15th century crane on 1856 photo of the Cologne Cathedral

This question is not directly related to the main object on the 1856 photograph, but rather to the 15th century crane you can see in the top left corner. Just ran into this photo, after playing with my other "crane" topics.


An 1856 photo of Cologne Cathedral, then unfinished,
with a 15th-century crane on south tower. 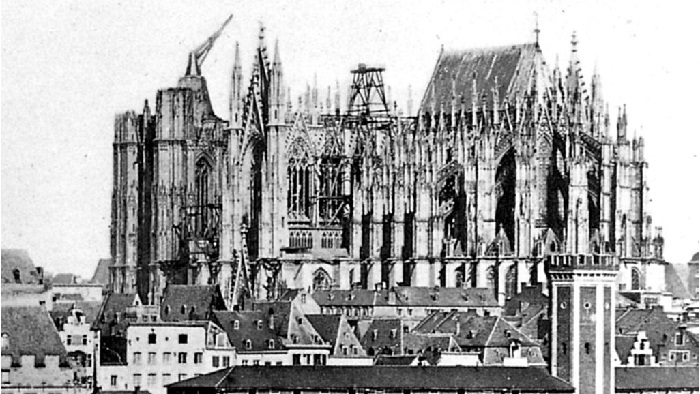 ​
Simple mathematics suggest that even if they mean 1499 for the 15th century, and the photograph was taken in 1856, the crane survived in the elements for at least 357 years.

Question: what was this 15th century crane made of to survive for 357 years in the "tall and proud" original position?

To put this into perspective, it's like if this crane would be standing today, after getting installed in 1661.
Click to expand...