Once again, this is supposed to be common knowledge, for it is googlable, and can be found on Wikipedia, as well as on a whole bunch of other resources. Yet, I doubt that things similar to the ones presented below are being taught at school. If they are, they are probably being presented as some natural part of the Industrial Revolution.


Giovanni Caselli
It was another 100 years before Caselli's technology became popular... 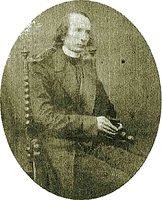 1815 - 1891
​
Meet Father Giovanni Caselli (1815 - 1891). He was an Italian physicist, inventor and priest. He is the inventor of the pantelegraph, the predecessor of the modern fax machine. The world's first practical operating facsimile machine ("fax") system put into use was by Caselli.
At the beginning of his career he was studying literature, history, science and religion. Caselli was appointed a member dell'Ateneo Italian. Besides his interest in science and physics he studied to become a Catholic priest. In 1836 Caselli was ordained.

In 1841 he went to Parma in the Province of Modena to become a tutor for the sons of Count Marquis Sanvitale of Modena. In 1849 he participated in the riots and voted for annexation of the Duchy of Modena to the Kingdom of Sardinia. Because of this he was forced out of Modena whereupon he returned to Florence. In that year he became a professor of physics at the University of Florence. In Florence he studied physics under Leopoldo Nobili. These studies involved electrochemistry, electromagnetism, electricity and magnetism. Caselli started a journal called "The Recreation" in 1851 which was about the science of physics written in laymen's terms.
Anyways, one of the telltale signs of "something ain't right there" is the lack of photographs during the age of photography. Father Caselli died in 1891. Apparently he is considered to be the inventor of the first fax-like machine. Yet, below, you can see just about every single image we have to account for his existence. 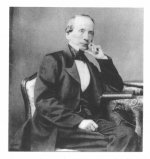 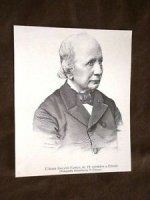 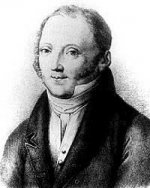 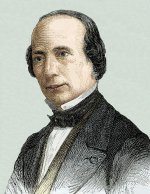 FAX aka Pantelegraph
1856​
Pantèlègraph is a portmanteau from "pantograph", a tool that copies words and drawings, plus "telegraph", an electromechanical system that sends messages through a wire over long distances. 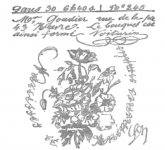 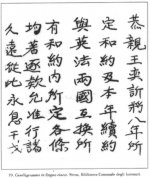 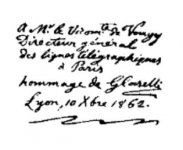 ​
The technology is relatively simple. An image is made using non-conductive ink on a piece of tin foil. A stylus, that is in the electrical circuit of the tin foil, is then passed over the foil where it lightly touches it. The stylus passes with parallel scans slightly apart. Electricity conducts where there is no ink and does not where there is ink. This causes on and off circuits matching the image as it scans. The signals are then sent along a long distance telegraph line. The receiver at the other end has an electrical stylus and scans blue dye ink on white paper reproducing the image line-by-line, a fac simile (Latin, "make similar") of the original image. 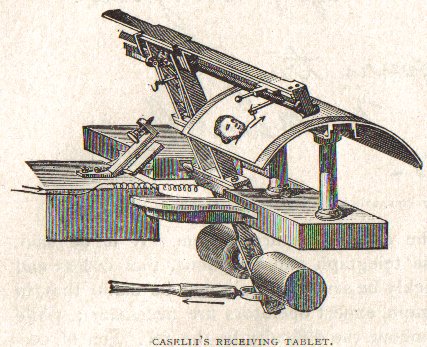 Caselli made a prototype of his system by 1856 and presented to Leopold II, Grand Duke of Tuscany, in a demonstration. The Duke was so impressed with Caselli's device that for a while he financed his experiments. 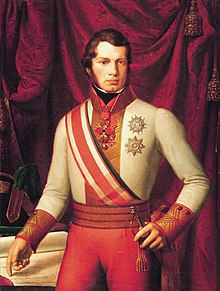 ​
When the Duke's enthusiasm waned Caselli moved to Paris to introduce his invention to Napoleon III. Napoleon immediately became an enthusiastic admirer of the technology. Between 1857 and 1861 Caselli developed out his pantelegraph in Paris under the guidance of French inventor and mechanical engineer Léon Foucault. 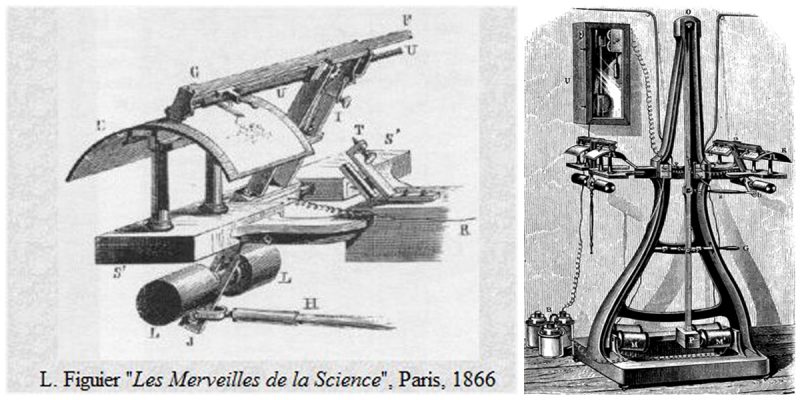 In 1858 Caselli's improved version was demonstrated by French physicist Alexandre-Edmond Becquerel at the Academie of Science in Paris. Napoleon saw a demonstration of Caselli's pantelegraph in 1860 and placed an order for the service within the French national telegraph network that started the next year. Caselli had access to not only the French telegraph lines for his pantelegraph facsimile machine technology, but finances were provided by Napoleon. A test was done successfully then between Paris and Amiens with the signature of the composer Gioacchino Rossini as the image sent and received, a distance of 140 km. A further test was done then between Paris and Marseille, a distance of 800 km, which was also successful. French law was enacted then in 1864 for it to be officially accepted. The next year in 1865 the operations started with the Paris to Lyon line and extended to Marseille in 1867.
Caselli patented his pantélégraphe in Europe in 1861 (E.P. 2532) and in the United States in 1863 (No. 37,563). Caselli's pantelegraph started out so successful that Napoleon awarded him the Legion of Honor. Parisian scientists and engineers started the Pantelegraph Society to share ideas and concepts about the pantelegraph.

The French Legislature and Council of State authorized a permanent line between Paris and Marseille. In England they authorized an experimental line between London and Liverpool for a four-month period. Napoleon bought Caselli's pantelegraph as a public service and put into place for the transmission of images from Paris to Lyon. It was in place until the defeat of Sedan in 1870. Russian Tsar Alexander II put in an experimental service in place between his palaces in Saint Petersburg and Moscow between 1861 and 1865. In the first year of operation of the pantelegraph the system transmitted almost 5,000 faxes, with a peak of faxes being sent at the rate of 110 per hour. In spite of all this, the technology developed so slowly to make it fully reliable that it fell into oblivion.

Caselli ultimately gave up on his invention and returned to Florence where he died.

It was another 100 years before Caselli's technology became popular.​

KD: What's funny about this article is that I did not have to dig for the info at all. Wikipedia told me that future Father Caselli displayed interest in science and physics while studying to become a Catholic priest. Due to his political views he was forced to run from Modena to Florence in 1849. That same very year he became a professor of physics at the University of Florence, after which he invented a fax machine. In the process he was assisted by a guy whose pendulum is one of the cornerstone proofs of the heliocentrism. His fax machine was in use all over Europe to include Russia. Regardless of its popularity it fell into oblivion, and Caselli gave up on his invention. 100 years later we started using this technology again.

I think we have seen very similar instances before, but I am not going to force my opinion onto anyone else. I think it's a BS story and we are being lied toonce again.

Caselli I ran into by accident, but then I looked for the 19th century fax technology development on purpose. And once again, Wikipedia provided some great assistance on the matter.
They most likely forgot to mention 50 other 19th century fax "inventors". One of those was Alexander Glen with his 1886 facsimile telegraph system. 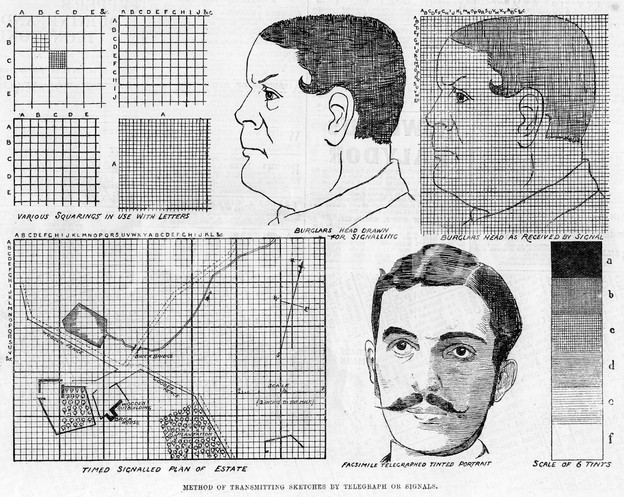 They also forgot to mention certain Mr. Amstutz of Cleveland, Ohio with his 1896 Facsimile or copying telegraph system. Poor Noah Steiner Amstutz did not even get his own Wikipedia page. Take a look at his colored photoengraving technique to see if he deserved one. 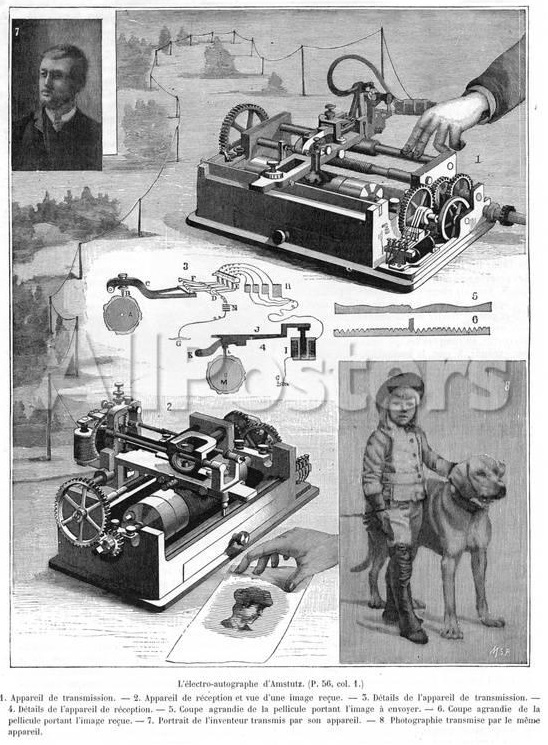 Wireless Fax in 1900
And here is something to research on your own. 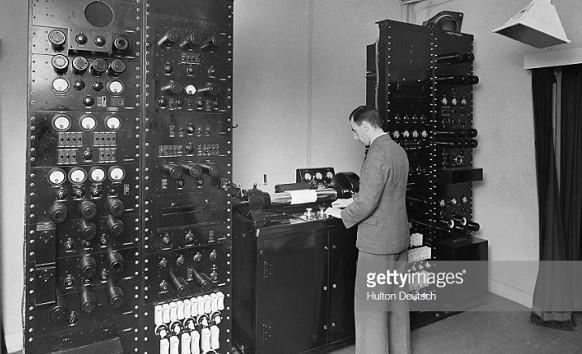 Victoria, London, England, UK. January 01, 1900​
A man operating the Marconi facsimile telegraph system which is used for the transmission of pictures by wireless between England and America and England and Australia. This one is probably questionable, but caption says what it says. The image is out of the Hulton-Deutsch Collection/CORBIS/Corbis. I assume the caption is from there as well.
Click to expand...