Mud Flood evidence in the City of Port Townsend, WA

Recalling that Elmer H. Fisher found enough time in 1889 to distinguish himself in Port Townsend as well, I decided to go for a nice, 100 mile drive to visit this wonderful city. Western Washington State was kind enough to grant some mighty fine sunny weather.

Port Townsend is a pretty small place with some remarkable history. To save time, I will allow myself to use the below Wikipedia data.

"The bay was originally named "Port Townshend" by Captain George Vancouver in 1792. The official European-American settlement of the city of the same name took place on April 24, 1851. Port Townsend is also called the "City of Dreams" because of the early speculation that the city would be the largest harbor on the west coast of the United States. By the late 19th century, Port Townsend was a well-known seaport, very active and banking on the future. Many homes and buildings were built during that time, with most of the architecture ornate Victorian.

Railroads were built to reach more areas in the 1870-1890s and Port Townsend was to be the northwest extension of the rail lines. Its port was large and frequented by overseas vessels, so shipping of goods and timber from the area was a major part of the economy. Many of the buildings were built on the speculation that Port Townsend would become a booming shipping port and major city. By the late 1890s, the boom was over. Without the railroad to spur economic growth, the town shrank and investors looked elsewhere to make a good return." - Wikipedia

I have to say, that the place is nice, sweet, and beautiful. Granted it was a sunny day, but the architecture of the historic waterfront district was breathtaking. I suppose it could not be any other way, considering that Mr. Fisher contributed to its architectural identity.


The Mud Flood​
Approaching the historic district, I couldn't help it but notice, that there was some obvious groundwork performed along the main waterfront road (Water Street - Google Maps). This visible dirt appears to be some sort of sediment, and looks almost vertical. I was unable to find any documented evidence of the groundwork performed in the past. While the totality of the below offered circumstances, suggests that there had to be some sort of human intervention, I am ready to accept that there might be no documented poof of any. This dirt wall goes behind a good chunk of the historic district, with the line clearly visible in Google Maps. 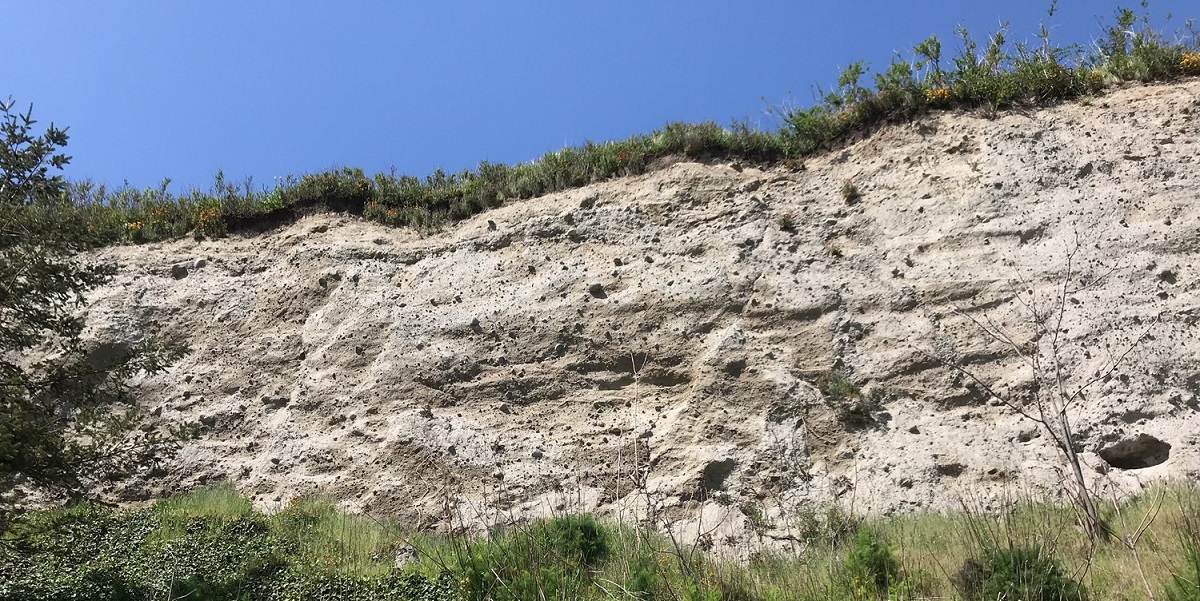 ​
The telltale sign of a possible Mud Flood was present from the very beginning. Just about every single building along the street had bottom level windows well below the street level. Some of the buildings had this type of windows in the front, and some in the rear. Honestly, they were all over, if you choose to see them. Frankly speaking, a few of the windows were decently hidden, subliminally adding to the theory of a recent Mud Flood. I really liked this window in the picture below. Even the building owners did not know what to do with it. So they just boarded it up. Trust me, the window is there.

​
In general, it is fairly obvious, that the city is covered with 6-10 feet of mud. In some places it is more, and I will demonstrate it in a few of the below pictures. One of the most obvious buildings matching this criteria is the Jefferson Museum of Art and History. If you are ever in Port Townsend, do yourself a favor and stop by. The admission is only $6, and they have some real neat things inside, to include a former jail. This building is additionally interesting due to consisting of two separate buildings connected together. Majority of the adjoined buildings is still associated with the official government business. The building on the left was built after the Mud Flood, and the one on the right before. Needless to say, the building on the left has all the ground level windows above the street level.

The one on the right is dated. .MDCCCXCI. = 1891, but I doubt that this is an accurate date of construction. 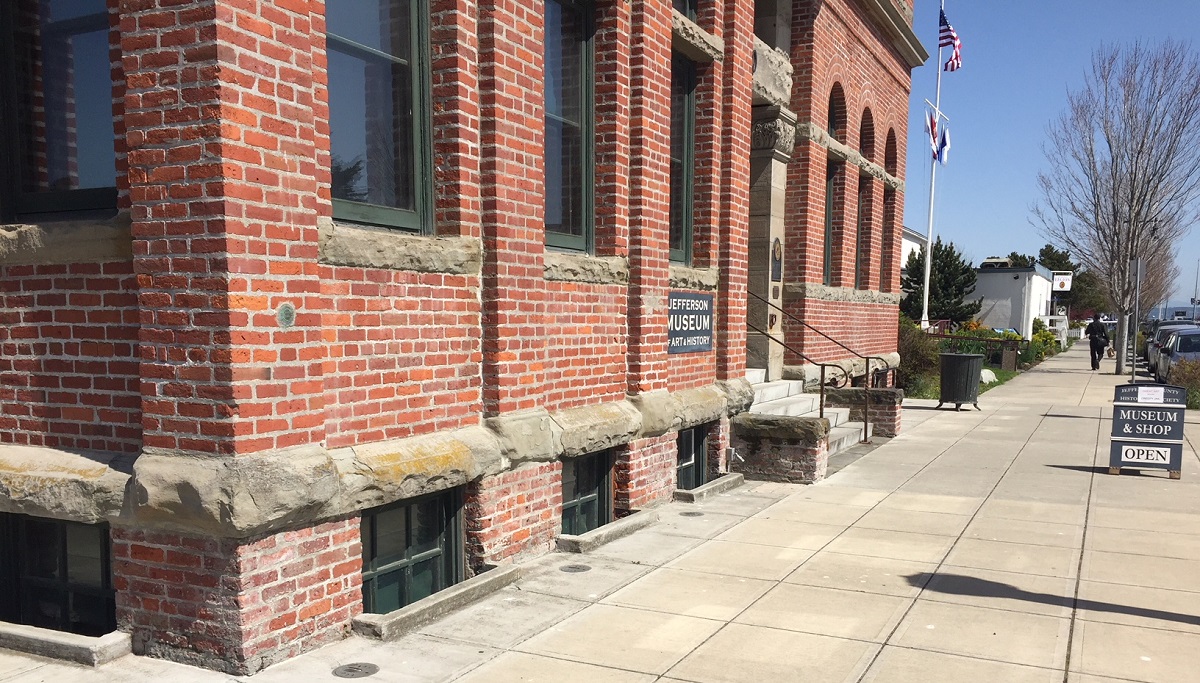 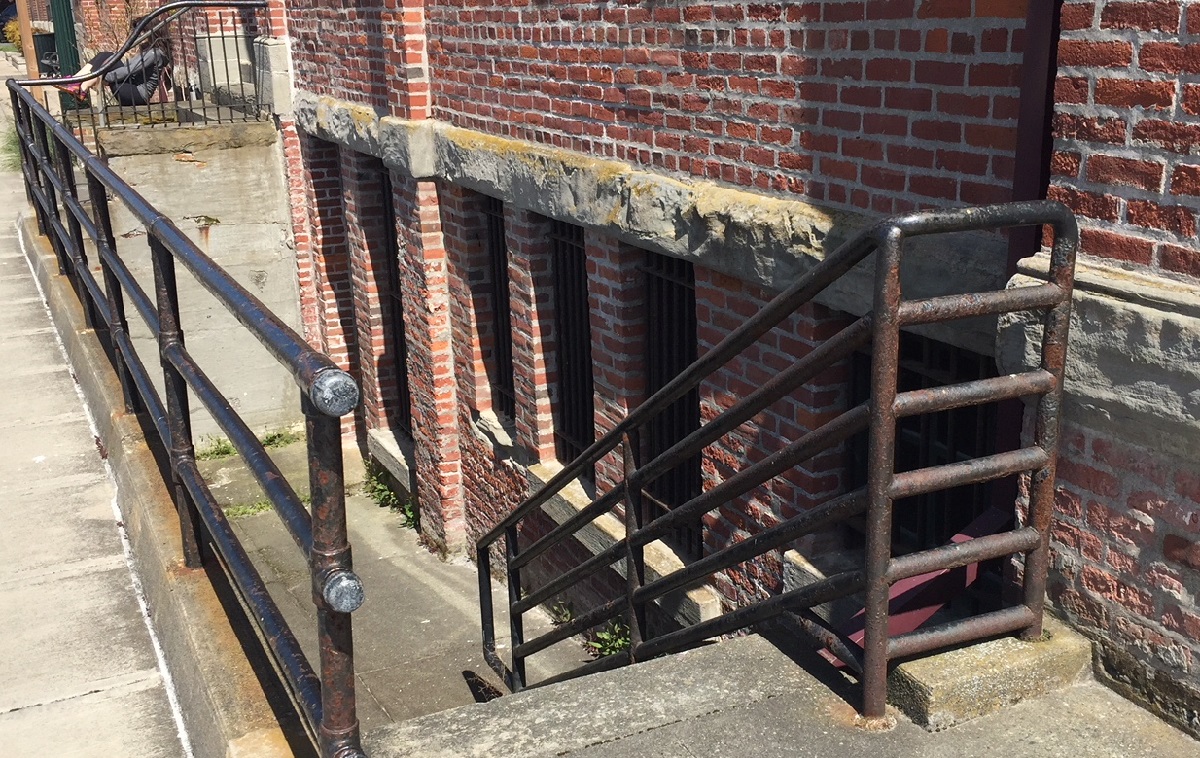 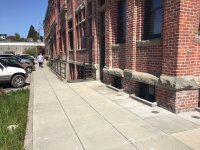 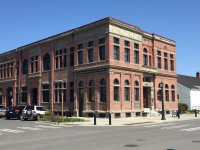 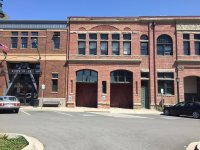 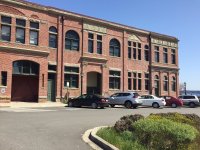 ​
Just about every 19th century building displays the below features. Sometimes you have to walk around the building to find these "sunken" attributes of the Mud Flood. 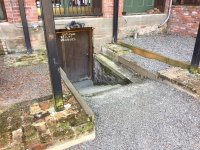 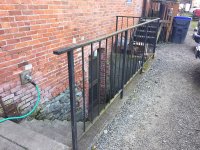 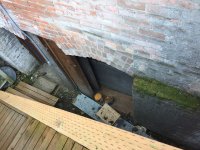 ​
Additionally, we have some humongous doors (giants?). And, as you can see, there are things beyond any sort of explanation, like this huge doorway, accommodating a regular size door, and three small windows. Watch your step too 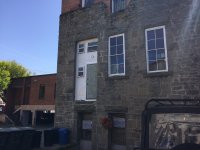 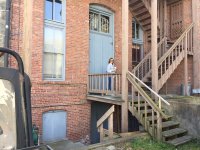 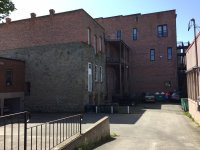 ​
And as I mentioned earlier, here is the building, partially buried under 20-25 feet of dirt on one side. It looks like it was built into the hill, but I have my doubts it was the intended design. I wish I went down and took an upward picture, but it is what it is. IMHO, the building was either partially dug out from the sediment, or the slide stopped in a very bizarre manner.

I also suspect there are some underground passages similar to the Seattle and Co. ones, for we have distinctive skylights built into the sidewalk in front of this very same building. 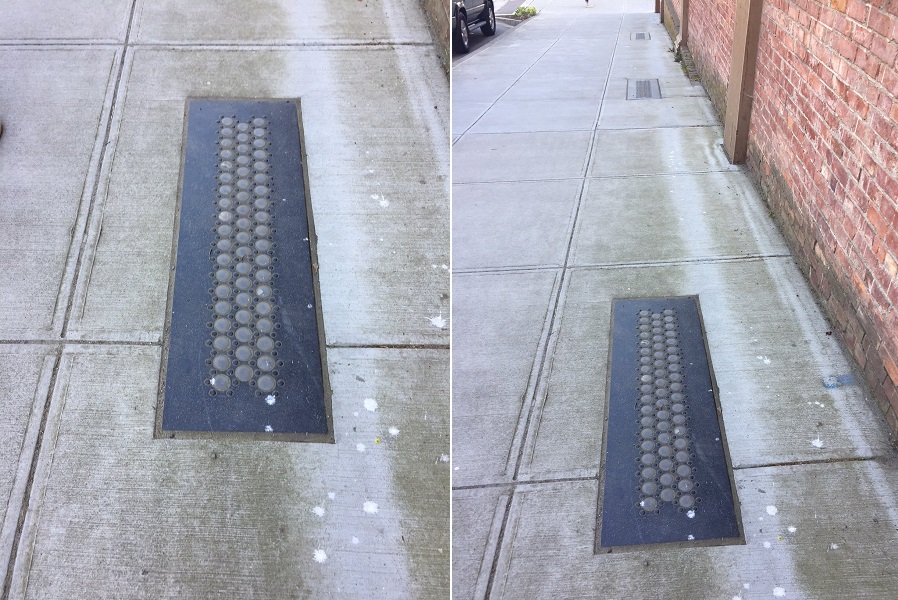 ​
Basically, this is it. Below are some additional photos I took while in Port Townsend. 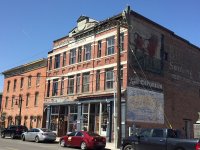 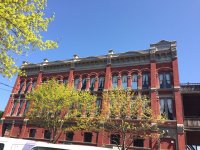 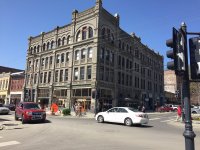 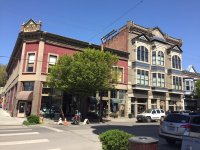 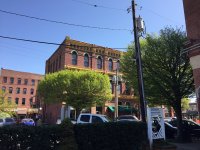 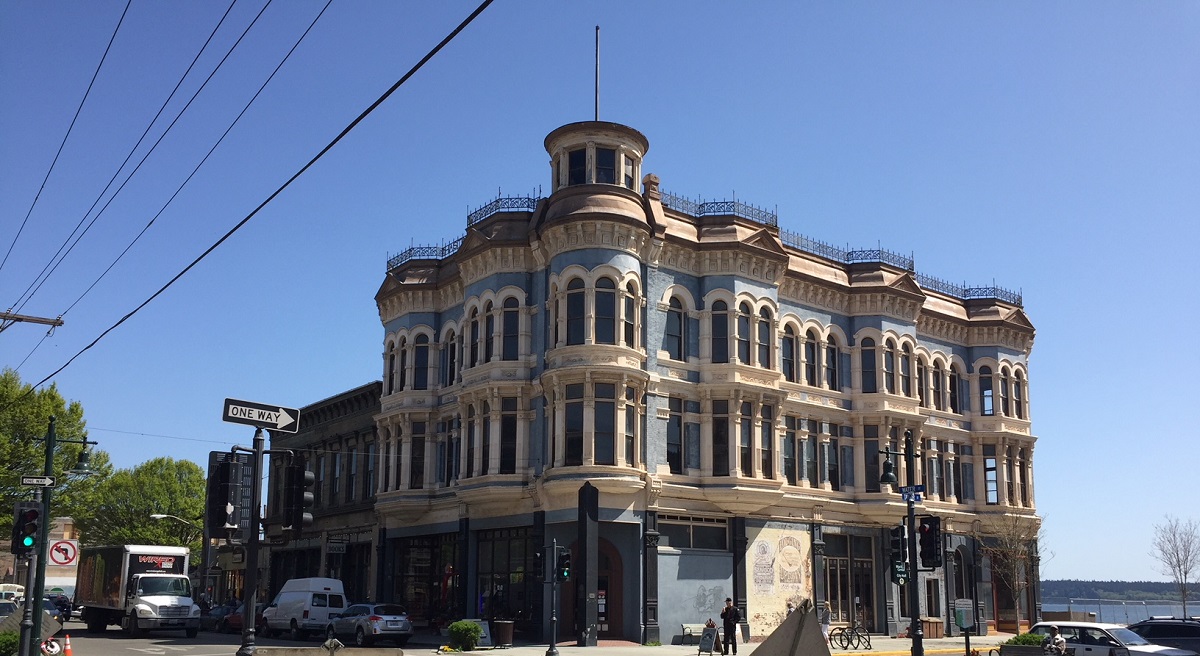 ​
Here is what this Hastings Building looked like around 1890s. 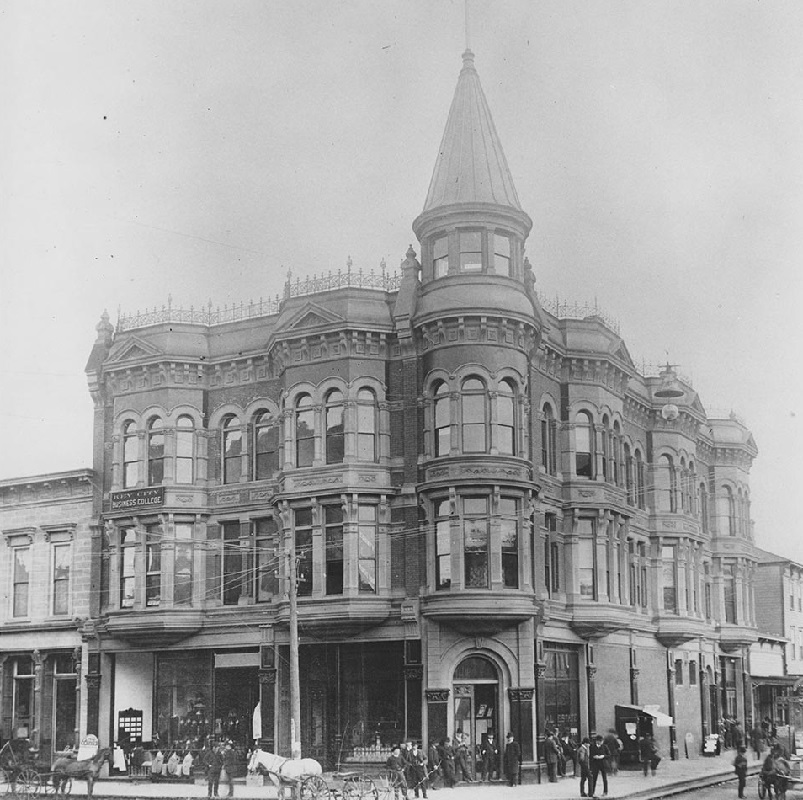 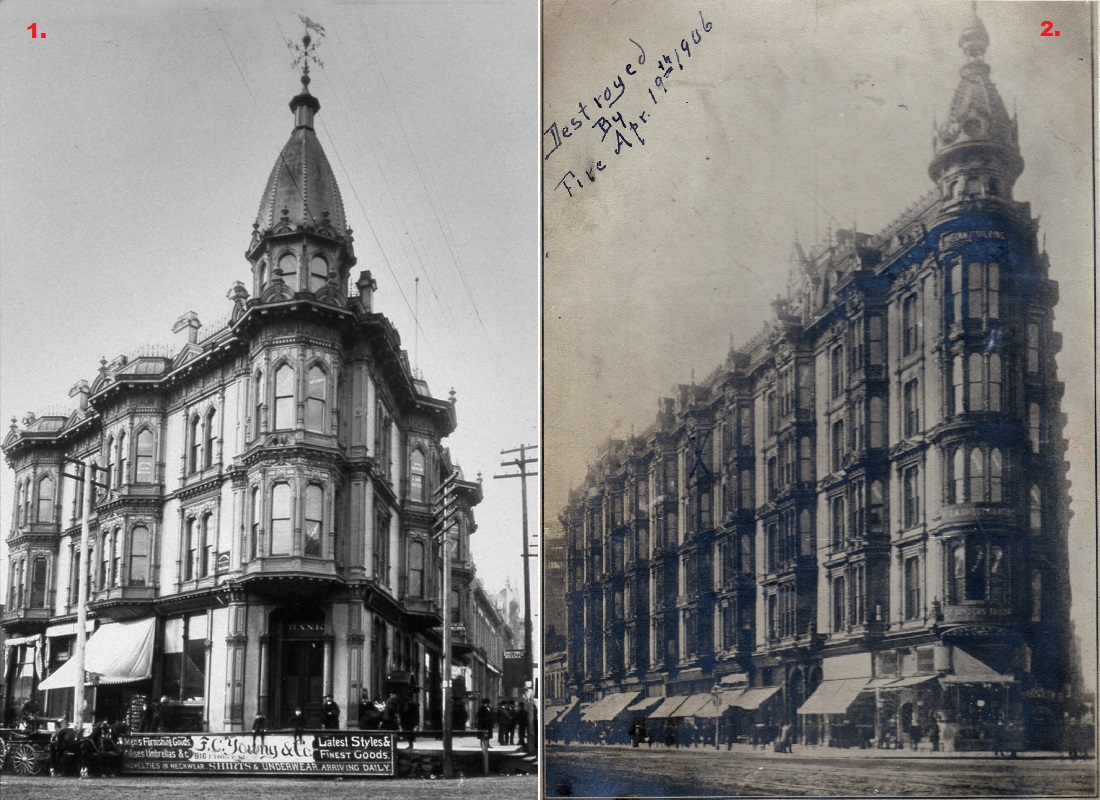 Should probably mention Rees-Winans Block in Walla Walla, WA. What a transformation... may be i should visit Walla Walla. 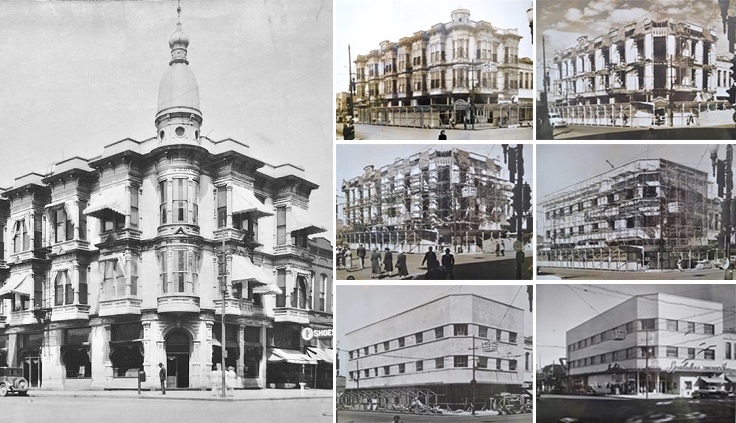 KD: Port Townsend displays the same properties inherent to the other Mud Flood affected cities. Whatever explanations for the above (if any), were provided by the officials, I do not know. Pretty sure those would include some kind of cultural layer variations.

Different place poses the same question. What happened here, and why do we not remember it?
Click to expand...