A strange coin was produced in Poland (allegedly). It’s in the shape of the Crimea peninsula.

It depicts:
Question: what does all of the above have in common, why it ended up on the same coin, and what is it supposed to mean in reality? 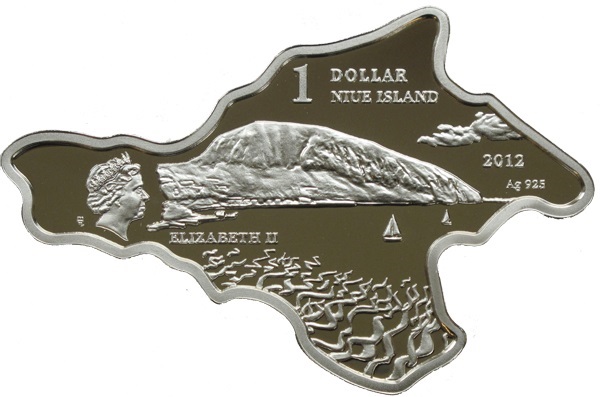 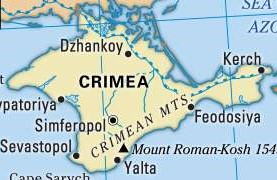 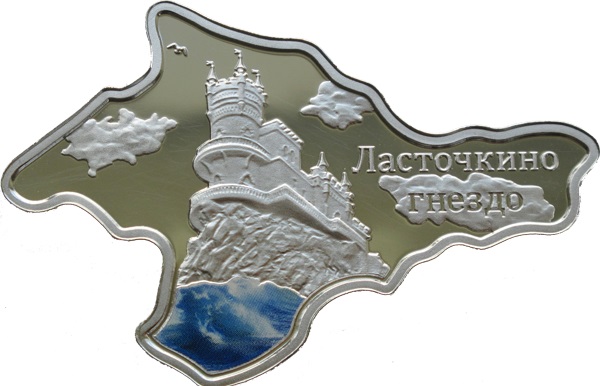 KorbenDallas said:
what does all of the above have in common, why it ended up on the same coin, and what is it supposed to mean in reality?
Click to expand...

Well, let’s try and work this out. It is a very odd coin, that’s for sure. To address some concerns that I saw on a certain doppelgänger website, I also cannot figure out how to verify this came from the Polish mint. This Russian language site seems to get as close as I can find and if anything, it makes it more curious:

So this Crimean coin of ours was minted, allegedly by order of the local government, by the Mint of Poland

A coin in the form of the Crimean peninsula was issued by the Mint of Poland from silver 925, weighing 14.14 g, with a circulation of 3,500 pieces.
Click to expand...

What sort of order would led to such a coin?

So taking the four elements together, we can get two commonalities: the castle is located in the Crimean peninsula and Niue Island is part of New Zealand which is part of the British Commonwealth, hence the Queen. So what’s the connection between Crimea and the British Commonwealth? I suspect it lies somewhere in here:
So, briefly, we see that citizens of New Zealand did participate in the Crimean War. But I fail to see why specifically Niue Island would be singled out, as it seems very unlikely that anyone from there would have fought in the Crimean War, as it seems the population mostly consisted of natives until the 20th century (per the wiki linked in the OP). This seems to be yet another subject I would need to come back to in order to less loosely tie things together, I’ll add it to the 100 tabs that I have open (hah). But in the meantime, these two perhaps unimportant but interesting facts stood out to me about Niue Island:

The first Europeans to sight Niue sailed under Captain James Cook in 1774. Cook made three attempts to land, but the inhabitants refused to grant permission to do so. He named the island "Savage Island" because, as legend has it, the natives who "greeted" him were painted in what appeared to be blood…
Click to expand...

A dark-sky preserve (DSP) is an area, usually surrounding a park or observatthat restricts artificial light pollution. The purpose of the dark-sky movement is generally to promote astronomy.
Click to expand...

Now maybe I’m just completely grasping at straws here, but it’s interesting that this article below refutes that Niue is the first “Dark Sky Preserve nation”.

On April 22, 2015, IDA issued a press release naming the Kaibab Paiute Reservation as its first Dark Sky Nation. According to the press release, “never before has an entire group of ethnically and linguistically related people come together to collectively embrace dark-skies principles. As a result of the Kaibab Band of Paiute Indians’ work to protect the pristine night skies over its northern Arizona territory, IDA is pleased to announce the designation of the Kaibab Paiute Indian Reservation as an International Dark Sky Community. The IDA status makes the Kaibab Paiute truly the world’s first dark sky nation.”
Click to expand...

Praise be to the Dark Skies, the Great Unifier of Already Unified People (or something)! So about these “ethnically and linguistically related” folks, the Southern Paiute people, wiki says:

The first European contact with the Southern Paiute occurred in 1776, when fathers Silvestre Vélez de Escalante and Francisco Atanasio Domínguez encountered them during an attempt to find an overland route to the missions of California. They noted that some of the Southern Paiute men "had thick beards and were thought to look more in appearance like Spanish men than native Americans".
Click to expand...

Just a coincidence that the two dark sky preserve nations are located in areas where the indigenous population first encountered Europeans at roughly the same time? Maybe. And this probably has nothing to do with the coin, but the synchronicity struck me (like how you strike a coin! See, totally on topic!)
Last edited: Jan 25, 2022

Interesting article. Thanks.
The coin is still for sale at the odd price of $77.77