WW1 No Man's Land: Monsters of the Trenches

With so many possible sources out there, this info come from the Smithsonian Magazine. 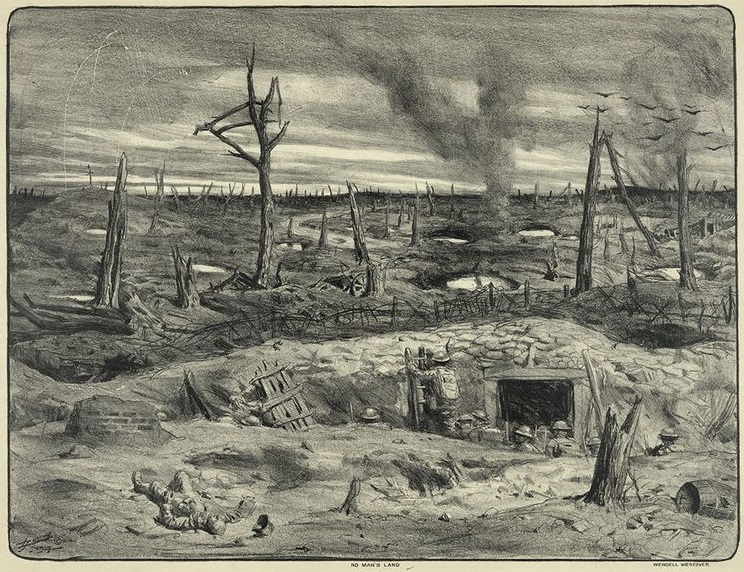 During the Great War that a legend arose out of the real-life horrors that occurred in this wartime hellhole. Part Night of the Living Dead and part War Horse, like all oft-told tales, it had several variants, but the basic kernel warned of scar-faced and fearless deserters banding together from nearly all sides - Australian, Austrian, British, Canadian, French, German, and Italian (though none from the United States) - and living deep beneath the abandoned trenches and dugouts. According to some versions, the deserters scavenged corpses for clothing, food and weapons. And in at least one version, the deserters emerged nightly as ghoulish beasts, to feast upon the dead and dying, waging epic battles over the choicest portions.
Here is an interested related podcast:

KD: Wondering how much of a legend we have in this legend. Could we have a cover up of sorts?
Click to expand...