Buy for $11.74
Queen Calafia, the main character of a sixteenth-century Spanish romance about an island overflowing with gold and populated by Amazon-like women, is incensed when she hears that we have adopted her name for our state. Being the good and reasonable queen that she is, she’s willing to hear from twenty-six animals about why California is worthy of her name. But if she decides it isn’t, she’ll launch an army of goddesses riding griffins to wreak her vengeance! Each animal characterizes California in a key cultural object or historical event: for example, the swordfish describes the tomols of the Chumash people, while the gull tells Calafia about the Gold Rush. Large, intricate illustrations display a wealth of research into every subject, rendered with the highest level of artistic skill. 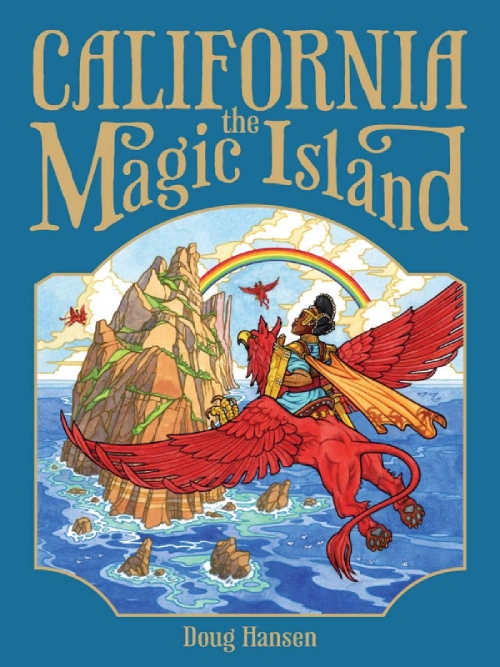 More majestic than most ABC books, California, the Magic Island is a delightful exploration of what makes California worthy of its regal name.