Ancient bridge construction as presented by Piranesi in the 18th century

Trying to comprehend the improbable is hard enough. Taking it to a different level would be trying to understand the impossible. The known level of technology in the mid-18th century is refusing to support advanced engineering presented on the below Piranesi engravings.

Piranesi's engravings demonstrate our world as it was after some global mud-flood related catacataclysm. 1720-1778​
From the traditionally taught point of view, both of the above questions are incorrect from the get go. Today's scholars preach that Piranesi's images influenced future Romanticism and Surrealism. In other words, he was making stuff up. Sounds pretty similar to our cartographers of the past, who were accused of filling in blank spots on the maps with some fake data.

Well, here is one additional example of something made up by Giovanni Battista Piranesi. This time it is going to be a few bridge building plans, and images of the constructed bridges.

Whoever chooses to pay close attention will notice, that this bridge is like an iceberg. What we see above the water is a small portion of what's hidden below.

Comparing rare humans depicted in the drawings to the magnitude of the structures, I could only wonder how they managed to pull it off. Did those construction workers of the past have to reroute the river to lay this huge complicated foundation?

How could Piranesi know all this? Did he come up on some old documents, and just copied those? 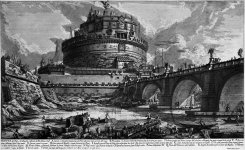 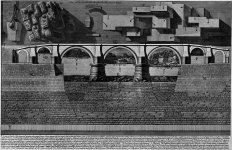 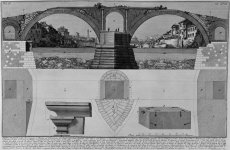 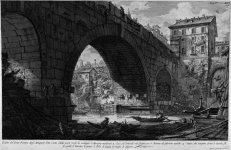 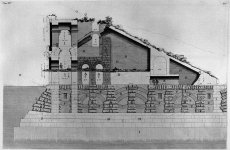 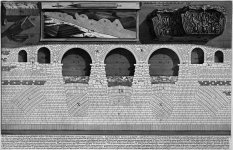 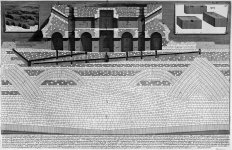 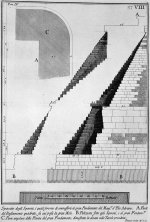 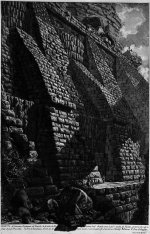 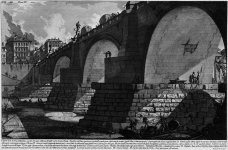 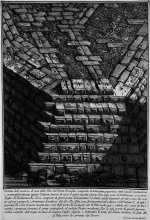 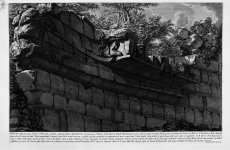 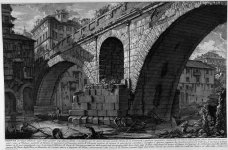 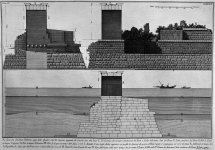 ​
There is an article in Wikipedia about this type of bridges. They are called Skew Arches. Nowhere in that article does it show what's below the surface. Why? The same Wikipedia article lists quite a few examples of these Skew Arch Bridges. The last one was built over 110 years ago. Go figure. It's prior to the magic 1920 date.

Apparently we do not build bridges like this any more. Today, our civilization is using techniques which fall in line with the direction of our technological development. It sure does make sense. Could we build a bridge like in the images above? Sure we could, but it would probably cost its weight in gold. Obviously it is much easier to use a more practical, and better understood approach. Yet, for the ancients this type of construction appeared to present no problem what so ever. What did they know, that we don't? 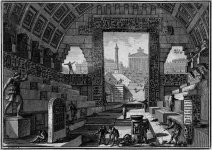 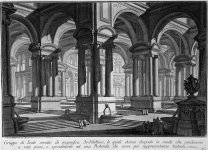 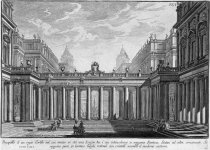 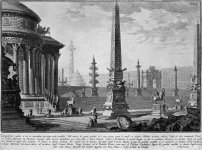 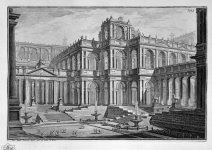 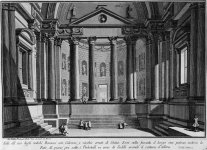 ​
We also do not construct buildings like this any more. Could it be for the same very reason?

This group of engravings only shows a few buildings. At the same time these several structures would probably require a factory (or two) to supply the construction, an institution to provide human resources, a transportation company to deliver everything, and quality control to make sure they do not collapse. And the quality was pretty high. Some of the buildings are still there for you to enjoy. 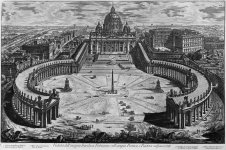 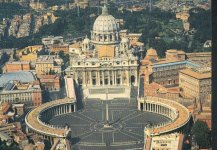 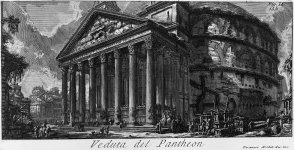 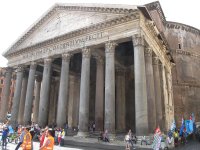 ​
Of course we could assume an ignorant approach, and say, they simply laid brick after brick, and the end result was this bridge, or that three story 50 foot building. The other option would be searching for an answer. Both are available.
Click to expand...