Traditional knowledge states: Ivan Petrovich Kulibin (April 21, 1735 – August 11, 1818) was a Russian mechanic and inventor. He was born in Nizhny Novgorod in the family of a trader. From childhood, Kulibin displayed an interest in constructing mechanical tools. Soon, clock mechanisms became a special interest of his. His realizations as well as his prolific imagination inspired the work of many. Additional information available: Wikipedia.

This clock is on display at The State Hermitage Museum in Saint-Petersburg, Russia. 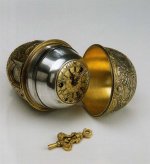 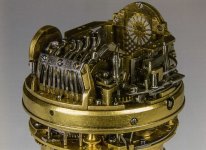 ​
So what is so special about this clock ? Let us take a look:
The best video I could find appears to be in Russian language. There are quite a few items displayed in that video. Hopefully at some point we will get to reviewing some of those. For right now we are interested in this clock. To save time you can adjust YouTube player to 1:35.

​
Ok, so now when we established that this is a work of art, let us see the environment and circumstances surrounding the creation of this masterpiece.

According to Russiapedia: Kulibin was born in 1735 into a merchant's family in the town of Nizhny Novgorod. A local psalmist taught him to read, write, and count, and this was the only education he received aside from his own efforts to teach himself. His father, Pyotr Kulibin, wanted him to become a merchant, and accordingly made him work as a vendor, but the young Kulibin was more interested in mechanics and reading than in the family business. He turned his room into a workshop, made mechanical toys and tools for the household and for sale, and dreamed about becoming an engineer. 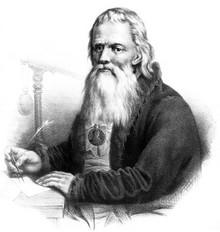 What we get out of this is that Kulibin was taught to read, write and count. He wanted to learn new things and was interested in mechanics and reading. He lived in Nizhny Novgorod. Google Translate of article Development of the culture of the Nizhny Novgorod region in the 17-18th century states that in 1718 a very first local school teaching mathematics was opened. Additionally, in 1721 the Slavic-Greek school was founded, which in 1738 was transformed into a seminary. This is what was available for education to Kulibin. But as it was stated he was schooled by a local psalmist who taught him to read, write, and count. No additional outside education was received. Everything else Kulibin taught himself.

Let us move on to the reading portion. Kulibin enjoyed reading. What books could be available to read in mid-eighteenth century in Russia. Figuring out book availability at the time was not easy. But it appears that books were very rare and only a few were around. Once again Google Translate assisted with an article: How much did the book cost in Russia? I will keep the translation language unchanged: It is clear that very few people could afford to collect the library. Some information on Old Russian libraries has reached us. The largest collections of books in those days were most often with monasteries. The large library was in the Kirillov-Belozersky monastery in the XVII century. There were 473 books. In the Trinity-Sergius Lavra there were 411 books, in the Iosif-Volokolamsky Monastery - 189.

Same source states: In the middle of the 16th century, the first printing house appeared in Moscow. But for a long time, during the 17th and even the 18th century, the copyist's work remained a living, undying profession.

Appears that whatever libraries existed at the time were predominantly monastery based. It is hard to imagine that those libraries maintained extensive collections of books related to engineering, mathematics, physics. Books clearly were very rare and not cheap. So it is very hard to imagine that some boy from a merchant's family would be able to get a hold of the books required to teach him everything required for building complex engineering mechanisms (limited in space).

Let us take a look at what a clock/watch mechanism looks like. Let us not consider this super advanced so-called "ahead of their time" masterpieces of the past. Let us look at a regular clock mechanism from the 18th century. 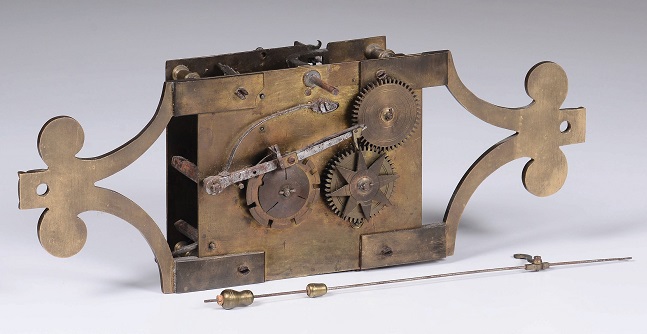 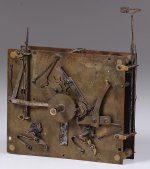 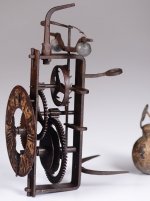 ​
Clearly there were some much better and more advanced examples of the clocks and watches. But these ones probably represent the most common and less expensive items of those times. They also show a sharp contrast between what was really possible and those "ahead of its time" items.

What existing technology was available to the society at the time? We see too many contrasts. So let us consider government resources. What does every government (let's not bring in the US Federal Reserve controversy here) issues, and maintains, and protects? Correct, it's own money. Well let us take a look at the coins minted in Russia around 1750. While golden and silver coins are clearly of better quality, this is what represents the level of technology available to the most powerful person in Russia (the Empress). 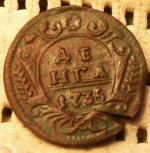 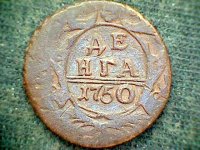 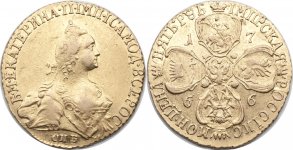 ​
Catherine the Great was probably Great for a reason. Upon seeing Kulibin's egg-clock she probably would have commanded him to fix the quality of her money at the very least. Money is something that everybody has some sort of access to. Those coins had her face on them. The face of the country.

Let us look at the transportation of the 18th century in Russia (and the rest of the world for that matter.) Where is the technology reflected in Kulibin's egg-clock?

Well let us move on and look at the egg-clock again. Those parts it consists off are tiny. Tiny and minuscule. Up to the point when the master would need optics to be making them. What tools were available in the 18th century? The below watchmaking tools are dated with 19th century and later. 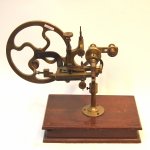 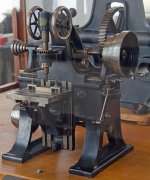 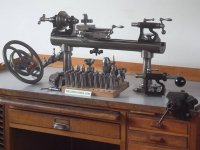 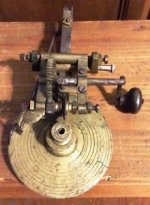 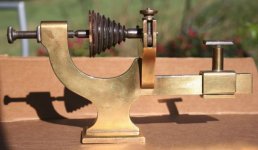 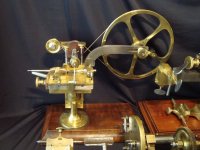 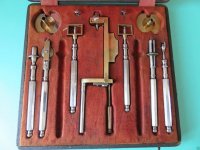 How do you make the below with the above? 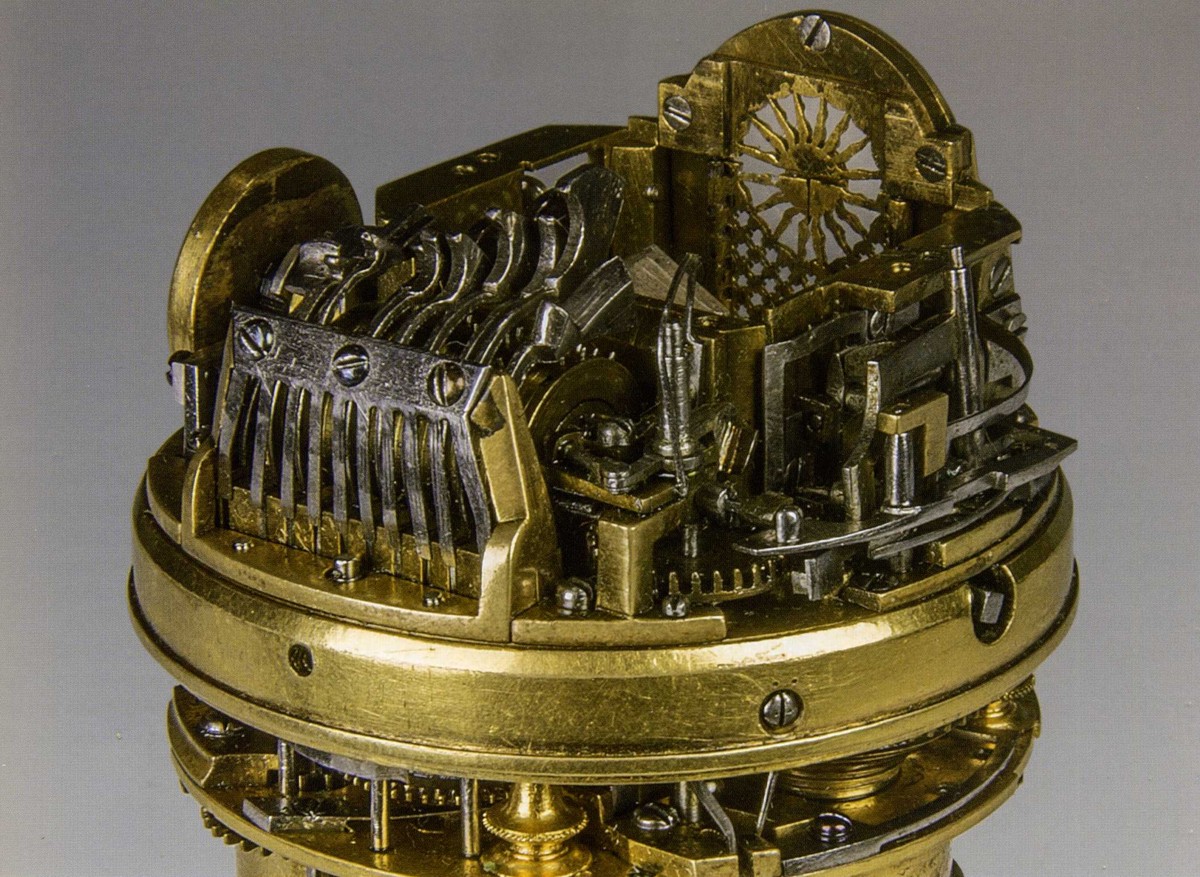 So what does it take today to become a watch/clock builder? I know nothing about watch making, so I asked Google. One of the schools provided was The British School Of Watchmaking. Let's see.


The WOSTEP 3000 Hour Program​
This course is centered upon preparing the students for employment as watch repairers in autonomous roles. Graduates are able to service, adjust (repair) and encase various products (both mechanical and electronic) available on the contemporary market. Watch repairers understand and apply various theoretical knowledge to repair situations where they may not have encountered a certain calibre or type of repair previously. Watch repairers are able to evaluate, adjust or manufacture certain components where necessary in order to resolve repairs.

The delivery strategy is based both on theoretical and practical elements.
Hmm. The 2 year course prepares the students to become repairers. Does not say watch makers in there. Some other watchmaking school states the following: This awesome word I noticed is Micromechanics:
Below is the contemporary 21st Century watch mechanism which is impossible to build without the knowledge of micromechanics. 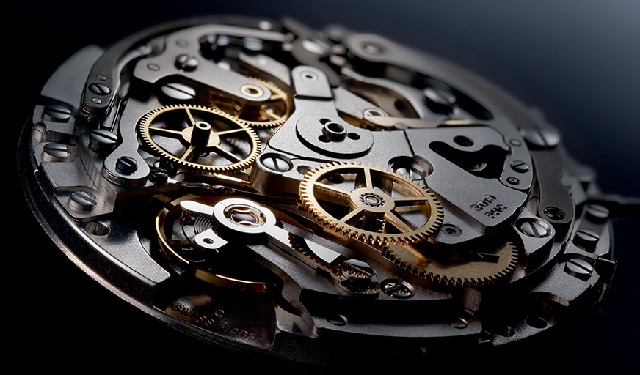 But Kulibin self educated himself into building the below prior to 1769. With the only difference that his watch has a theater and actors built into it.

​
If you have a watch/clock making friend, ask him or her what it would take today (with contemporary tools, optics, education, resources) in 2018 to match Kulibin's creation? You might be very surprised.

Summary of my endeavors here: while there are quite a few highly advanced and very old items available for our inspection in various museums of the worlds, there is a reason why those items are considered to be made "ahead of their time". There is a reason why they are being kept in those museums and why they are being valued and treasured. Those are abnormality. And they are clearly explained by the contemporary historians as achievements. Their existence means that they were made. We don't really know how, but if they exist it was achievable with our technology.

I strongly disagree with this. Were such items built 250 years ago? Quite possible they were. But they were built by the people who had institutional knowledge of constructing things like this. They had proper tools and adequate education for building items of comparable qualities. They were fairly comparably advanced human civilization which was annihilated a few hundred years ago. In some areas hey might have been even more advanced than ours. I will keep on providing circumstantial evidence of the existence of such a civilization.

Extreme interesting article KD! On the subject of coins, Here's a link of a clear example of PTB narrative.
How tf do they know it's from the "1500's"??
You must log in or register to reply here.
Similar articles