This has popped up in my Reddit feed today.

HARISH, northern Israel - A massive 5,000-year-old metropolis that housed some 6,000 residents has been uncovered alongside Israel’s newest city, Harish, during new roadworks. The 160-acre city is the largest Early Bronze Age settlement excavated in Israel, the Israel Antiquities Authority announced on Sunday.

The ruins clearly show a web of roads and alleys, as well as the design of the buildings. Among the most unique structures uncovered was a temple where religious rituals were performed. A seal imprint featuring the figure of a stylized man raising his hands in prayer and a head figurine were found at the site. 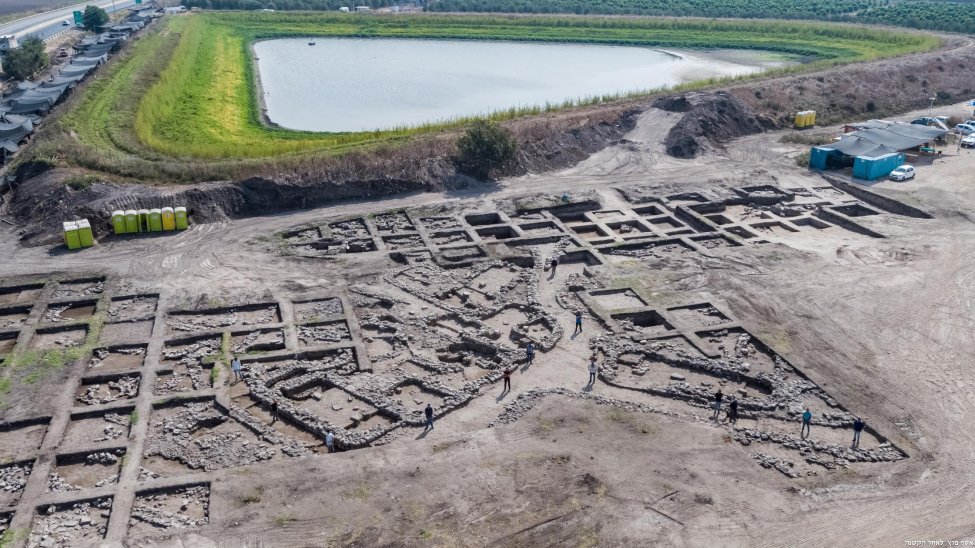 Been Raining Recently?
What are you guys hiding up there? 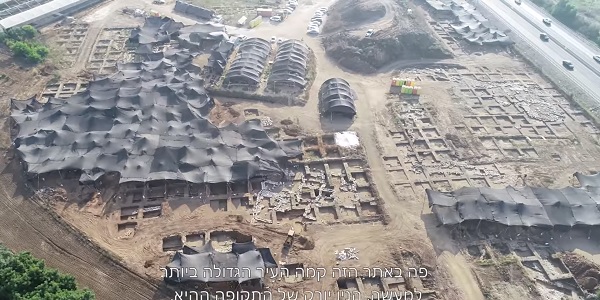 KD: Mainstream is so predictable in the BS they feed us, that it becomes easier and easier to question their made up lies and pseudo-scientific non-sense.


Ein Assur near Harish​
Fifteen second search for the location in Israel produces the location of this mysterious "5,000 year old" Israeli NYC. Google Mapped Harish shoes us the general location, and the triangular pond looking thingy pinpoint the site. I am not sure why they chose to substitute a rather convenient Tel Assor with Ein Assur, but what else is new, right? But... there is a method to their madness. 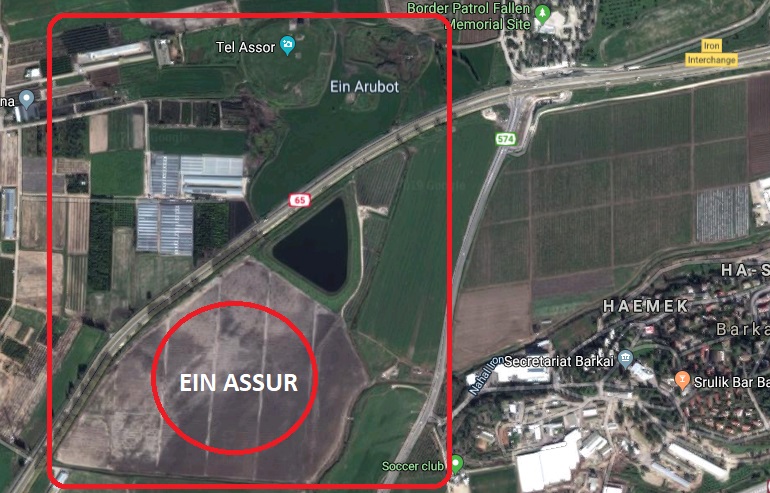 ​
Now we will establish a reference point, which is the city of Caesarea.

​
And one more reference point tied into the Dead Sea and the Sea of Galilee. 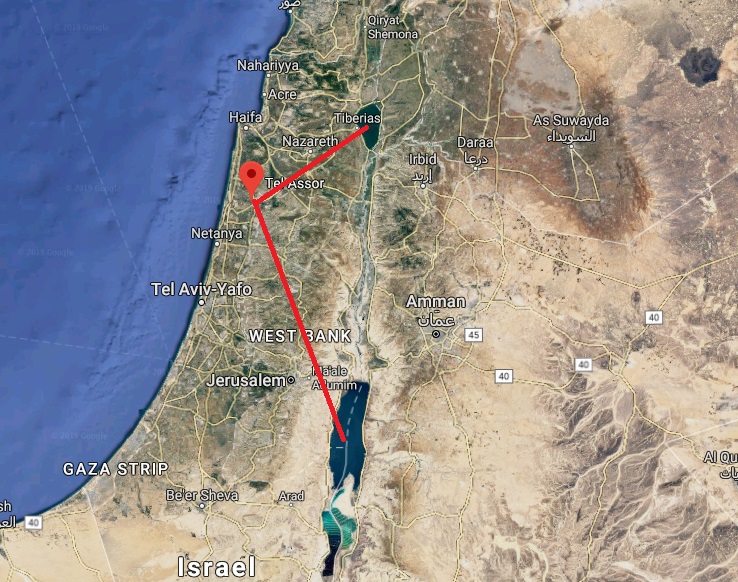 Real History​
Now we pull up the very first map pre-dating 1650. The one I stumbled upon was this 1629 Terra Sancta, Palestina map. As you can see we have a whole bunch of places out there.

Next, we do a bit of google translation. Our Ein Assur, where "Ein"- עֵין - is spring or fountain (other meaning also exist), and "Assur"-גֶּדִי- is a young goat. Now we turn to our 1629 map.


City of Gaser in the land of Ephraim

​
A little more googling, and we establish the following > "goat", a city in Ephraim. Well, and Gaser sounds very much like a geyser. Now we will add our reference points.
Oh, and apparently, Tel Aviv means “Spring Mound”. Essentially we have Tel Assor turned into Ein Assur. Why? 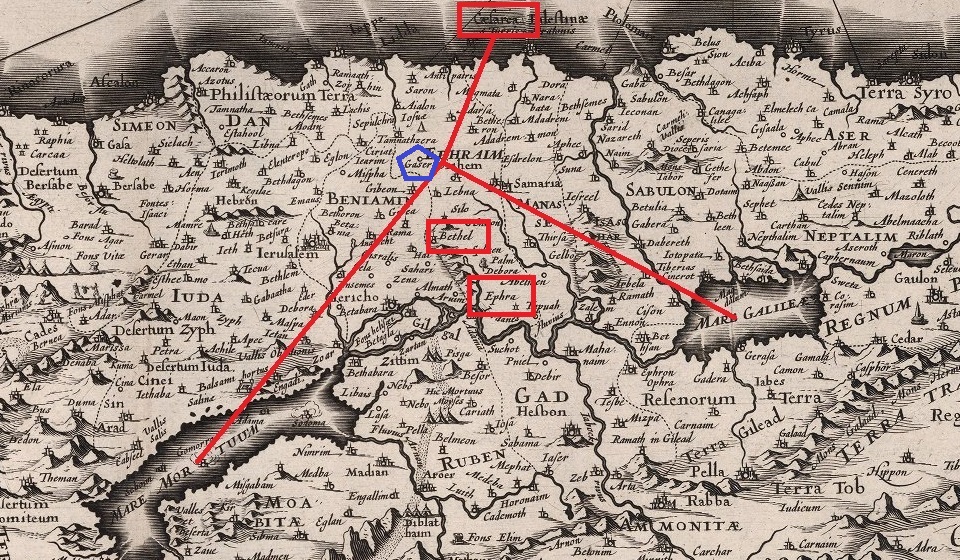 GASER-city​
Gezer became a major fortified Canaanite city-state in the first half of the 2nd millennium BCE. It was later destroyed by fire and rebuilt. The Amarna letters mention kings of Gezer swearing loyalty to the Egyptian Pharaoh. Its importance was due in part to the strategic position it held at the crossroads of the ancient coastal trade route linking Egypt with Syria, Anatolia and Mesopotamia, and the road to Jerusalem and Jericho, both important trade routes.
Conclusion: Archaeologists do not want to disclose, that they located the city of Gaser, aka Gazer/Gezer, situated in the Ephraim land. It appears that this Gaser-city was alive and kicking just prior to 1650s AD. 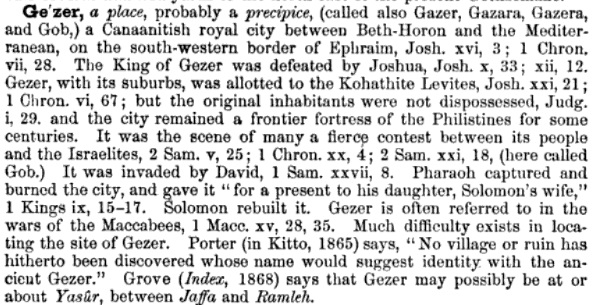 ​
Courtesy of TPTB: But guess what? The Gaser-city was allegedly discovered years ago. Check out where they placed Gaser at. Misleading in everything they are.

More Biblical Cities​
On the above map we can see Ephra and Bethel. More Old Testament city-towns on a 1629 map? Ephra-city, and Bethel -city? How come?

Gideon
1191-1144BC​
Gideon was a military leader, judge and prophet whose calling and victory over the Midianites are recounted in chapters 6 to 8 of the Book of Judges in the Hebrew Bible.

Gideon Choosing his Army, from 'The Battles of the Old Testament' 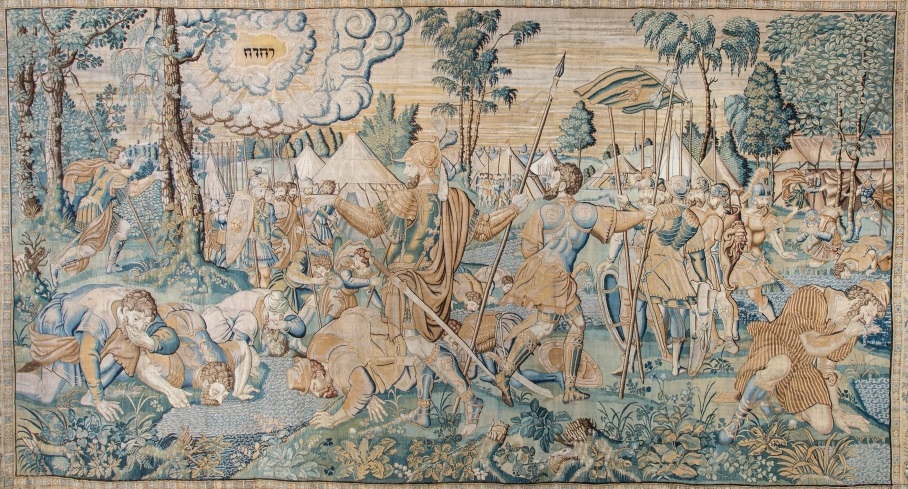 KD: 5,000 years old my bananas... Obviously, all of the above is just my opinion, but...
In my opinion, the city of Gaser still existed in approximately 1629, because... well, because it just did. This thousands of years story is a screen of BS meant to shield the truth from becoming public knowledge.

TPTB is hiding behind these "thousands" of years, because the truth is better left untold. Where else do we see the same tactics?
P.S. While I think that they located the Gaser-city, you may have an opinion of your own. There are plenty of cities on the maps. Here is a 1608 map for you. 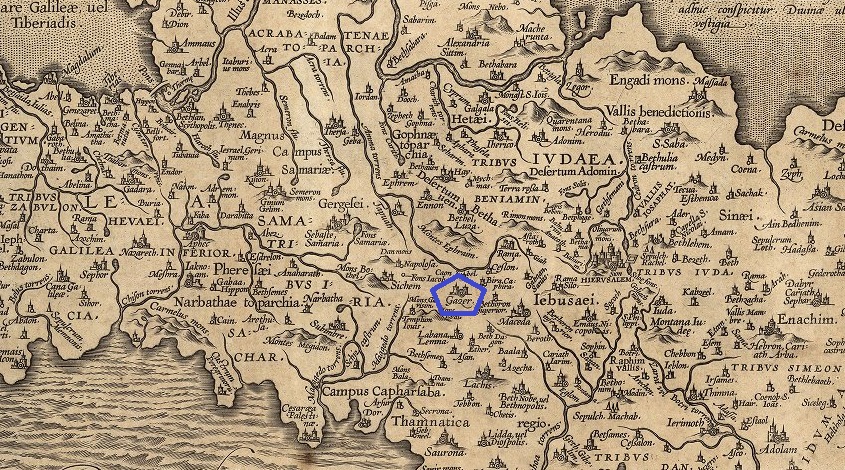 ​
This city is just a place for me. Heck, I could be wrong on the name. But it will only mean that it’s the next city over on that map. Or it could be one of these. 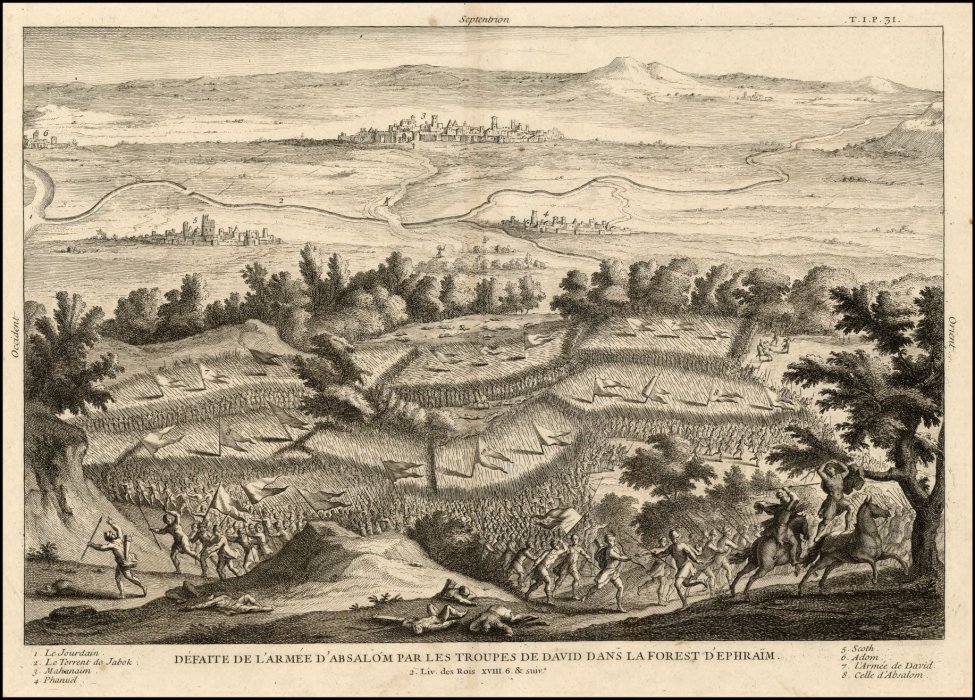 ​
What I find important is the timing. We have all these Troys, Pompeiis and Homorras on the 16th century maps. All of them were allegedly lost for thousands of years. Yet all of them are on the maps. Some of them we have never found, and the other ones we did. The ones we did were on the maps in the same locations in the 16th century. Some we managed to find in other places. These other places I question, but the main thing is the timing of everything.
Click to expand...