Dinosaurs on the 1562 painting of Pieter Bruegel the Elder?

Dinosaurs are a diverse group of reptiles of the clade Dinosauria. They first appeared during the Triassic period, between 243 and 231 million years ago, although the exact origin and timing of the evolution of dinosaurs is the subject of active research. They became the dominant terrestrial vertebrates after the Triassic–Jurassic extinction event 201 million years ago; their dominance continued through the Jurassic and Cretaceous periods. The fossil record indicates that birds are modern feathered dinosaurs, having evolved from earlier theropods during the late Jurassic Period. As such, birds were the only dinosaur lineage to survive the Cretaceous – Paleogene extinction event 66 million years ago.

Since the first dinosaur fossils were recognized in the early 19th century, mounted fossil dinosaur skeletons have been major attractions at museums around the world, and dinosaurs have become an enduring part of world culture. Source: Wikipedia.

While it is clear that Wikipedia is not a scientific source of facts, some of this information is common knowledge. We all know (we were taught) that dinosaurs lived millions of years ago.

It wasn't until 1841 that British scientist Richard Owen came to realize that such fossils were distinct from the teeth or bones of any living creature. The ancient animals were so different, in fact, that they deserved their own name. So Owen dubbed the group "Dinosauria," which means "terrible lizards." Source: Scholastic. Other sources suggest 1824 as the year we learned of this magnificent creatures of the past. William Buckland would the one to thank.
I would like to attract your attention to an oil-on-panel by the Netherlandish Renaissance artist Pieter Bruegel the Elder, painted in 1562. It is currently held and exhibited at the Kunsthistorisches Museum in Vienna. The name of this masterpiece is The Suicide by Saul. 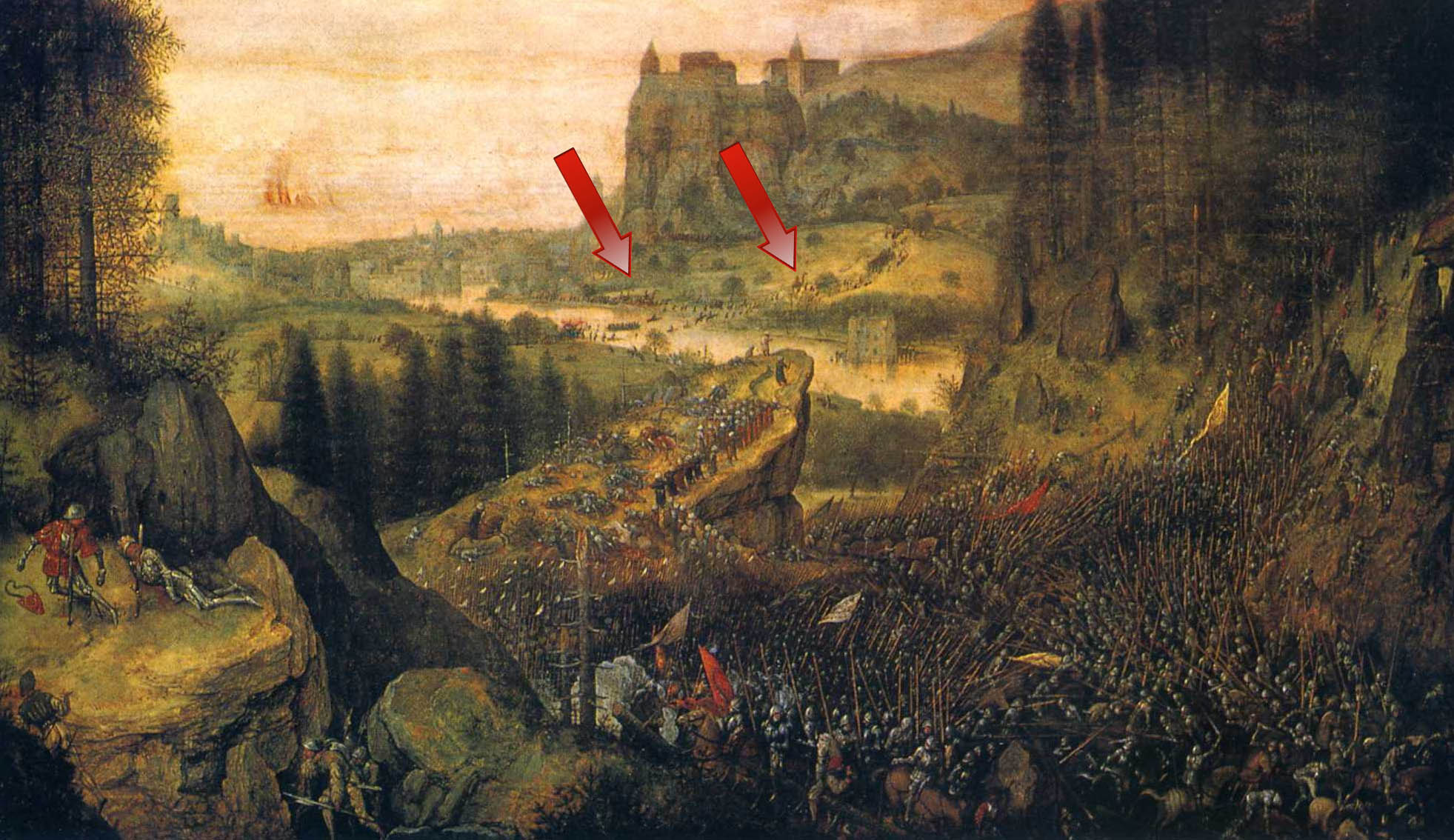 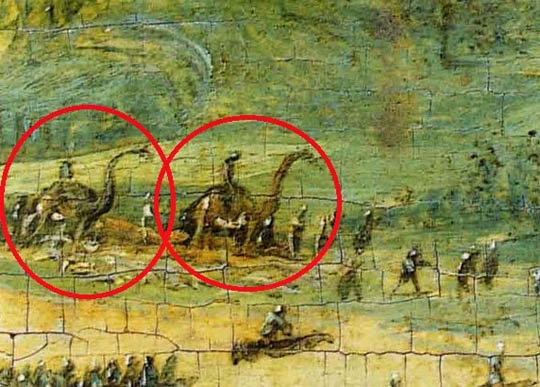 KD: So what do we have? A 1562 painting which is not being claimed to be fake. Three dinosaur-like creatures are present. We have people around them, and riders on top. Our contemporary civilization was introduced to dinosaurs in the beginning of the 19th century. Could this be that Pieter Bruegel was an eyewitness of the dinosaurs still walking this planet?
Click to expand...

Fascinating! Bumping this just because I’ve never seen it and maybe someone out there can give me an explanation of what is going on here.

I am going to watch this video below though and maybe they have some insights. Doubting that they’ll address the Definitely Not An Elephant in the room directly, but I have the usual contextual questions here: chain of custody, when this has been refurbished, etc. From the little I’ve looked into it so far, the painting is quite small, 33.5 cm by 55 cm (little bit bigger than 1 ft by 2 ft), so those “dinosaurs” are little bigger than a few mm smudges.


Edit: I’ll add on as I go along, but shortly into the video, it’s explained that this artist’s work was part of the Habsburg collection. However, most of his paintings fell into obscurity in the 18th century and it was only in the 20th century that his collection has been reassembled. Not exactly instilling me with confidence that this is an original 16th century work.

They go onto say, this panel, which has been cut, and is unusual in labeling the specific Bible verse, first re-appears in the historical record in 1782/1783. Sounds like some “restoration” work was done on it at that point.

I’m going to need to concentrate a little harder on this to make sure I’m catching all the details properly. I was first trying to listen while doing some chores, but that’s clearly not gonna work out, accents are a little too thick for me. I’ll try to get back to this later.
Last edited: Feb 1, 2022

Well... until you zoomed in they could have been camels. I have to look at the rest of the detail in the picture though, for example the people, such as the ones riding the "dinos" look like orcs or zombies or ghosts. My thought is if that's as accurately as he could paint people then how can we assume he was accurate in painting what they were riding? Look at the horses in your first zoomed in pic, I assume those are horses though they could be anything.

Silhouette said:
My thought is if that's as accurately as he could paint people then how can we assume he was accurate in painting what they were riding?
Click to expand...

Right, as I said above too, this painting is quite small so those people are not much more than a few brushstrokes. So the “dinosaurs” could be a lot of things… I had dismissed elephants at first, but I do wonder if they could be, with their trucks raised.

On the other hand, maybe I shouldn’t say that the size makes accuracy more difficult given the techniques displayed by Da Vinci.

I still haven’t watched the rest of the video I linked either, hopefully soon.

Thanks for the link and yes, I've looked into Da Vinci's incredible work before. I'll make a comment over there.
You must log in or register to reply here.
Similar articles