Pompeii Unpublished: Sketches not permitted to be made...

Found this early 19th century book with a bunch of Pompeii and Herculaneum hand drawn images. It mentions something about some of the images not being authorized, or permitted?
There are actually two sets of brochures in there, presented under the following titles: 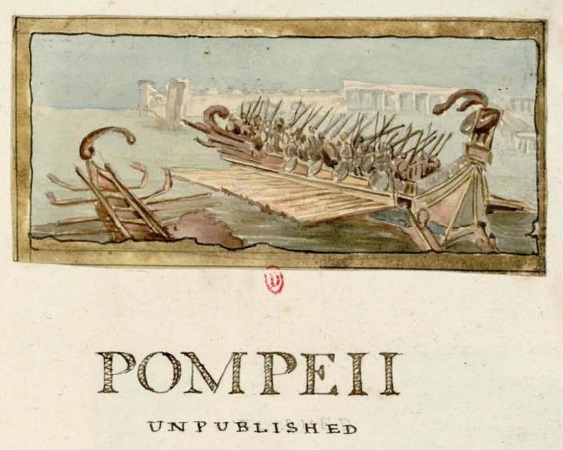 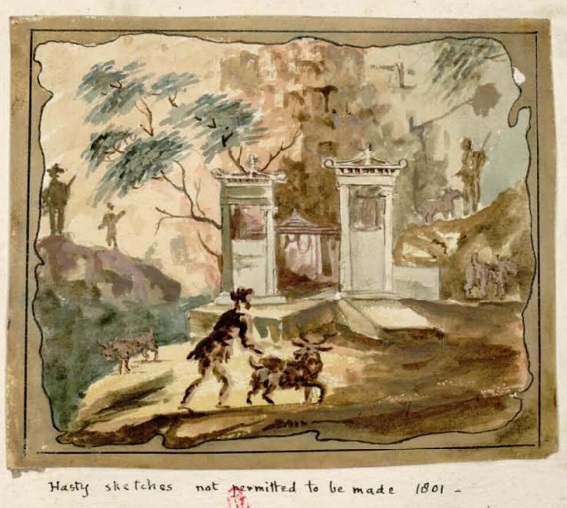 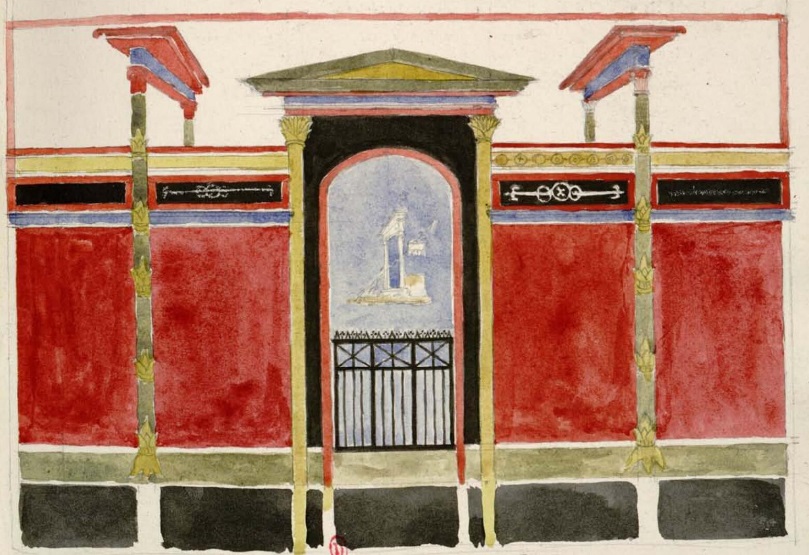 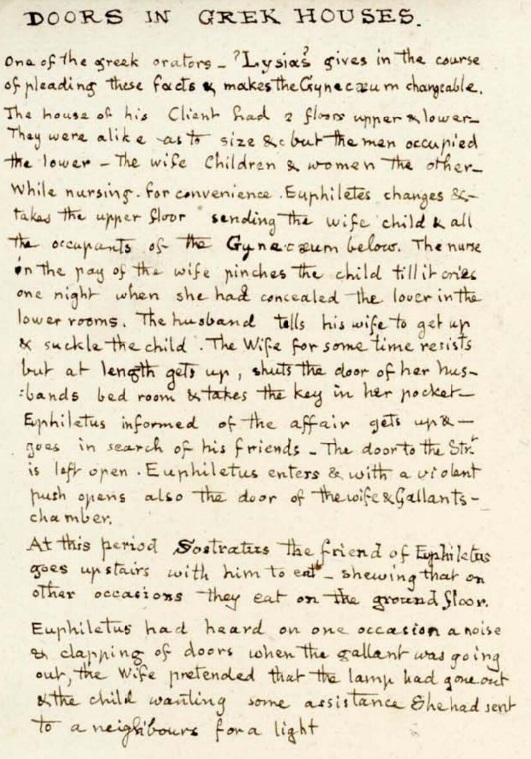 ​
This here is an image of the Pompeii Forum made using the Camera Lucida. Was this place even excavated, or just stood like that? 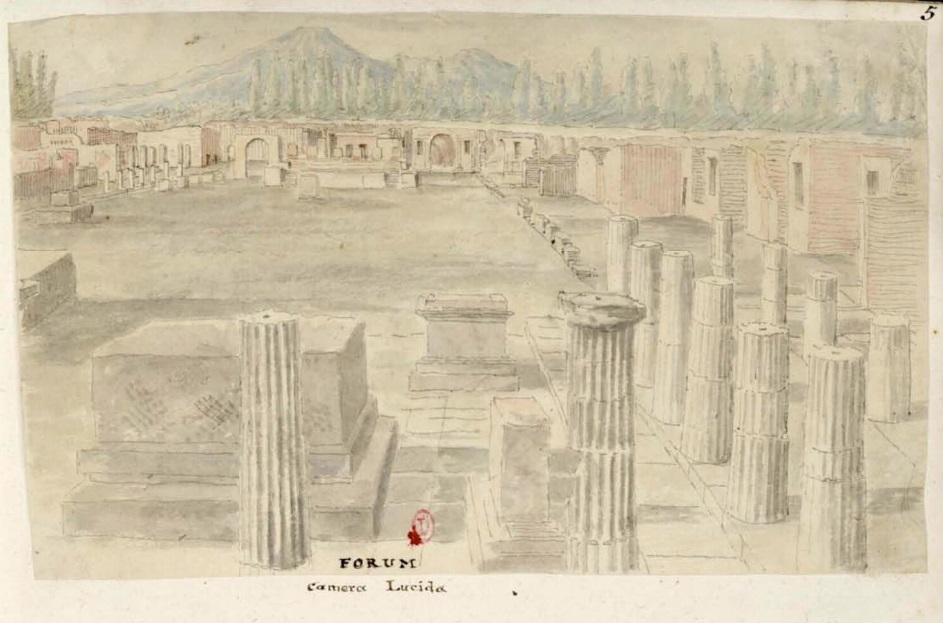 In 1631 Torre del Greco was again damaged by an eruption of Vesuvius. Its citizens bought back their rights in 1699, after paying 106,000 ducats to their landlord, the Marquis of Monforte, and thenceforth the city flourished as a maritime trading and fishing port. The tradition of coral crafting dates from this time. 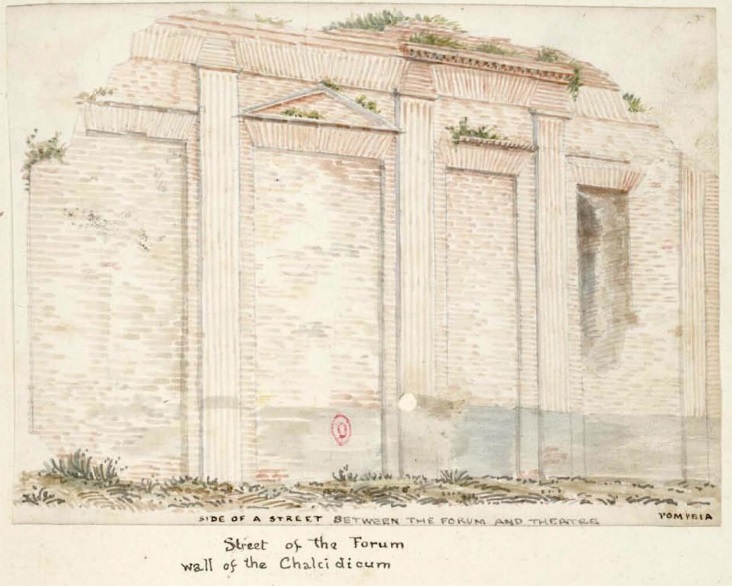 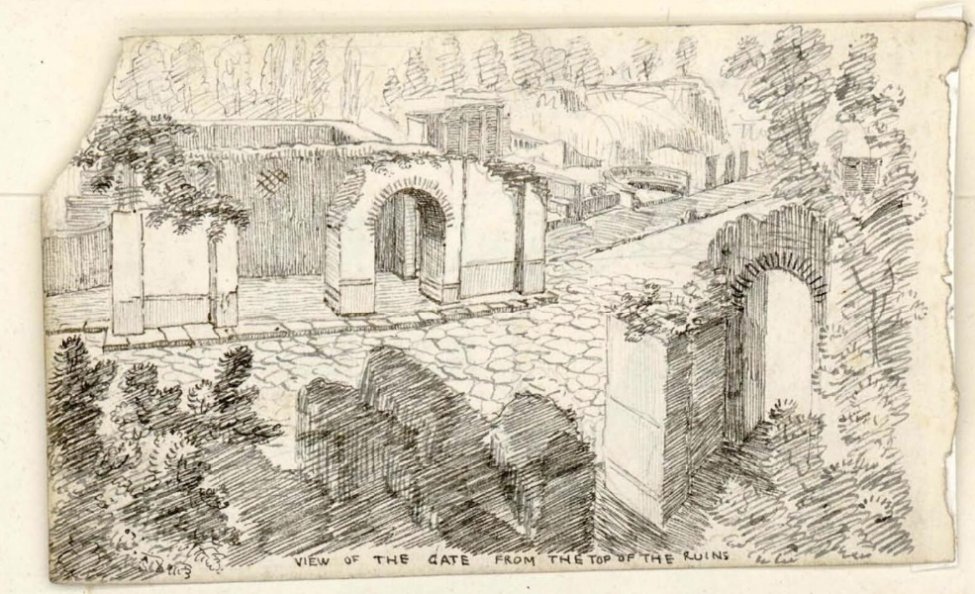 KD: Per the narrative, in the early 1800s these ruins (buried or not) were supposed to be over 1700 years old. Yet, buildings on the presented sketches are still covered in paint. Many buildings do not look like they were ever buried. What's up with all that?
Click to expand...

KD
"I can’t tell you exactly what year it is because we honestly don’t know." - Morpheus
G

Comments: From Mount Vesuvius - Wikipedia
No mention of the eruption of Mount Vesuvius in AD 79. The only surviving eyewitness account of the event consists of two letters by Pliny the Younger, published latest in 1508 by Aldus Manutius. Should have been well known by sir William Gell in early 19th century.

I’d love to find out when we discovered sources talking about the 472 eruption.

One has to appreciate them ruins colors.

There are so many detailed "restored" depictions. Per the narrative the ruins are close to 1800 years old. How did they know what the original design was? 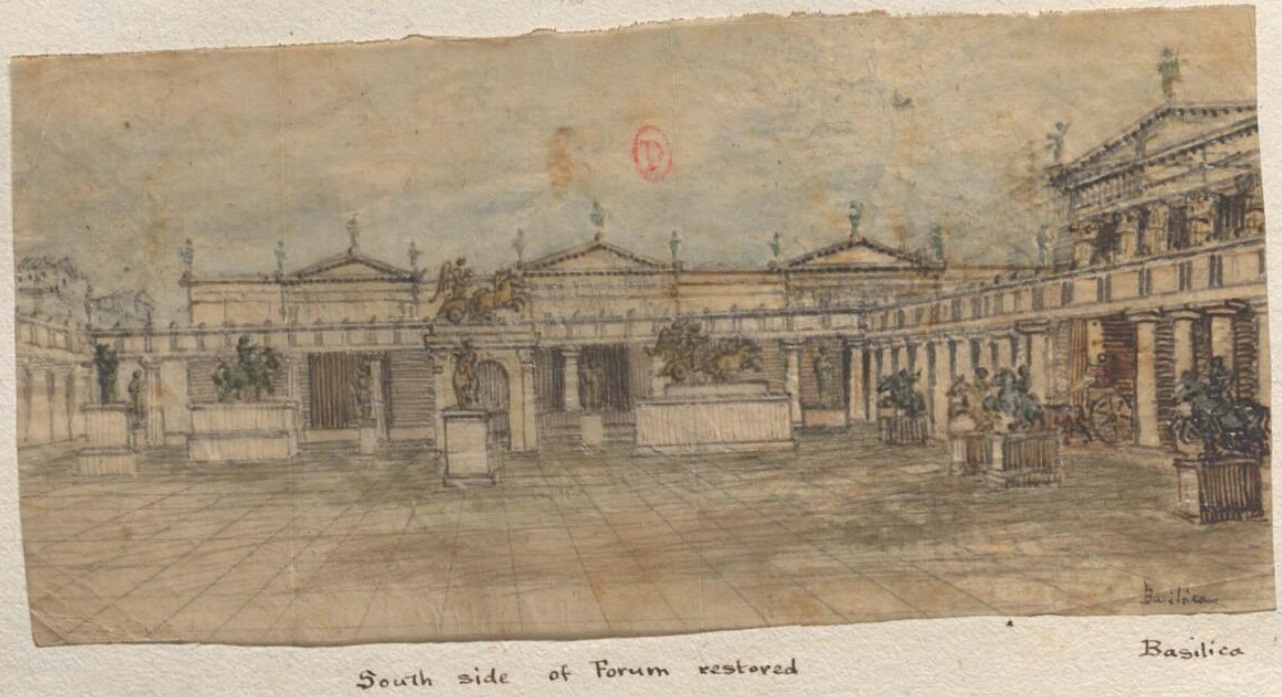 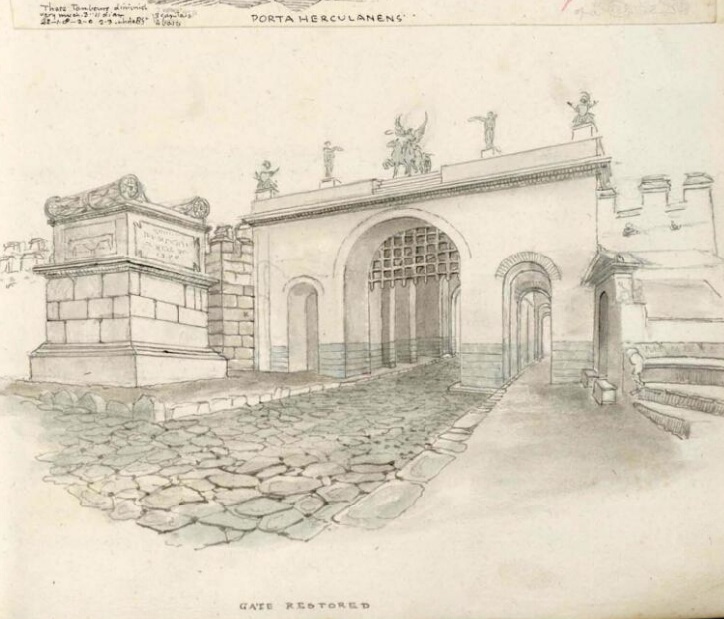 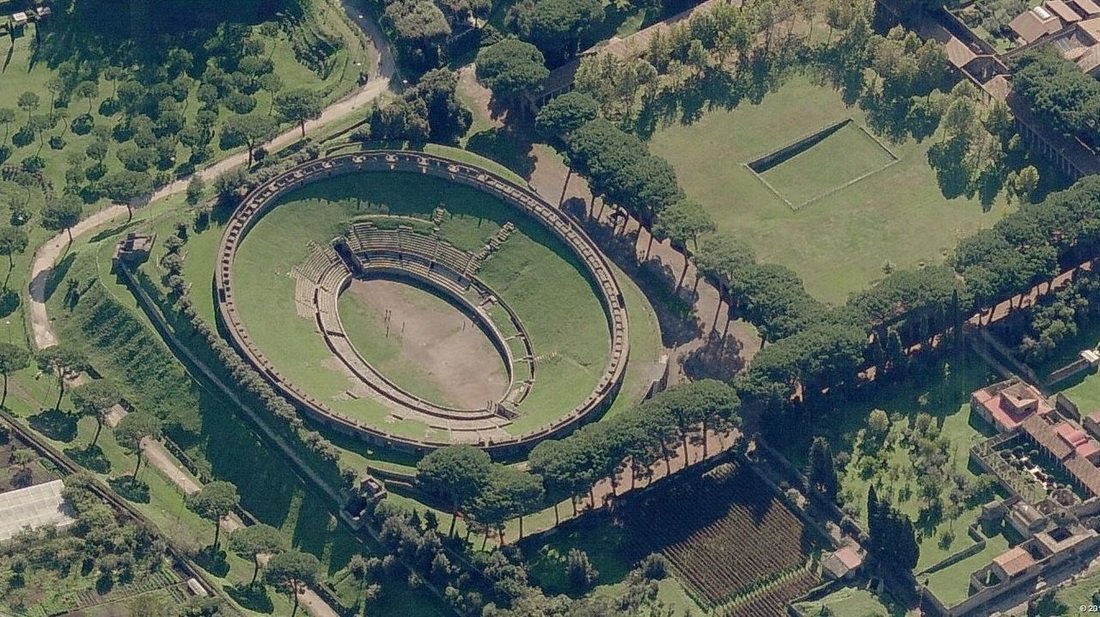 This is an overhead view of the Pompeii amphitheater which some would call a giant speaker. All of the official narratives of the controllers are fishy to me. Maybe after listening to this classic Pink Floyd recording from Pompeii one can better appreciate the above drawn images, pink floyd pompeii, echoes. If this structure was inherited from the Tartarians then the acoustics might be for healing?
S

Found some cool stuff. This one is called "Tragic Poets". Looks like a halo. 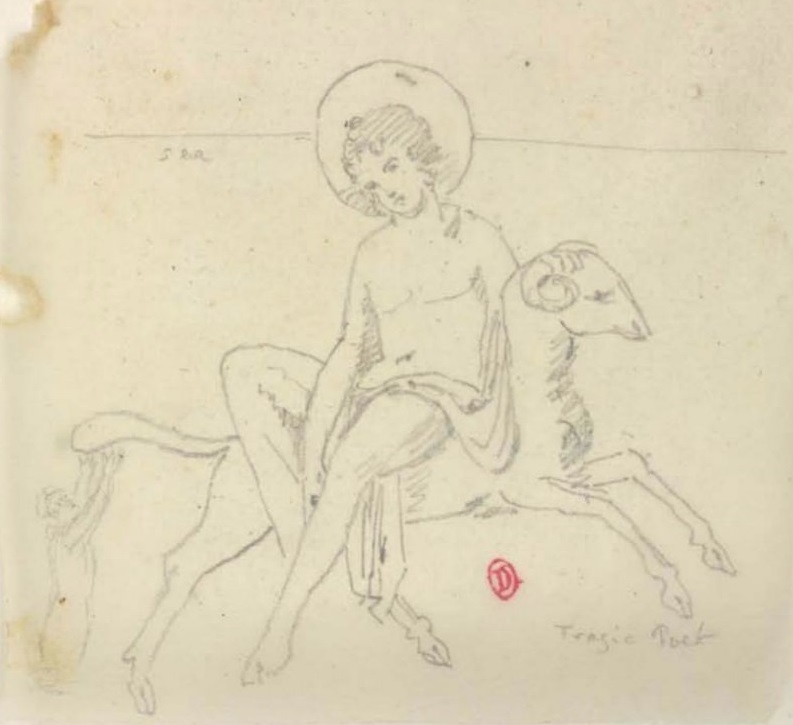 ​
They also had a Temple of Isis of all things. The crane symbol is also found in a lot of houses. I thought this was supposed to be an Egyptian goddess. 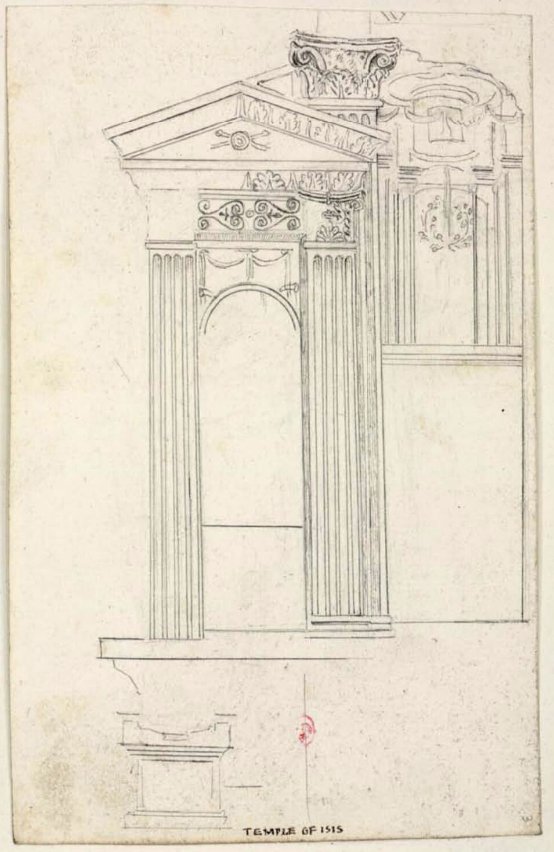 ​
This Isis "temple" might have been a power station. The egg/pineapple staff found inside looks like a common decoration found on rooftops well into the 19th century. The torus decoration on the floor is also interesting. 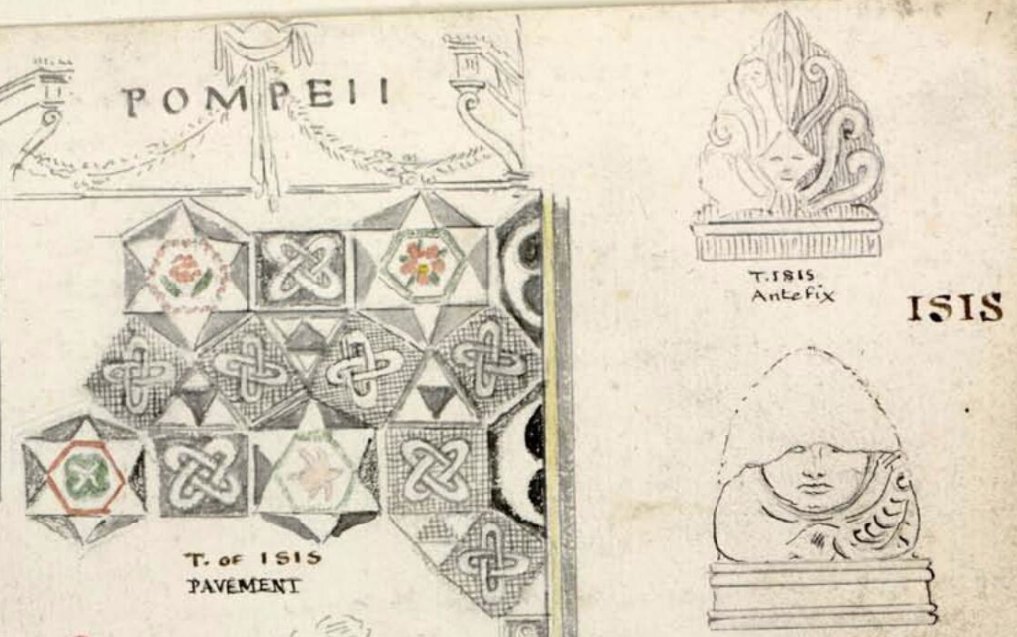 That figure in the upper right corner looks like a Fleur-de-Lis. Was the original supposed to represent a Medusa head and it got simplified over time?

Watched this video. It’s definitely a main stream, but the info is still pretty interesting.