1551: The Theater that was Rome - Map by Leonardo Bufalini

Leonardo Bufalini was a sixteenth-century engraver from Udine, who moved to Rome together with his collaborator, the publisher Antonio Blado. There he worked as a measurer, engineer and consultant for military architecture. 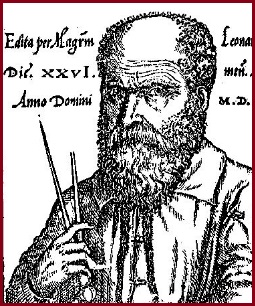 
Issues​
1. Before we get to the actual map, please re-read the above bullets. Below there will be a link to the allegedly 1551 version of Buffalini's map of Rome. As one of the bullets states, the self-portrait presented above, was made in 1551.
2. Additionally, we have our usual speculations about the history of this map as it pertains to the author's intent. Did Bufalini specifically stated it himself?
3. Most of the Google result will give you the following 1748 and 1755 versions of the map. 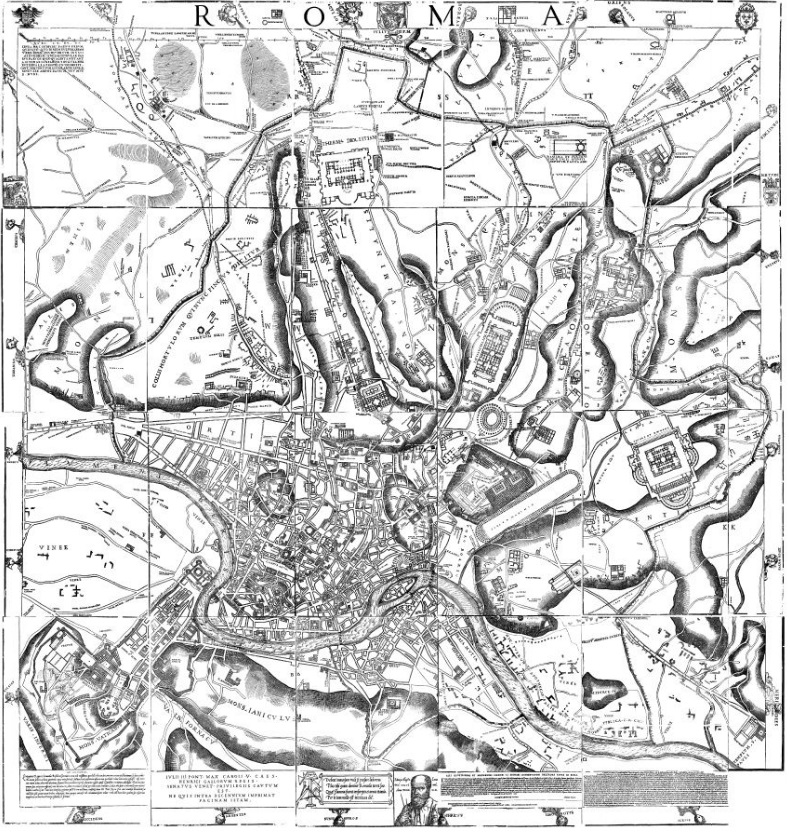 I was able to locate only two source of the actual 1551 map. Not saying that these are the only ones. Here are the links:
As we can see, the bottom of the map contains several texts in Latin. Somehow the fonts appear to be different, from block to block. I guess it's also supposed to be normal. Here is one of those text.

KD: We are supposed to believe that in 1551, over 1,000 years after the fall of the Western part of the Ancient Rome, some Leonardo-Magrm Bufalini, or Bufalino (with no real bio) had knowledge of where completely non-existent ancient monuments once stood? 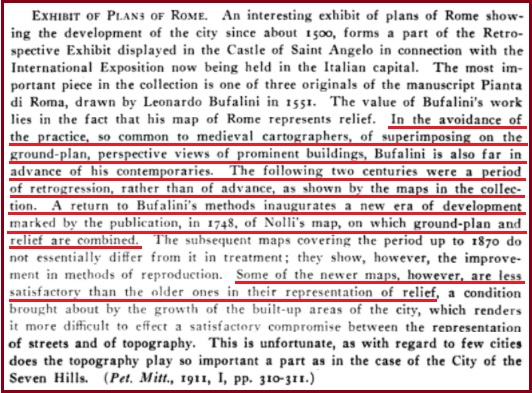 1911 source​
P.S. Consider this. The first instrument resembling a true theodolite was likely the one built by Joshua Habermel in Germany in 1576. The first occurrence of the word "theodolite" is found in the surveying textbook A geometric practice named Pantometria (1571) by Leonard Digges. Prior to the theodolite, instruments such as the geometric square and various graduated circles and semicircles were used to obtain either vertical or horizontal angle measurements. - Wiki
Click to expand...