Philadelphia City Hall​
The building was constructed from 1871 to 1901 within Penn Square, in the middle of Center City. John McArthur Jr. and Thomas Ustick Walter designed the building in the Second Empire style.

They got him to the top somehow 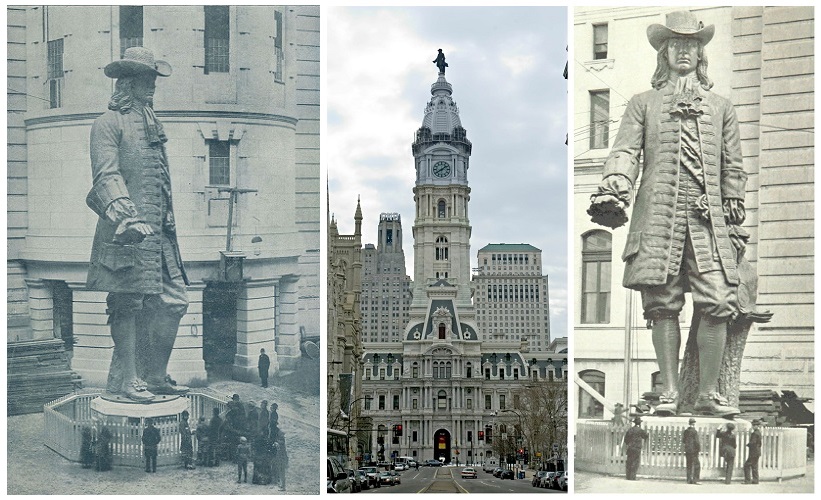 ​
The below image made me put this up for a discussion. Together with 22 foot sick walls, this 1871-1901 structure is impressively amazing.

KD: I can almost see how it went in 1871, 6 years after the Civil War.
By the way. Nimrod got smacked for less. 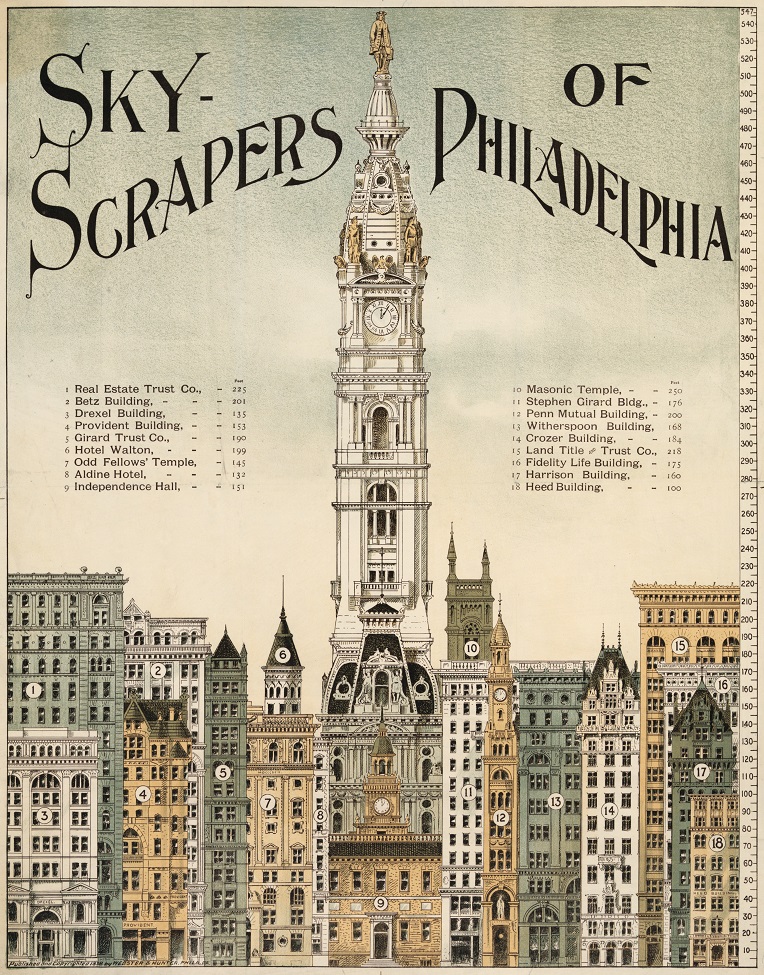 ​
Figured it would be a good building for a freeflow discussion. There appears to be plenty of construction, and all other sorts of photographs pertaining to this structure. Considering that it still exists, we could be facing an interesting investigation.

Source + Source​
This photograph shows the foundation of the City Hall being built. Railroad cars run past the Masonic Temple, which is in the background. 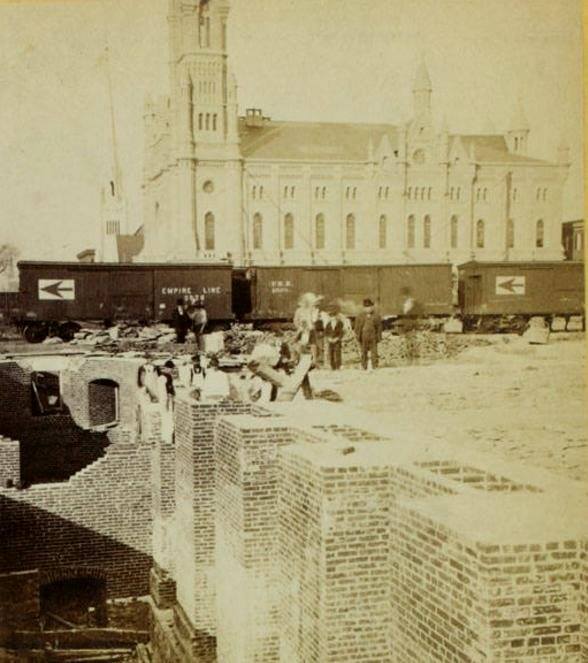 Source​
Found this site with tons of construction photos. Though I still do not understand why they are building windows under ground. Is brick a normal choice for the foundation?

There are some cranes in the photographs, but that is about it for equipment. Would be interesting to find out what they used to deliver all them marble, granite and other blocks.

​
They give us horses ones again. Wondering whether they were making granite and marble blocks on the spot? 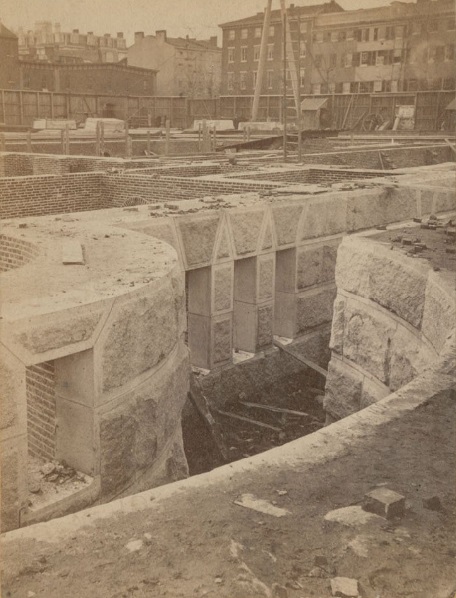 Wondering how many stories are below the ground level. Who knows how many are out there? Watch this video for clues... it's a treat...

KD: I'm truly wondering what the heck they needed this building for in 1871.
Click to expand...