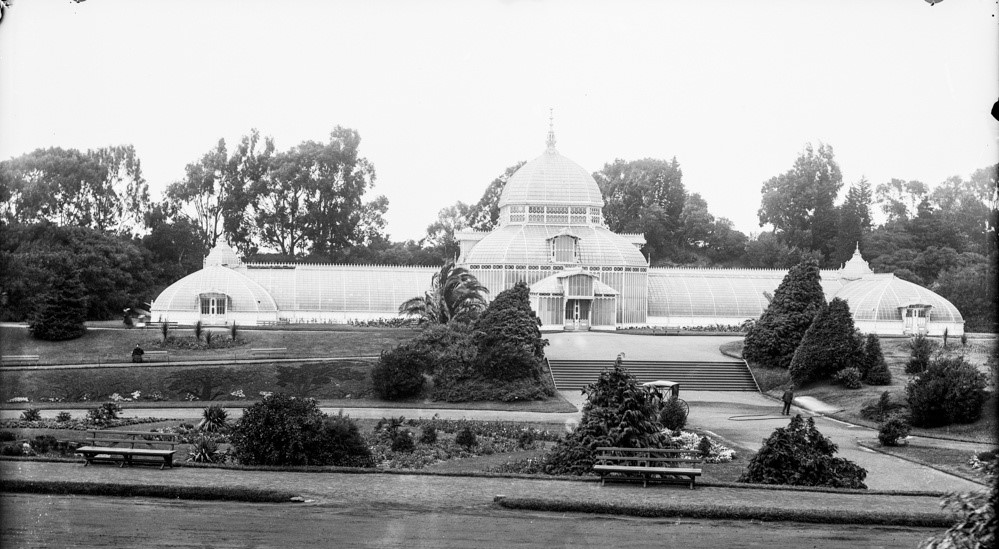 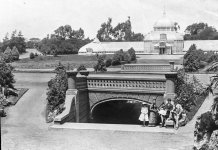 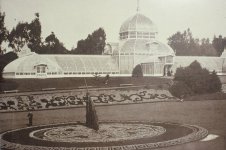 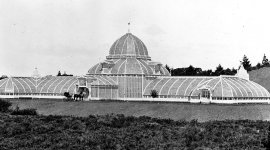 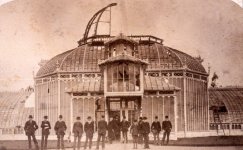 ​
The Conservatory of Flowers is an elaborate Victorian greenhouse with a central dome rising nearly 60 feet (18 m) high and arch-shaped wings extending from it for an overall length of 240 feet (73 m). The building sits atop a gentle slope overlooking Conservatory Valley. The structural members are articulated through one predominant form, a four-centered or Tudor arch.

History​
The conservatory kit was bought by James Lick, an eccentric businessman, piano maker, and successful real estate investor who was a patron of the sciences. It was intended for the City of San Jose, where Lick had built a mansion surrounded by exotic plants imported from South America and around the world.

Lord & Burnham​
The company began in 1849 when Frederick A. Lord, a carpenter, started building wood and glass greenhouses for neighbors in Buffalo, New York. It became Lord's full-time profession in 1856 as production moved to Syracuse, New York and then to Irvington, New York to be closer to his customers in the large Hudson River estates.
In 1881 the firm constructed the first steel-framed curvilinear greenhouse in the United States for railroad magnate Jay Gould, on a property now open as Lyndhurst.

L & B Conservatories​
The company's early greenhouses were made of cypress and iron or steel. Although experimentation with aluminum began in 1932 with the United States Botanic Garden, commercial production was not economical until 1955.

KD: Figured this fun story was worth sharing. Wondering how this structure survived 1906...

I'm familiar with this one. As soon as I saw the picture of the San Francisco one, I thought of it... then seeing that Lord was from Buffalo, I figured it had to be one of his. Was getting ready to share, but you had it all covered!

So my post amounts to "I know the thing!"

Well, and, I'm a little confused on the kits.

Did Lord & Burnham make the kits or were just hired to assemble it? I ask because the Buffalo one makes no mention of a kit:

While South Park was being constructed, Lord & Burnham Co. was busy designing the South Park Conservatory. The design was modeled after the beautiful Crystal Palace in England and was built by a Buffalo construction company, George P. Wurtz & Son for a total cost of $130,000
Click to expand...

Seems to imply that despite looking very similar that the Buffalo one was uniquely designed. Or they're just scrubbing the "kit" part from their history.