Book | 1883: Origin of the Western Nations & Languages by Charles Lasalle

@Mabzynn shared a pretty interesting book in the comments section of a timeline related article. @Sonofabor suggested creating a dedicated discussion thread on this book. 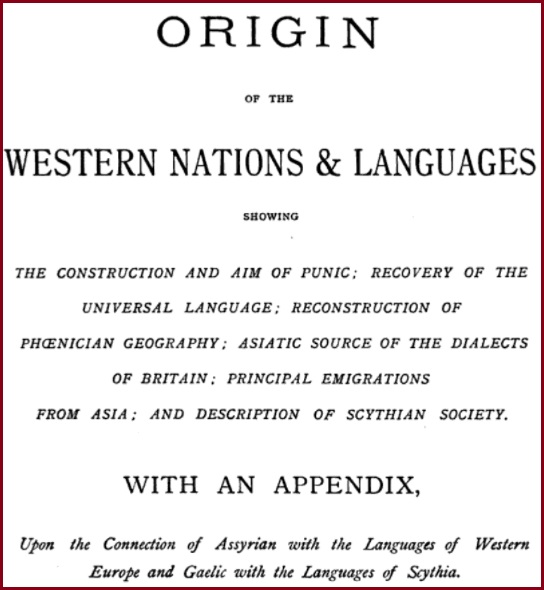 KD: I'd definitely love to find out where Charles Lesalle got some of the info from.

I'm looking for Charles Lasalle and not reading the book. This is frustrating.

Google assures me that he and Edwards Sylvester Ellis are one and the same (bottom right): 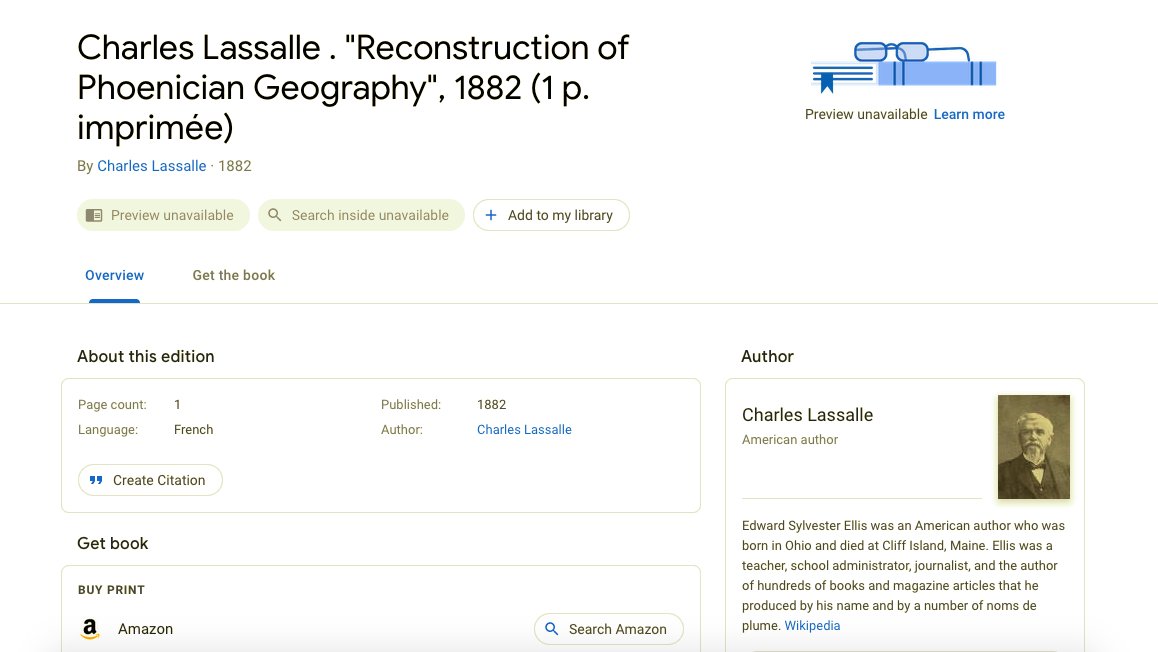 Unfortunately, I can't confirm this easily. But if Charles Lassalle is Edward Sylvester Ellis, then I become suspicious about the production of this book, Origin of the Western Nations & Languages.

Like a 19th century exhibition, the collected works of "Edward S. Ellis" span key categories of the modern world-- profusely so. Ellis wrote about the wild west, steam punk, US presidents, world history and philology-- all while teaching and administering schools.

Take this bit for example: "Ellis was a very prolific writer, producing at first chiefly fiction. Besides writing for Beadle, he wrote also for the Fireside Companion, Saturday Night, Family Story Paper, New York Weekly, Frank Leslie's Boys' and Girls' Weekly, Golden Days, Golden Argosy, etc. His juvenile stories had an enormous sale, ranking with those of William T. Adams and Horatio Alger. Later he wrote an arithmetic and a physiology, and also some fifty large quarto volumes of history, containing tens of thousands of pages and thousands of illustrations. Some of his miscellaneous books were: "Continental Primary Physiology" (1885), "Eclectic Primary History of the United States" (1885), "Youth's History of the United States," four volumes, 1,516 pages and hundreds of illustrations (1887), "School History of the United States" (1892), "Great Leaders and National Issues" (1896), "History of Our Country" (1896), "People's Standard History of the United States," six volumes (1898), "The Story of South Africa" (1899), "Library of American History" in nine volumes with 1,200 illustrations, "Young People's Imitation of Christ" (1905), "A School History of New Jersey" (1910), "A History of the German People" (in collaboration with Home and Keller), fifteen volumes and some 6,000 pages (1916), "The Story of the Greatest Nations" (in collaboration with Home), ten volumes, and various other books. I regret very much that I did not have a book like Ellis' "Youth's History of the United States" when I was a boy, in place of a history that was simply a mass of names and dates of battles, as are, I am afraid, many of the modern school histories."

At this point, I hate to rain on anyone's parade, but I wager Mr. Ellis (Lassalle) was an intelligence creation. He and his team spun yarns for the people intelligent enough to wake up from the weird stupor of the late 19th century-- filling their heads with fantasies that would last a life time.
See CM Russell.

I should also note that this name, Ellis, is big in the peerage.

In Portland, Oregon the Ellis family is like the Gates family in Seattle. In fact, Ellis, Jr has a Gates (and a Lee) as advisors on his business projects.

Ellis, Jr-- of course-- went to Harvard and immediately published an expose on skinheads in Portland after he graduated. I can't find any reference to that front-page series of undercover investigative articles in this search. That is strange. It was hyped for sure at the time-- 1987 or so.

I knew Barnes, and I knew Portland. But I never knew any neo-Nazi skinheads in Portland, Oregon. 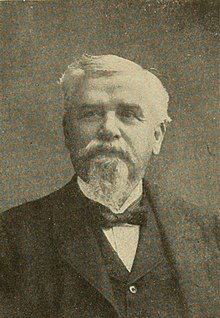 1840 - 1916​
This Edwards Sylvester Ellis was indeed one prolific writer. Besides the one hundred fifty-nine books published by his own name, Ellis' work was published under various pseudonyms, including:
I understand pen names, pseudonyms and stuff, but why would someone need that many names? There is something weird about that.

I'm somewhat surprised, but I do recognize quite a few titles of the books attributed to Ellis via various pen names.

Interesting that one of the books attributed to him is the Steam Man of the Prairies. This books cover was used in the below article:
That is if Edwards Sylvester Ellis's Charles E. Lasalle was indeed Charles Lassalle in question.

I want to like, read, and learn this book-- despite my suspicions. Why? Because philology promises to make sensible (that is articulate) the seemingly inaccessible origins of consciousness and culture.

I'm not a formidable linguist. But comparative linguistics interests me as much as it frustrates me. (Alas, only so much time in this life). All that said, when I read a book like this, I run into problems such as this:

Regarding Shaftesbury, p.66, he has this to say:

Ok, well enough. But I immediately think of Sha in Mandarin Chinese. Since Chinese is homophonic and since each phoneme has potentially 5 different tones, Sha can have many meanings. And this fact compounds problems when comparing it to other languages. For instance, 殺 (Sha) means to kill or murder. So could Shaftesbury mean to kill and bury? Might it be that "to shaft someone" is based on this correspondence? Sha can also mean sand (沙). Thus sand burial or sand hill? Sha can also mean "foolish" (傻)-- as in a fool on the hill?

I bought me an alleged 1883 print of this book and waiting for it to arrive.

Why does it interest you?

Because I find this information interesting, when compared to the narrative.
You must log in or register to reply here.
Similar articles