1892: Patrick Cunningham and his Torpedo

Meet Patrick Cunningham, a shoemaker turned weapons engineer. He was an inventor from the late 19th century known for inventing a torpedo which he fired down a high street during the 1896 presidential elections. 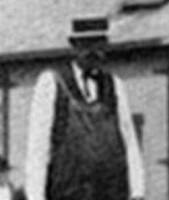 1844 - 1921​
Patrick Cunningham was an Irish shoemaker who immigrated to New Bedford, Massachusetts from Dundalk at the age of nine. He trained with his father to become a cobbler, but joined the Union Navy during the American Civil War where he learnt about, and became interested in, engineering and explosives.
After a dozen years rambling around America he finally settled in New Bedford where he set up a shoemaking business and became friends with a fellow cobbler, Irish American Bernard Cogan. Apart from shoes, the two also shared a passion for engineering explosives and developing weapons.


The Torpedo​
In 1892 Cunningham built a 17 foot long torpedo capable of carrying 125 pounds of explosive; ownership of the explosive went to the company of which he was president. The torpedo did not have propellers or screws as was typical for torpedoes, but instead had spirals around its body, in order to make it spin similar to that of a bullet fired from a rifle. It was tested at the U.S. Naval Torpedo Station in July 1893, and found to be unsuitable for use due to its short range and poor trajectory. 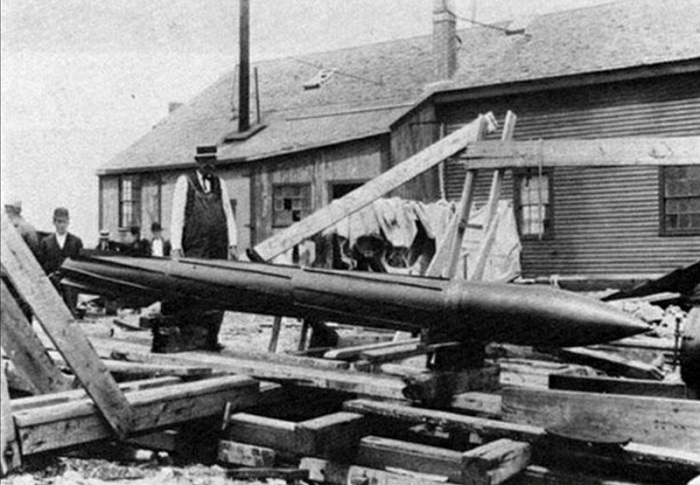 ​
On October 31 1896, towards the end of the presidential election, Cunningham fired the torpedo down New Bedford's high street during a rally for the Republican candidate. The torpedo traveled haphazardly down the street before crashing into a shop which collapsed before the explosive detonated, causing massive structural damage to the surrounding buildings.
Cunningham went on to build more torpedoes, and in 1898 tested two of them by firing them from a schooner he had purchased. The first fired correctly but the second exploded inside the ship and caused it to immediately sink; no one was hurt.

KD: Well, there it is then. Who needs education? All you need is passion. I like the contrast in the above image: tech vs environment. Is this where he found this torpedo, in his backyard?

I am not even sure that this projectile was actually a torpedo. It appears to consist of 4 screw-in parts.

So... who was this Patrick Cunningham?
Click to expand...

Yeah, no.
Who knew that making shoes was such a profitable business, that one could invest their spare time and money in making actual live torpedoes and also buy a schooner to fire them from. I guess there wasn't much oversight of these sorts of things back then.
So the torpedo had no propulsion system, regardless of its spin which was caused by the water itself. Water does provide resistance to movement. So no doubt it had a short range and poor trajectory (down).
Now the dude fires his torpedo down high street. What kind of a canon do you think one would need to fire a 17 foot torpedo on land? And no one had a problem with it as they observe him setting the whole thing up? It careens into a building and knocks it down, then the explosives go off and it damages the surrounding buildings; what did they think was going to happen?
Now there's some conflicting info here, from the BBC article you have linked. They say that he had mounted the torpedo on a wagon in a drunken spur-of-the-moment and launched it "hissing" down the street. That would make it not a torpedo but rather a rocket. And it would have had to be self propelled. The witnesses didn't seem to be in agreement on what it actually damaged.
So they charge him with destroying the building, but apparently the charges didn't stick or he was able to buy his way out of it with all that shoe-making money, because just two years later he's firing torpedoes from his newly purchased schooner. And he sank his own ship.
Sounds plausible.

Found this 1894 pub mentioning this torpedo. Apparently it sucked. Wondering if they simply did not have a proper equipment to launch it. 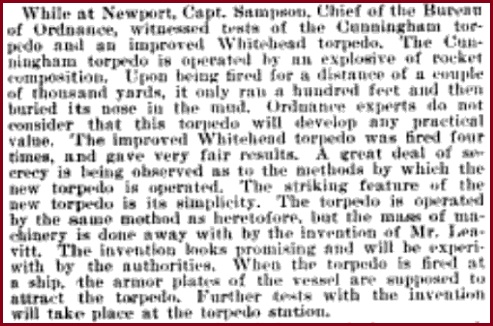