The oldest of the four United States Library of Congress buildings, the Thomas Jefferson Building was built between 1890 and 1897. The Beaux-Arts style building is known for its classicizing facade and elaborately decorated interior. Its design and construction has a tortuous history; the building's main architect was Paul J. Pelz, initially in partnership with John L. Smithmeyer, and succeeded by Edward Pearce Casey during the last few years of construction. The building was designated a National Historic Landmark in 1965.

​
After Congress approved construction of the building in 1886, it took eleven years to complete. The building opened to the public on November 1, 1897, met with wide approval and was immediately seen as a national monument. It was originally known as the Library of Congress Building. The building name was changed on June 13, 1980 to honor former U.S. President Thomas Jefferson, who had been a key figure in the establishment of the Library in 1800.


1932 Construction​
In 1932 we had the following happening: Construction of the North East Bookstacks of the Library of Congress Thomas Jefferson Building. 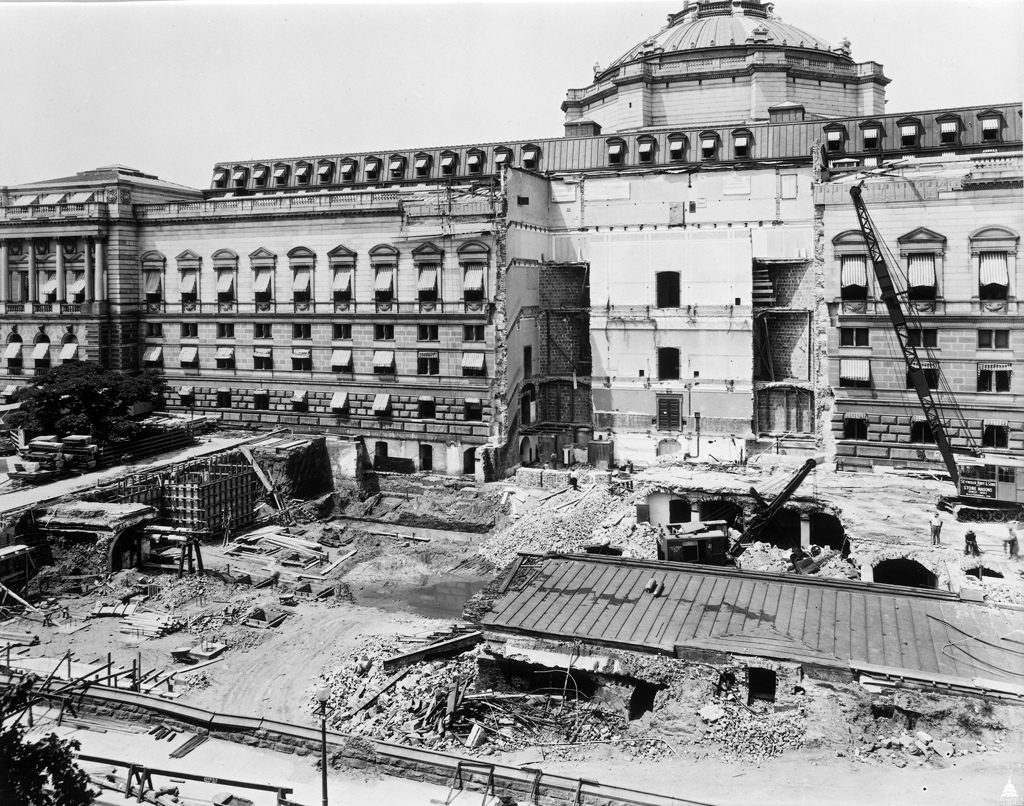 KD: What do you think about this construction?
Click to expand...

Just like the Capitol: lots of mysteries lay hidden beneath the soil: 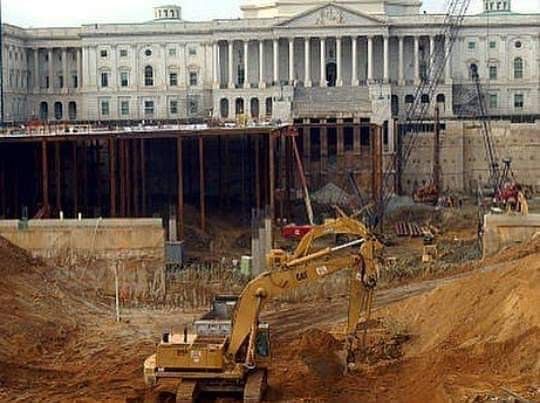