Atmospheric electricity and building destruction in the 19th century

I think I might have found a very interesting book which could pertain to some of the issues we are trying to investigate here. Obviously the observations are being told from the level of understanding of the eyewitnesses involved. Additionally, the below examples show, that a possible weapon of similar qualities could cause some devastating damage to a city of any size.

Additionally there might be some insight into the entire Leyden Jar Atmospheric Electricity storage debacle. 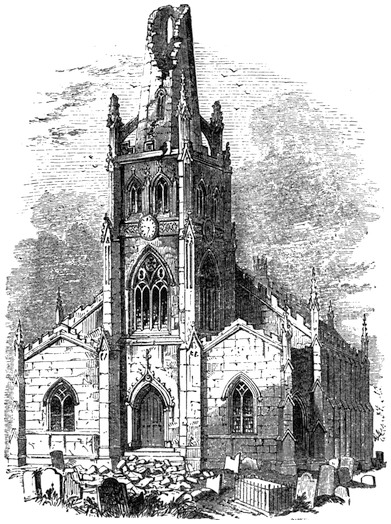 ​
Here is a small excerpt or two from the book published in 1891.

"Mr. Tomlinson gives a formidable list of damages in The Thunderstorm, occurring between the years 1822 and 1858, in which no fewer than thirty three churches are included, and enters into many interesting details with regard to several of them. The most striking account is that of the injuries sustained by St. George's Church, Leicester, on 1st August 1846, during a storm of quite exceptional violence and duration, and in which the phenomenon of globular lightning repeatedly presented itself. The storm had already been raging for hours accompanied by torrents of rain, when "at five minutes past eight, after one or two peals of unusual distinctness, the Church of St. George was struck with a report resembling the discharge of cannon, and with a concussion of the air which sbook the neighbouring houses, and extinguished a lamp burning at the entrance of the newsroom, many hundred feet distant. . . . Two of the spectators of this awful event were Captain Jackson and the Rev. E. Burnaby, rector of tbe parish, who both described the flash as a vivid stream of light, followed by a red and globular mass of fire, and darting obliquely from the north-west with immense velocity against the upper part of the spire. For the distance of 40 feet on the eastern side, and nearly 70 on the west, the massive stonework of the spire was instantly rent asunder and laid in ruins. Large blocks of stone were hurled in all directions, broken into small fragments, and in some cases, as there is every reason to believe, reduced to powder. One fragment of considerable size was hurled against the window of a house 300 feet distant, shattering to pieces the woodwork, as well as fourteen out of the sixteen panes of glass. ... It has been computed that a hundred tons of stone were on this occasion blown to a distance of 30 feet in three seconds. In addition to the shivering of the spire, the pinnacles at the angles of the tower were all more or less damaged, the flying buttresses cracked through and violently shaken, many of the open battlements at the base of the spire knocked away, the roof of the church completely riddled, the roofs of the side entrances destroyed, and the stone staircases of the gallery shattered. The top of the spire, when left without support beneath, fell perpendicularly downwards inside the steeple, causing much devastation in its descent.

The scene of this fearful accident was afterwards minutely examined, when it became evident that the formidable explosions which worked the destruction, were caused by the electric discharge on its road to the earth, bursting its way from one good conducting point to another through masses of badly conducting material. Thus we are told that "after traversing the vane and spindle, and the terminating iron supports, the only path left for the fluid was through a series of iron cramps, separated by means of sandstone; and here it was that the explosion commenced,—the stone being torn and hurled aside as it came in the path of the lightning to the lowest lead lights of the spire."

* * *​
"One almost equally severe appears to have occurred at Louvain on 8th April of the present year 1890. The cathedral was struck by lightning. "One of the turrets was completely destroyed, and the top, weighing about four tons, was projected a distance of twenty two yards, demolishing a house, while blocks of stones weighing from two to three tons were hurled a distance of nearly seventy yards, damaging the houses in the neighbourhood." - The Electrician for 6th June 1890, p. 109.

* * *​
"M. Plante" cites an account of a violent storm which took place on the 27th of July 1769, during which several hundred persons being congregated in a large public hall suddenly saw a fiery globe the size of a large cannon ball appear through an opening in the roof. All the lights immediately went out, and more than seventy-six persons were killed or wounded."

The above paragraph is fairly interesting from an additional stand point. What kind of lights did they use to justify saying "Went Out"? According to the Timeline of Lighting Technology, there was nothing to suggest any type of "went out". Unless of course they are talking about oil lamps, or candles.

* * *​
"The most remarkable of all the effects due to lightning, however, are the extraordinary explosions it causes, and which have been attributed to the
sudden vaporisation of any moisture contained in the solid materials, such as stone, wood, etc., through which the discharge is passing."

* * *​
"In 1858 twenty five sheep were killed during a thunderstorm near Abingdon. In the same year at Sacco in Italy, on the 17th of August, 120 sheep out of a flock of 140 were killed by lightning. The shepherd and the shepherd's boy were not injured, though the latter was carrying a kid in his arms which was killed. This remarkable escape of human beings, when animals close by them are struck, is not unusual, and would seem to point to the conclusion that the lower animals are more susceptible than man to injuries from lightning."

BOOK: 1891 - Electricity: The Science of the Nineteenth Century, a Sketch for General Readers
Click to expand...

KD
"I can’t tell you exactly what year it is because we honestly don’t know." - Morpheus
X

The timing of these storms is interesting. I just started reading The Invisible Rainbow, which starts off with a history of the popularity of electrical health treatments.

Curiously these treatments stop in popularity right around the same time as these alleged thunderstorms. 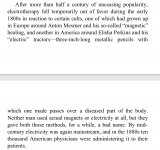 KorbenDallas said:
no fewer than thirty three churches are included
Click to expand...

33, eh? I'd have to be crazy to think that's anything but just another number.

Which is still around: 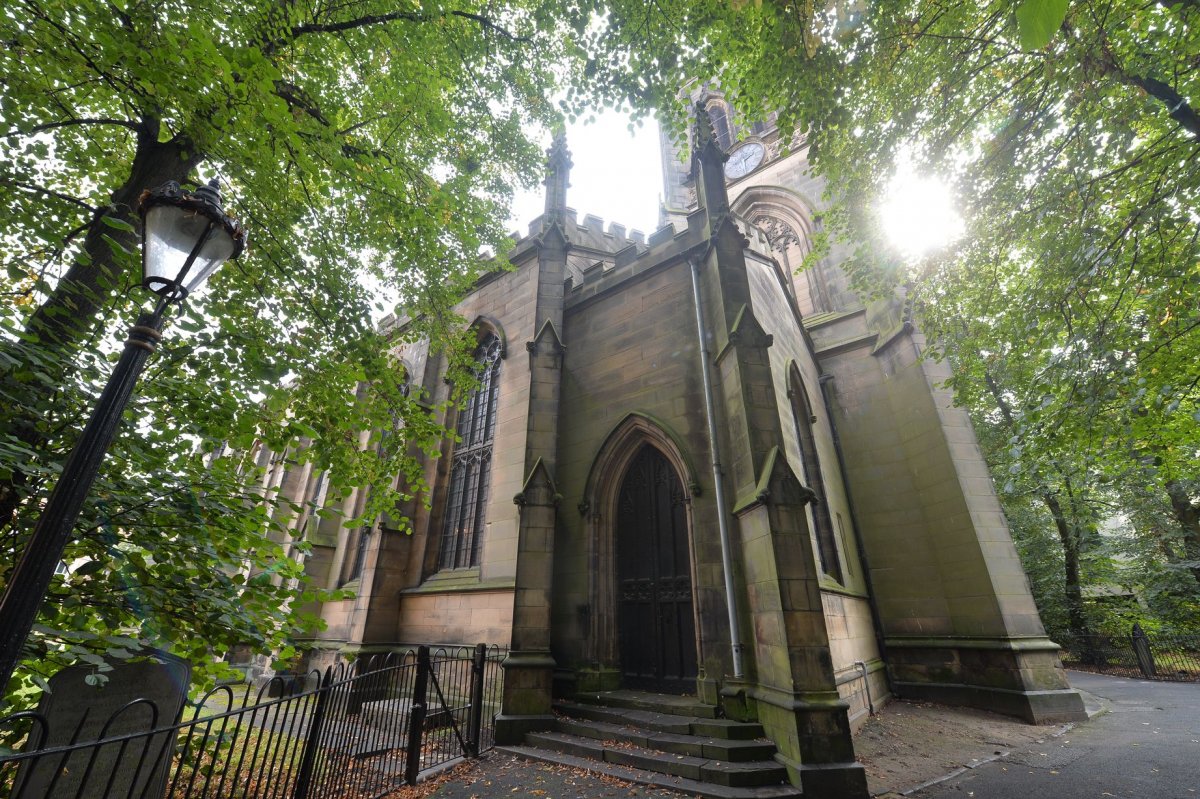 Sadly, the doors to one of Leicester city centre’s finest churches are usually locked.

St George’s, in the heart of the Cultural Quarter, is largely closed because of the constant struggle to find the cash for repairs and the threat of anti-social behaviour in the surrounding area.

It is a huge, imposing building with a tiny but devout Serbian Orthodox congregation which has made it their home since the mid 1980s.

Thousands of people pass close by every day but few ever get the chance to see inside so the Mercury grabbed a rare opportunity to have a look at its beautiful interior...
Click to expand... 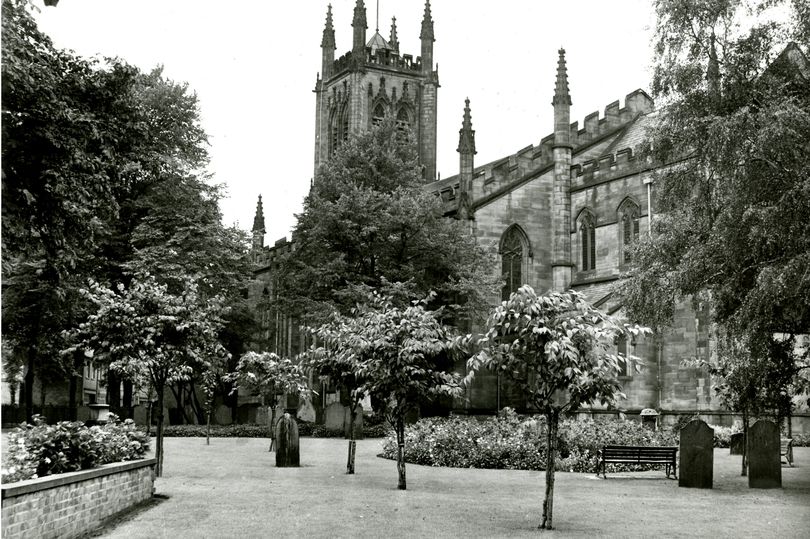 But what caught my eye was what is inside of it: 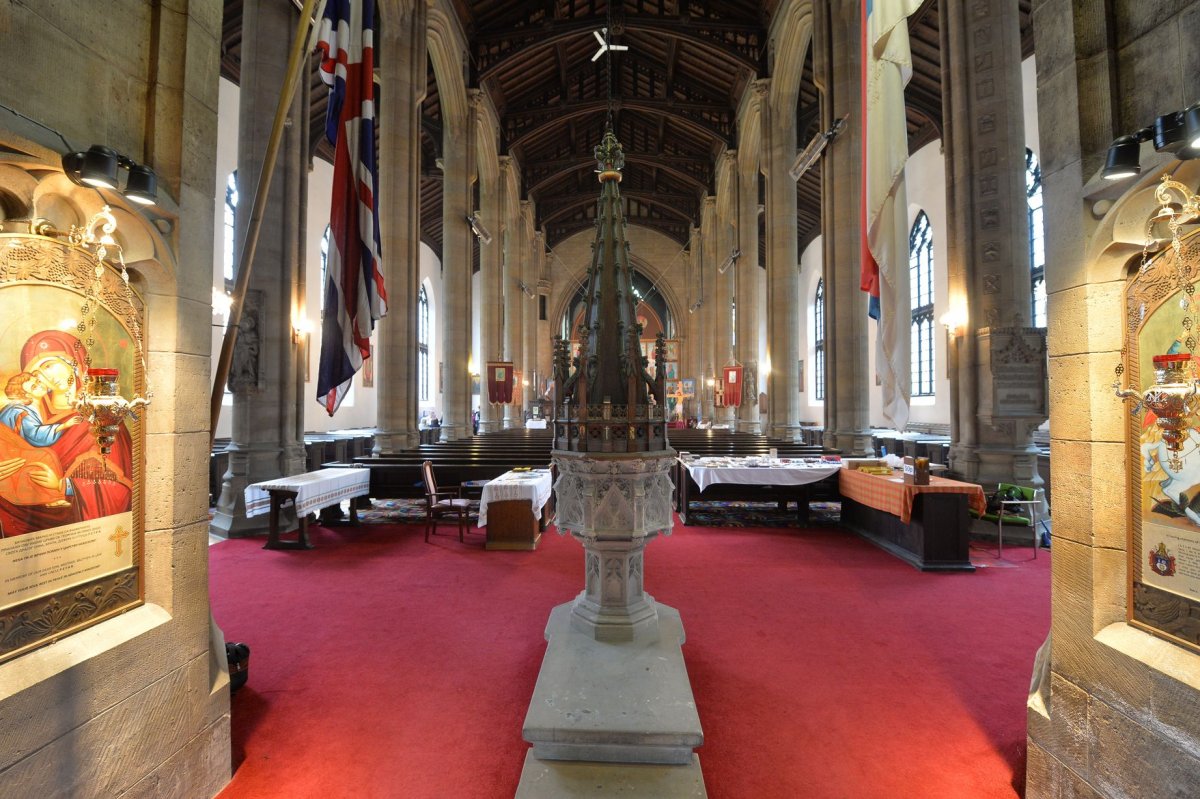 Can't help but wonder if that used to be adorned on the outside of the church, like many similar spires we see. I'm not finding a lot of information on this particular church, there is a brief history at the link below, which mentions the lightning strike. Apparently the church also caught fire in the early 20th century. Bad luck, I guess.