Do we have a real photo of the entire Planet Earth? Is NASA concerned of its shape?

This is not a topic I'm particularly interested in, yet it is still very strange, and telling. I think everything is tied in together. There could be some common denominator connecting all the bizarre events, and objects mentioned on this website with our space exploration controversy. At some point this denominator might reveal itself.

It appears that we do not have a single pure, authentic, unaltered photo of our entire planet from space. The 1967, and 1972 ones are supposed to be real, but based on the totality of circumstances, they does not pass the "smell" check at all. Just the mere fact that we are talking about the 1972 "photo" in the year 2018, should raise a flag or two. Of course we have the alleged "real" photos of Earth from the Moon, but those seem to be reasonably fake.

To be clear, most of the claims of this "hoaxy fakeness" have been debunked with some scientifically formulated gibberish similar to this: Debunked: "Blue Marble" Photos show a Changing Earth. I'm pretty sure everyone knows how to use Google for additional debunking links.
Click to expand...

There are several (after 1972) full Earth images, but none of those appear to be genuine photographs. This topic is nothing new to the people interested in the matter. At least YouTube has been full of this information for ages. But for the public, whose day to day interests are far from space exploration related topics, it might appear strange. Well, I hope it would.

For some it might be a surprise that on 07.20.2015 NASA took their first full Earth photograph since Apollo 17 mission. In other words since 12.7.1972. For 43 years there was not a single photo of full Earth taken by NASA. Indeed, who cares about such an insignificant planet, especially when the technology is supposed to be widely available? So, how many non-composite NASA images of full Earth were there produced by NASA? Well, from 1972 to 2015 there was none. I don't think there were any after 2015.

Of course, the 2015 Blue Marble was not a photograph either, "Multiple, adjacent swaths of satellite data are pieced together like a quilt to make one global image."

Additionally, we had a few images of Earth obtained from the surface of the Moon.

Honestly, with all the multitude of earth images, it is very hard to figure out which ones are claimed by NASA as real photos. There is really no point in detailed discussion of anything produced by NASA after 1972. Those are composite images according to NASA itself, to include the 2015 one. For confirmation you can either read the description under the Earth images here: 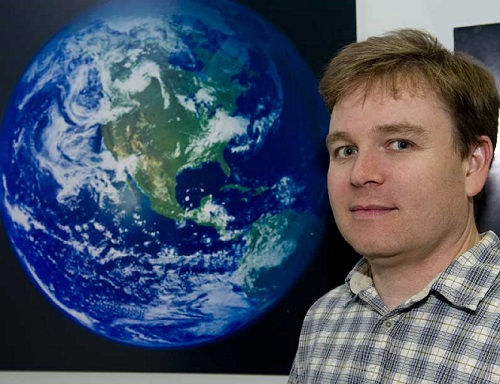 ​
"My role is to make imagery from Earth sciences data. I turn data into pictures. I look for new, interesting events that NASA’s satellites have seen or that are hidden in the latest data to find anything interesting that shows off NASA’s unique capabilities. Finding things is the fun part. I rely on engineers and scientists to produce the data. Their reliable, real-time, stream of 1.7 terabytes a day is incredible–the same as producing 3,000 CDs a day. We know where to look for the interesting stuff because each instrument provides a very specialized type of information. So if I am looking for something specific, I know where to look. For example, recently there was a volcanic eruption in the Red Sea. The only reliable imagery of this was from NASA satellites. We basically confirmed the existence of a new island. Our team is purely about communications. We translate data into a useable and understandable form. Our writers and visualizers explain what we are seeing and our Web developers tell the world." - Robert Simmon

A short summary of what we have is on the images below. 1967 (2), and 1972 photos are the only ones not claimed to be some sort of compilation.

​
Of course people started asking question in reference to size of the continents, shape of the clouds, etc. The 2002 Blue Marble was a special one with cloned clouds and other nonsense. 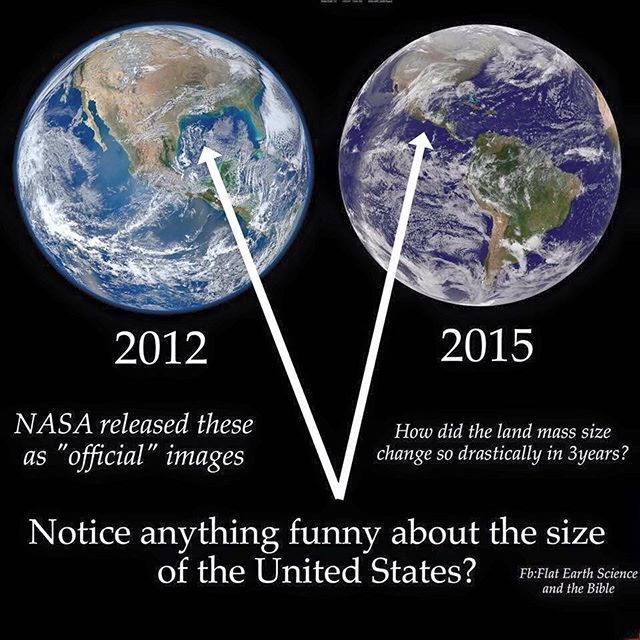 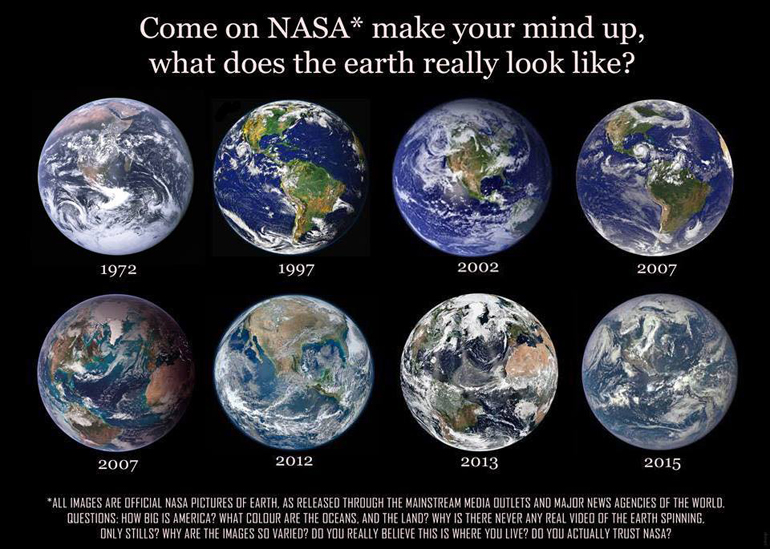 ​
The continent size difference debunking followed. It works just like any other explanation. We all know that it's pretty easy to build a pyramid with a copper chisel.

​
Of course the cloud issue did not stop with Blue Marble type NASA images. Those are found all over the place. 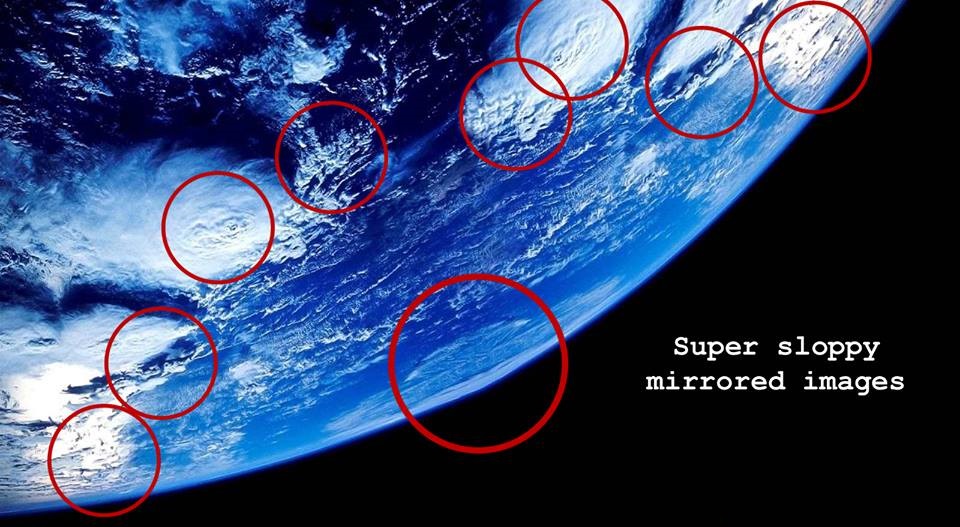 Some even say there is a word "SEX" displayed by the clouds of the Blue Marble photo. NASA keeps the original photo here.

​
And then we have the "Earth from Moon" ones. 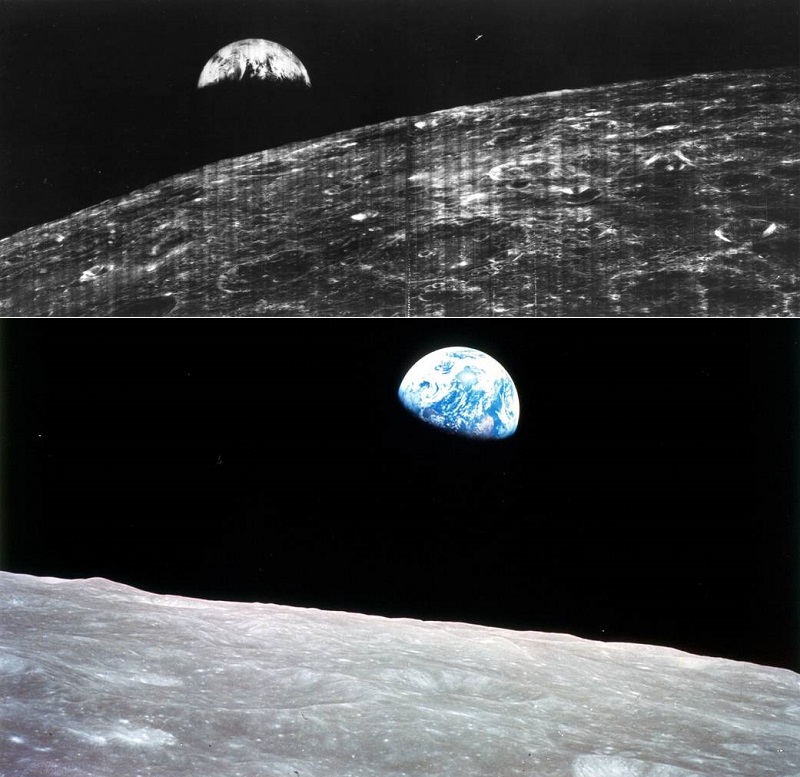 ​
Hard to accept the above as real photos due to size issues. This is what our Earth ^ looks from the surface of the Moon (according to NASA). Shouldn't the Earth be times bigger. What do you think?

​
Well, and of course some remember that memorable - NASA Camera Captures 'Dark Side' of Moon. Somehow the clouds remained the same after the full rotation of the Moon. Really?

​
After the above shenanigans, I have hard time believing that there are any real "Earth from Space" images out there, including 1969, and 1972. Especially after NASA's Don Pettit says that they are technologically incapable of going to the Moon any longer. Lower Earth Orbit is our 2018 limit. Being so advanced in 1969 and all over sudden "lost technology" in 2018. What?

They are able to obtain real photos with limited technology 40+ years ago, but today they feed us CGI. How hard is it to spin this costly, expensive machine, called Hubble Space Telescope, around, and snap a few unaltered "whatever quality comes out" pictures for us? Appears to be real hard.

Directing your attention to any NASA equivalent will turn something similar to:

​
Can anyone out there take a simple non-compiled photo of this Earth? Are they hiding the shape of our planet? What else could this nonsense mean?
Click to expand...

KorbenDallas said:
Can anyone out there take a simple non-compiled photo of this Earth? Are they hiding the shape of our planet? What else could this nonsense mean?
Click to expand...

No they can not. Back in the day, NASA used vrml technology (virtual reality markup language (3 html)). and this is how the far side of the moon was done. The new blood at NASA didn't know what the old blood had done. They released the video as public domain of Discovery satellite.

Vrml was 3d in your browser, 3d websites, 3d worlds, very cool. We are not allowed to have that tech. Google said no plugins. So all the other browsers curtailed.

In this video, I show you the nasa public domain vrml and what to look for in their footage.

FlatFact said:
No they can not. Back in the day, NASA used vrml technology (virtual reality markup language (3 html)). and this is how the far side of the moon was done. The new blood at NASA didn't know what the old blood had done. They released the video as public domain of Discovery satellite.

Vrml was 3d in your browser, 3d websites, 3d worlds, very cool. We are not allowed to have that tech. Google said no plugins. So all the other browsers curtailed.

In this video, I show you the nasa public domain vrml and what to look for in their footage.

Dear "Flat Fact", tx for unravelling this strand of the collective past.
Your expertise is much appreciated (by me at least, so far) 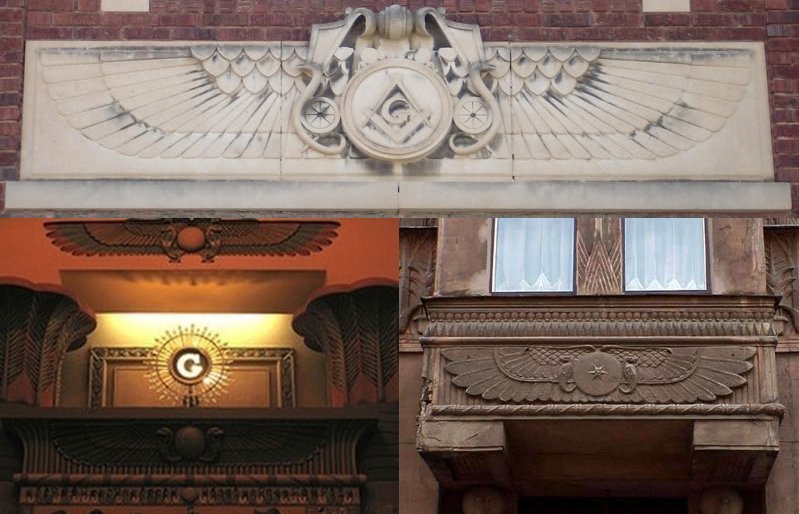 These are images above free masonic lodges. It appears the masons were behind the ball earth heleocentric hoax. Eric Dubay does an excellent job of explaining the depth of the masonic lie and its connections to NASA Dubay NASA and freemasonry. My grandfather was a 33rd degree mason from north carolina, so this subject has always been awkward for me, but I have moved past it and accepted what I know is probably true. I have never been involved with the masons but always interested in the "esoteric" my whole life. I dont agree with everything Dubay says; like vegetarianism, the origin of the Tartarian obelisks and his take on Jesus.

NickWeech said:
Dear "Flat Fact", tx for unravelling this strand of the collective past.
Your expertise is much appreciated (by me at least, so far)
Click to expand...

ps. Your site has several goodies available for those interested in unravelling the generally accepted worldview. Tx
You must log in or register to reply here.
Similar articles