Photo Needed: Liberty Island prior to 1885, without the Statue of Liberty Pedestal

On June 17, 1885, the French steamer Isère, arrived in New York with the crates holding the disassembled Statue of Liberty on board. New Yorkers displayed their new-found enthusiasm for the statue. Two hundred thousand people lined the docks and hundreds of boats put to sea to welcome the ship. 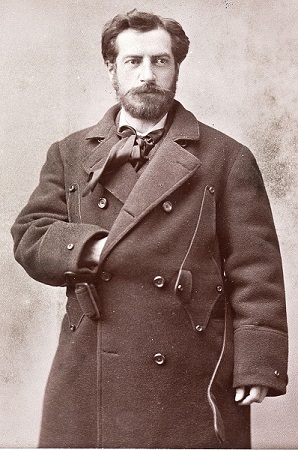 Liberty Island​
Liberty Island is a federally owned island in Upper New York Bay in the United States. Its most notable feature is Statue of Liberty (Liberty Enlightening the World). The island is an exclave of the New York City borough of Manhattan, surrounded by the waters of Jersey City, New Jersey. 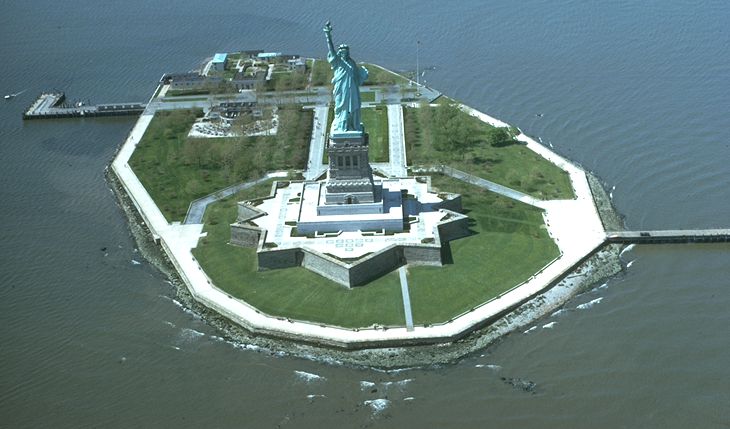 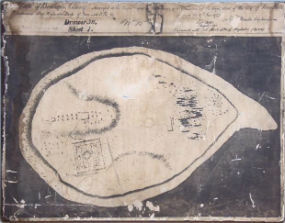 Source​
Fort Wood​
While work went on in France on the actual statue, fundraising efforts continued in the United States for the pedestal, including contests, benefits and exhibitions. Near the end, the leading New York newspaperman Joseph Pulitzer used his paper, the World, to raise the last necessary funds. Designed by the American architect Richard Morris Hunt, the statue’s pedestal was constructed inside the courtyard of Fort Wood, a fortress built for the War of 1812 and located on Bedloe’s Island, off the southern tip of Manhattan in Upper New York Bay.
A photograph of soldiers in front of the Garrison's Quarters on Bedloe's Island in 1864. 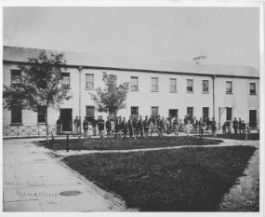 Source​
An illustration of a corporal of the guard at Fort Wood during the Civil War. 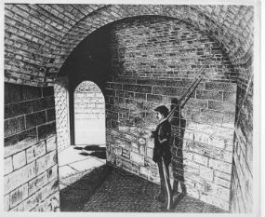 Statue Of Liberty Pedestal Sits Atop The Remains Of Fort Wood. 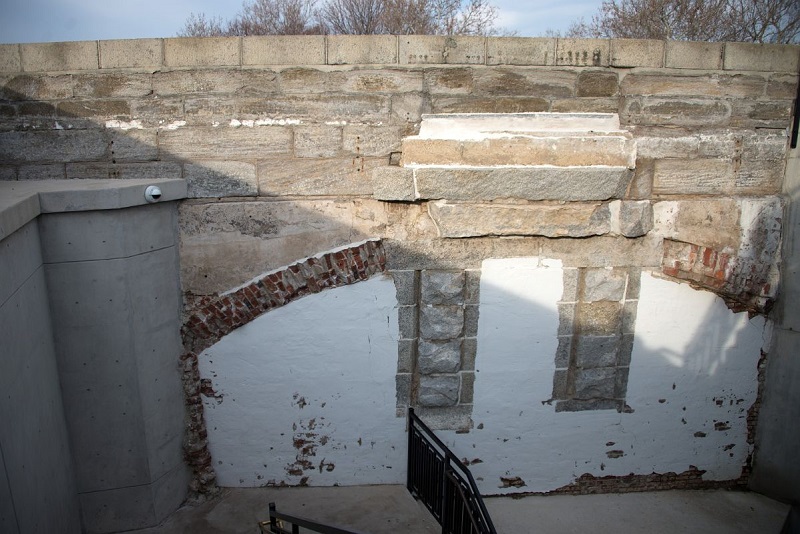 Pedestal Construction
9 October 1883 and 22 August 1886​
The engineer Charles P. Stone built a real little village in which the workers could live more or less independently without having to route them on site every day. The materials, themselves, had to be a constant supply, forcing the engineer to coordinate many trades. To manage all that Stone hired an energetic foreman, David H. King, who hired a large number of Italian maneuvers. They were housed directly on the island in a sort of little village created for the occasion, with many wooden huts and the few public elements necessary for life there. This rather thankless job, carried out in difficult conditions, was their tickets in the United States. 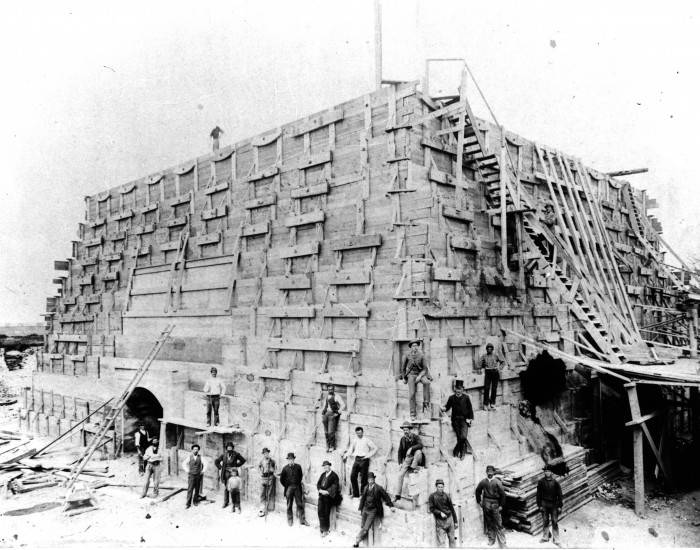 The illustration below is from from 06.06.1885 Harper's Weekly. Is this a rooftop sticking out? 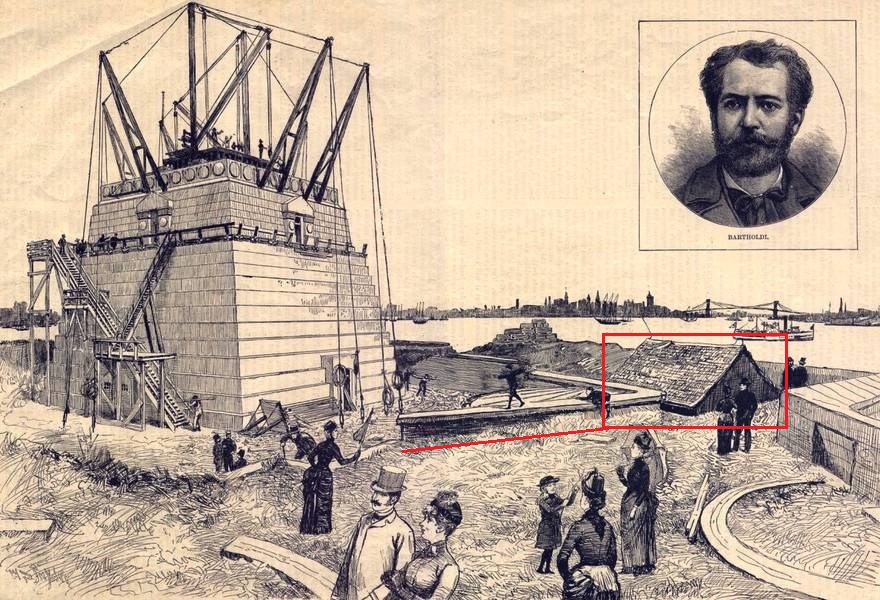 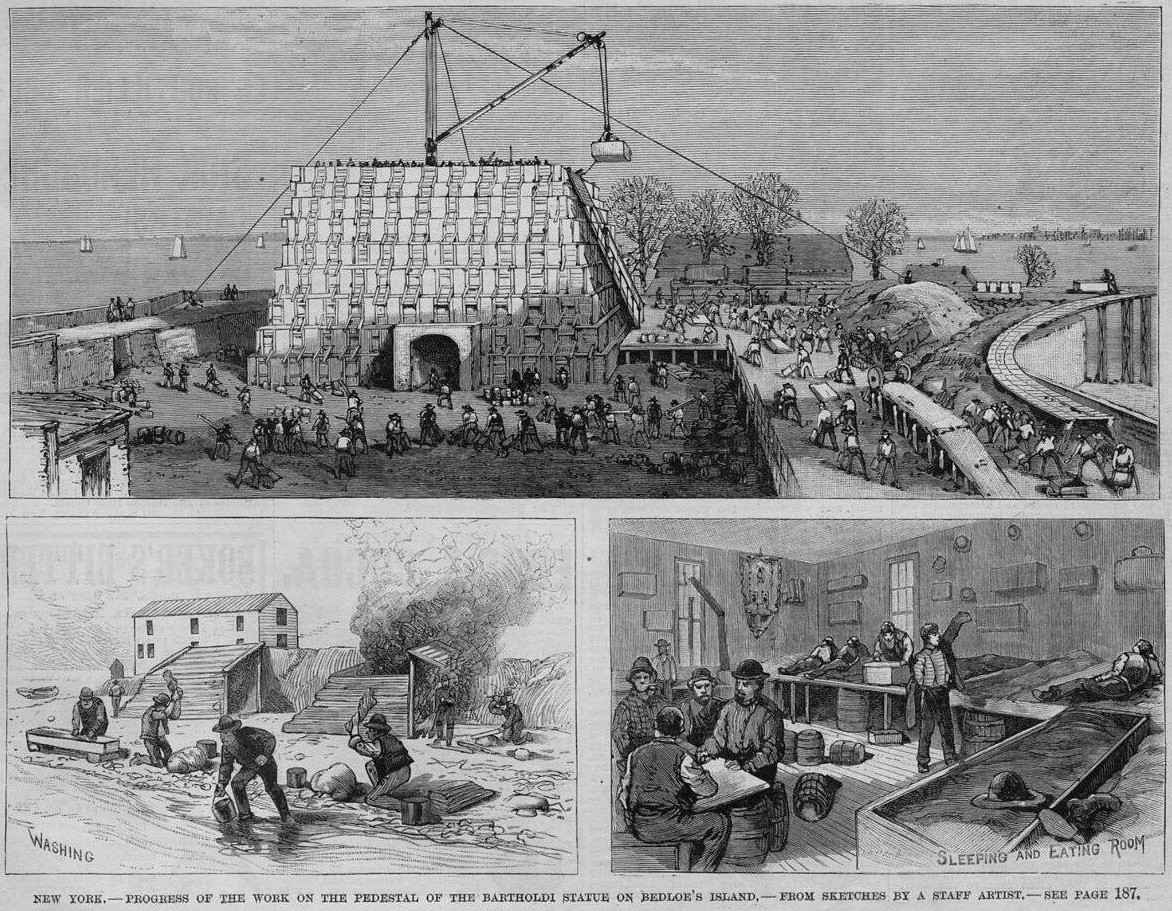 ​
The pedestal construction ended April 22, 1886 with the laying of the last stone of the granite base. This stone was sealed leaving a space, a kind of box in which we put different objects belonging to the members present at that time, but also a copy of the Declaration of Independence of the United States. It happened during a ceremony chaired by William A. Brodie, a notorious Freemason, Grand Master of the Grand Lodge of the State of New York and organized on this occasion a Masonic ceremony entirely conventional. This ceremony was greatly criticized in subsequent years. Even today are under the base of the statue a portrait of Bartholdi, stamps, etc. 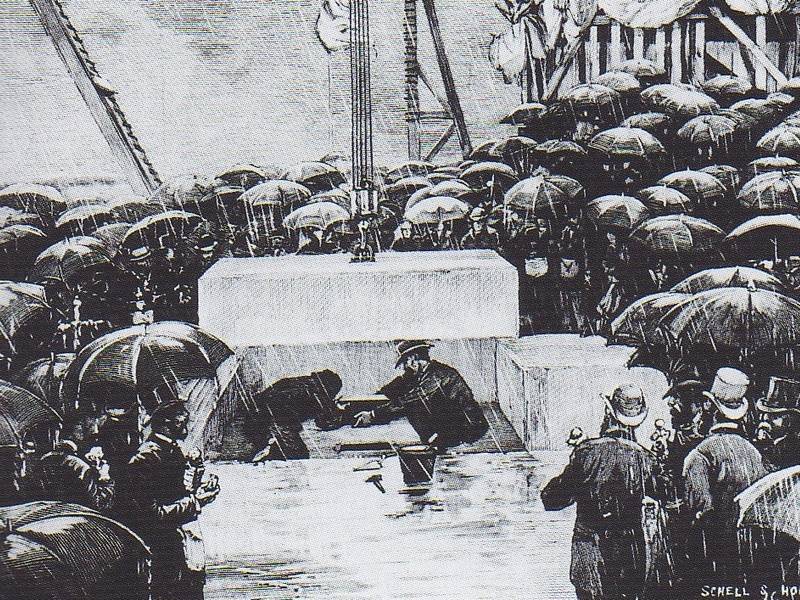 KD: I wanted to see what this Liberty Island looked like prior to any activities related to the Statue of Liberty. The pedestal construction started on 9 October 1883. As we all know, there were hundreds of thousands of photographs made prior to this date. They definitely had means at the time:
Yet, I miserably failed to find a single photograph of the island with Fort Wood still being present. What's up with that?
Click to expand...