It doesn't appear that any Europeans had anything to do with the construction of the below structures. Well, at least, not that we know off. 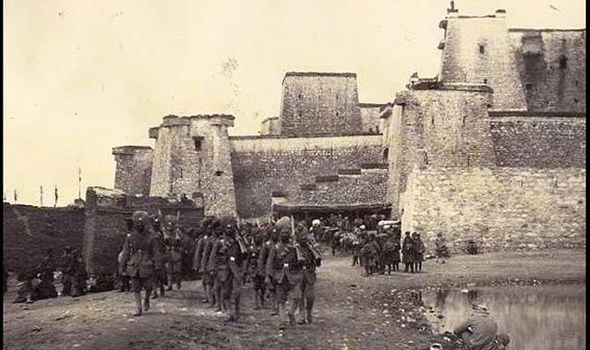 Phari Jong ​
To be honest, I did not get too surprised after running into the below 1904 photograph depicting a Star Fortress (at least it looks like a star one to me) located in Tibet. This Phari had to change its name for whatever reason and today is being called Pagri. 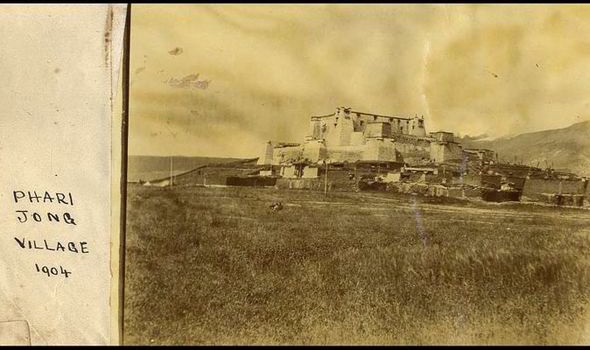 As you can see, according to Wikipedia, the place was a dump in 1811. Thomas Manning, the first Englishman to reach Lhasa, visited Pagri from 21 September until 5 November 1811 and had this to say about his room in the town: 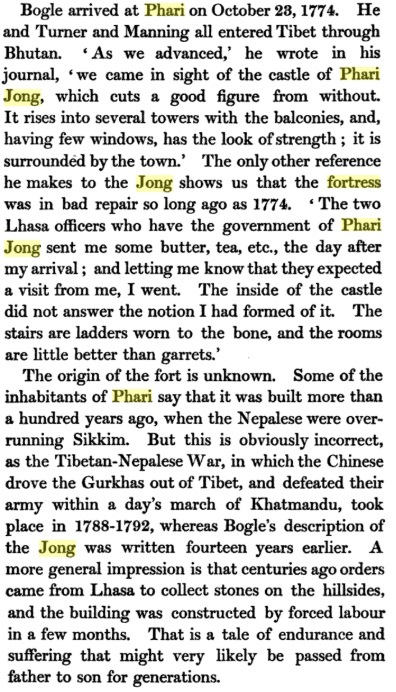 The Unveiling of Lhasa
​
Pagri was of some military importance in the early 20th century when it was occupied by the British Tibet Expedition under Francis Younghusband in 1904. The Pagri Fortress (Dzong) was located here and was important for the government as it stood between Tibet and Bhutan. Pagri was a staging area en route to Gyantse and ultimately Lhasa.
KD: As we can see, even in 1774 they did not appear to know who built the Fortress.

Gyantse Jong: 1900-1901​
Some 50 miles south-east of this town, in the valley of the Nian-chu, stands one of the oldest towns of Tibet, Gyantse, advantageously situated for trade with India. Carpets and cloth are made in this spot, widely renowned for its immense suburban (temple), which is five stories high, and has numbers of rooms containing numerous statues of Buddha, some of them very old.

Source
​
The formidable fortress of the Gyantse Jong with the British and Indian camp in the foreground. 'The Fusiliers thought that, in the hands of European troops it would be impregnable. 'But the Tibetans were poorly armed and led by officers who were in awe of the British. 'The artillery opened up a breach in the walls which was stormed on 6th July 1904. 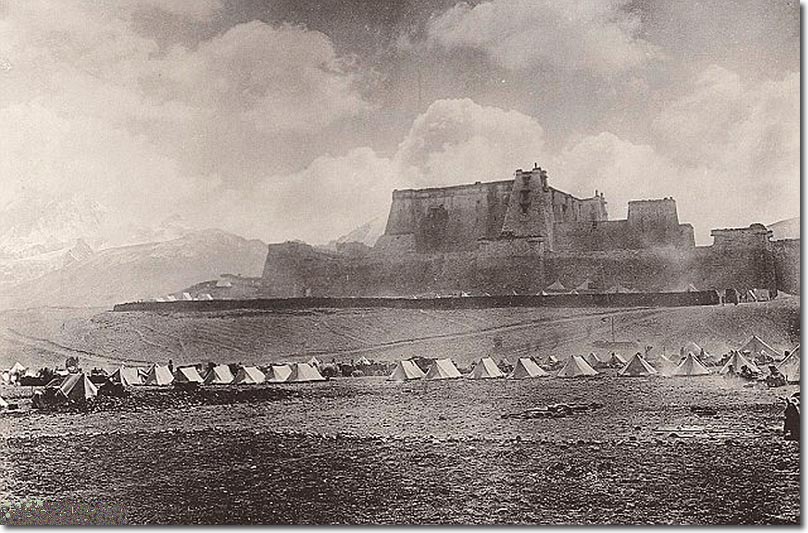 Gyantse Jong: 1904​
The image was taken the morning after the capture of the fortress (or jong). A breach was eventually made in the walls by the mountain artillery and then a force of Gurkhas and men from the Royal Fusiliers stormed the fort after a short but bitter fight. During that action Lieutenant John Grant of the 8th Gurkhas won a Victoria Cross (VC). 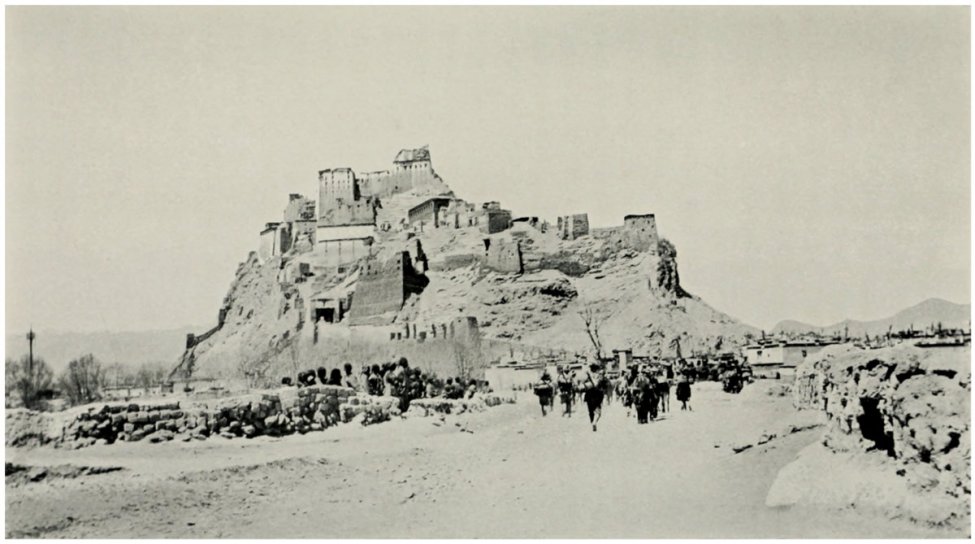 Chitishio Jong​
Chitishio is a dzong in Tibet. The site is in ruins; it was a Buddhist monastery. Take a look at the Wikipedia page devoted to this Star Fort. Do you think there is something missing in there?

Shigatse Jong​
Shigatse Dzong was originally built by Karma Phuntsok Namgyal (1611–1621), the second in the line of the Nyak family who ruled Tibet from 1565–1642, after which the capital was moved to Lhasa. Shigtse Dzong’s historic importance was accentuated by the fact that the Mongol ruler Gusri Khan installed the Fifth Dalai Lama as the supreme ruler of Tibet, which then covered territory from Tachienlu in the east up to the Ladakh border in the west in the 17th century. In later years, the fort became the residence of the governor of Tsang. The modern city of Shigatse has developed around the base of the Dzong.

KD: Anyways, we have lots of these Jong/Dzong structures, and I barely scratched the surface here. All of these structures have a very suspicions origin. They were not built by the European colonizers. If they were built around 1,500 AD, as some of the Wikipedia articles claim, than by who? Individuals similar to the ones below, Or by someone else?
So, who built these forts and 13 story buildings in Tebet circa 1,500 AD, or even earlier?
Click to expand...

That woman in the last pic is freaking huge.

There is defiantly a differing style of east west forts, the only similarity is the mystery of their construction and purpose.

Here are some that I threw into a thread on the SH.net.