Lady of Elche, and Lady of Guardamar: what are they wearing?

We have busts of two ladies wearing some bizarre looking headdresses. At least that is the version provided by the official history. Somehow, I am not so sure about the decorative purpose of these devices looking wheels attached to their head. Both busts were located in Spain, and are claimed to be from the 4th century BC. The Lady of Elche was located in 1897, and the Lady of Guardamar was discovered in 1987.


Lady of Elche​
The Lady of Elche is a limestone bust that was discovered in 1897 at L'Alcúdia, an archaeological site on a private estate two kilometers south of Elche, Spain. It is currently exhibited in the National Archaeological Museum of Spain in Madrid. It is generally known as an Iberian artifact from the 4th century BC, although the artisanship suggests strong Hellenistic influences. According to The Encyclopedia of Religion, the Lady of Elche is believed to have a direct association with Tanit, the goddess of Carthage, who was worshiped by the Punic-Iberians.
Headgear (official): The originally polychromed bust is thought to represent a woman wearing a complex headdress and large wheel-like coils (known as rodetes) on each side of the face. 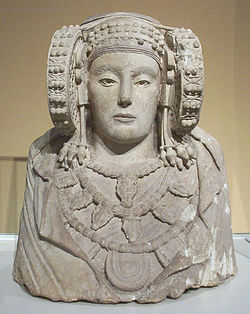 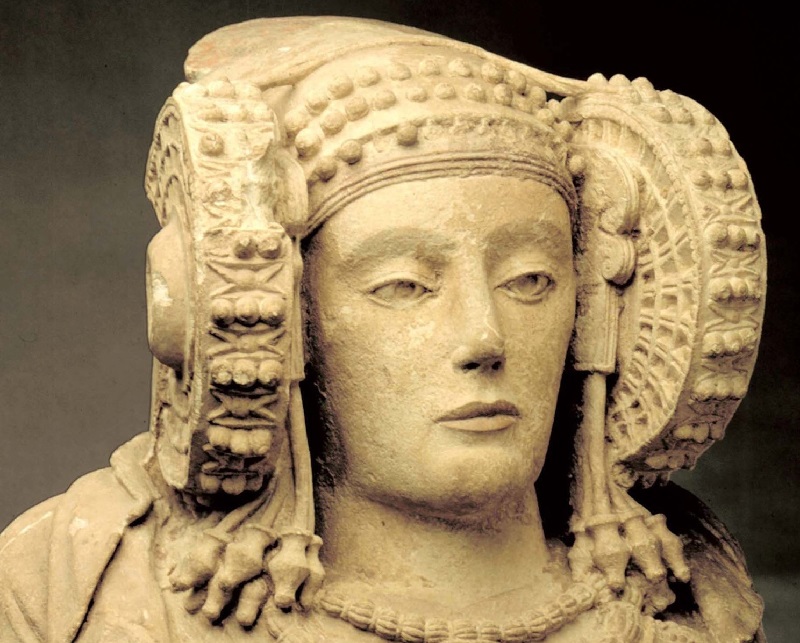 ​
"The below presumed artifact was found in 1969 at the level of 6 feet below the surface and in virgin soil. Until I find reason not to, at this time I am taking the finders word for it. It would appear to be a buckle due to the apparatus on the rear of the medallion and it has a slight curvature. it is approximately 3 inches in width." - source

The Presumed Lady?... of Elche? 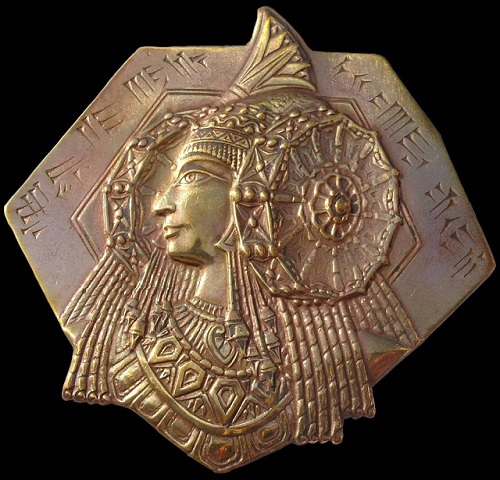 Lady of Guardamar​
The Lady of Guardamar, is a limestone female bust, 50 cm high, dated circa 400 BCE, that was discovered in fragments in the Phoenician archaeological site of Cabezo Lucero in Guardamar del Segura in Alicante province, Spain, on September 22, 1987. A large piece of a stone rodete (wheel headgear) was found first, at a shallow depth. There followed other fragments of the bust of an Iberian lady, and one large piece included the headdress, face and neck, which were found to have similarities to the Iberian bust, Lady of Elche. The sculpture had been hammered to fragments and even burnt in places. These fragments were taken to the laboratory of the Provincial Archaeological Museum of Alicante, where restorer Vincent Bernabeu began with washing and identifying the bits, first the chin, then the lips, then collar and chest pieces, and many other fragments that did not fit together and were not part of the carved surface. The delicate and painstaking task of restoration began in October 1987 and was completed in June 1988.

As nothing from the site is more recent than 300 BCE, and the site flourished between 430 and 350 BCE, it seems likely that the Lady dates from 400 to 370 BCE.
Headgear (official): Claimed to be just a headdress. 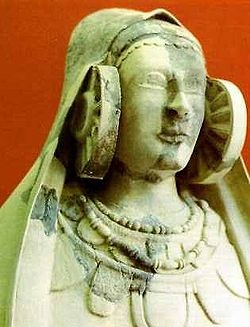 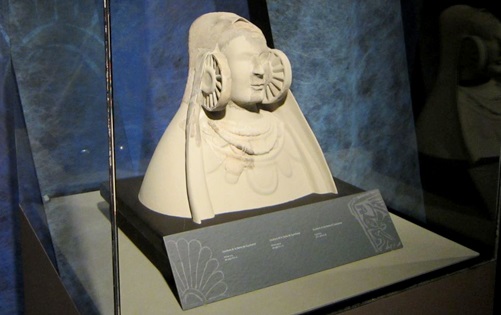 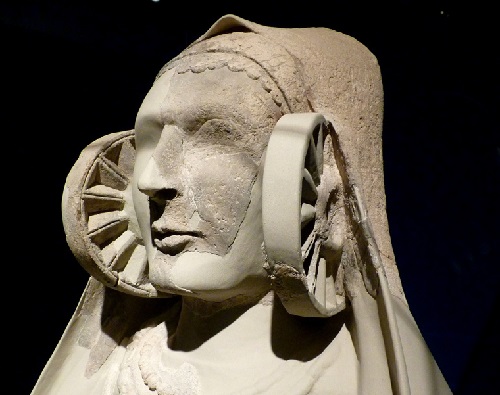 Buddhism Connection​
The gentleman who wrote this article thinks that the "headdress" could be related to the Wheel of Dharmachakra.

​
The wheel is also the main attribute of Vishnu, the Vedic god of preservation. Madhavan and Parpola note Chakra sign appears frequently in Indus Valley civilization, on several seals. Notably, in a sequence of ten signs on the Dholavira signboard, four are the chakra. 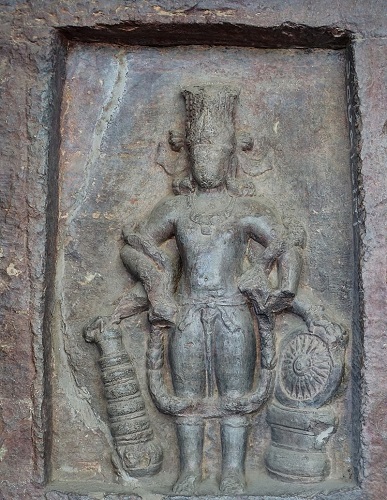 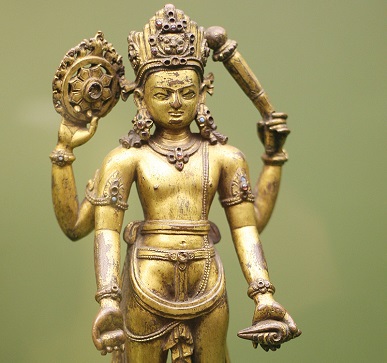 KD: Any ideas what purpose these headdresses could have been used for? (besides being decorations, of course) 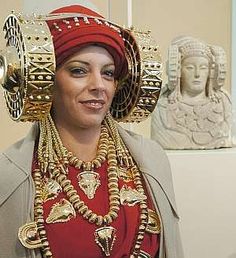