Millions of Venetian Piles: where are they?

This is a tricky one, for the available information appears to be pretty confusing. As far as everyone knows our famous Venice was built on the water. That means they had to use wooden piles, and beaucoup of those. I remember watching The Italian Job movie where they were diving underwater in Venice. This is the image from that movie, where you can see those piles. 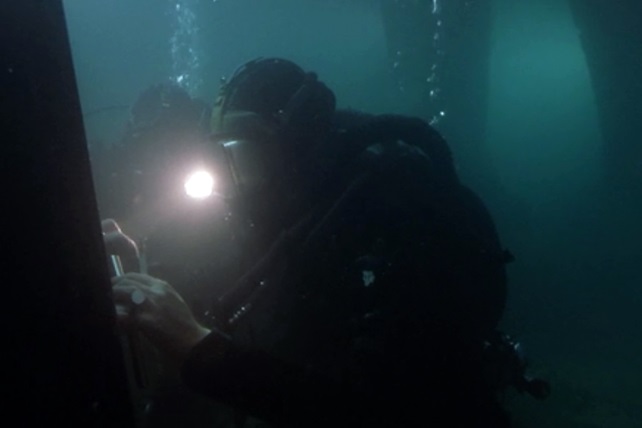 Wooden Piles​
The Wiki-article about the city of Venice is as convoluted as it gets. Try to figure out when the city was founded, for example. As far as the infoon the wooden piles goes... well, here is all we get:
Now let us see what we can fish out from other sources.

Engineering Venice​
Long ago the buildings were built by using long wooden piles (about 60’ long) driven deep into the ground. These piles go deep down into the soil, reaching past the weak silt and dirt to a portion of the ground that was hard clay which could hold the weight of the buildings placed on the piles above. The piles were also driven into the water which normally would have been a disaster as wood rots normally. The wood used in the construction of the piles was very water resistant but even so the wood should have rotted away eventually. However, several things happened which kept the wood intact for over 500 years. The first is that wood rots only when both air and water are present, so in the oxygen starved environment of the water underneath the buildings, the wood was protected until the second thing happened. The waters of the lagoon carried an extremely large amount of silt and soil and the wood was being blasted by this sediment for years. The wood absorbed the sediment and quickly petrified into basically stone at an accelerated pace. The wood used in the construction of the piles was also very water resistant such as oak or larch. 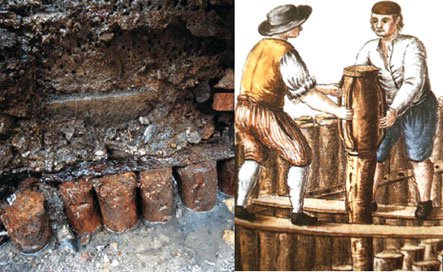 Siberian Larch (Larix Sibirica)​
This is just a visual aid for a better understanding of what 2,000 miles separating the most eastern part of Siberia from Venice look like. Of course them Venetians chose to use the Siberian wood for their piles.

During the period V-XI centuries, the time of Venice’s Golden Age, and hence its rapid rise and growth in Construction required robust and long-lasting materials. The city opted for Siberian larch, Siberian larch traded by Scythians, ended up making the most of cores of the piles that the famous city on the water was built upon.
Venice was constructed between the fifth and ninth centuries and more than 400,000 larch piles were used to strengthen the foundations of many structures. In 1827, more than one thousand years later, some of the piles were examined. Conclusions about their strength stated that piles made of larch, on which the underwater part of the city was built, had become as hard as rock.
A 17th century book which explains in detail the construction procedure in Venice demonstrates the amount of wood required just for the stakes. According to this book, when the Santa Maria Della Salute church was built, 1,106,657 wooden stakes, each measuring 4 meters, were driven underwater. This process took two years and two months to be completed. On top of that, the wood had to be obtained from the forests of Slovenia, Croatia and Montenegro, and transported to Venice via water. Thus, one can imagine the scale of this undertaking.

The Piles - how many?​
As we can see, our piles differ from 12 feet to 60 feet in lengths. It is also obvious that calculating the total number of piles in Venice does not appear to be attainable. A single Santa Maria Della Salute church required up to 1,106,657 (don't you just love the precision count?). They were allegedly driven underwater within two years and two months. That is 1,400 piles a day.

The way they drove piles in back in the day you can see in the image above. Here is what they use for the same purpose today. 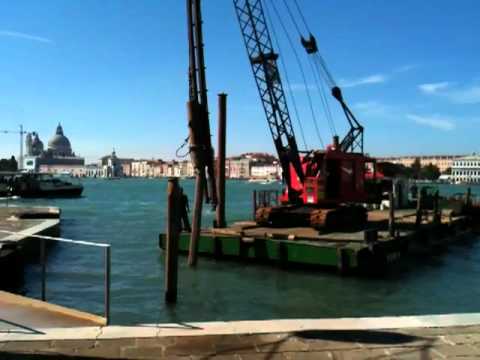 ​
As far as we can gather from various sources there were millions of piles used to build the city of Venice. 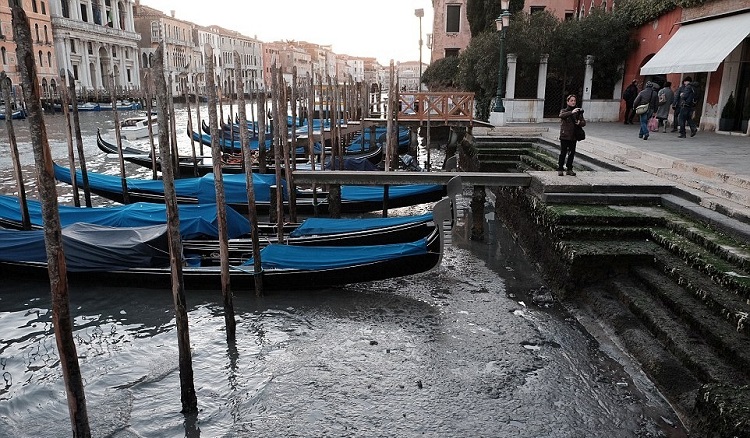 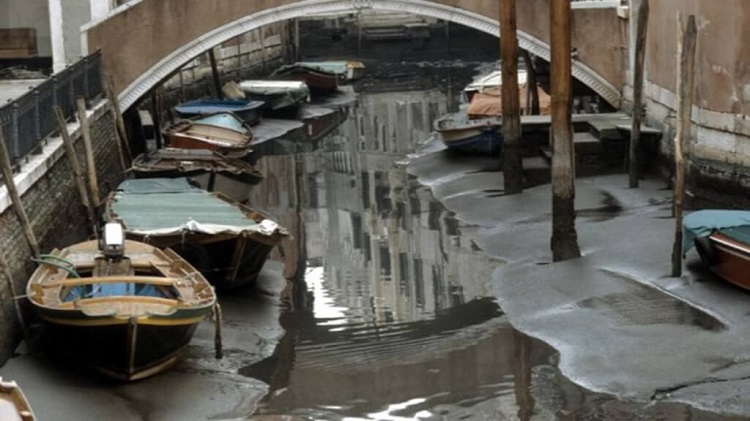 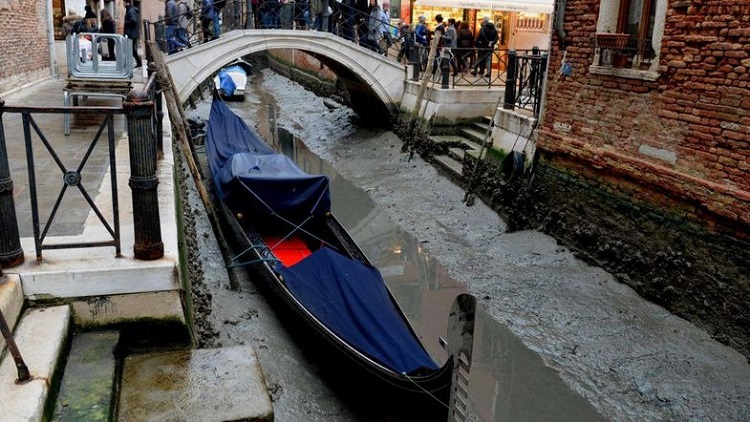 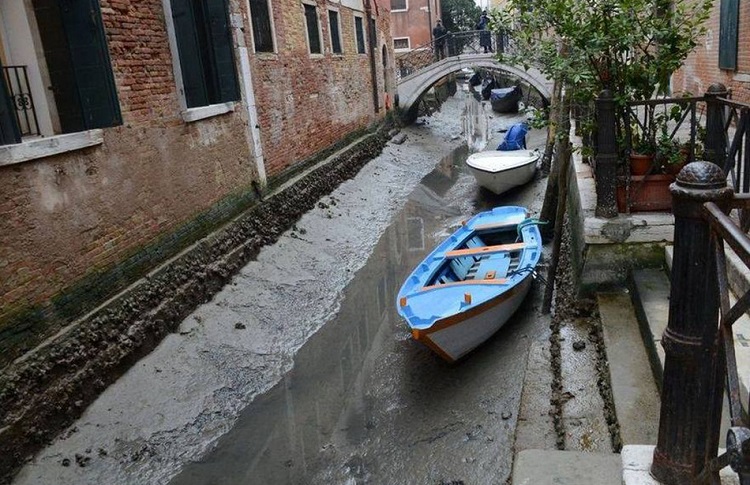 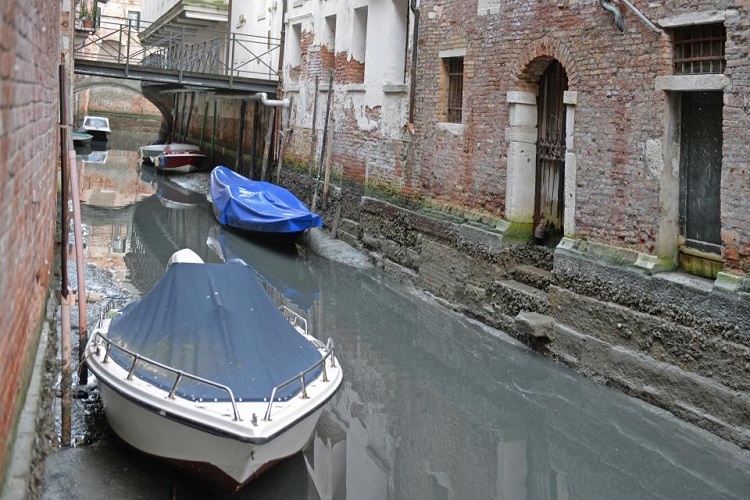 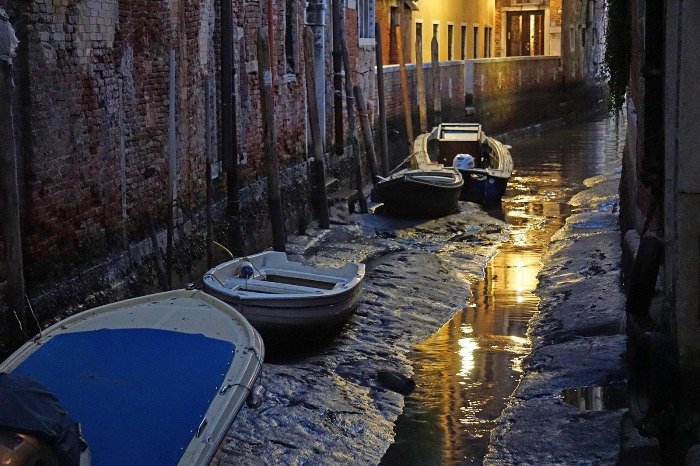 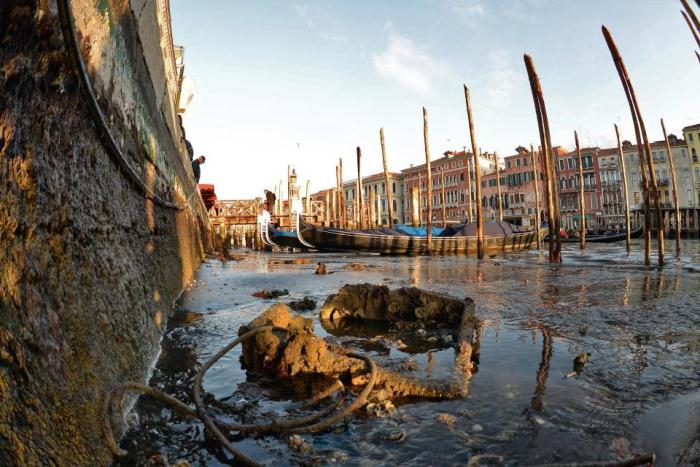 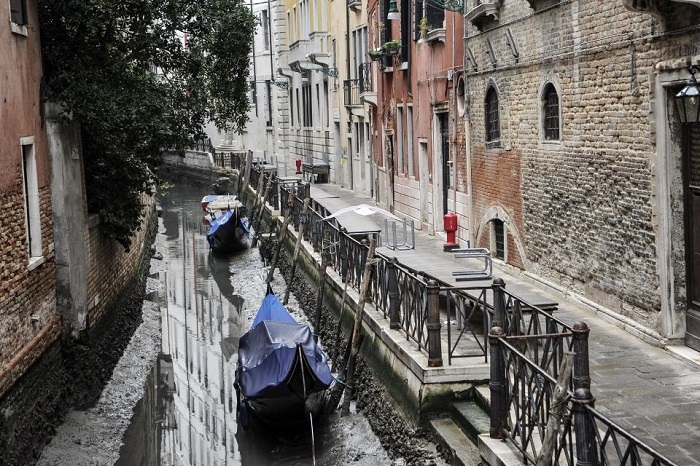 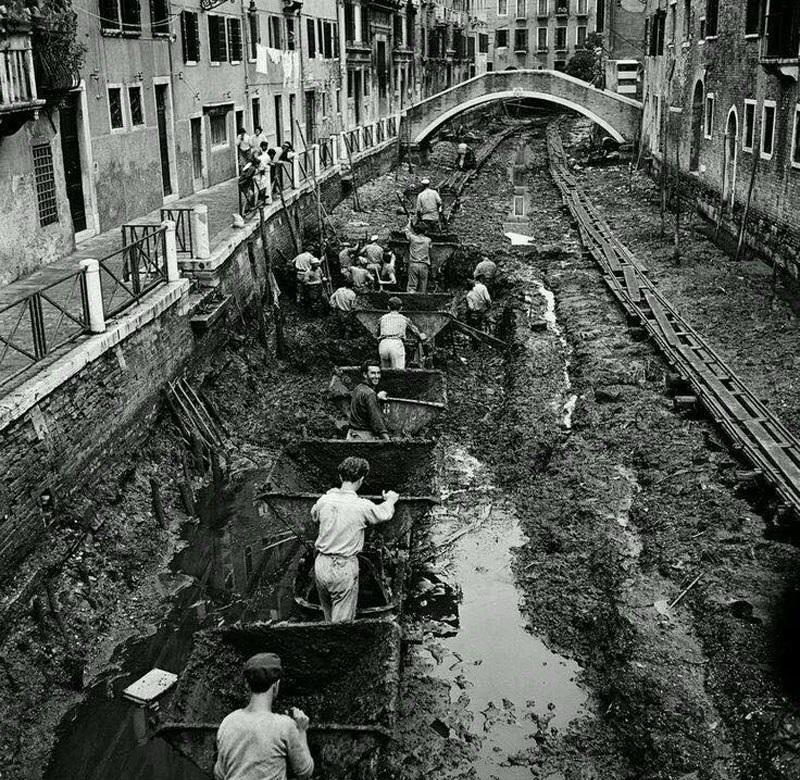 ​
KD: To be honest, I thought them Venetian canals were much deeper. I also was under the false impression that the entire city was built on those wooden piles. May be they are hiding the millions of piles somewhere else, but I find the available photographs of the city of Venice free of water to be somewhat suspicious.