Per the PTB: The Obelisk of Axum is a 4th-century AD, 24-metre-tall (79-feet) obelisk, weighing 160 tonnes, in the city of Axum in Ethiopia. The obelisk ends in a semi-circular top part, which used to be enclosed by metal frames.
The Obelisk of Axum is intricately carved to represent a nine-story Axumite building. At the base are two false doors, carved to look like the wooden entryways into an Axumite home. The detail on these doors is incredible, even to the point of false locks being carved into them. The architectural illusion continues as we work up the monolith. Each 'story' of the building appears to have a frame, structural supports, and windows, all of which are only carved outlines. At the top is a rounded peak that once was enclosed in a metal frame. It was likely used to hold some sort of symbolic image or icon. Overall, this impressive structure gives the impression of a massive building, giving us a strong idea about what the architecture of Axum would have looked like. 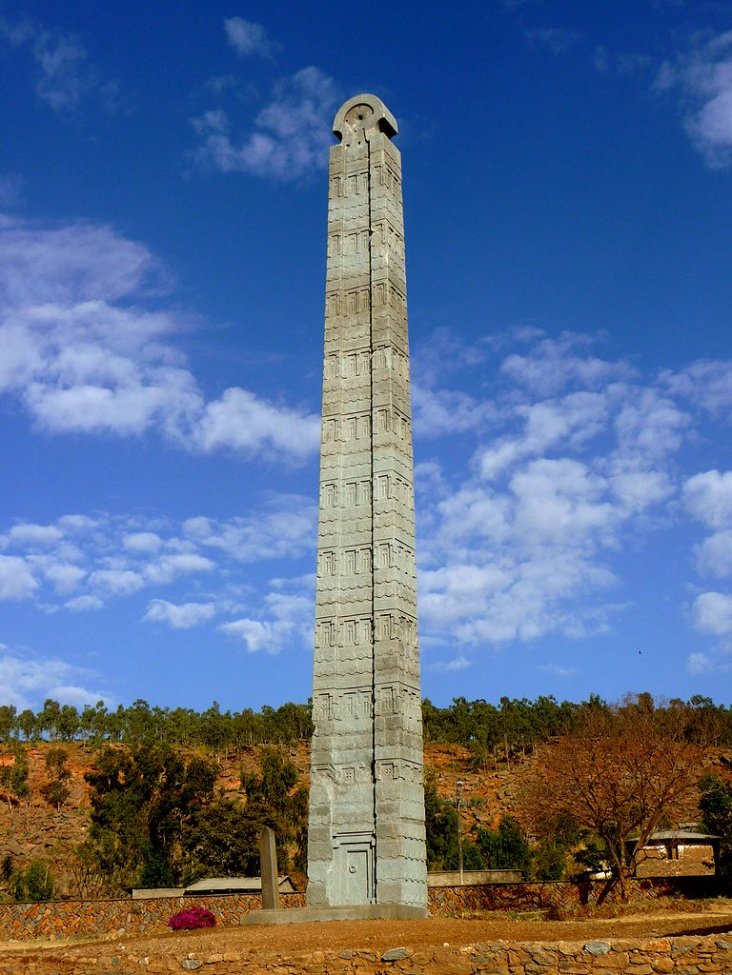 ​
The stelae were probably carved and erected during the 4th century CE by subjects of the Kingdom of Aksum, an ancient Ethiopian civilization.
Check this stuff out: At the end of 1935, following the Italian occupation, Italian soldiers found King Ezana's obelisk of Axum still standing. In 1937, it was taken as war booty and moved to Italy. The monolith stele was cut into five pieces and transported by truck along the tortuous route between Axum and the port of Massawa, taking five trips over a period of two months. It arrived via ship in Naples (on a ship called Adwa), on March 27, 1937. It was then transported to Rome, where it was reassembled and erected on Porta Capena square in front of the Ministry for Italian Africa and the Circus Maximus. It was officially unveiled on October 28, 1937 to commemorate the fifteenth anniversary of the March on Rome.

The first steps in dismantling the structure (in Italy) were taken in November 2003. The intent was to ship the stele back to Ethiopia in March 2004, but the repatriation project encountered a series of obstacles: 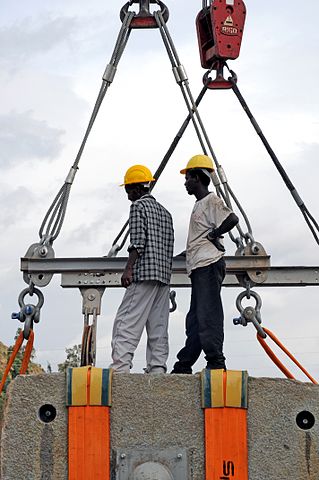 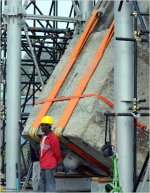 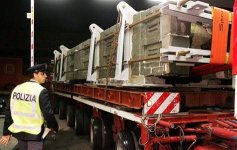 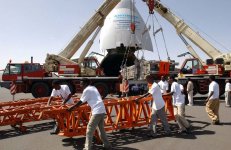 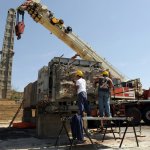 ​
These transportation difficulties are not the main purpose of this article, but I simply could not help it. So, how did those who barely progressed from a loincloth were able to make, transport and install these?

KD: Here we have a few close ups to consider. 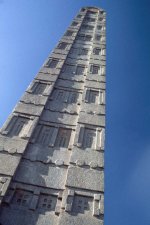 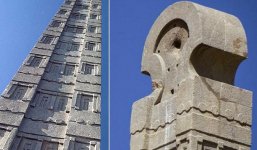 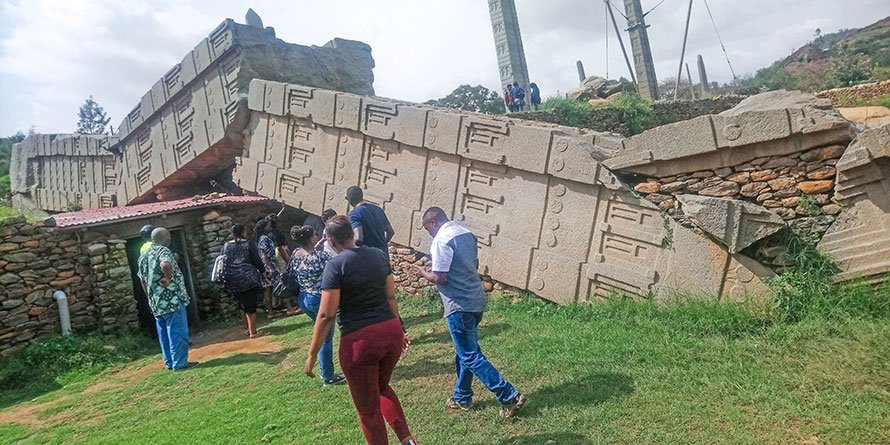 Wondering if the stuff is somehow related to what you can see in the video below.


​
You gotta love our pseudo-historians. They feed us this “obelisk” BS instead of saying:

KD: Any opinions on all of this non-sense?
Click to expand...

Nothing to really add, except boy, does our standard history gloss over monoliths like this. Everyone is familiar with the pyramids at Giza and the attempts to figure out how they could have built it... but they're presented like an anomaly. The fact is, construction of multi-ton stone structures was apparently commonplace at some point in the past across the entire world. And the massive issues with that, illustrated by the complications of even moving stuff like this with modern equipment, underscores that the explanation of apparently "hard work and determination" does not go nearly far enough to explain this. Either we're exponentially lazier now (which might also be true), or we're completely confused on the process.

As with the pyramids, I tend to think these massive structures weren't cut, moved, and sculpted, but poured into molds. Which isn't even a crazy exotic explanation, it's amazing that our recency bias won't even allow the "ancients" the ability to make concrete-like substances.

The really odd part in this story is the movement to Italy in the 1930s. I'd like to see some visual record of that achievement.
W

Seems it would have been easier and cheaper to just build another obelisk rather than transport the old one.

Also, in one of those pictures, the obelisk looks like the right third is cracked from top to bottom. Any explanation as to how a building can be cracked (deeply) and still be standing?

Whitewave said:
Also, in one of those pictures, the obelisk looks like the right third is cracked from top to bottom. Any explanation as to how a building can be cracked (deeply) and still be standing?
Click to expand...

Didn't find it. Which picture are you talking about?
W

Sorry. Comparing this pic to the others it occurs to me that it's probably just a shadow. My bad.
You must log in or register to reply here.
Similar articles