Reenactment: did they use catapults at Gettysburg during the US Civil War of 1861-65

A catapult is a ballistic device used to launch a projectile a great distance without the aid of explosive devices - particularly various types of ancient and medieval siege engines. In use since ancient times, the catapult has proven to be one of the most effective mechanisms during warfare. 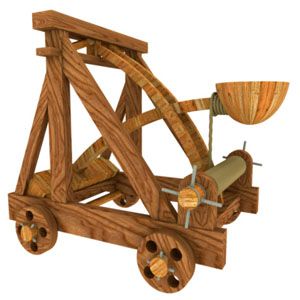 The official explanation for the below photograph as found on the National Parks website.

A number of men posing as dead soldiers lie across and underneath rocks in Devil’s Den. Library of Congress.
Click to expand...

I think the above explanation is a lie. These soldiers are dead, and there is no contemporary plausible explanation for this type of 19th century warfare.

This photograph, taken by Peter Weaver on November 11, 1863, depicts a group of men posing as dead soldiers among rocks in Devil’s Den. The two men standing are doctors, posed as if inspecting the “bodies.” The summit of Little Round Top can be seen in the distance. 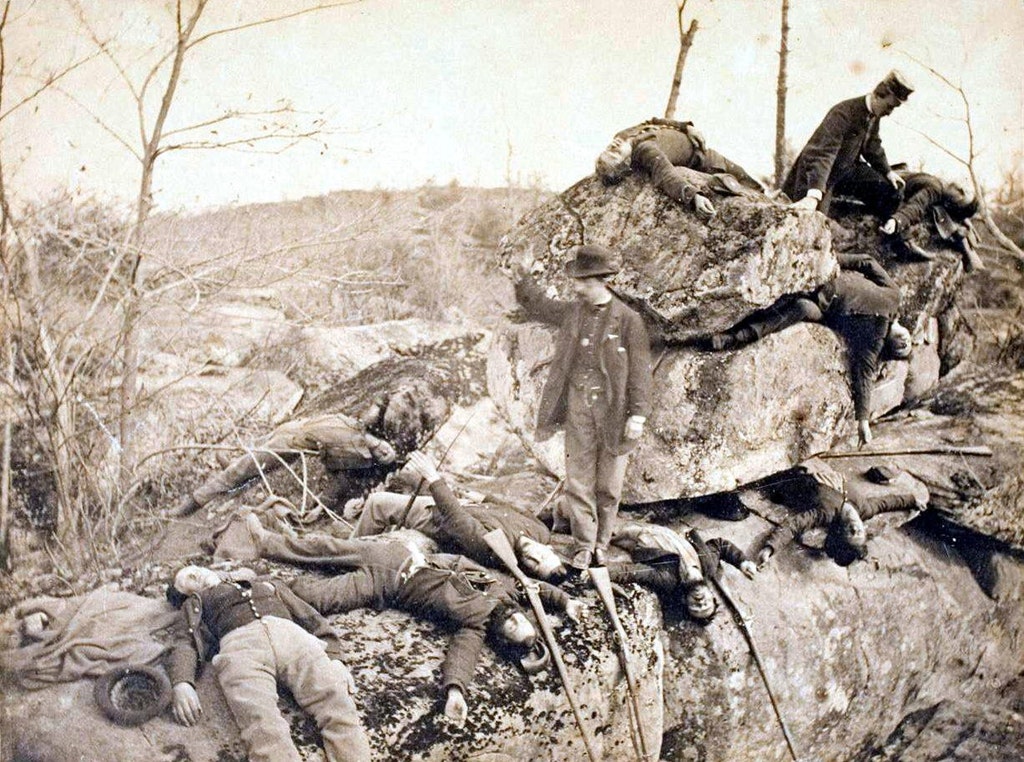 ​
Two years before the end of the Civil War they did not have enough real dead people to photograph, so they had people posing as dead? I find this hard to believe, but we have what we have.

This poor fellow could get an Oscar for acting. 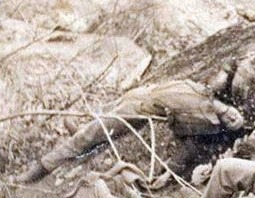 Note: This small article was started based on the above Civil War photograph observed at Reddit's CulturalLayer