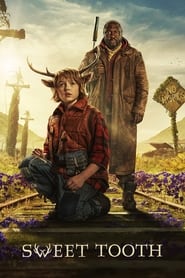 Overview: On a perilous adventure across a post-apocalyptic world, a lovable boy who's half-human and half-deer searches for a new beginning with a gruff protector. Ten years ago "The Great Crumble" wreaked havoc on the world and led to the mysterious emergence of hybrid babies born part human, part animal. Unsure if hybrids are the cause or result of the virus, many humans fear and hunt them. After a decade of living safely in his secluded forest home, a sheltered hybrid deer-boy named Gus unexpectedly befriends a wandering loner named Jepperd. Together they set out on an extraordinary adventure across what is left of America in search of answers - about Gus' origins, Jepperd's past, and the true meaning of home. But their story is full of unexpected allies and enemies, and Gus quickly learns the lush, dangerous world outside the forest is more complex than he ever could have imagined.
I'm pretty sure the show is interesting, but I turned it off about 25 minutes into it. Kind of annoyed with how blatantly the PTB goes into soft-disclosing certain things. Paranoia or the writing on the wall, which one is it? 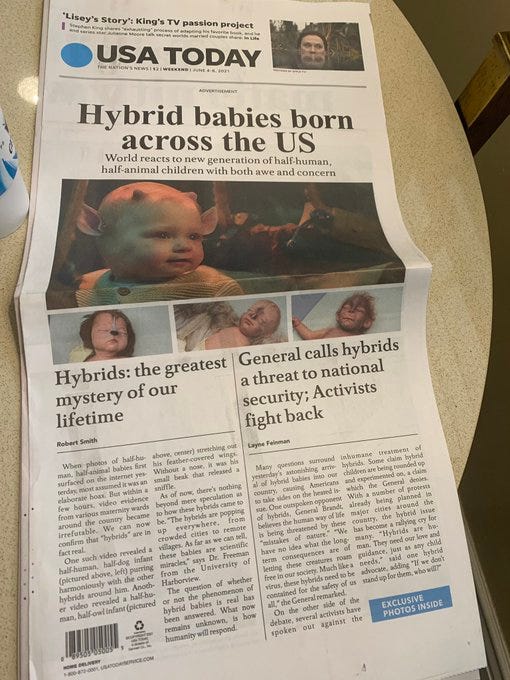 ​
USA Today wrapped its June 4 weekend edition newspaper with a fake cover warning of "a new generation of half-human, half-animal children" as an advertisement in partnership with Netflix for its new show, "Sweet Tooth."
Considering that certain things require "fact checking" by Reuters, I do find the above stuff a bit disturbing.
There is too much debunking (to my liking) out there... 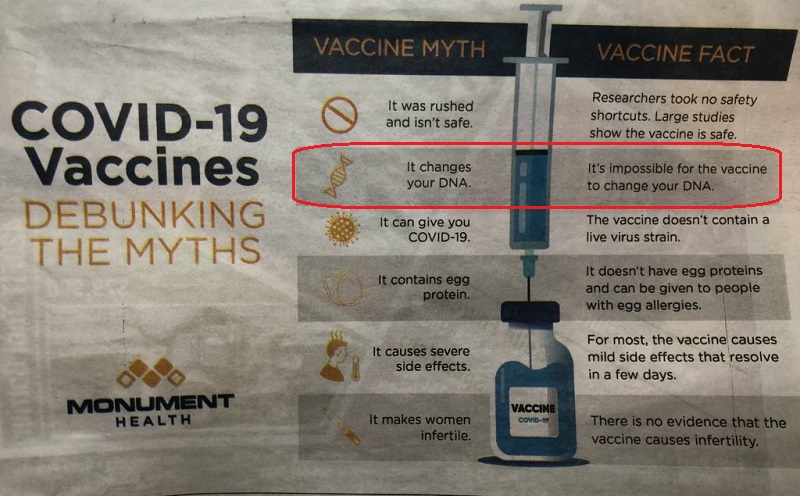 ​
And, of course, they are working real hard on injecting as many people as possible.

KD: After all, these are just figments of some creative "imaginations" of the past. 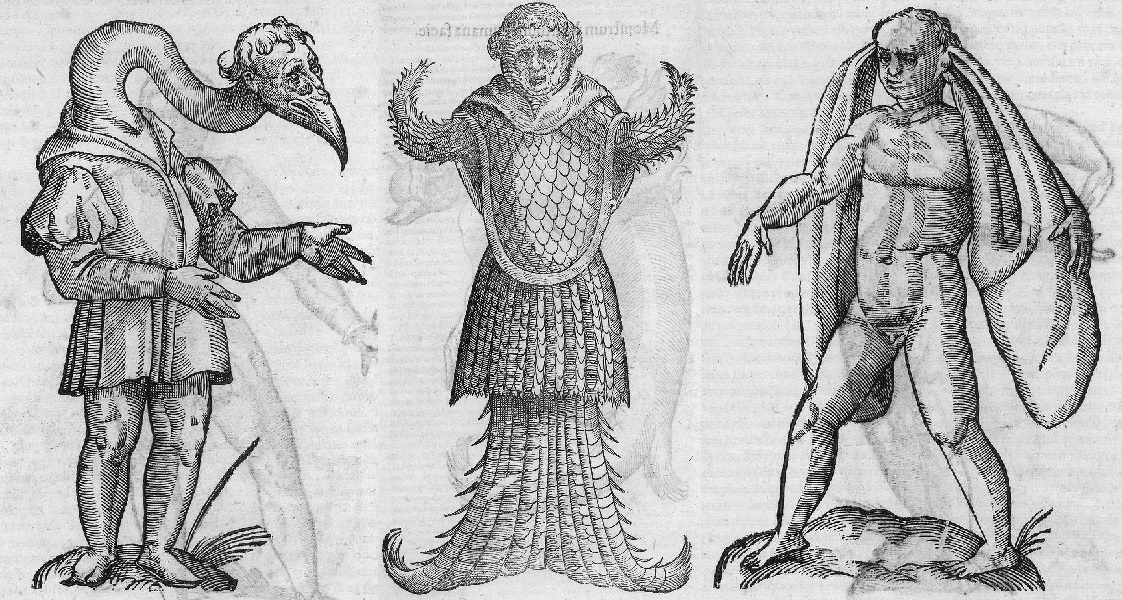 ​
In the Centauromachy, the Lapiths battle with the Centaurs at the wedding feast of Pirithous. The Centaurs had been invited, but, unused to wine, their wild nature came to the fore. When the bride was presented to greet the guests, the centaur Eurytion leapt up and attempted to abduct her. All the other centaurs were up in a moment, straddling women and boys. In the battle that ensued, Theseus came to the Lapiths' aid. They cut off Eurytion's ears and nose and threw him out. In the battle the Lapith Caeneus was killed, and the defeated Centaurs were expelled from Thessaly to the northwest.

Which reminds me of, as Chris Knowles put it, the "transgenic anthem" E.T. by Katy Perry:

Near the end, Katy reveals her deer-like legs. And of course, the song is about aliens, which is also becoming more topical by the day.

Just take a quick read through this and see what dots you can start connecting:

The deer also symbolizes a connection to the supernatural, the Otherworld or to the fairy realm, e.g., being a messenger or an entity's familiar.
Click to expand...

It's all just the apotheosis of Scientism, that we can create a better world by "improving/correcting" nature. We shall be as gods (perhaps by nearly directly replicating the events of "antiquity.") Unfortunately for the ones directing this narrative, faith in the religion is approaching an all-time low, as more and more we hear about how a certain unnamed virus may have been created in a lab.

Seems about time for a "miracle." Keep your eyes on the skies.

Banta said:
It's all just the apotheosis of Scientism, that we can create a better world by "improving/correcting" nature.
Click to expand...

I took the below from here, but this article probably better suits the topic.

Essentially we are being told that our JESUS EVENT comes when it is "As it was in the days of Noah." Noah lived for 600 years before the Flood and for 350 years after the Flood, but whatever triggered the Flood happened prior to the Flood. And Genesis tells us what happened:
In the Bible there is no explanation of what "corrupt" means, but the answers can be had in various apocrypha and pseudepigrapha. And it looks like we are talking about genetic impurities here. Those would be our crossbreeds like Centaurs, Minotaurs, Cynocephali, Blemmyes, etc.

So, now if we can figure out who or what the God of Genesis and the Nephilim were, maybe we'd be onto something!

I think it's worth noting that all of these (hybrids, floods, etc) could all be discrete events without a causal relationship. If a worldwide civilization suffered a cataclysm after producing a bunch of "unnatural" beings, I would think the survivors might end up creating a direct correlation where there was none. Maybe I'm wrong and all of this experimentation is an affront to the Creator, but it strikes me as similar to the type of scapegoating that occurs now with marginalized groups (and would increase exponentially if something disastrous would occur).
R

Unfortunately, if the Centaurs disappeared, most likely, any hybrids that maybe introduced (like BigFoot) will be prime as a target in someone's trophy room. Contests will be devised for bringing in the "first" mutant and the hunt will be on. Things in History don't change much.

Kind of annoyed with how blatantly the PTB goes into soft-disclosing certain things
Click to expand...

Wanted to just add about this too. I really don't think this is a "soft disclosure" situation... this TV series is based on a fairly recent comic written by, as near as I can tell, just some Canadian guy. So I'm fairly confident saying that the concept here is just a matter of artistic creativity and even it being turned into a show might not be anything more than WB/Netflix wanting to cash in on the post-apocalyptic fad that's been going on for awhile (and is waning? Gosh, I hope so.)

That said, the USA Today bit smells fishy to me. As KD cites in his Mutiny in the Sky thread, hybridization/genetic manipulation is gaining momentum. How effective these attempts will be is another issue entirely, but I think it's plainly obvious that many for-profit scientific organizations would love to be able to sell you whatever body you'd like, and like the exposure that the transgender community has received in the last several years, this reeks of corporate propaganda to normalize a behavior in the interest of new/increased revenue stream. Everyone's obviously welcome to their own opinion on how ethical this is (it's clearly manipulation of some kind), but I think it's simply the result of a capitalist "scientific" society. Meaning, if anything, it's a sort of predictive programming not an admission of anything that happened in the past. Put another way, I suspect the amount of people who want to make a buck by using whatever new scientific sorcery is developed outnumbers the amount of people who know anything at all about historical hybrids in a forgotten timeline by orders of magnitude.

I sometimes think the most horrifying thought of all is that we're basically in a time loop because in all the grabs for power and revisions/deletions to the historical record for any number of selfish reasons, that there is really no one left that has any better clue of what happened centuries ago than we do here. My mother always said the problem with telling lies is you need to keep track of them...

Banta said:
Wanted to just add about this too. I really don't think this is a "soft disclosure" situation... this TV series is based on a fairly recent comic written by, as near as I can tell, just some Canadian guy.
Click to expand...

May be we should look a bit closer at authors like him. 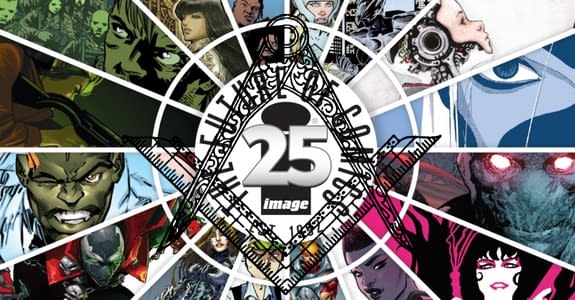 ​
In 2006 Lemire's work was included in an international symposium gathering artists, scholars, curators, publishers, librarians, critics, and writers at the Banff Centre.
Beaux Arts, Carnegie Foundation? Could there be a bit more to it?

Found this video below. The guy got the capital of Alberta wrong, and the vid is a bit weird. But... it was published 8 years ago.
This mountain was mentioned in the video: