The Temple of the Sun in Nineveh

What do you think we are looking at, in reference to the smoke and chimneys? Could we be seeing some ancient factory?
A couple sources for bigger images are below? The image is dated with approximately 1741 AD. 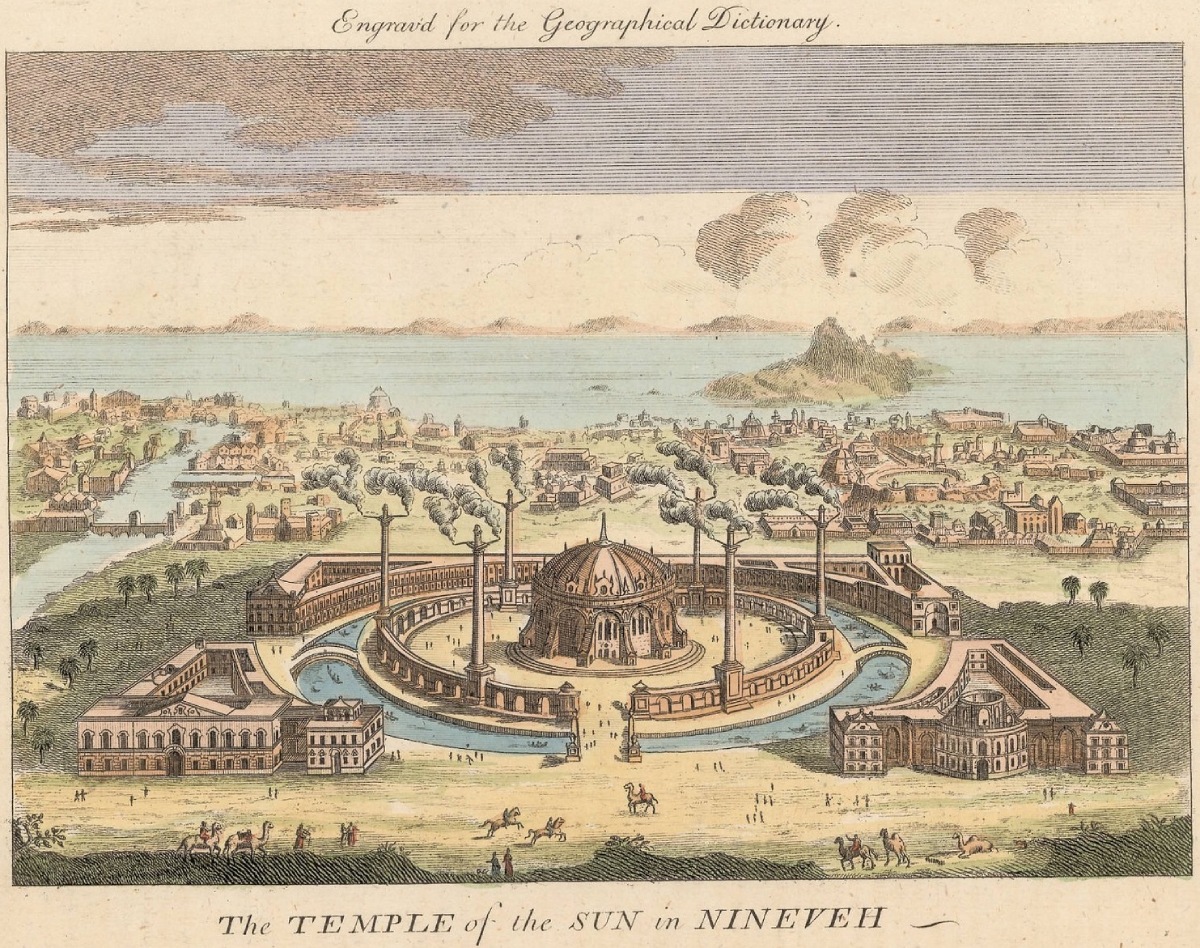 I think the description in the alarmy print is worth adding:

So based off a mummy medal from Egypt and sounds like this piece is credited to John Peter Bellori who is:

Giovanni Pietro Bellori (15 January 1613 – 19 February 1696), also known as Giovan Pietro Bellori or Gian Pietro Bellori, was an Italian painter and antiquarian, but, more famously, a prominent biographer of artists of the 17th century, equivalent to Giorgio Vasari in the 16th century
Click to expand...

So that'd be pre-1741 then. The print could still be 1741. In fact, that definitely seems to be correct, because here's another print listed, dated 1759.
But who exactly made this in the first place? Because the Royal Academy has a different artist: 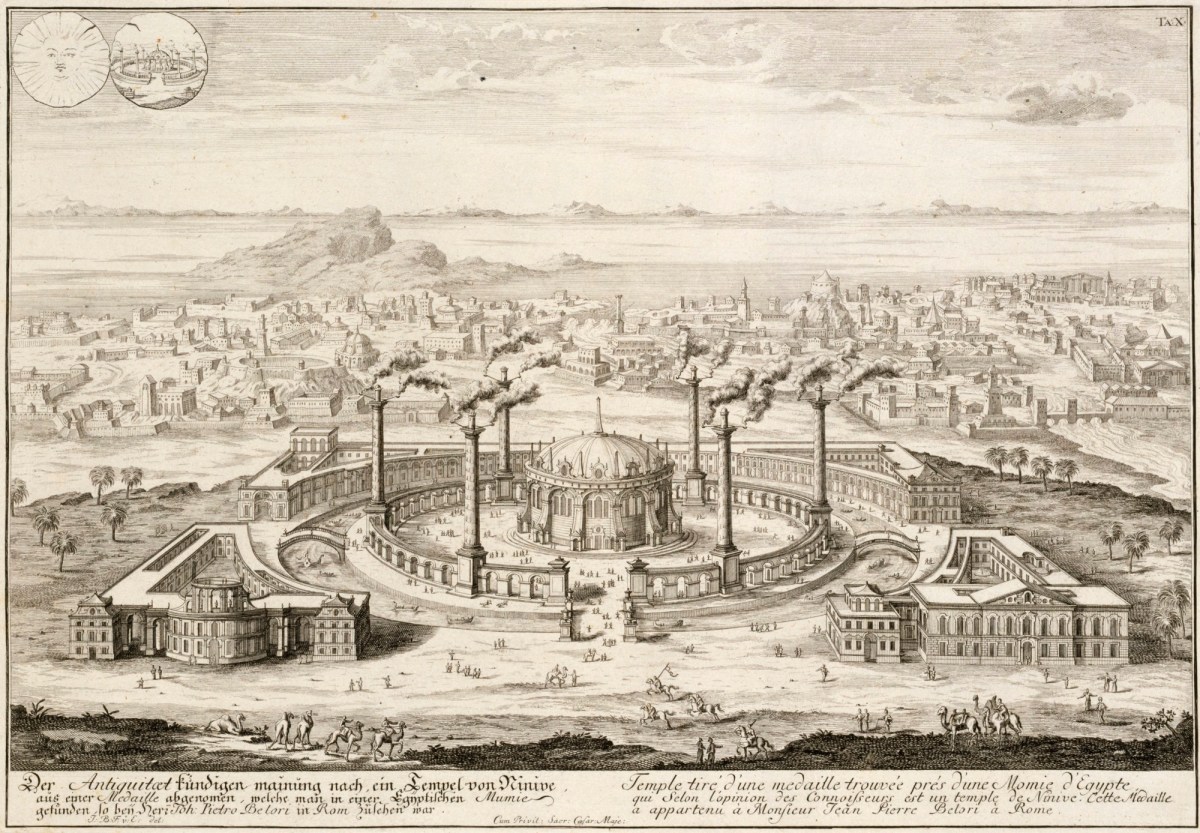 To the questions in the OP, I might not go as specific as "factory" but I would say it looks like something far more than burning some wood for heat is going on here. I'm not sure we have the proper context to realistically guess beyond that.

This "steam" seems to go out from something equivalent to the Roman rostra (Naval ram - Wikipedia; Rostro (arma) - Wikipedia), which were said to be "symbolic decorations". 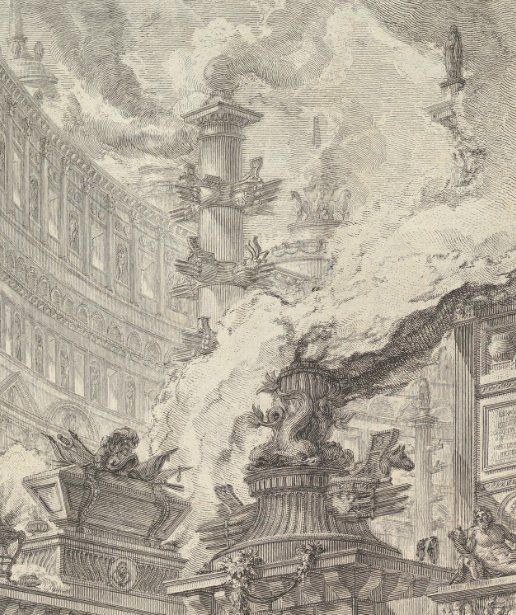 Also, speaking about enemy trophies (I know it's not related hehe), ancient Greeks erected a tropaion (Tropaion - Wikipedia) "on the battlefield itself, usually at the site of the "turning point" (Gk. tropê) at which the routed enemy's phalanx broke, turned and ran. It would be dressed in the typical hoplite panoply of the period, including (at different times), a helmet, cuirass (either of bronze or linen), and a number of shields, etc., would be piled about the base. It remained on the battlefield until the following season's campaigns (since battles were often fought in the same, relatively few plains amid Greece's numerous mountains), where it might be replaced with a new trophy". Romans called it a tropaeum. Don't they remind scarecrows? 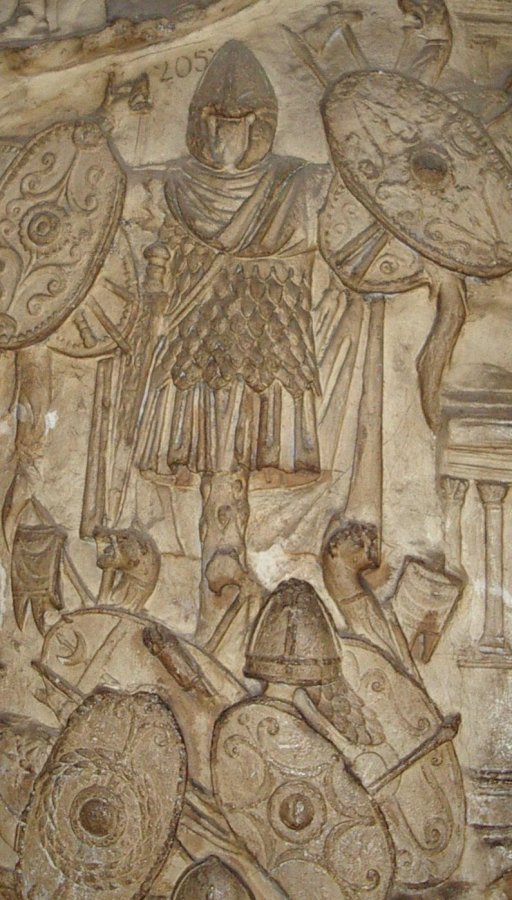 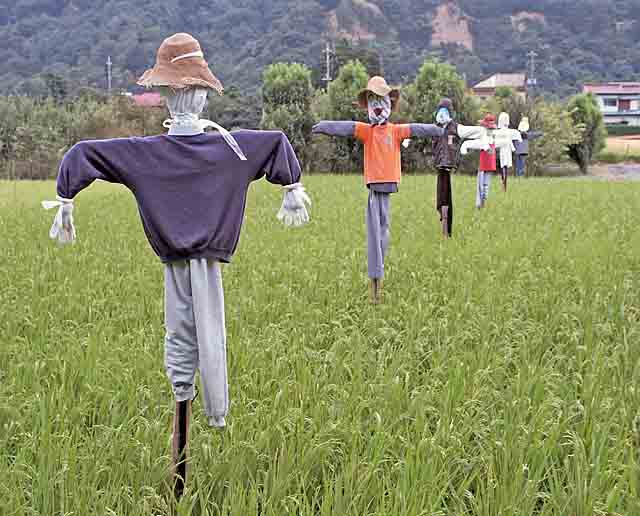 Just something I noticed but does anyone else think these two steam/smoke jets are positioned as are to generate a spin on something on top of the column/chimney?
My other thoughts were incense burners maybe but pretty damn fancy if they are or perhaps the water filled canal was heated. 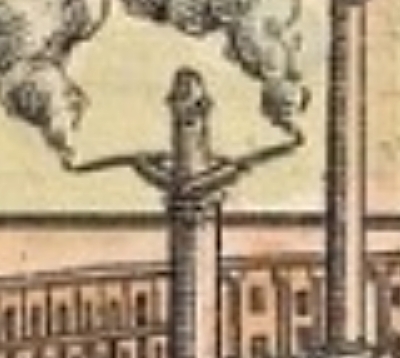 jd755 said:
Just something I noticed but does anyone else think these two steam/smoke jets are positioned as are to generate a spin on something on top of the column/chimney?
Click to expand...

This is a very interesting observation. We need a better resolution image of this.
A

jd755 said:
Just something I noticed but does anyone else think these two steam/smoke jets are positioned as are to generate a spin on something on top of the column/chimney?
My other thoughts were incense burners maybe but pretty damn fancy if they are or perhaps the water filled canal was heated.

As I was looking at these chimneys I had the same notion of a spinning device. I also had the notion of incense since the buildings seem to have been built by larger beings than modern humans hence the extremely tall chimneys. Since this was a holy temple, incense would be a reminder of the smell of particular carbon molecules in the atmosphere when the sun reappeared after the deluge or fire catastrophe.
You must log in or register to reply here.
Similar articles