The Wrath of Gods: GeoWeapons vs natural Mud Flood

Liquefied Dirt​
We are yet to approach any sort of understanding of our Mud Flood related issues where buildings ended up buried in the dirt. Here is one additional hypothesis on this issue. 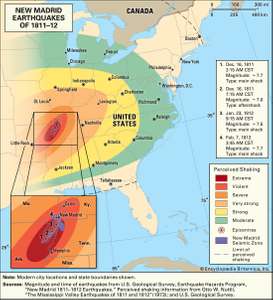 1811-12: New Madrid Earthquakes
​
So here is what we have in relation to our New Madrid Earthquake. I am not an expert as far as earthquakes go, but it does sound rather interesting:
For additional referencing we could use the Lisbon Earthquake of 1755:
Below you can see a narrative compliant version of this liquefaction.
KD: The above Mr. Sandiford's explanation is obviously a reasonable one. Yet, what other possible alternative do they have. Sounds like this is the only one they could come up with within their scientific restrictions.
This image below is from the Seattle Regrading Article. 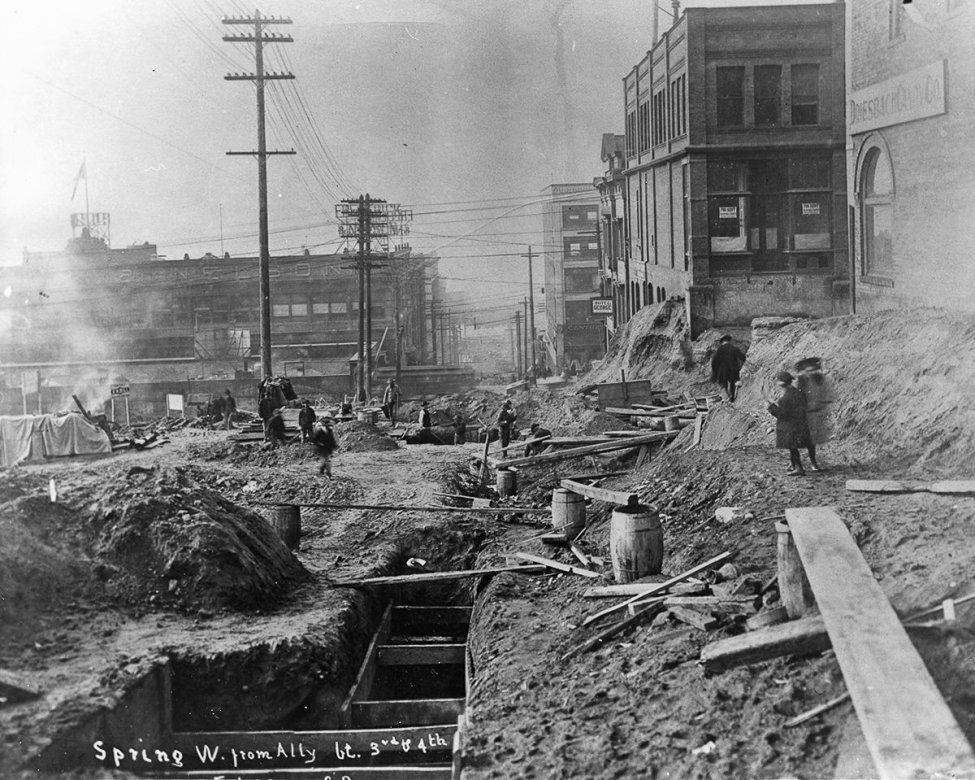 ​
And this map of the Seattle area demonstrates the direction of the accumulation of dirt, which turns Seattle into a "top of the hill" city. There is a little bit of dirt accumulation towards Bellevue as well, but it is nothing when we compare it to Seattle. 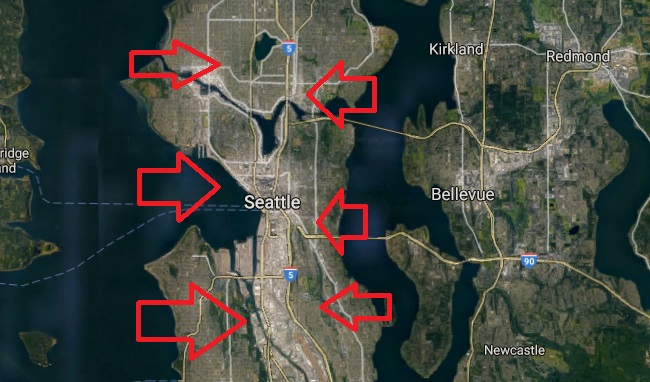 Videos: I'm not sure what exactly the below videos tells us, but I think it is somewhat relevant to the issue.


The WRATH of the SKYLAB
Enoch a righteous man, whose eyes were opened by God 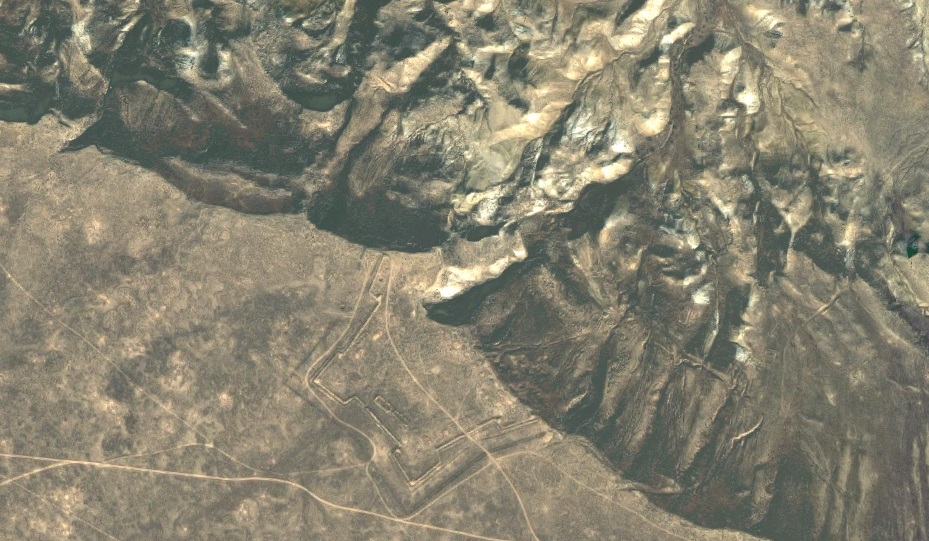 Book of Enoch, Ch 1.5 and 1.6
1.5: And all shall be smitten with fear
And the Watchers shall quake,
And great fear and trembling shall seize them unto the ends of the earth.

1.6: And the high mountains shall be shaken,
And the high hills shall be made low,
And shall melt like wax before the flame.​
The above Star Fort is located in Russia. It was allegedly built in the 19th Century. Whatever happened appears to be unknown.
KD: If we get away from all the superstitious stuff, it is fairly obvious that the SkyLab knew what it was gonna do, and issued a fair warning to the chosen few. When someone out there tells you that something is going to happen, they would be the cause of it, and eventually it does happen... well, judge for yourself. 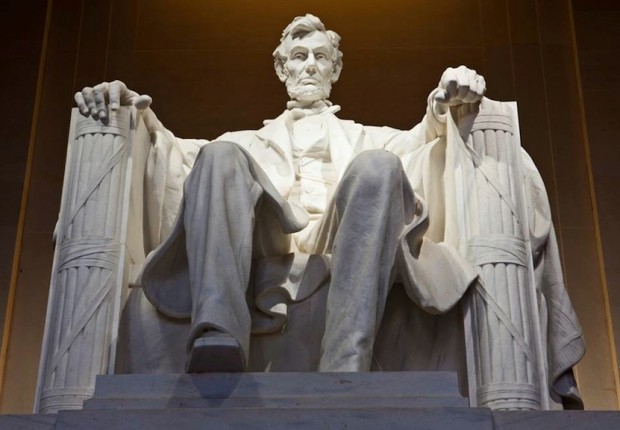 2. Lake Titicaca​
Titicaca is a large, deep lake in the Andes on the border of Bolivia and Peru, often called the "highest navigable lake" in the world. By volume of water and by surface area, it is the largest lake in South America.
A few interesting things pertaining to the vicinity of this Lake Titicaca: 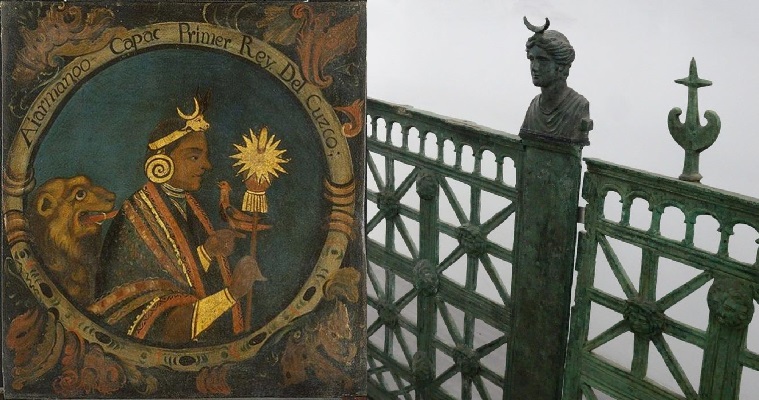 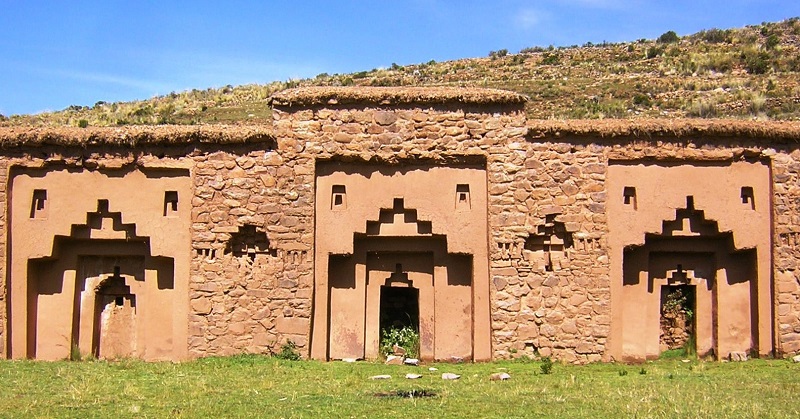 ​
KD: Anyways, the above Lake Titicaca stuff was just for FYI. Here is the pertaining info I wanted to share.

The Brown Scum​
This "Brown Scum" thing was taken from this article here. I still have no idea what "scum" is being talked about here. Is it possible we are dealing with a liquid mass of dirt. 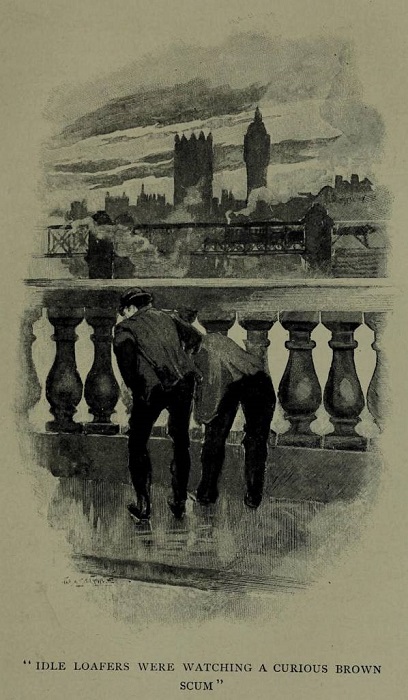 KD: Basically this is it. Wanted to facilitate this discussion on whether our Mud Flood could be technologically induced.
Click to expand...

Now I am wondering just how much of the areas that had mud flood problems were built up on Man-Made cover over swamp areas, dry river beds etc. Caught this note in one of my searches for the Chicago Columbian Exposition (new field museum) and the writer writes: 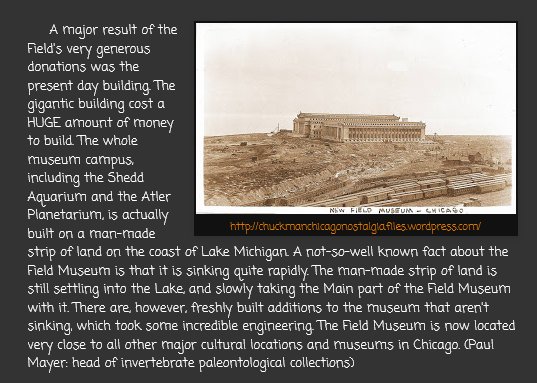 I've been reflecting on this a lot lately, recently came across an article talking about a new proposed weapon that would have the impact of a nuclear bomb but without nuclear fallout - they call it kinetic bombardment. Essentially the idea is to drop incredibly heavy rods of tungsten from "orbit." I believe the current project name is "Project Thor."
Looking at some of the "models" of the devices or "satellites" - couldn't help but notice a similarity b/w them and the fasces. What do you think? 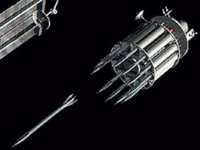 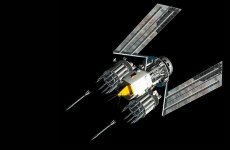 Mumrik said:
I've been reflecting on this a lot lately, recently came across an article talking about a new proposed weapon that would have the impact of a nuclear bomb but without nuclear fallout - they call it kinetic bombardment. Essentially the idea is to drop incredibly heavy rods of tungsten from "orbit." I believe the current project name is "Project Thor."
Looking at some of the "models" of the devices or "satellites" - couldn't help but notice a similarity b/w them and the fasces. What do you think?

“Project Thor” reminds me of this.

“They come down in capsules riding the lighting into the ground...”

Japheth was the eldest son of Noah. After the Great Flood, his descendants settled west and became the Phoenician, Greek, and other Indo-European civilizations. The story is told in the Book of Genesis in the Bible.

The Greeks knew Japheth as Iapetos. In the vedas of India, he is known in Sanskrit as Pra-Japati. The Romans knew him as Jupiter, after which the planet is named. The Saxons knew him as Sceaf.

The sons of Japheth were Gomer, Magog, Madai, Javan, Tubal, Meshech, and Tiras.

Jupiter was the king of the Roman gods. He was the husband of Juno. The ruler of the deities in Greek culture was Zeus. The pantheons were mixed with the Roman conquest and absorption of Greece into the Roman Empire and Jupiter and Zeus were then loosely considered to be the same god.

Juno was the queen of the Roman gods. Her husband was Jupiter. The Greeks knew her as Hera with her husband being Zeus.

Hera, also called Juno by the Romans, was the queen of the gods and wife of Zeus in pagan Greek mythology. She is depicted of being the goddess of marriage and birth, and of being jealous and vengeful with regards to Zeus' many affairs. A famous myth involving Hera is the Judgment of Paris wherein Hera, Athena, and Aphrodite were placed before Paris of Troy in order for him to judge 'the fairest'. Each attempted to bribe him with a gift: worldly power, wisdom, or a beautiful wife, Helen of Troy, respectively. He chose Aphrodite's gift, thus angering Hera and Artemis and precipitating the Trojan War.

1 : a cave-dwelling people of the biblical period prior to the time of Abraham that inhabited the Dead sea region of the eastern Mediterranean. 2 : a member of the Horite people.

The name is derived from Old English Þūnresdæg and Middle English Thuresday (with loss of -n-, first in northern dialects, from influence of Old Norse Þórsdagr) meaning "Thor's Day". It was named after the Norse god of Thunder, Thor Thunor, Donar (German, Donnerstag) and Thor are derived from the name of the Germanic god of thunder, Thunraz, equivalent to Jupiter in the interpretatio romana.

In most Romance languages, the day is named after the Roman god Jupiter, who was the god of sky and thunder. In Latin, the day was known as Iovis Dies, "Jupiter's Day". In Latin, the genitive or possessive case of Jupiter was Iovis/Jovis and thus in most Romance languages it became the word for Thursday: Italian giovedì, Spanish jueves, French jeudi, Sardinian jòvia, Catalan dijous, Galician xovesand Romanian joi. This is also reflected in the p-Celtic Welsh dydd Iau.

The astrological and astronomical sign of the planet Jupiter (♃) is sometimes used to represent Thursday.

Since the Roman god Jupiter was identified with Thunor (Norse Thor in northern Europe), most Germanic languages name the day after this god: Torsdag in Danish, Norwegian, and Swedish, Hósdagur/Tórsdagur in Faroese, Donnerstag in German or Donderdag in Dutch. Finnish and Northern Sami, both non-Germanic (Uralic) languages, uses the borrowing "Torstai" and "Duorastat". In the extinct Polabian Slavic language, it was perundan, Perun being the Slavic equivalent of Thor.
You must log in or register to reply here.
Similar articles