I have been looking at the Triumphal Arches for a very long time, for The Stargate movie kept on pushing this crazy idea of teleportation type travel. Just got done spot-watching the Warcraft movie with its Dark Portal, and decided to throw a few words together in reference to them Arches. Ones of the hardest puzzles to crack, they are. There is essentially no valuable information to be obtained via searching for "Triumphal Arch". 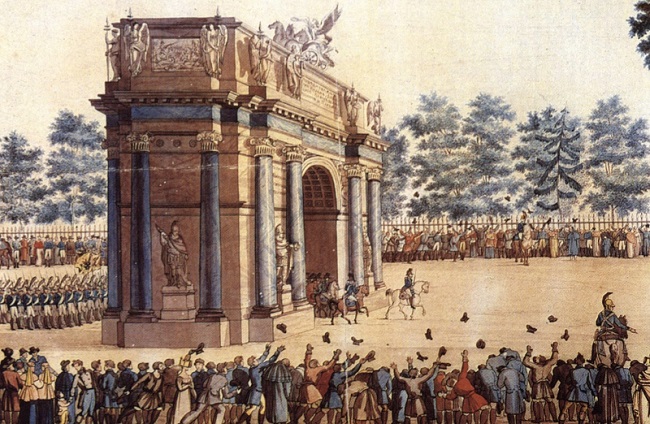 Even the oldest of the texts give the most regular information similar to what Wikipedia says. I have a suspicion that way back in the day these "Triumphal Arches" could be known under a different name. As it stands: 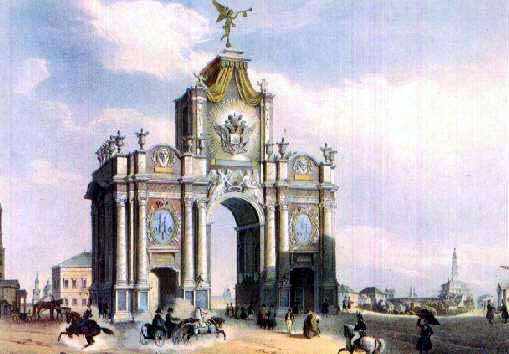 Triumphal Arches​
We are lead to believe that these Arches are decorative buildings meant to please an ego. I struggle to find another structure, which in its conventional state would be as worthless as these Arches. In my opinion they:
Note: Not every structure is called an Arch. Some of them are Gates, or Doors., i.e. India Gate and Red Gate, or Porte du Peyrou and Porte Saint-Denis. Some were even called Bridges - Pont Flavien.

500 Gates​
The number of the destroyed arches is not exactly known. Researchers only know of the ones they know about, if that makes sense. One way or the other they estimate the number of Arches to ever exist to be close to 500. Chances are, there could be a thousand more, and we will never find out about them. Needless to say that their original spread could only be guessed.

Ancient Romans​
We are so gullible, that we accept the most ridiculous of explanations of what some of the "post-Roman" Arches represent. Yet, these Arches incorporate our old friends - Ancient Greek, and Roman characters (pre-Mudflood civilization?). Here is a couple examples of the non-sense we buy. 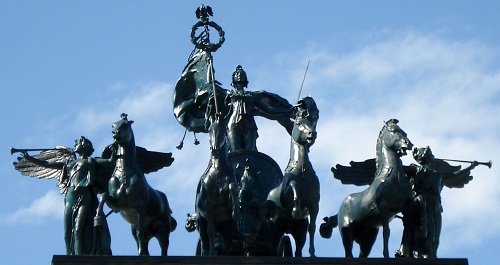 ​
On August 6, 1889, William R. Ware and Charles B. Atwood, who had been appointed by the Soldiers' and Sailors' Monument Commission, selected John H. Duncan's design for the arch from 36 designs submitted the previous year.


Arch in 1894 without sculptures 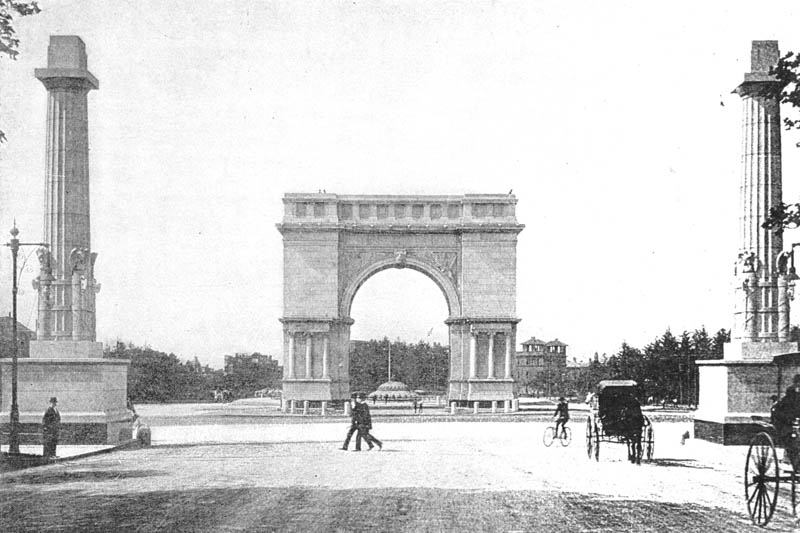 This is a very "Ancient European" looking America...​

The third and the oldest surviving Triumphal Arch in Moscow was built in 1829–34 on Tverskaya Gate Square to Joseph Bové's designs in order to commemorate Russia's victory over Napoleon. It replaced an earlier wooden structure built by the veterans of the Napoleonic Wars in 1814. 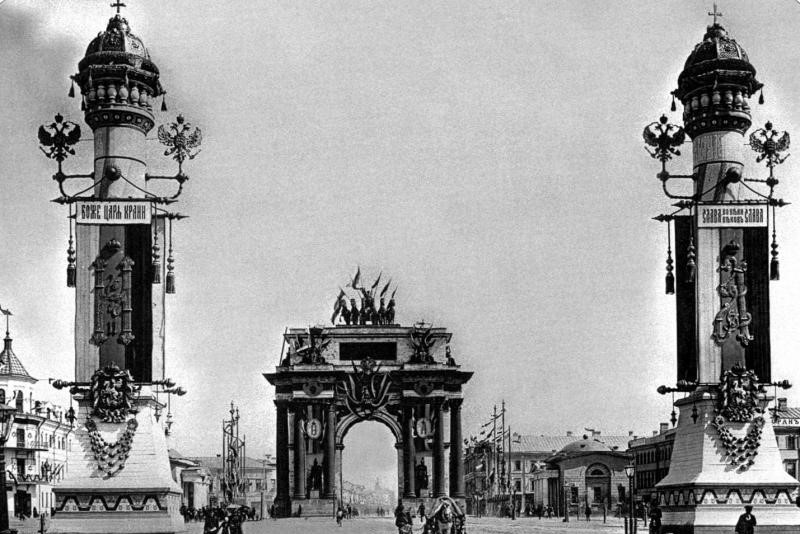 This is a very "Ancient European" looking Russia... minus makeshift accessories

Ianuae Magicae​
Mentioned to my wife that I considered a possibility of these Triumphal Arches being portals of sorts for travel via teleportation type relocation. She immediately stated that "porte" meant "door" in French. This picked my interest and I decided to use Google Translate. Here is what I got:

King Solomon and Co.​
From here I thought it would be much more interesting to Google. I thought wrong. Nothing solid came up so far. Apparently, the info on this Ianuae Magicae aka The Magic Doors could have some relation to King Solomon, and may be a derivative of the Knights Templar 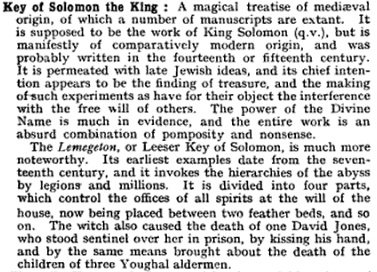 I'm equally suspicious with anything denied, or questioned by the contemporary science, as is clearly the case with these Solomon Key texts.

A couple of other noteworthy texts:

KD: Anyways, this is just a little prelim to the research. If we could figure out the name for these "Gates" before they became "Triumphal Arches", we could probably get a bit closer to solving their mystery. Feel free to join in, this is a hard one.
Click to expand...

When it comes to triumphal arches, the subconscious paints a picture of troops that are either returning or leaving for war. Before the advent of transport vehicles in the 19th century, capable of transporting an army by mechanical means, all the "great" conquests of remote territories seemed fantastic. if the arches are a teleportation machine ... then it is possible.

OK I dug a little. Here's something cool.
Huh, more details of the same stories. Mysterious Portals and Stargates of the Ancient World | Mysterious Universe
This arch takes the cake. This is a cool topic. Also this article is cool. The Triumphal Arch of Orange in France - Symbol of the Roman Empire
Satanists happen to find them important, usually a red flag. April 19: Temple Of Baal In New York Is Going Up On Significant Day 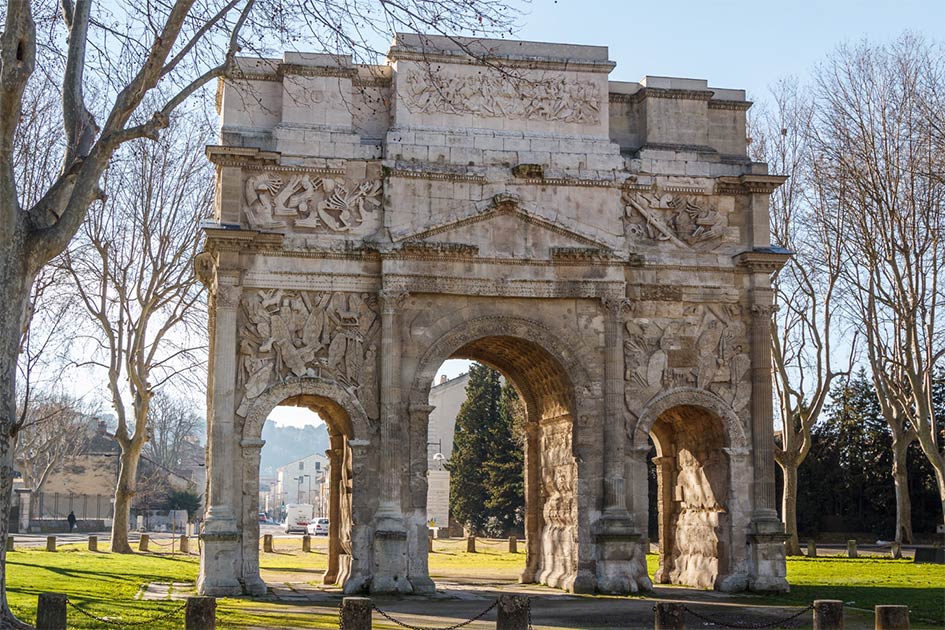 This is quite interesting. How do you enter this?


Gate of the Gods, Hayu Marca 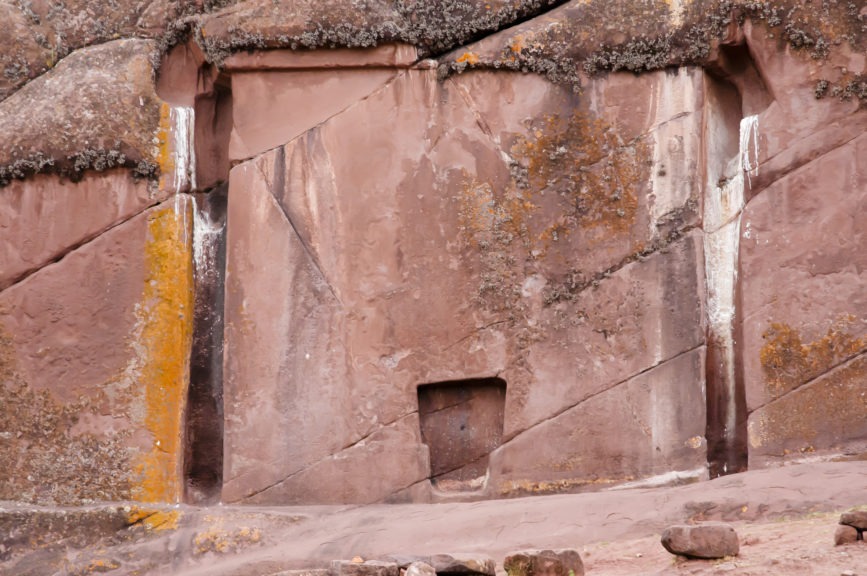 KorbenDallas said:
This is quite interesting. How do you enter this?

According to the article there is a disk shaped key that gets inserted and opens a portal to another realm.

AmusingMuse said:
According to the article there is a disk shaped key that gets inserted and opens a portal to another realm.
Click to expand...

That brings us back to the Assassin’s creed.
And then, of course, we have things like this:

AmusingMuse said:
April 19: Temple Of Baal In New York Is Going Up On Significant Day
Click to expand...

April 19: in sidereal (real-time under the stars overhead today) sun is in first decan, aka lord - measured by first 10 degrees of the house - of the sign of Aries (house of cardinal fire), ruled by Mars. Moloch is a fire god (yep, ritual of baptism by fire)

as it is, scribes scribbled scriptures to change names of planets/planet rulers/gods to banal titles like "lord" or "god" creating confusion (doubling down with capitalization to further befuddle readers). baal means lord, often locally or colloquially ...

Note: 'So also we read of a ram, "baal" of two horns' ... ram is the symbol for Aries in the zodiac, a horn refers to power

Rome venerates above others - Jupiter, god of empire and Mars, god of war
S

All Arches were fully-functioning & operational a few decades ago.

SuzyAllena said:
All Arches were fully-functioning & operational a few decades ago.
Click to expand...

How do we know they are no longer operational?

I don't know why but I have always thought that these gateways are en-trances into a particular jurisdiction, or at least that is what their esoteric function may be, as in if you fall within the boundary you are then subject to the particular rules/acts/custom and the like.

Also that they are triumphal but the triumph always benefits the entity that owns the titles and therefore the subjects of a defined region.

With this in mind they are if fact portals to differing realms.

I hope that makes sense.
S

KD ur comment above too true.
they function forever

I would not know either way. Thought there were some ideas on how they might have worked. That is if they ever did.

I’m inclined to think that they were a bit more than what @Right Arm have suggested.

I still don't know how they work but maybe I just stumbled upon who to ask. The Masons have something called the Royal Arch. 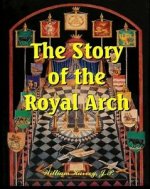 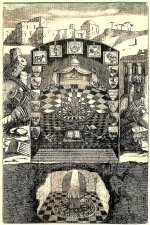 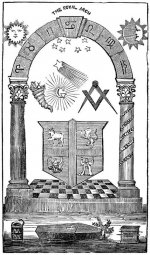 This replica was made in London, the home of modern freemasonry, and is representative of the Royal Arch - one of the most important symbols in freemasonry. Depictions of this Royal Arch traditionally contain a missing keystone and, underneath, the Ark of the Covenant - described in the Book of Exodus as containing the two slabs that the original Ten Commandments were inscribed on, Aaron's rod and pot of manna. The Royal Arch chapter of freemasonry depicts the arch with the 12 tribes of Israel (Judah) and depicts the rebuilding of Solomon's Temple. It's interesting that among the symbols beneath the keystone are man, bull, eagle and... lion. The letters "HTWSSTKS" also reveal that it is freemasonic as this means "Hiram, the widow's son, sent to King Solomon" and it is King Solomon that we need to look at now to understand how all of this - the arch, freemasonry, sacrifices, occult rituals and lions all tie together - as well as the New World Order and the coming Antichrist.

A different take, some arches are royal,

Was thinking about this word here... NaviGate...

KorbenDallas said:
I have been looking at the Triumphal Arches for a very long time, for The Stargate movie kept on pushing this crazy idea of teleportation type travel. Just got done spot-watching the Warcraft movie with its Dark Portal, and decided to throw a few words together in reference to them Arches. Ones of the hardest puzzles to crack, they are. There is essentially no valuable information to be obtained via searching for "Triumphal Arch".​
Click to expand...

Hello Korben Dallas, tada. I've solved this mystery, I've cracked the nut.
Thanks for your research, I've quoted you in my video, and put the link to this page in the credits.
You summed up beautifully the bs narrative.
No they are not for defense,
Yes they are not easy to build.
But.....
They indeed have a function. A very beautiful function. AND THEY STILL WORK!
What is wrong with us that we can not see what is in front of our faces?

Gods and Monsters - Stargates of the Blind - Chapters 3 and 4

I watched the entire video. Thank you for your work. I am not sure how you came to a conclusion that those were time portals. I understand the sun/moon measuring part, but I'm totally in the dark on how any of that could relate to the arches being time portals.

KorbenDallas said:
I watched the entire video. Thank you for your work. I am not sure how you came to a conclusion that those were time portals. I understand the sun/moon measuring part, but I'm totally in the dark on how any of that could relate to the arches being time portals.
Click to expand...

Hmm. ok, I was so excited to share this with you in particular. So you get that they measure the sun and moon, but you don't see how they are time portals?

The measuring of the sun determines time. The sun, tell us the days, months, years and centuries and seasons. 24 hours in a day. The measurement of a day based on the sun. [It's not 24 hours anymore]

Once upon a time, people didn't have mechanical clocks or the government to update time. So they put a stick in the ground and measured the shadow. In saying this. It's not just the rising or setting through the arches. The arches are gnomons. The moon is a secondary witness. The sun's position /latitude tells us the time of year. When the sun is at solar noon, 0 degrees latitude, it is either the march or september equinox .

There are two chapters before this one, I posted these on stolenhistory.net when I released them. Perhaps they might shed light. Oh I hope so.

Chapter one - The Maps.
Tropic of Capricorn and Tropic of Cancer - measurements of the latitude of the sun at solstice.
Over 2,000 years ago. This was in the age of Aries.It has been the tropic of Sagittarius and Gemini since the sun entered the age of Pisces.
[Stellarium will confirm this as a fact] Taurus recently moved into the Gemini position at June Solstice. Where are the maps for the past 2,000 years? That is just one question that needs to be asked of the maps issue.

Chapter 2. Tropicus drift
Heard of that 23.5 degrees, well once upon a time. The solstices have not been at the latitude of 23.5 degrees for a very very very long time.

They could have been aetheric power substations perhaps. Or possibly designed to light up and be amazing for that alone. 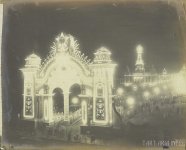 ​
I do like the thought of them being gates between themselves or to other realms. Even as an energy technology, though, they are quite interesting.