Allegedly, in the early 1900s, America was so infatuated with the Medieval architecture, it had tens of castles, churches and monasteries moved from Europe to the United States. While the motivations behind moving buildings across the Atlantic Ocean may vary, one thing is certain, this is not the easiest thing to do. Just thinking about the steps involved makes me wonder of what was required to get something like that accomplished, as well as what resources (both human and tech) were required to get it done. What was there in the early 1900s, which could have prompted such unorthodox solutions?

St. Bernard de Clairvaux Church​
St. Bernard de Clairvaux Church is a medieval Spanish monastery cloister which was built in the town of Sacramenia in Segovia, Spain, in the 12th century but dismantled in the 20th century and shipped to New York City in the United States. It was eventually reassembled at 16711 West Dixie Highway, North Miami Beach, Florida, where it is now an Episcopal church and tourist attraction called Ancient Spanish Monastery. It is the oldest European-built structure in the Western Hemisphere. 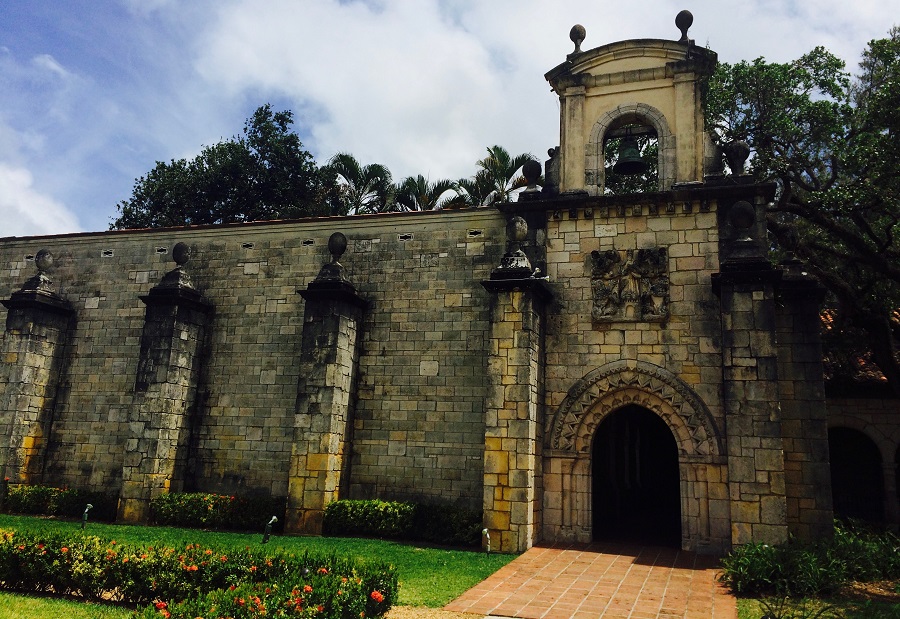 ​
The monastery's cloister and its outbuildings were illegally purchased and moved by William Randolph Hearst in 1925, despite Spanish government restrictions. In order to be transported to the United States, the structures were carefully dismantled, each piece was numbered and packaged in wooden crates lined with hay. The total shipment comprised 11,000 crates. However, some of the information contained in this labeling process was lost when the shipment was quarantined in the USA because of a break-out of hoof and mouth disease in Segovia. During the quarantine, the crates were opened and the hay filling was burned as a measure to prevent the spread of the disease. During the repackaging, the contents of the crates were not replaced correctly. William Randolph Hearst was ultimately unable to pursue his plan of rebuilding the monastery at San Simeon because of financial difficulties. The dismantled buildings were stored in a warehouse in Brooklyn, New York until they were purchased in 1952 by Raymond Moss and William Edgemon, who eventually reassembled them on the site of a small plant nursery in northern Miami. 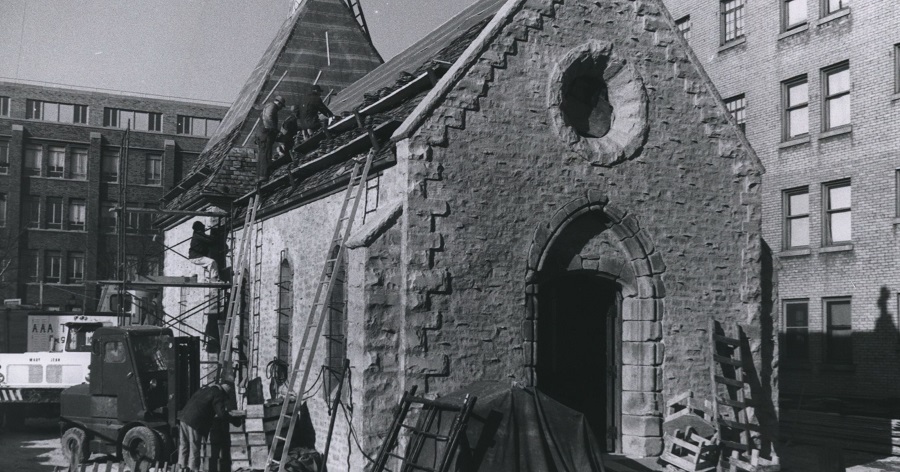 A 500-year-old French chapel opens its doors — on the Marquette University campus​
Originally named "Chapelle de St. Martin de Seyssuel", the chapel was built over several generations in the French village of Chasse-sur-Rhône, south of Lyon. It is estimated that it was erected around the 15th century. The building was abandoned after the French Revolution and fell into ruin. After World War I, the young architect Jacques Couëlle rediscovered the chapel and negotiated its transfer to the home of Gertrude Hill Gavin, the daughter of James J. Hill, best known as the founder of the Great Northern Railway, in Brookville, New York, United States. Couëlle went so far as to refer to the chapel as "ce monument absolument unique en son genre" (the most absolutely unique monument of its kind).
Source: St. Joan of Arc Chapel - Wikipedia

French Cloister at Versailles Gardens​
French cloister is situated in the northern Bahamas, on Paradise Island. It is from a 14th century Augustinian monastery, dismantled and imported from Europe by William Randolph Hearst. Purchased while still in pieces from Hearst's estate by Huntington Hartford and reassembled stone by stone here as the centerpiece of the Versailles Gardens on Paradise Island. Overlooks Nassau Harbor to one side, and the One & Only Ocean Club resort to the other. 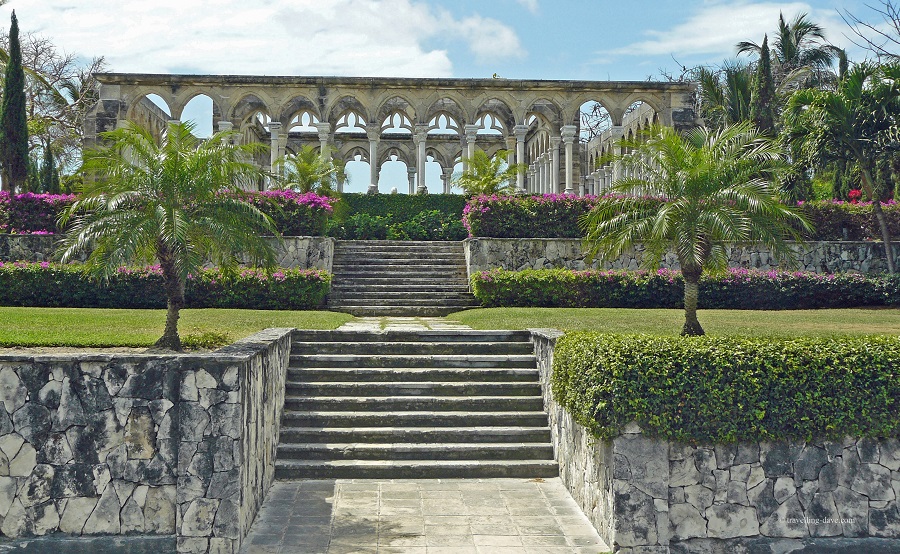 KD: Anyways, I just wanted to see what the opinions were. I am not sure whether we move huge stone buildings around these days, may be we do. Yet, for the 1900s time frame, such solutions appear to be a bit strange. What was the purpose? Or may be what was the true purpose? Could it be done to explain the presence of some native structures? 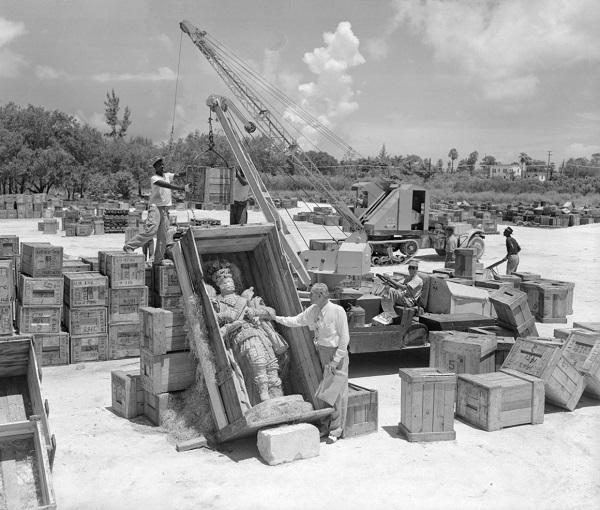 Links to consider:
To be honest, I am yet to see a truly huge building moved from Europe to America. Yet, even the observed ones had to weigh a whole lot. From various YouTube bloggers, I have heard that in the second half of the 19th century, it was somewhat of a common practice to move stone buildings from Europe the the United States.

Wanted to offer the community to identify by name the allegedly moved buildings. May be we could locate some ~ 100 year old photographs showing the process of disassembly/assembly of such buildings.

And in general, what do you all think about this practice?
Click to expand...