Was Sphinx a real living being?

Those little coincidences can account for most bizarre of thoughts. I noticed a visual resemblance between the Sphinx on rear terrace at La Granja, and the Egyptian ones from the 16th century engravings. Of course, the one in we currently have in Egypt looks somewhat different. 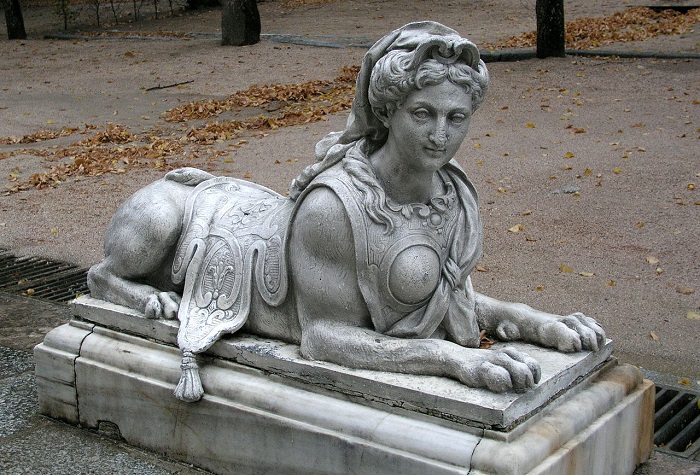 ​
Some web searching produced one additional Sphinx of this wingless type. 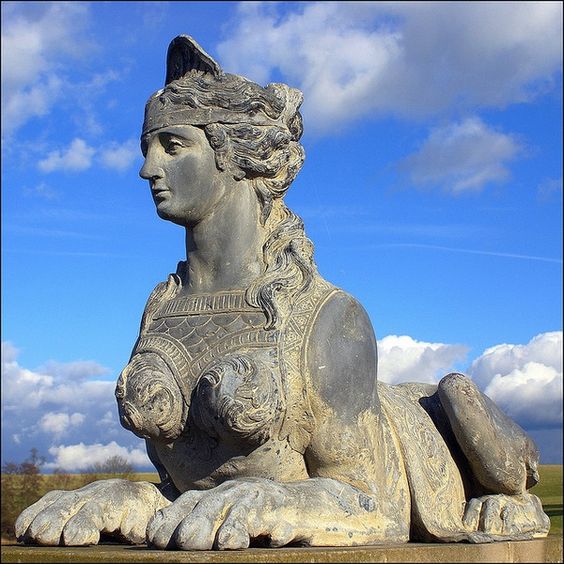 As far as our Giza Plateau Sphinx goes, sounds like we do not really know what it originally looked like. What if it looked something like this Rudolfinum Music Hall one?

KD: The above sphinxes appear to be a human-feline genetic hybrid. What's interesting, it looks like they have saddles on their backs. Who rode these, possibly smart hybrids back in the day?