Accidentally ran into some documents kept at the US Library of Congress, pertaining to the Port Angeles (WA) Flood of 1863.

"In 1863 a great flood, such as never happened before or since, swept away most of the houses of the town and demolished the customs house. No one could figure out what caused the flood, but the Indians said the rains had melted long-accumulated snows in the mountains, which gave way all at once and rushed down through the rivers and creeks and valleys, a great wall of rushing water. " - The Flood at Port Angeles 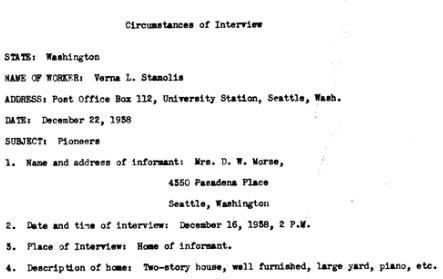 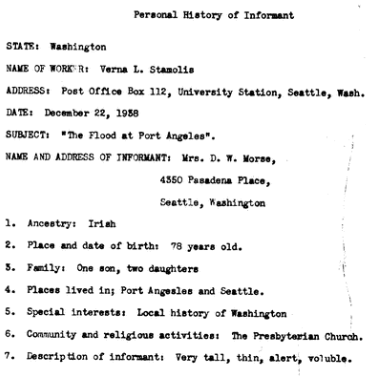 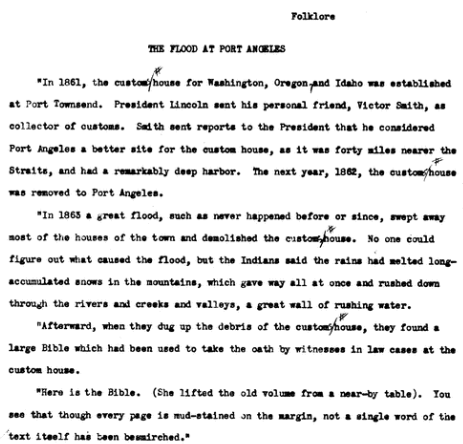 ​
Well, some Google research revealed quite interesting details. What I find weird, is that we know so many historical events of fairly insignificant scale, but a disaster of this magnitude is not being talked about. At least I have never heard about it. Have you? And could this be the one, which buried world buildings in 6-10 feet of mud? And if it indeed was, all those building construction dates revolving around 1880s-1890s, will probably go out of the window.

Once again, it is hard to judge the exact dates, whether it was 1862, or 1865. The dates are close, and the monstrosity of the disaster calls for a simple question. What could have caused it?

USA - The Great Flood of 1862 - affected Oregon, Nevada, Utah, Arizona, New Mexico, California, Sonora (Mexico), occurring from December 1861 to January 1862.
USA - California Megaflood: Lessons from a Forgotten Catastrophe - A 43-day storm that began in December 1861 put central and southern California underwater for up to six months
USA - Flooding Edsonville - 1863: The lesser known flood occurred in 1863 and involved the bustling downtown section of Rutland.
Australia - The flood of Melbourne - 1863: We publish in our telegraphic columns to-day an account of the heavy and destructive' flood with which our Victorian neighbours have been visited.
New Zealand - Blizzard and flood of 1863: The blizzard and flood of 1863 was a series of consecutive natural disasters in Central Otago in New Zealand's South Island.
Fix this
Australia - Flood on the Richmond -1863: We have been visited by the largest flood ever witnessed by white men.
Europe - 1865 flooding of Bucharest: As a result of snowmelt, Bucharest, the capital of Romania, was hit by the worst flooding in its history.
USA - The Great Rochester Flood of 1865: Just as the Civil War was ending, Rochester’s greatest natural catastrophe, in the form of a devastating flood, struck the city.
USA - Mississippi River flooding: The Mississippi River Valley in the Southern states, where levees had been damaged by the Civil War, experienced severe flooding in 1865, 1867, 1874, and 1882.
USA - 1867 flood of Chattanooga: The largest flood in the city's recorded history.
UK - The Great Flood of 1866: A disastrous flood occurred which caused widespread and terrible damage to property in both Manchester and Salford.
USA - The great Baltimore/Maryland flood of 1868: The Jones Falls Overflowed Causing a Disaster Known as "Baltimore’s Black Friday Flood.”
USA - Lessons from Denver’s flood of 1864: After seeing the whites building in the dry bed of Cherry Creek, Chief Little Raven described for the newcomers how floods crashed down the creek unexpectedly.
And if you add The Great Denver Fire of 1863 to it, you will have a full set.
Autralia - Remembering the great Hawkesbury flood tragedy of 1867: 20-metre-high floodwaters

I could probably keep on going on and on like this, but I think the point has been made. What the hell was going on back then? 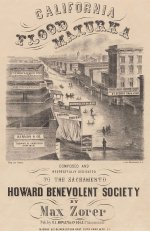 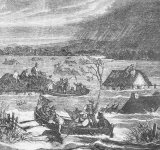 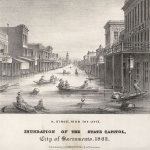 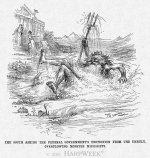 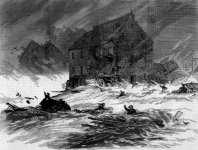 This one I can't find any info on. 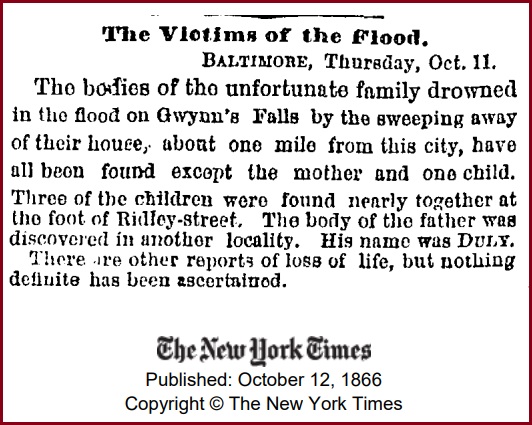 KD: I think this is too many of the so-called "worst floods in history of __fill in here__" for such a short period of time. It all revolves around the Civil War for some reason, and maybe there is a reason for this coincidence.
Click to expand...