Giovanni Battista Piranesi (4 October 1720 – 9 November 1778) was an Italian artist famous for his etchings of Rome and of fictitious and atmospheric "prisons" (Le Carceri d'Invenzione). He was a so called Cappricio artist.

In other words, contemporary interpretation of his creations is that it was a fantasy of the author. There is no historical evidence that Capriccio artists were making stuff up. To me, such an interpretation appears to be a very convenient way to explain the inconvenient truth.

There were multiple artists creating similar work. Engravings and paintings reflecting our world in ruins. To name a few of hose artists:
There were many more of the so called Capriccio artists working within the same time frame. They observed the same objects in a very similar manner. It is so easy to dismiss the evidence by pretending that their creations were a work of fiction. What if they reflected exactly what was observed?

What do we see in those paintings and engravings? We see semi destroyed buildings, mud and dirt filling in spaces between those buildings. We do not see pavement or some sort of hard surface between the structures. I would imagine that people capable of building such structures were capable of quality work all the way around. And of course in their works we see small to medium size trees growing on those buildings and in places where should be no trees. Based on the size of those trees we could approximate when those trees started. 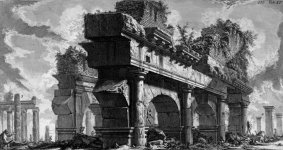 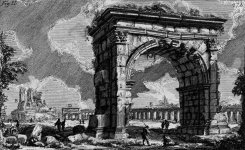 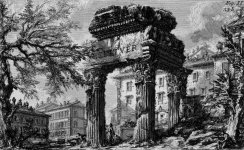 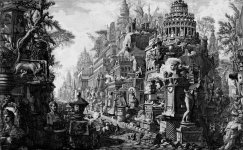 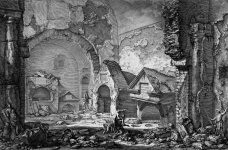 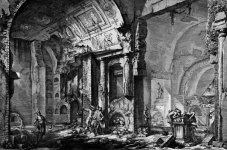 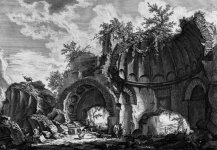 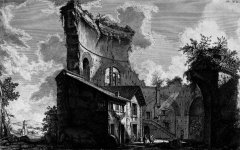 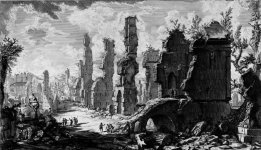 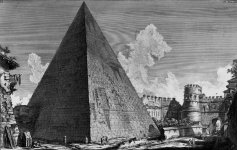 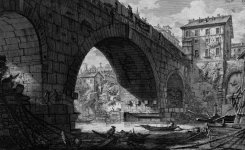 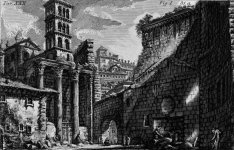 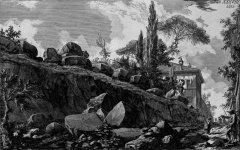 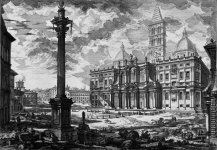 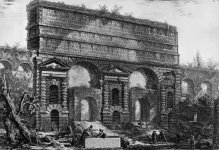 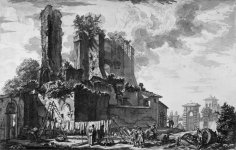 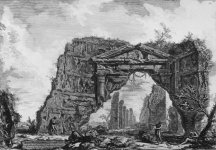 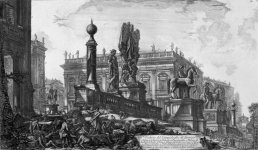 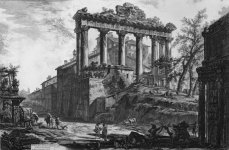 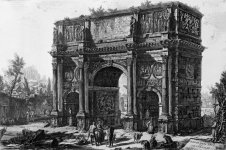 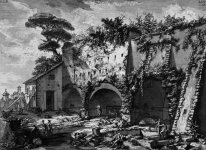 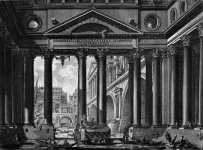 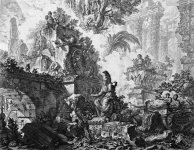 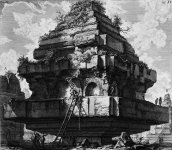 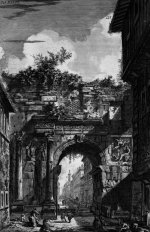 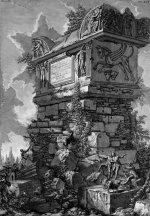 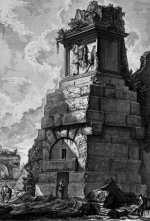 Possible Causes​
Was it the Great Flood of the 17-18th century?
Could it be the result of the war of Gods?
Could it be the consequences of the Global War of the previous spin of the human civilization?

There are many other additional weird events, coincidences, circumstances and straight up ridiculously overlooked and misinterpreted occurrences. Some of those I will try to bring to the attention of a hopefully open-minded examiner.
Click to expand...

"By messing about, one discovers" he made this phrase popular during his time... according to Wiki

A couple of disjointed observations:

1. In picture 22 he put the equivalent of a copyright notice in the drawing.
2. In picture 27 top right corner there's an eagle killing a serpent (2 images mirrored) which is the coat of arms of Mexico of all places. The history behind it is kinda interesting too.
3. In picture 5 the guy kneeling comes to the standing figure's shoulders. Place looks like an ossuary/mass grave.

His etching technique is absolutely amazing. They way he makes those lines that brings a 2D image and makes it almost look like a 3D render. He also purposely made the people much smaller in his drawings to give the ruins a sense of grandeur and epic proportions.
What is apparent from his drawings is that in the 18th century they were still excavating Rome. During his time, according to the map of Rome that he worked on, most of the south east part of Rome was still under 10 m of mud. Italy got hit very hard by the flood because it is a small land surrounded by sea.
After looking at some of his drawings for hours, i jumped on google earth to check out some of the sites from his drawings. On parts of the west coast of Italy, especially at capes, you can still see the residue of a thick mud slide coming from the interior of the landmass.
Another clue that we get from his drawings is that the ruins were pretty old, even in his time, so we are looking at a timeline for the great flood of at least 2000-1000 years ago. People were already living in these lands and building their small hovels on top of the ruins for a while. We see the same clues in the ruins of the Americas. When american settlers pushed their way into the continent in the 18th century they just rediscovered and excavated all the cities they now inhabit. They have built NONE of the art deco latin buildings that still exist in their cities, they were already there.
This flood is the cause of the disappearance of the Latin civilization (i call them that because latin was their global language) and we have no clue about it. Our history books have big chunks missing and are full of false information...
Perhaps one day we will have access to the Vatican archives and find the truth of OUR story.
You must log in or register to reply here.
Similar articles