Good luck trying to figure out when Tenochtitlan became Mexico City, for it was allegedly founded as Mexico Tenochtitlan in 1324. Some things are just too funny:
Anyways, below is a detailed view of Mexico City from the 1671 edition of John Ogilby's America. It is one of the most influential works of the 17th Century. Here are image sources: 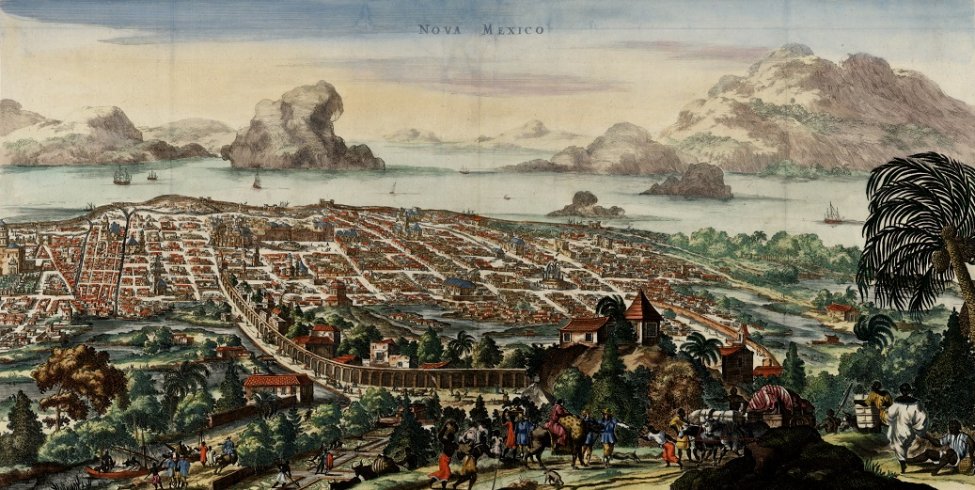 New Mexico​
Ok, before I get to the aqueduct I wanted to rant about this Nova Mexico BS, which I'm pretty sure was somehow explained by the narrative. It was probably done in a manner similar to this New Granada one. Why do they call it New Mexico? Where was old Mexico, if this one was a new one? Where is logic? We have:
In all of the above cases New X ≠ X, but with Mexico it's an exception.
If you have an explanation for this inconsistency, please share what you know. Thank you.

​
I'm trying to figure out when this aqueduct was built. As you can see in 1671, or probably a bit prior to the pub, this aqueduct was called something like Aqueduct of Santa Fe. This is where it gets confusing. According to the English Wiki article, there were only 3 versions of the aqueduct.


#1 Chapultepec Aqueduct​
The water level under Tenochtitlan was only 4–5 feet below the city, however, it was not a viable source of freshwater as the water retrieved was brackish. Shallow wells were constructed, and the water retrieved was used for household work. Construction of an aqueduct that brought fresh water, suitable for cooking and drinking, from Chapultepec springs to Tenochtitlan began in 1418. Building relied on mud and plant material to create the foundation, which rested on artificial islands that were spread 3 to 4 meters apart. Mounds consisting of mud were constructed on these islands and driven through with a wooden stake for support. The top of each mound had a hollowed out trough lined with compacted clay, and hollowed out logs were placed in the bottom of the flow path to bridge gaps between the islands. A wooden plank walkway flanked the aqueduct, making it easily accessible and a method of transportation from the city to the outlying areas. Once the water reached the city, it was delivered to small reservoirs and select households through a network of canals that extended in the four cardinal directions and branched off to individual streets.

#2 Chapultepec Aqueduct​
After the destruction of the original aqueduct, the king of Texcoco, Nezahualcoyotl, ordered the construction of another water system using sturdier materials following the same route as the original. This aqueduct consisted of two mortar lined troughs made of stone masonry. The addition of the second trough allowed for water to be diverted to the second pipe when maintenance had to be performed on the other. This allowed for a continuous supply of fresh water to be delivered to the city.

#3 Colonial Aqueduct​
After his arrival in the Aztec empire, Hernan Cortes discovered the economic and political importance of the Chapultepec aqueduct. He took advantage of the city's dependence on the aqueduct and blocked the fresh water supply, eventually destroying it. Shortly after the Spanish conquest, he set about dividing the land among the conquistadors. He wanted to take the forest of Chapultepec for himself, but Charles V, King of Spain, denied his request and decreed that the springs were needed to provide the people with potable water and were thereby the property of the city of Tenochtitlan.
So, which one do we have in the above 1671 image. According to the above info, it would have to be #2, because they did not start building #3 until at least 1711.


Aqueduct of Santa Fe​
But then we get to the Spanish language (google translated) Wiki article: Aqueduct of Santa Fe (Mexico City). After a lot of interesting blah-blah-blah we get to this:
And then it goes like this:
Note: In 1611 Marquess of Salinas departed New Spain to take up this position in the mother country. He served as president of the Council from December 1, 1610 until retiring old and infirm on August 7, 1617. He died one month later in Seville.

The Plaque​
We also have this plaque mounted on the aqueduct itself. It translates to "Remains of the aqueduct begun in 1620 finished in 1790 containing 904 arches." 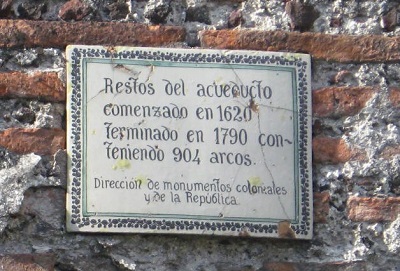 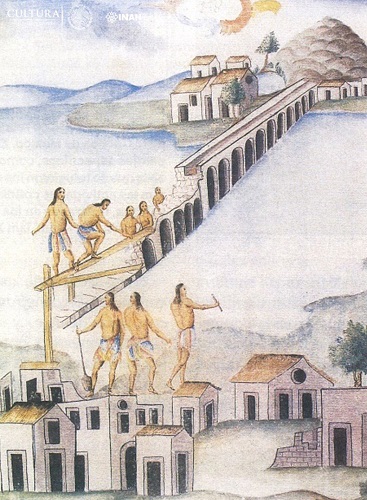 19th Century​
And this is what this aqueduct looked like some time in the 19th century. One too many places describe it as this "The Chapultepec aqueduct built by the Aztecs during the Tenochtitlan era, located in Mexico City near Metro Sevilla." 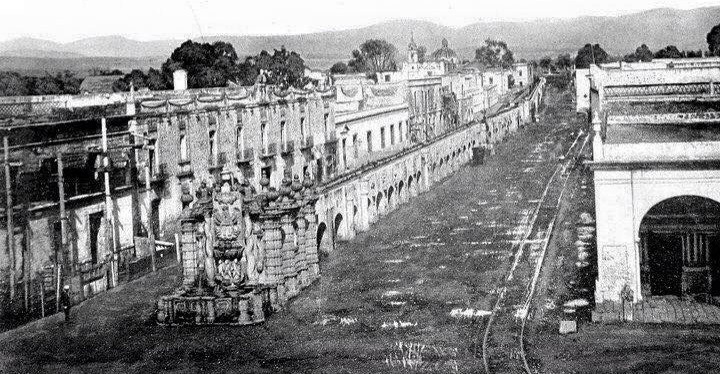 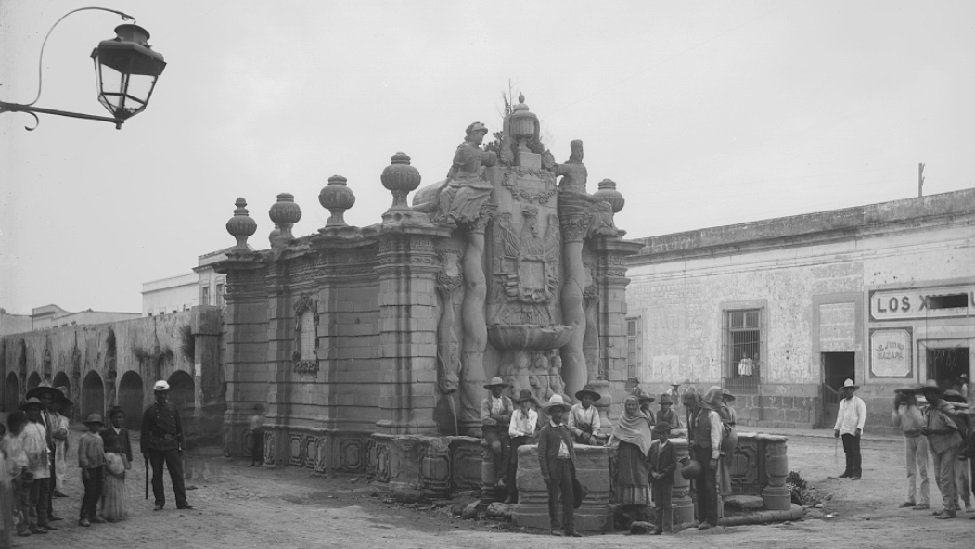 KD: What do you think? When was the depicted 1671 aqueduct built, and who built it?
Click to expand...