The Battle of Borodino was a battle fought on 7 September 1812 in the Napoleonic Wars during the French invasion of Russia. The fighting involved around 250,000 troops and left at least 70,000 casualties, making Borodino the deadliest day of the Napoleonic Wars. 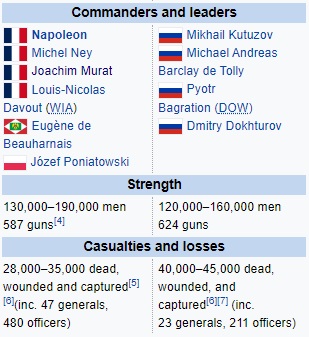 I find it interesting that in certain instances we know what Julius Caesar had for breakfast 2,000 years ago, and in others we are unsure whether 100,000 people were present at the Borodino Field for one of the most important battles of the 19th century. Kudos to Wikipedia for calculating the minimum, but at its max we could have had 350,000 people. 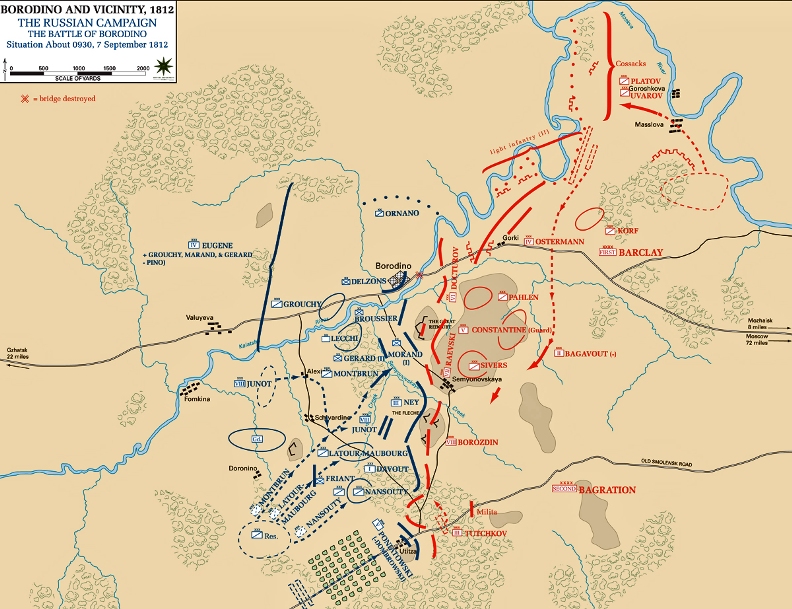 I'm not sure what battle you can have with 250,000-350,000 people, and whatever number of horses within a 3x2 mile area. It sure is easy to draw maps, but sticking all those people into this constricted space and making them fight... I don't know. 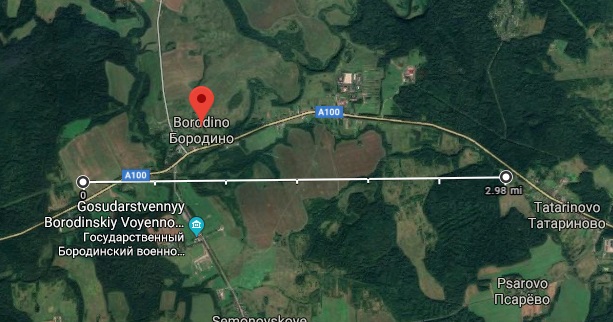 There is this Battle of Borodino webpage, with a few paintings accompanied by corresponding descriptions. If those paintings are representative of the battle in question, where are those 250,000 - 350,000 soldiers and god knows how many horses.

Sure you can fit all those people in there, but... Was it a battle, or was it a parade?

IMPORTANT​
And finally the reason why I even started this article. I think I did a fairly diligent search, though I am prone to missing stuff. But here is what I failed to find.
Related: