While learning new things about Napoleon, I came across this floating contraption. I guess, some prisoner claimed that such a thing was in the works. Considering that it was supposed to be made of wood (pictures suggest that), the entire idea looks uber bizarre (unless it was supposed to be made of iron). The rigidity of a wooden construction would have hardly supported its size. Sounds like it was never made, but who knows?
The description below says: A view of the French Raft, as seen afloat at St. Maloes, in February 1798. Go figure... 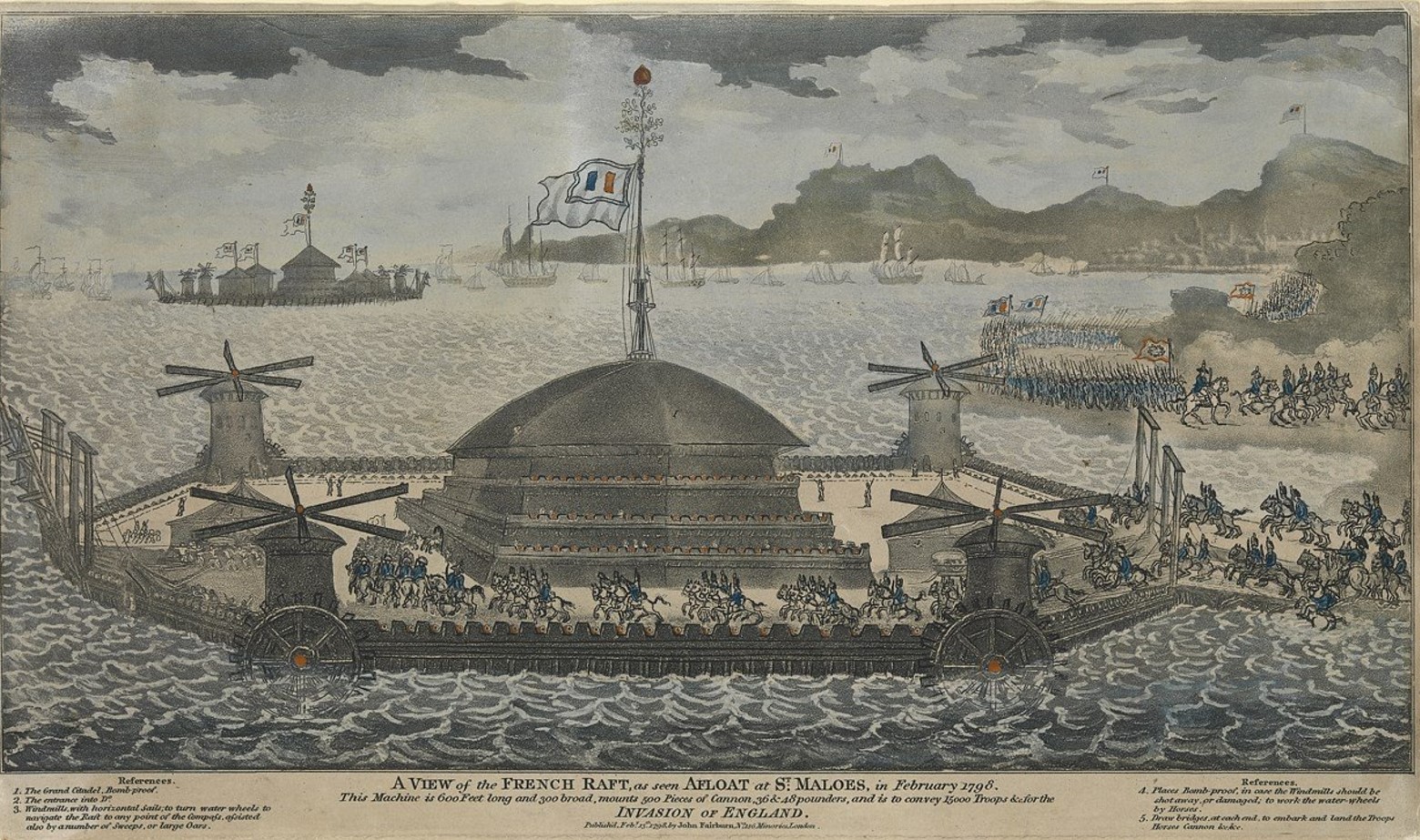 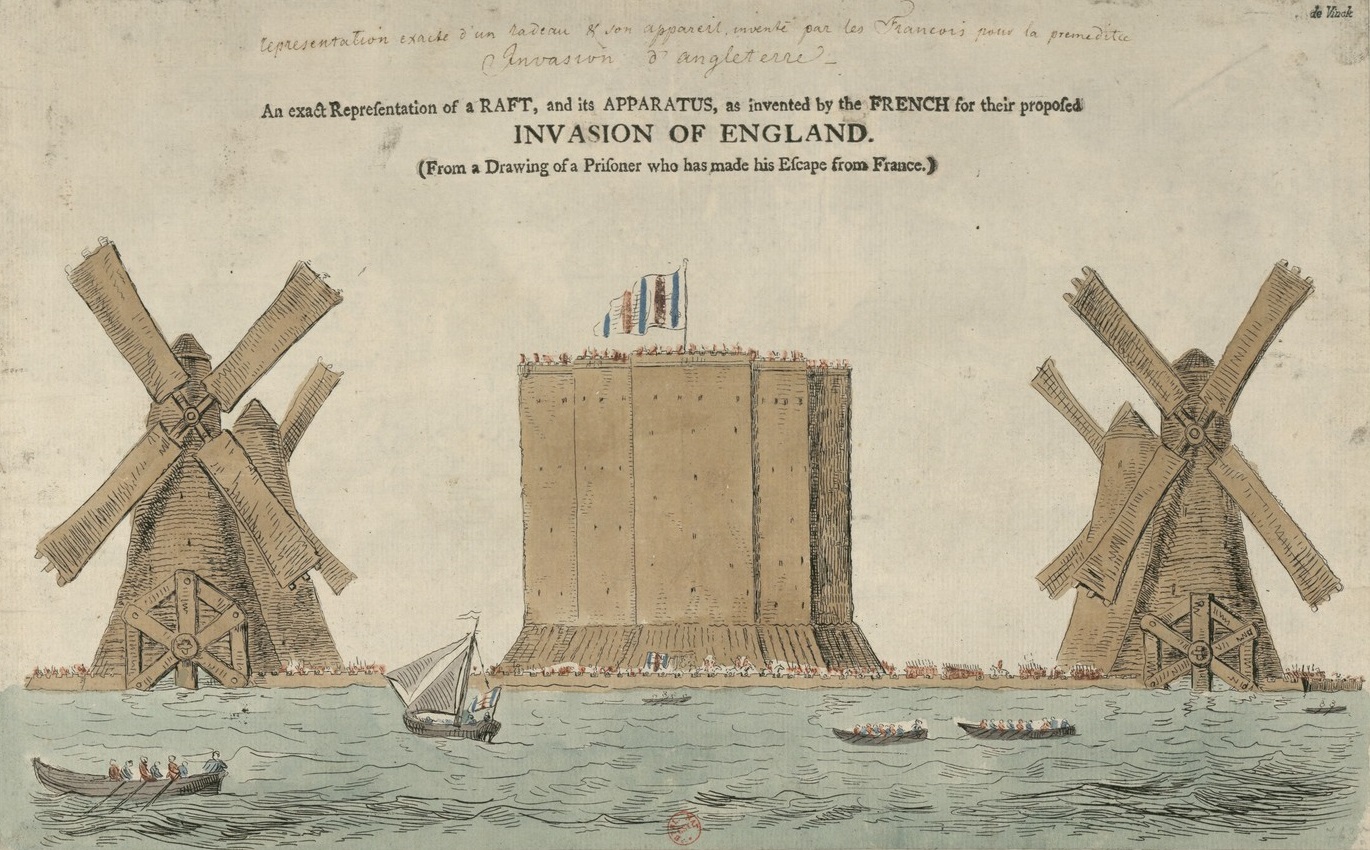 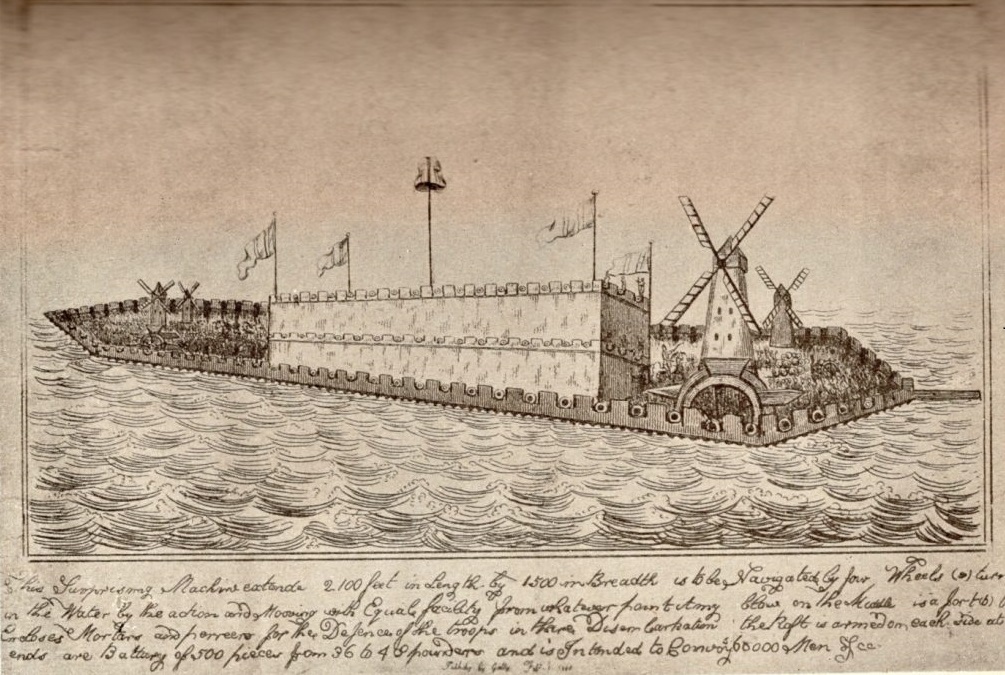 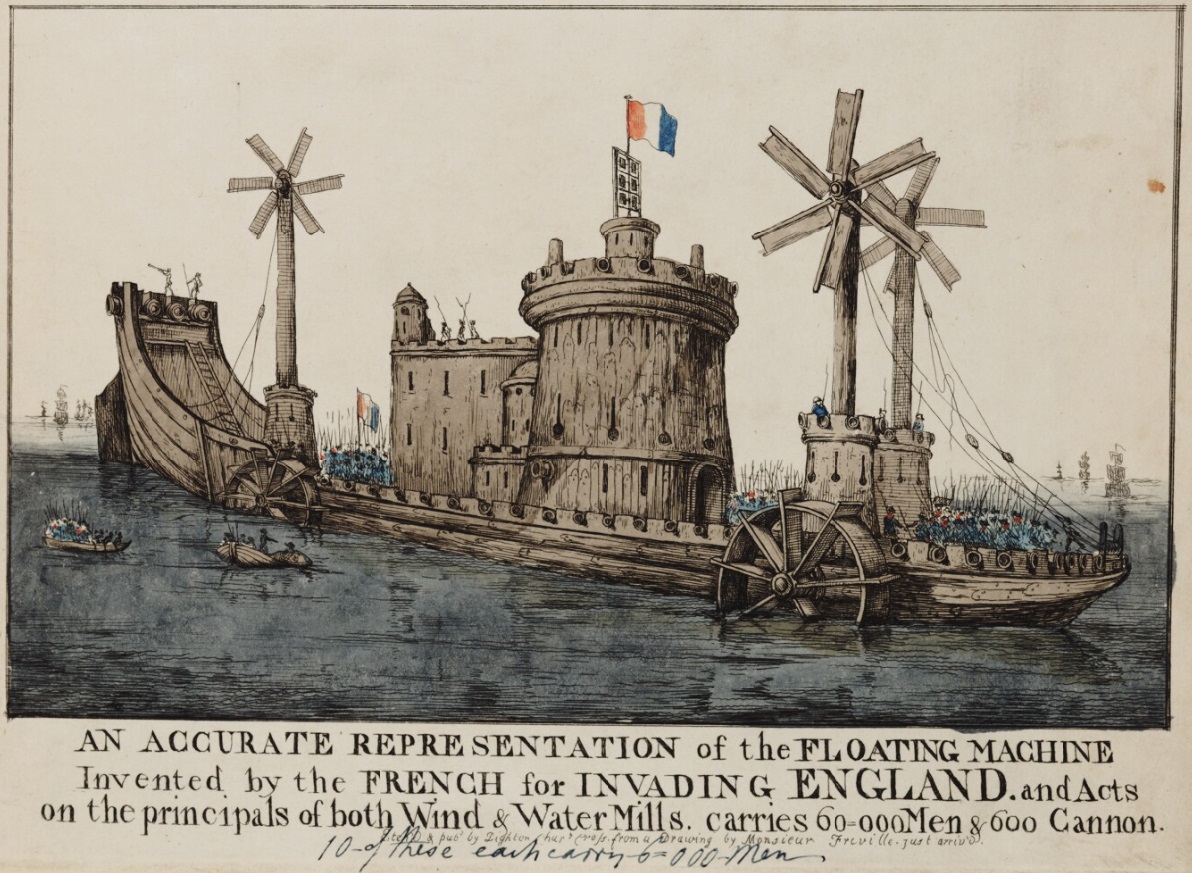 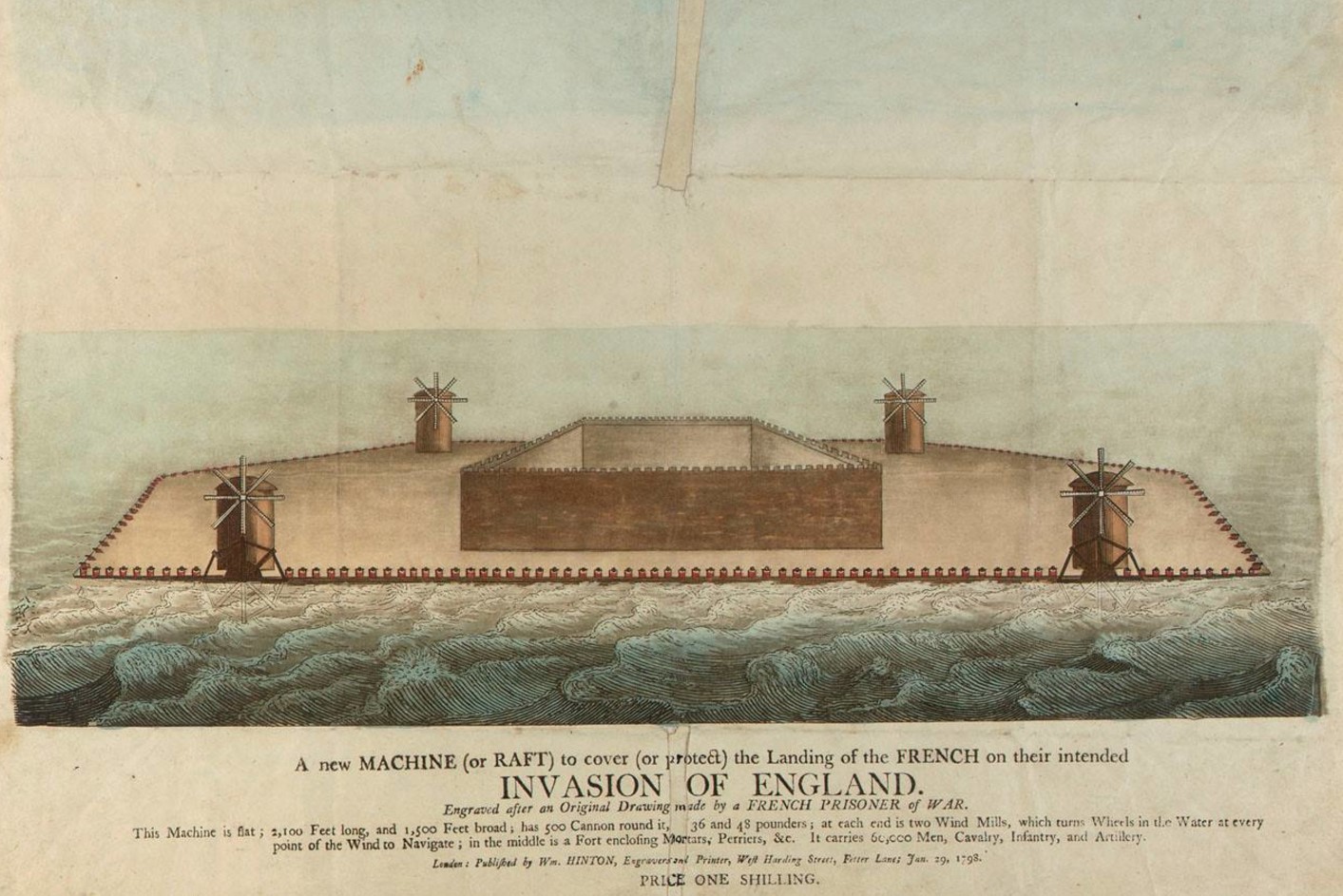 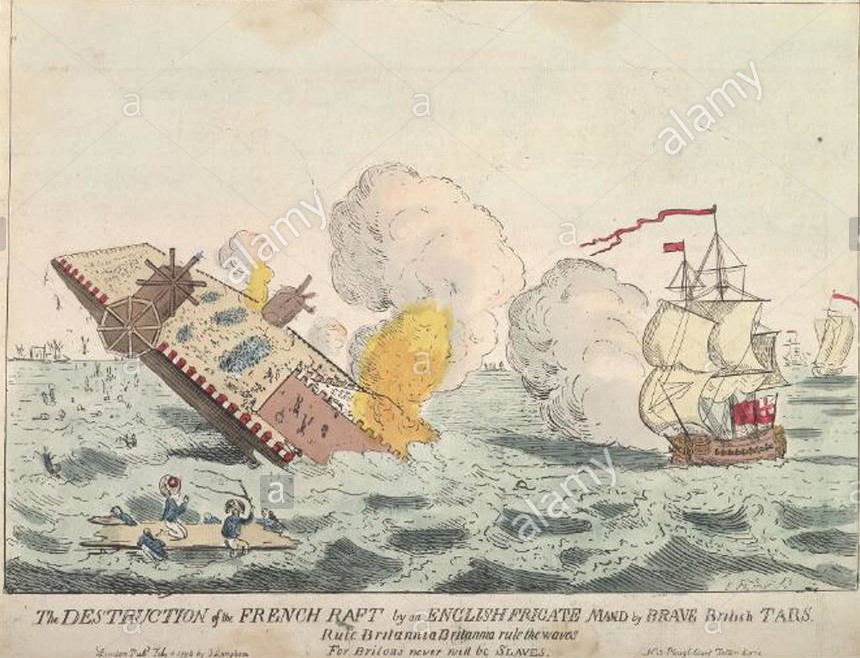 Source​
KD: Per the narrative, the invasion did not happened.

I was unable to find any texts pertaining to 1798, or to any one of the designs. The "windmill" propulsion was mentioned 38 years later, in this 1836 book. 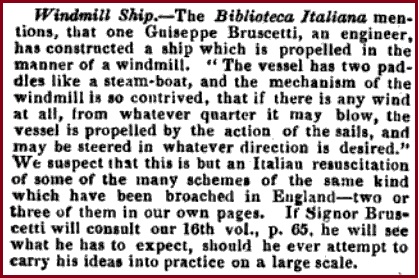 In 1855 they called it "a new system of propelling vessels". 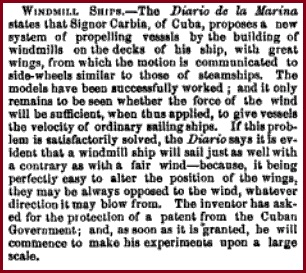 They were still talking about these "windmill powered ships" in 1872. Sounds like there was at least one in operation at some point. 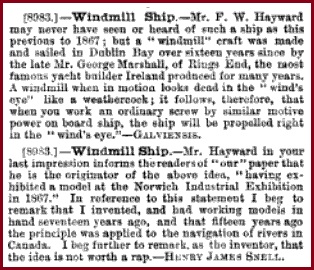 KD: Just figured it was worth sharing. Wondering if they actually had something like this fully operational in 1798...
Click to expand...

I maybe I am alone in this kind of thinking and did write it off as fanciful but I wonder if they floated the star forts to their locations.

I have seen quite a few forts that seem to have conning towers like that of battleships and aircraft carriers.

Although it would need some additional tech as bricks and mortar is not the best materials for floating. 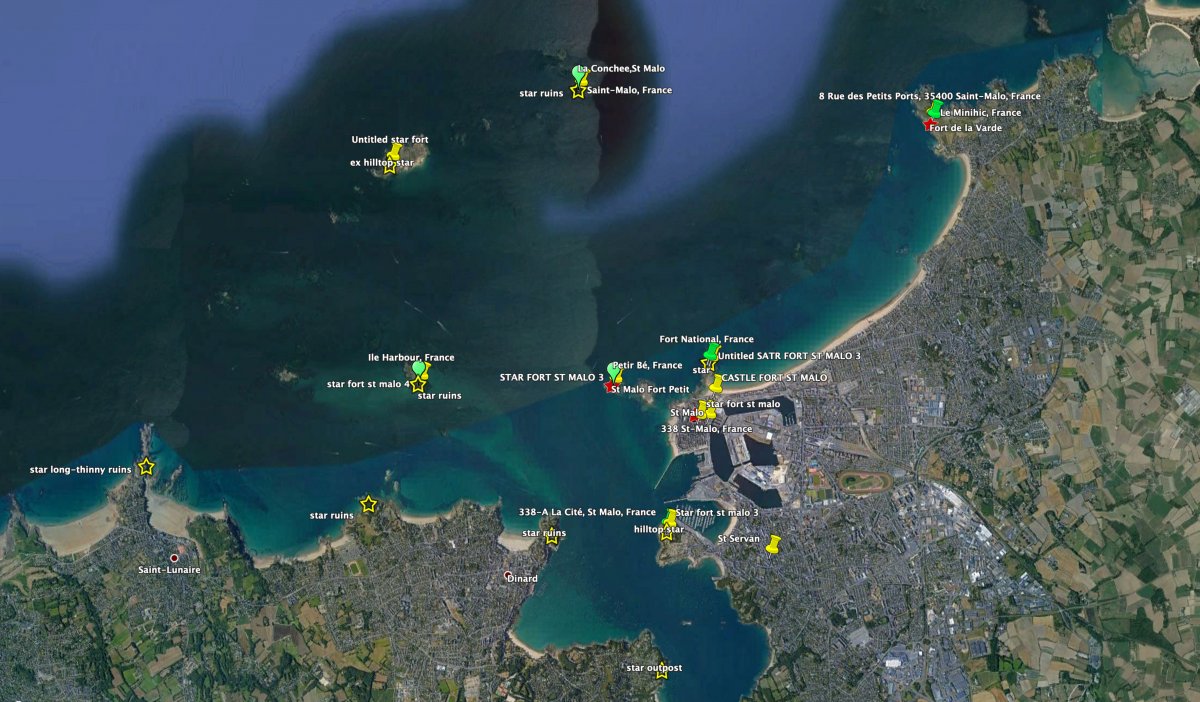 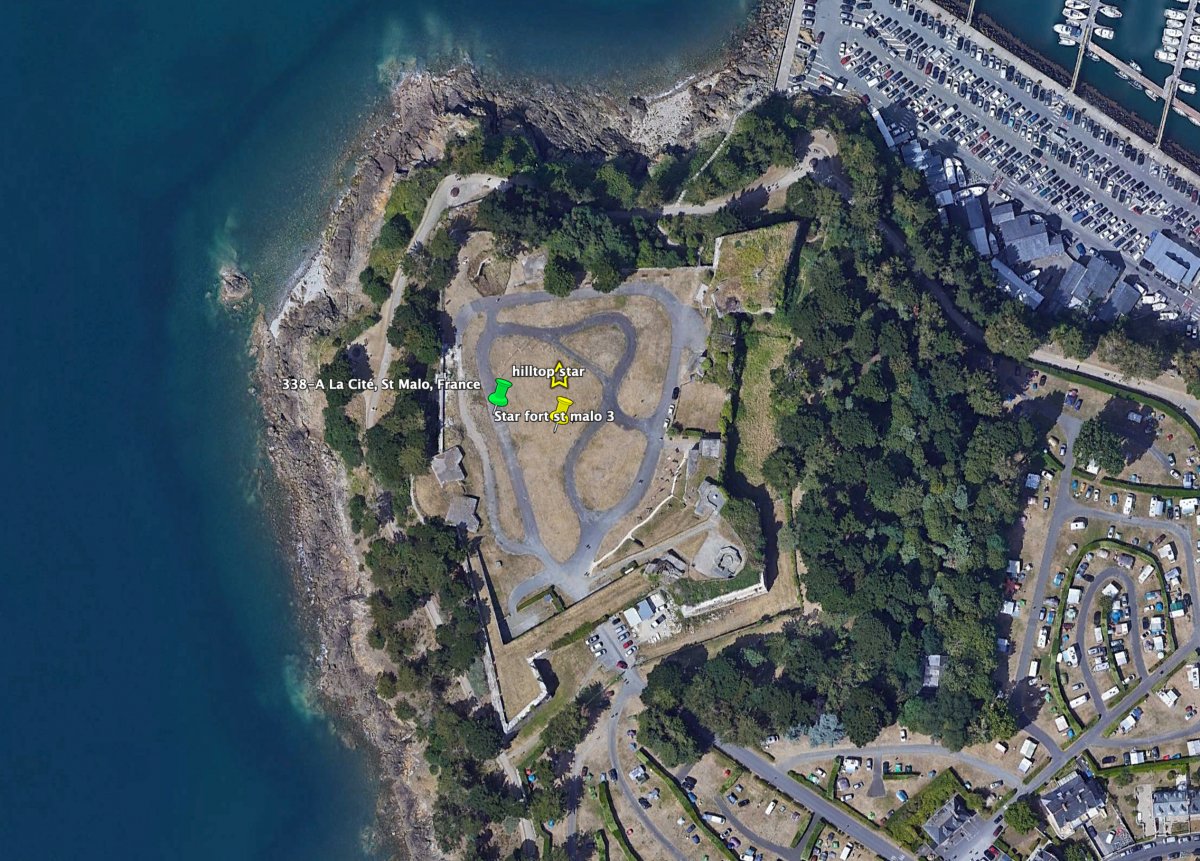 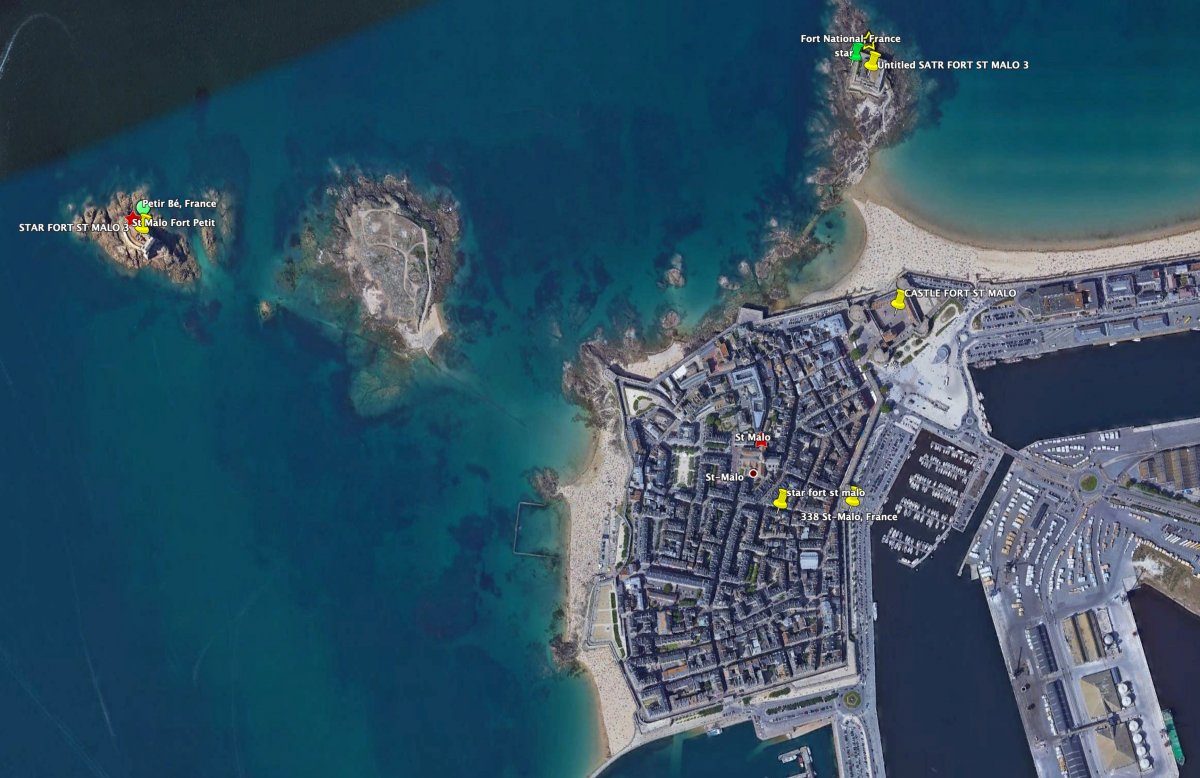 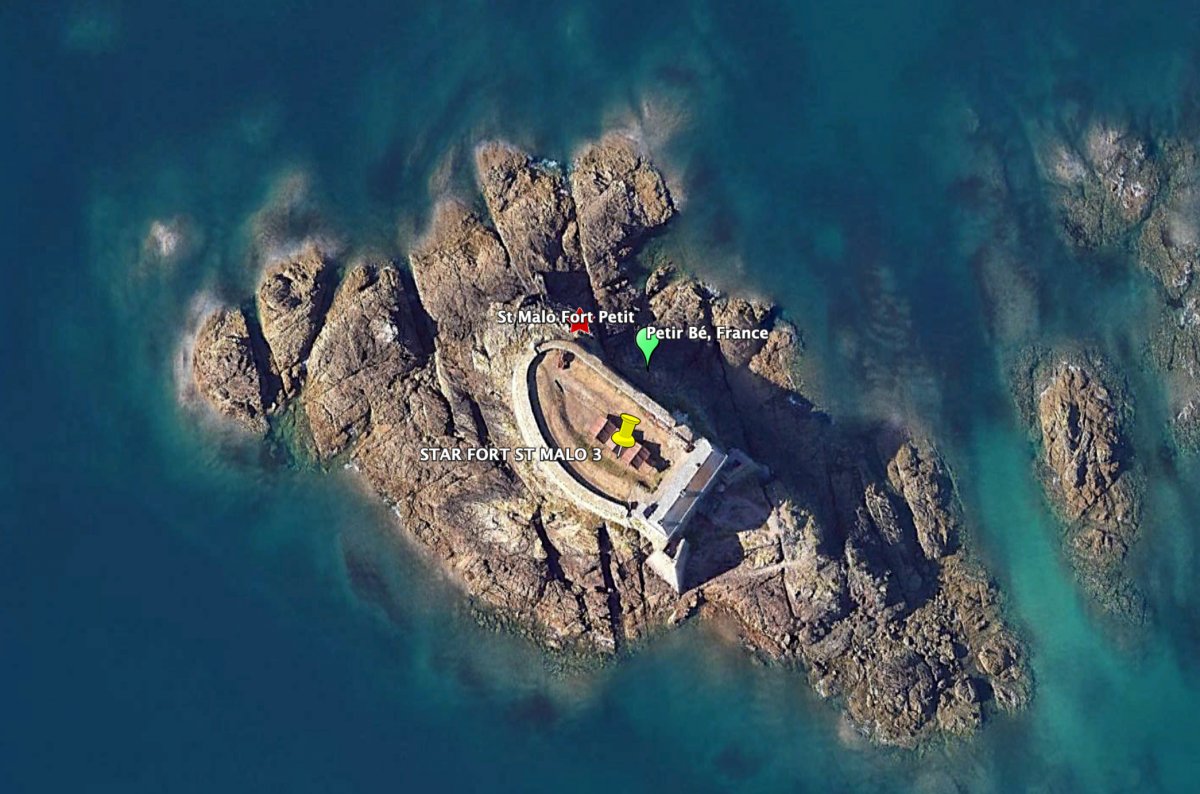 Totally independent of any matters of practicality and/or reality of the prototype, I kind of like that one with the round tower and elevated stern.
With model building being an interest, my brain goes to pondering what remarks and interest a radio control model might get at the pond.
Been ages since I've done RC boats, but wouldn't it be cool to show up with one of these loaded with figure from miniatures games?
Am pretty certain that wind power would be insufficient to drive the paddlewheels and electric motors would be a necessity.

The windmills date back to 1500's in Holland to dry wet land with a paddle wheel.
He was probably inspired by this because he invaded Holland too.

A thing I wonder about those designs is whether a wind strong enough to provide propulsion would/could/might also provide enough push against the 'sail area' of the superstructure sides to interfere with steering.

My Dad was in the Navy and wind can be an issue in ship handling even when your ship is motorized instead of sail driven.
I no longer remember any of the terminology for it, just that it can be an issue.

At first I thought of this 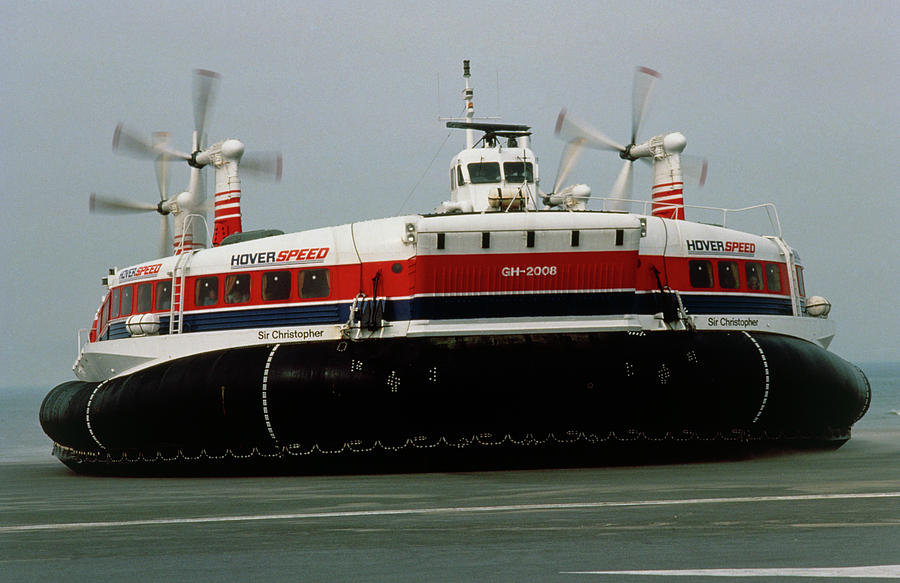 Then I noticed the 'windmills' on this image were horizontal, like an helicopter 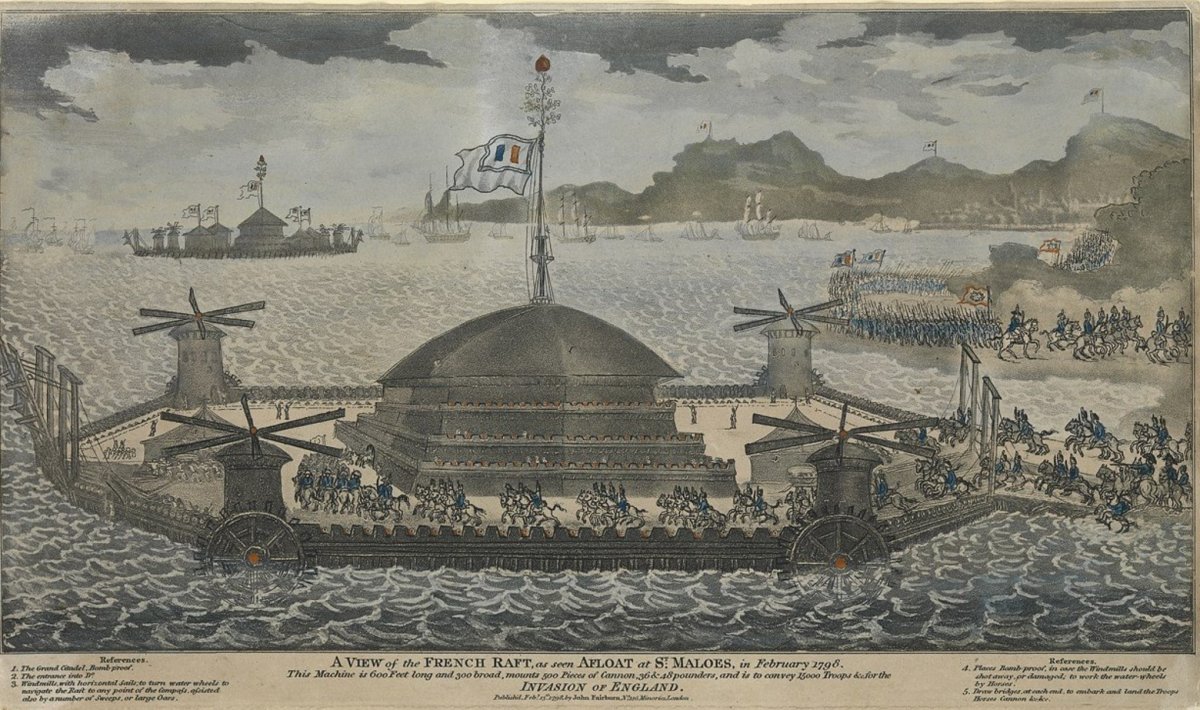 And that made me think of this... 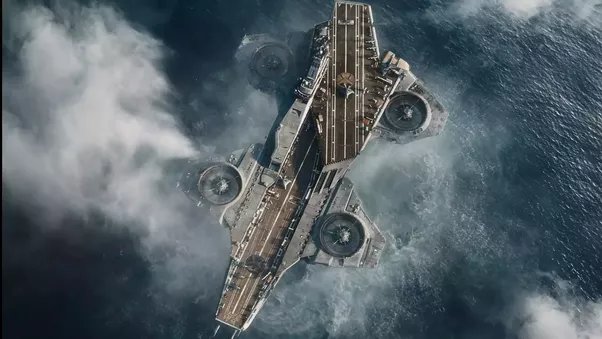 Perhaps they were seeing amazing tech, they just couldn't draw it so well... Or they were drawn from repeated stories/ tales, and drawn using known tech?

Timeshifter said:
Then I noticed the 'windmills' on this image were horizontal, like an helicopter
Click to expand...

Going by how the deck and superstructure are rendered with their perspective lines relationship being a bit wonky, as are several other perspective lines, I'm going to expect wonky blade perspective instead of horizontal blades.
However ...
There is the question of whether the blades are literally in the horizontal plane with hub at top center of towers' domed roofs as it seems to appear ...
Or ...
Is that appearance just more wonky perspective amidst the overall generally wonky perspective?
Questions, questions ...

In the line of floating fortresses I need help with this 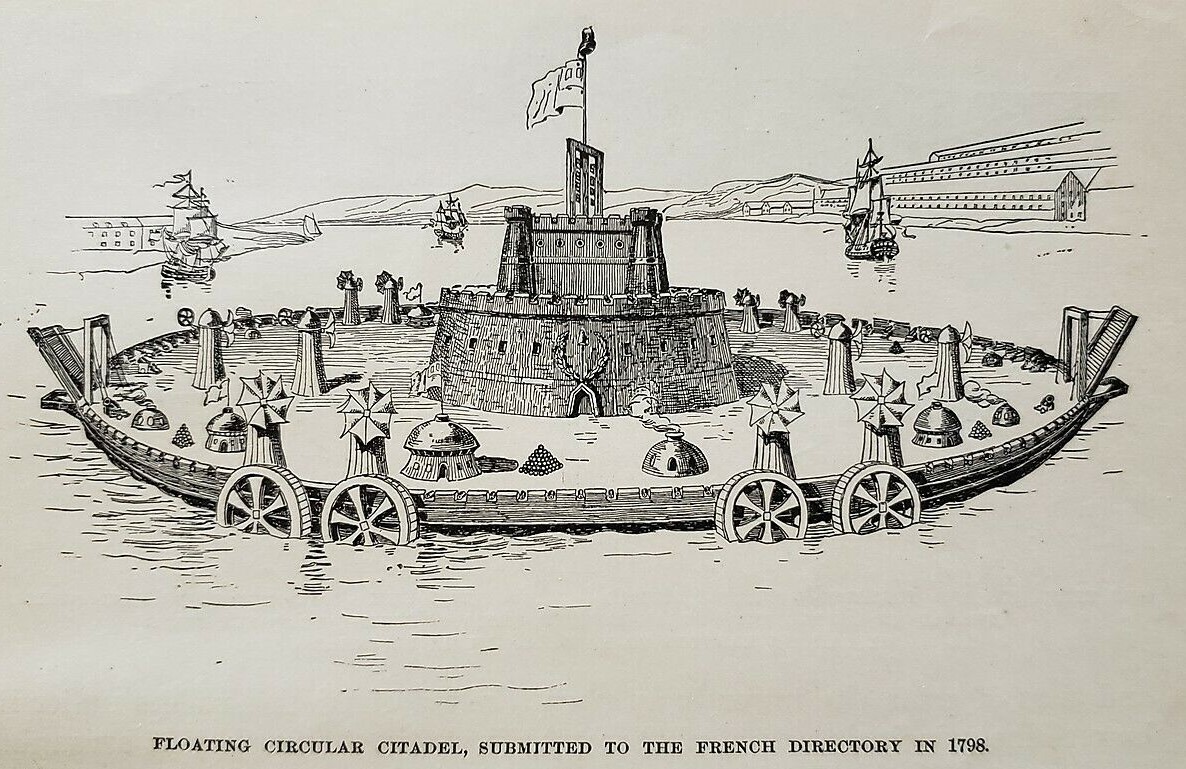 Abraham Lincoln and the battles of the Civil War .

Sorry, can't help; all I can do is say, that is interesting!

This contraption makes no sense for its narrative compliant time frame.
You must log in or register to reply here.
Similar articles