Book | 1842: The Murder Den, and Its Means of Destruction. Population Thinning

Was watching The Thinning movie, and plugged "population thinning" into Google Ngram. Ended up with the below text, which I'm not sure what to make of.

Some 1840 British politician voices his opinion on the doctrine titled "Malthus's and Marcus's Doctrine." I am not sure we can obtain the actual text of the doctrine, but the below information should be sufficient to give you an idea.

Besides the obviously disturbing contents, I found two strange things:
The Source: 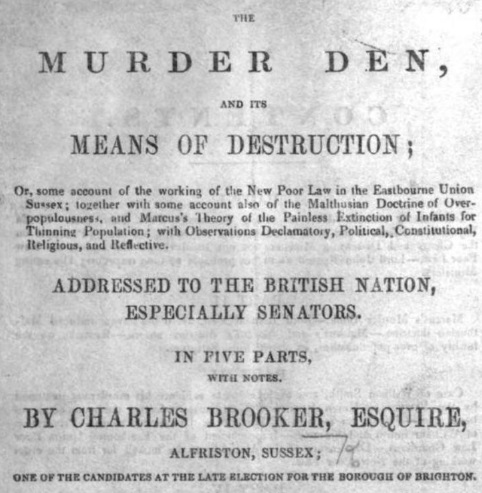 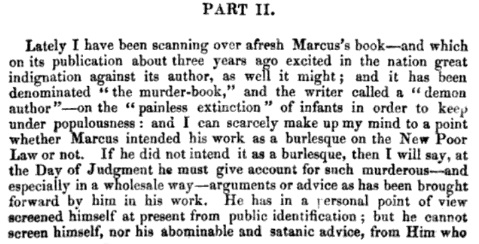 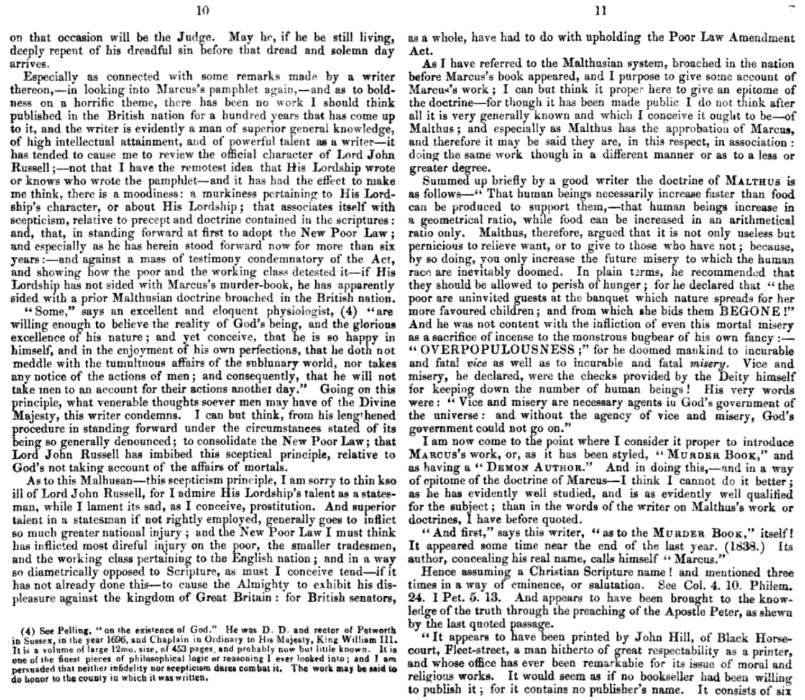 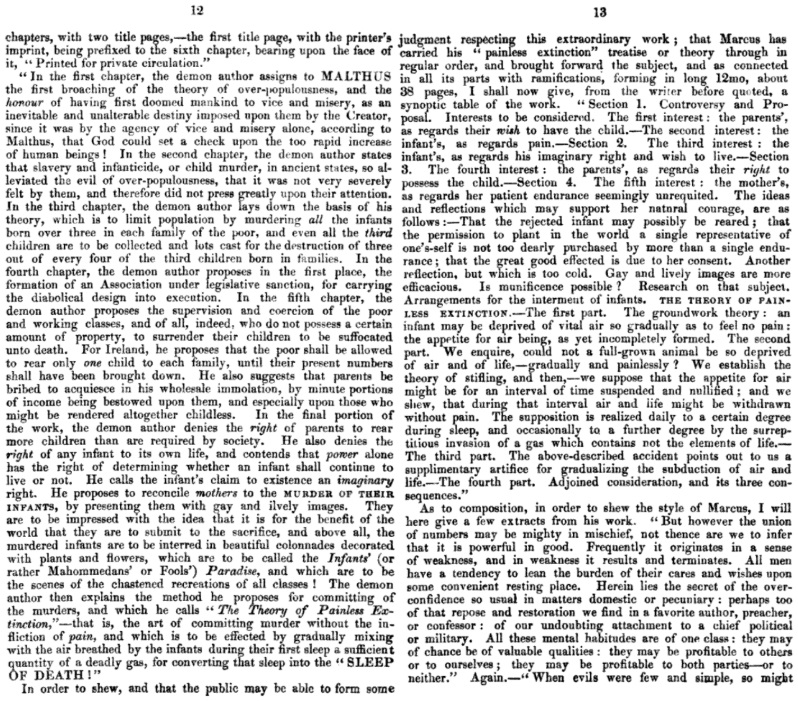 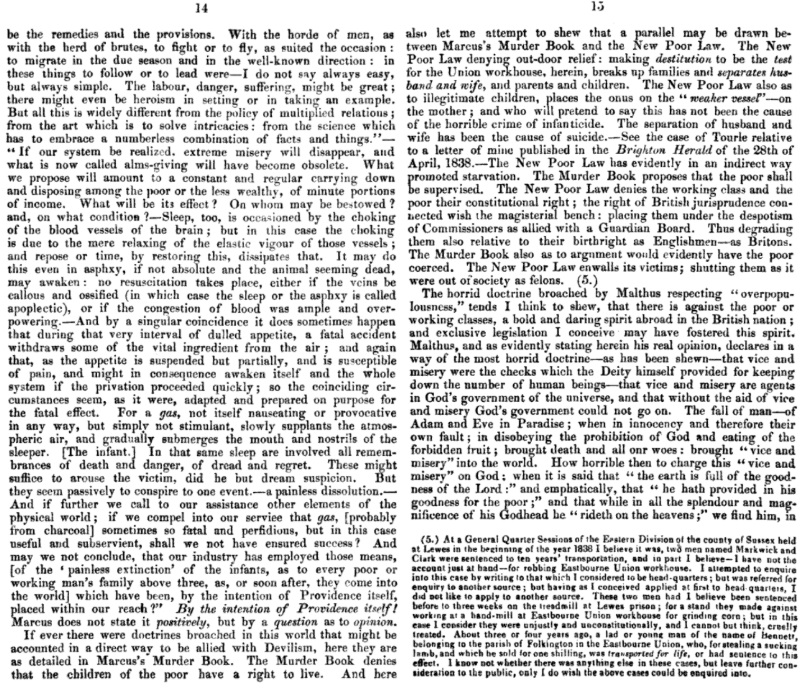 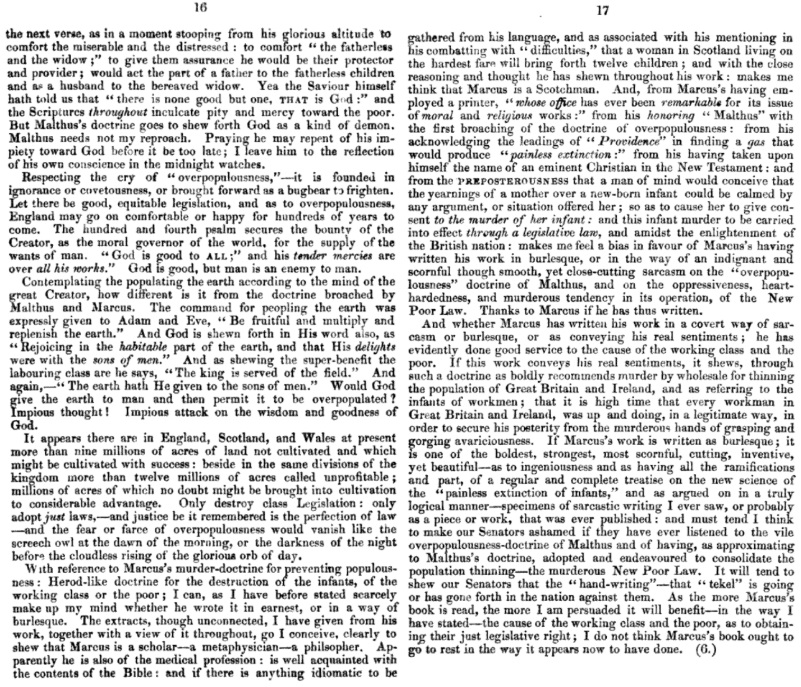