1854: History of the two Tartar conquerors of China by Nicolaas Witsen

The first appearance of Witsen's work was at Amsterdam in 1692, folio. The French version was also inserted in the fourth volume of the “ Recueil des Voyages au Nord”, Amst. 1732, 16mo., and also in the fourth volume of Du Halde's “ Description de la Chine et de la Tartarie Chinoise", Paris, 1735-6, 4to. Father Verbiest continued to enjoy the imperial favor till his death, on the 7th of February, 1688, and so great was the grief at his loss, and the respect paid to him, that his funeral was not only attended by a large concourse of his fellow missionaries, but by mandarins especially appointed by the emperor to do honor to the occasion. 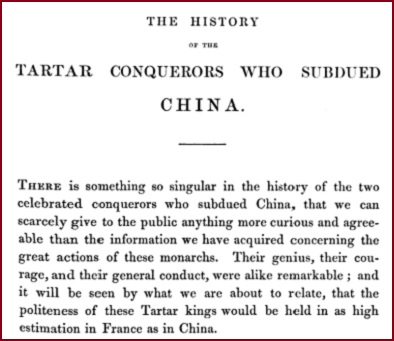 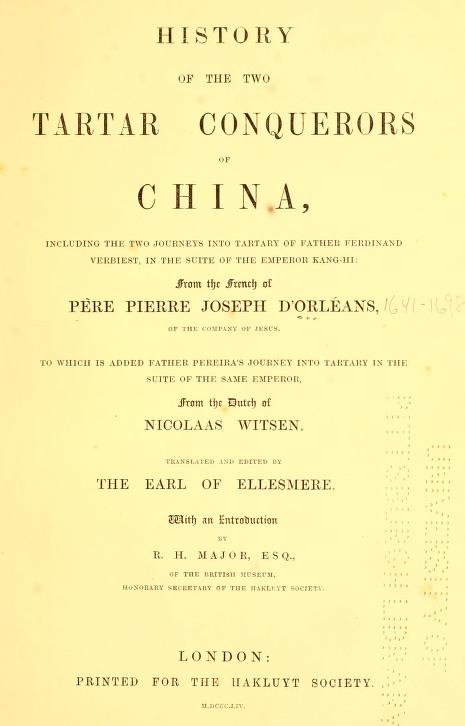