Please watch at least some of this video. Steve appears to be a regular main stream guy who loves history, yet his intro is priceless.

1905 Lewis and Clark Exposition
Portland, Oregon​
This is one of the expos I wanted to take a look at for a while. A few years ago I actually drove through the area where the expo once stood. Not surprisingly, nothing out there could suggest that at some point in time, the same area had buildings similar to the ones below.

Source
​
As far as I understand, this is a hand-tinted photograph of the 1905 Lewis & Clark Centennial Exposition. 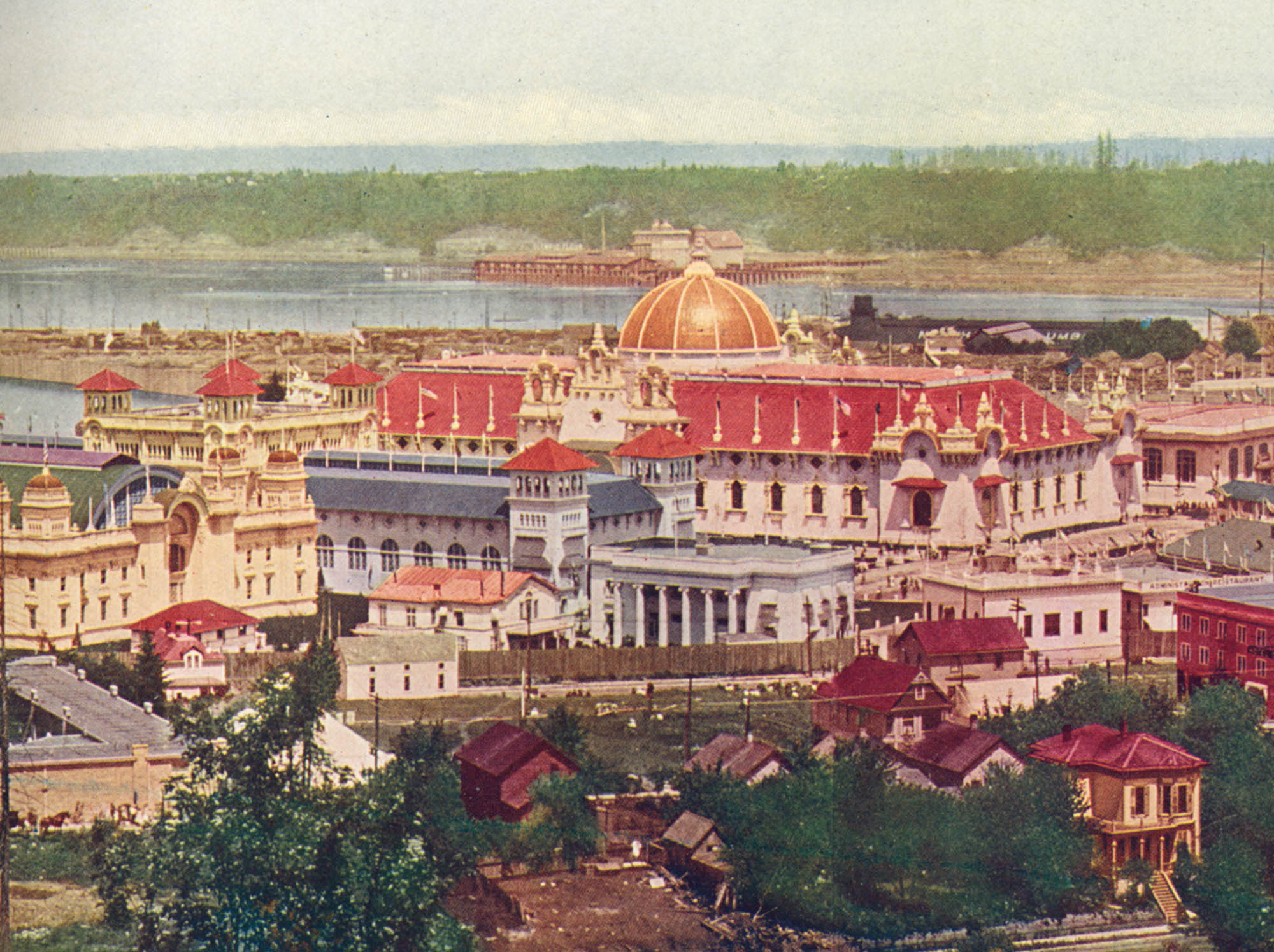 Source​
I agree, it does not look as fancy as some of the other expos, but here is one of the construction photographs we have for this 1905 Lewis and Clark Exposition in Portland. 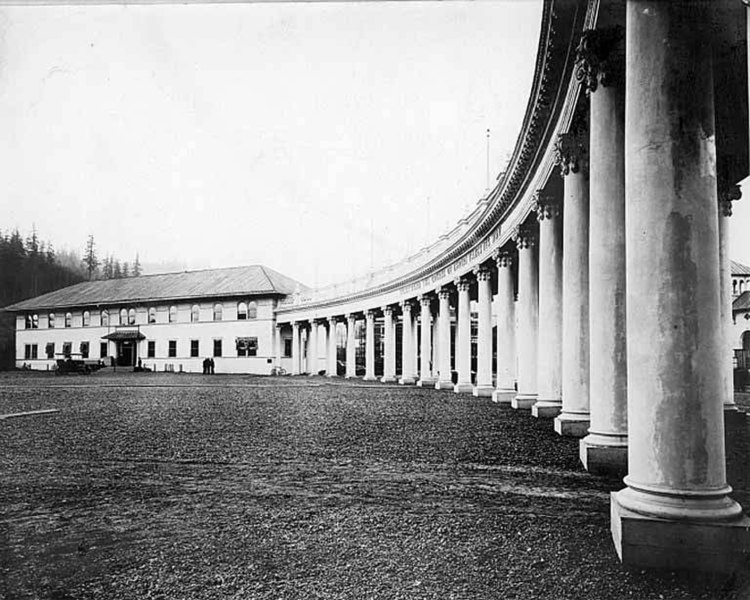 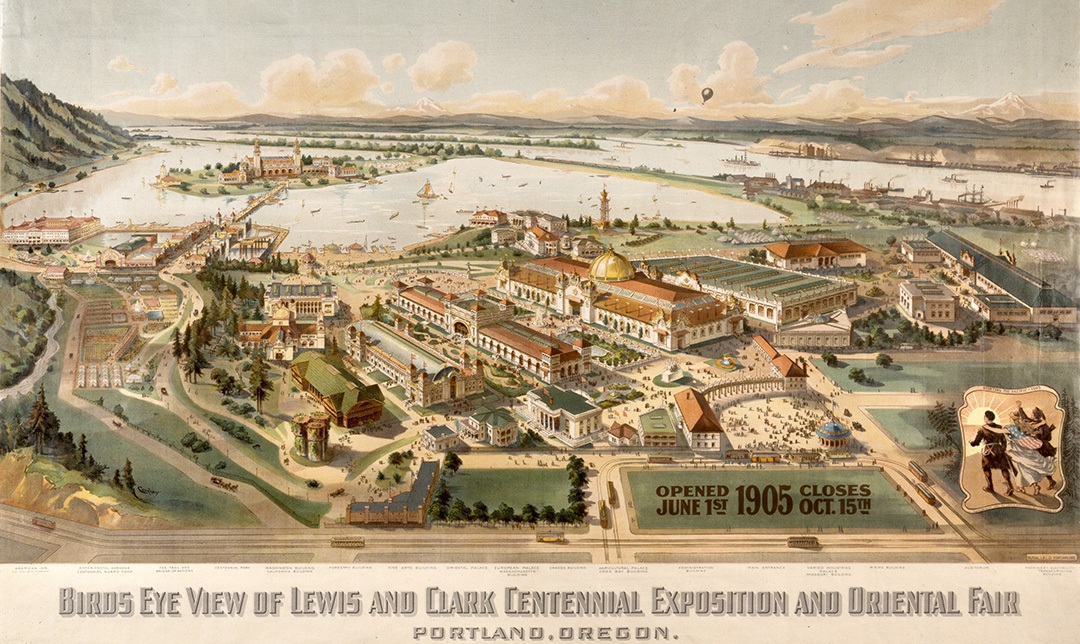 Source
​
Dan McAllen, a dry goods merchant, suggested in 1895 "that Portland mark the new century and pull itself out of its economic slump by holding some sort of international fair." 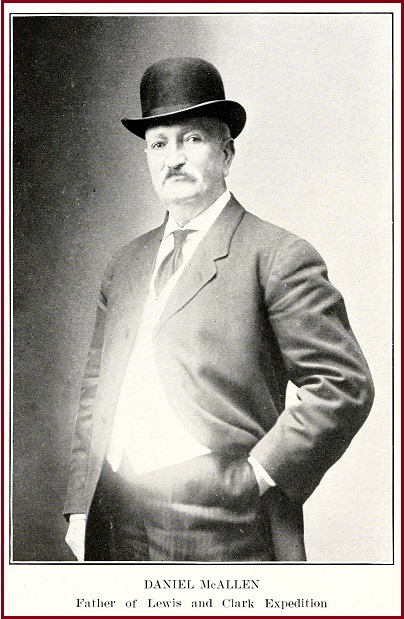 ​
Since the area's focus was on other issues, his proposal went unnoticed for a few years. The idea of a fair came up again occasionally, but no concentrated effort was made for various reasons. It was not until 1900 that this sort of action began, when "J.M. Long of the Portland Board of Trade put together a provisional committee" to begin planning some sort of fair.

The Theme​
Although the true motivation for the fair came from an economic and business standpoint, it was still crucial to have a theme for publicity and décor. The theme for the Portland fair came from the advice of the Oregon Historical Society. 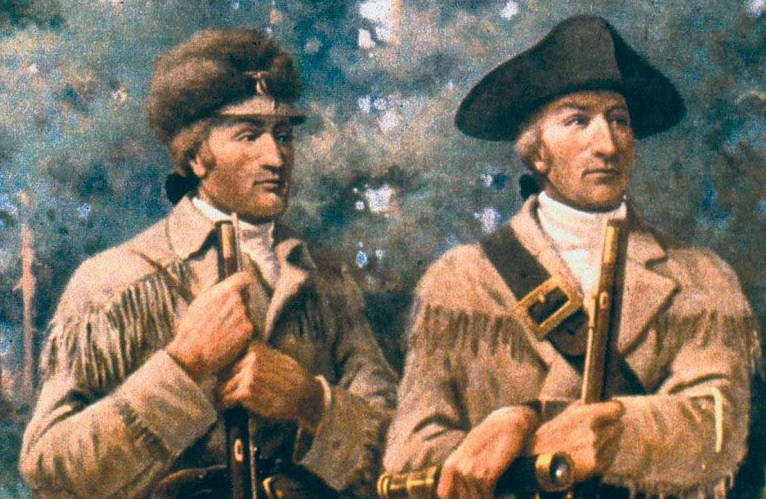 Funding​
Once a theme was set, the men began securing exhibits and getting support for their investments. Getting government backing was crucial due to the personal investments already made:
After the closing of the fair, Henry Reed, Secretary for the Exposition Corporation, created a hefty volume documenting the whole process of planning and running the event. He, too, spoke highly of the government's involvement, and wrote that "The State of Oregon gave more solid help to the Lewis and Clark Centennial Exposition, than any other state of the Union has ever given to an exposition held within its borders." He was also specifically grateful for the City of Portland's assistance, and noted that their "cordial and enthusiastic backing" was invaluable to the success of the Fair.


The Site Choice​
I understand that back in the day they did not look for easy ways of doing things. For whatever reason they really loved building in water. The site choice made by the city of Portland was no exception:

Construction​
Here we start with our normal construction related shenanigans. We know that our expo opened its doors for the first time on 06/01/1905. The image below is showing the area of the future exposition. The photograph is dated with 01/28/1904. 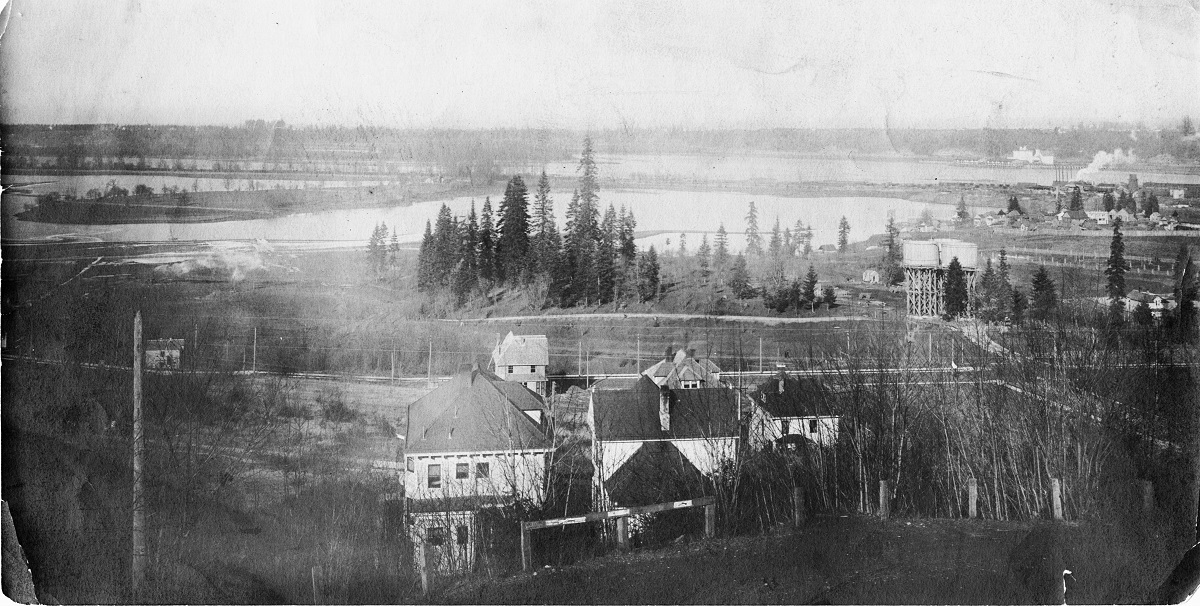 Source​
When did the construction start? It was not immediately clear, but this source helped out: 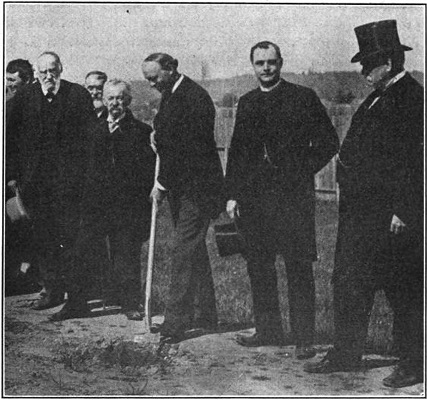 Ground-breaking Ceremony​
You can read up on the generic construction related stuff yourself. As far as known patterns go, here they are:
Below you can find the official ground plan. This is a large 4000 x 2799 image, so everything should be readable. 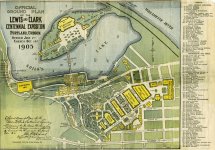 ​
I made a separate image out of the expo buildings and other things they had out there. 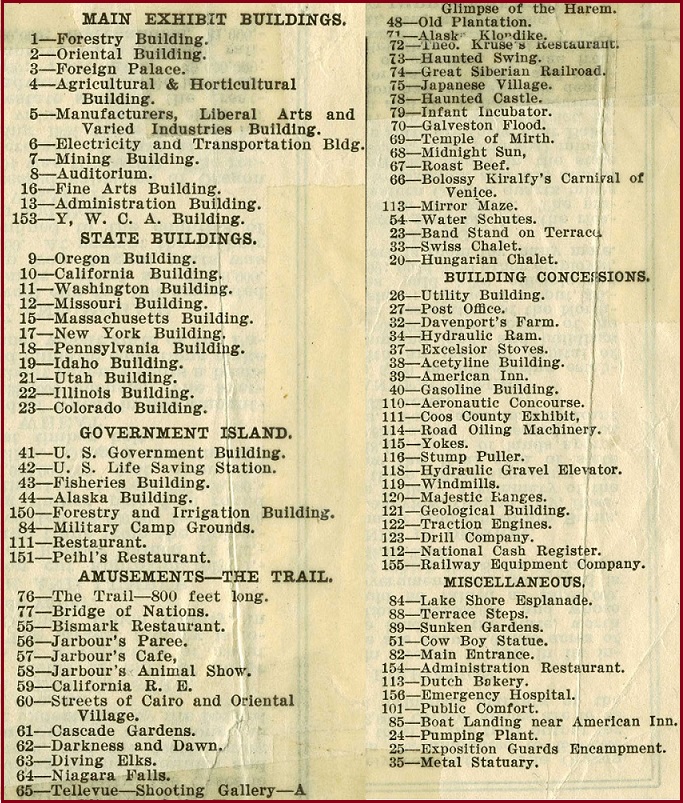 Construction Photographs​
Obviously, to exist, everything had to be built at some point. From this perspective, I have no doubt that things were built. The question is when, by whom and with what technology. One of the construction images (with pealing off columns) is at the top of this article. Let's see if we can find any other construction photographs.


Forestry Building​
The one that immediately came up in the search results was the alleged construction of the Forestry Building. I am not sure what we are seeing here, but there it is. 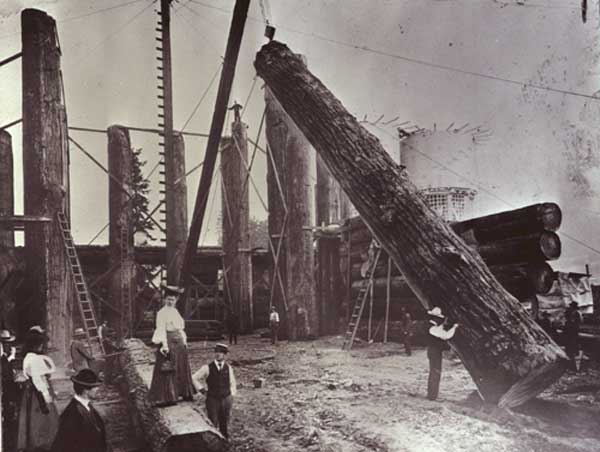 Construction of the Grand Stairway 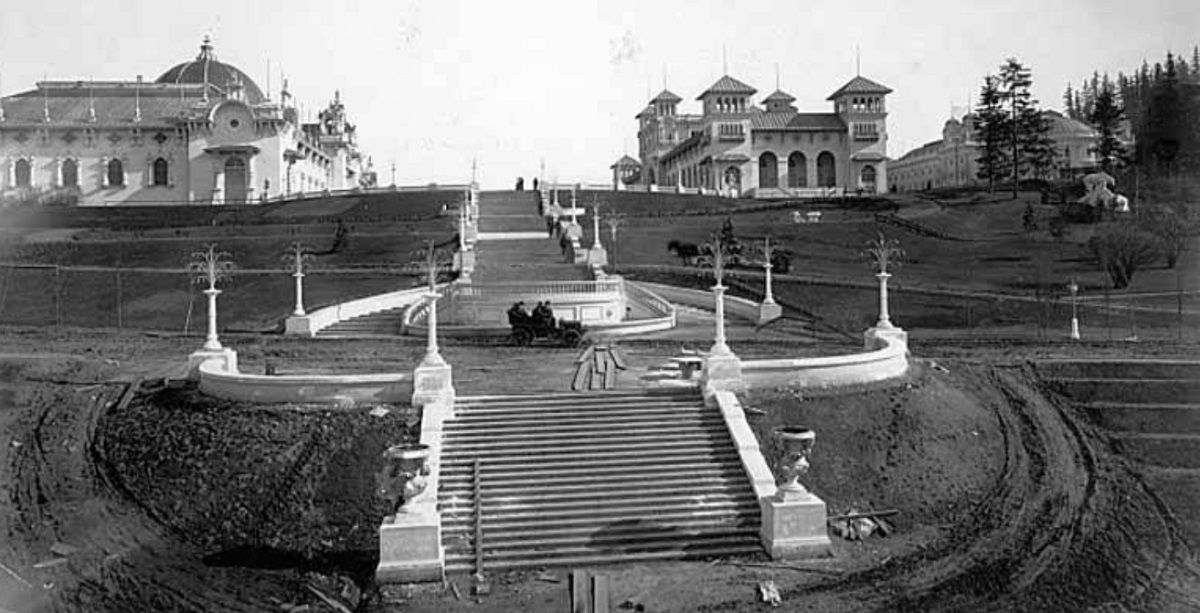 Buildings Constructed
for the Lewis and Clark Centennial Exposition 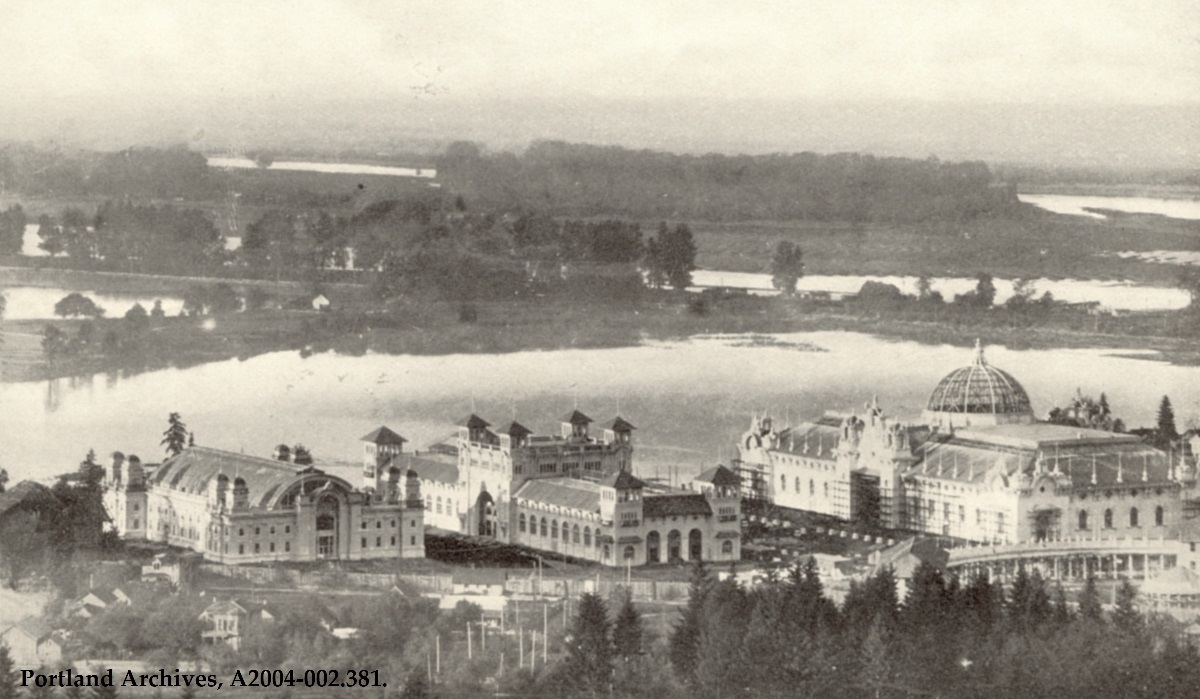 Colonnade of the Government Building Under Construction 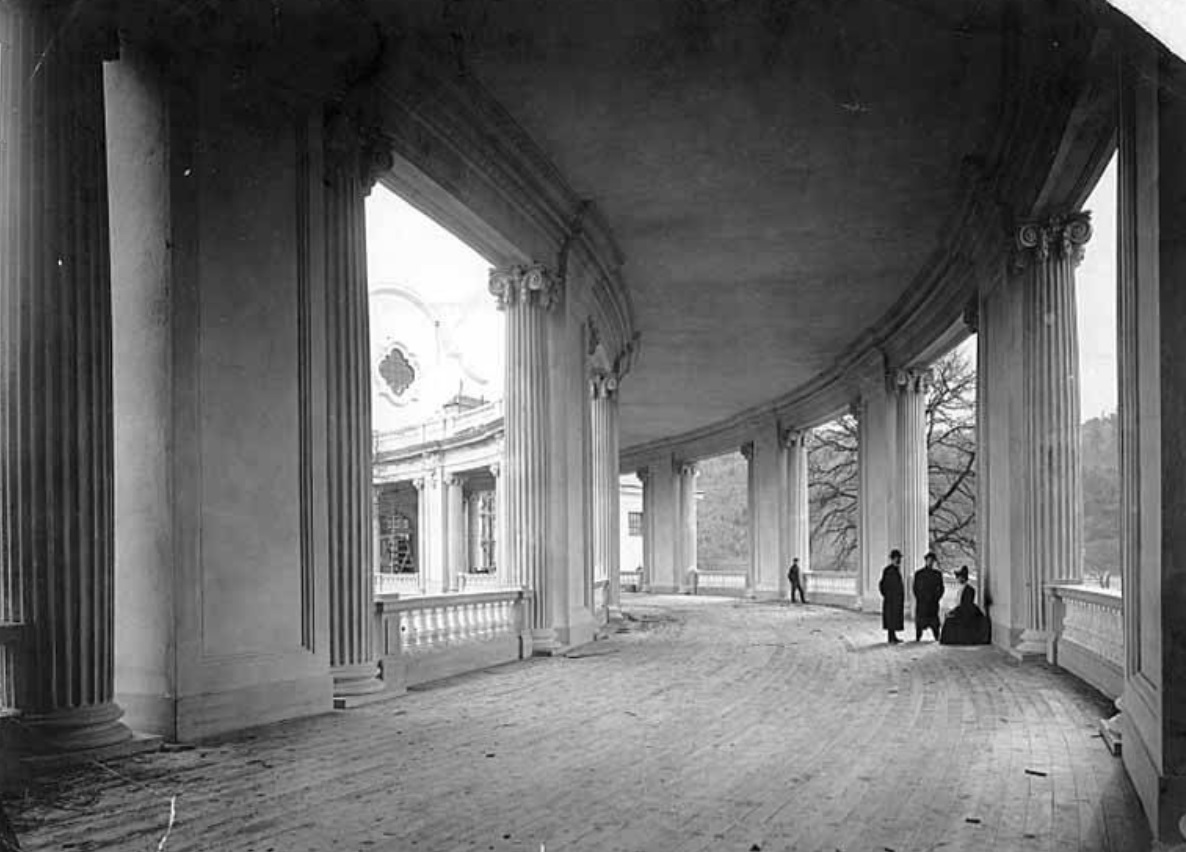 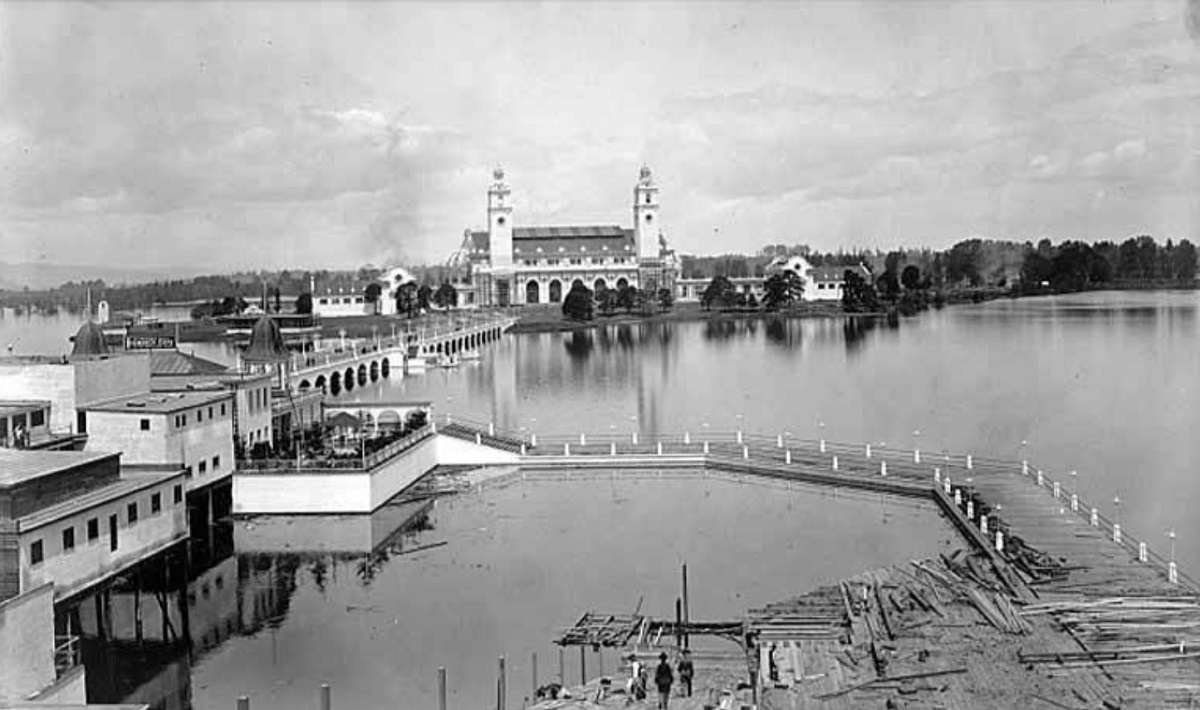 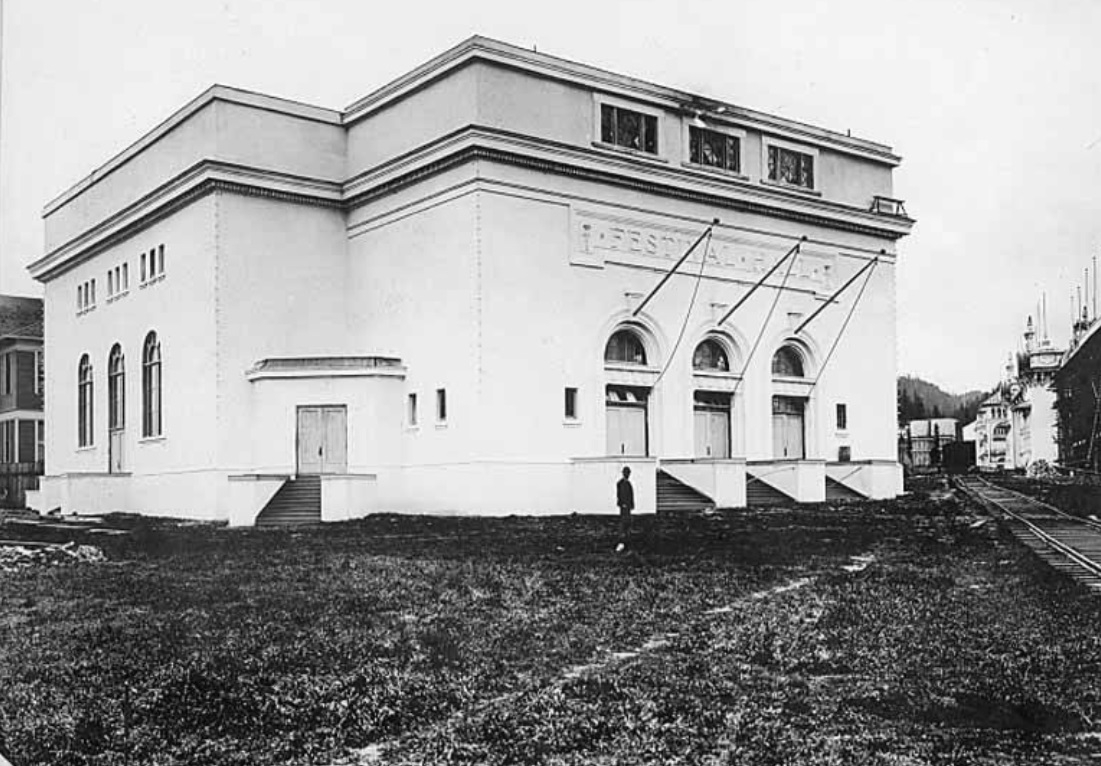 Remington sculpture
with Columbia Court Under Construction in the Background 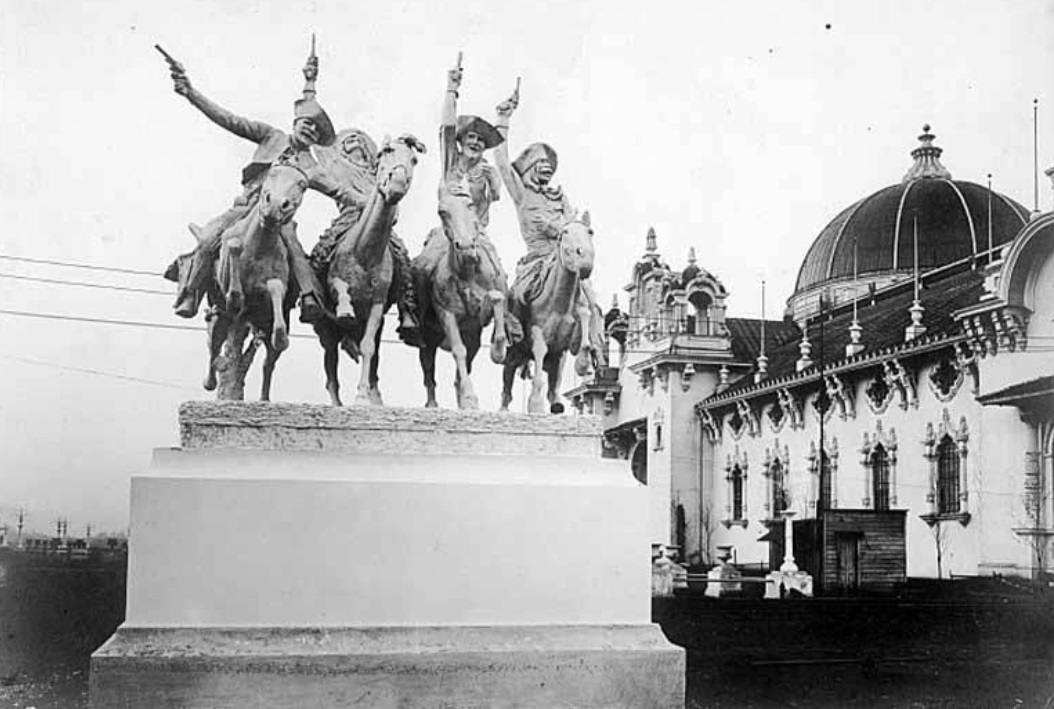 Buildings​
Let's take a look at some of the plaster buildings they had at this expo. I wanted to start with the entrance, because it looks like they had to be capable of building something like that. 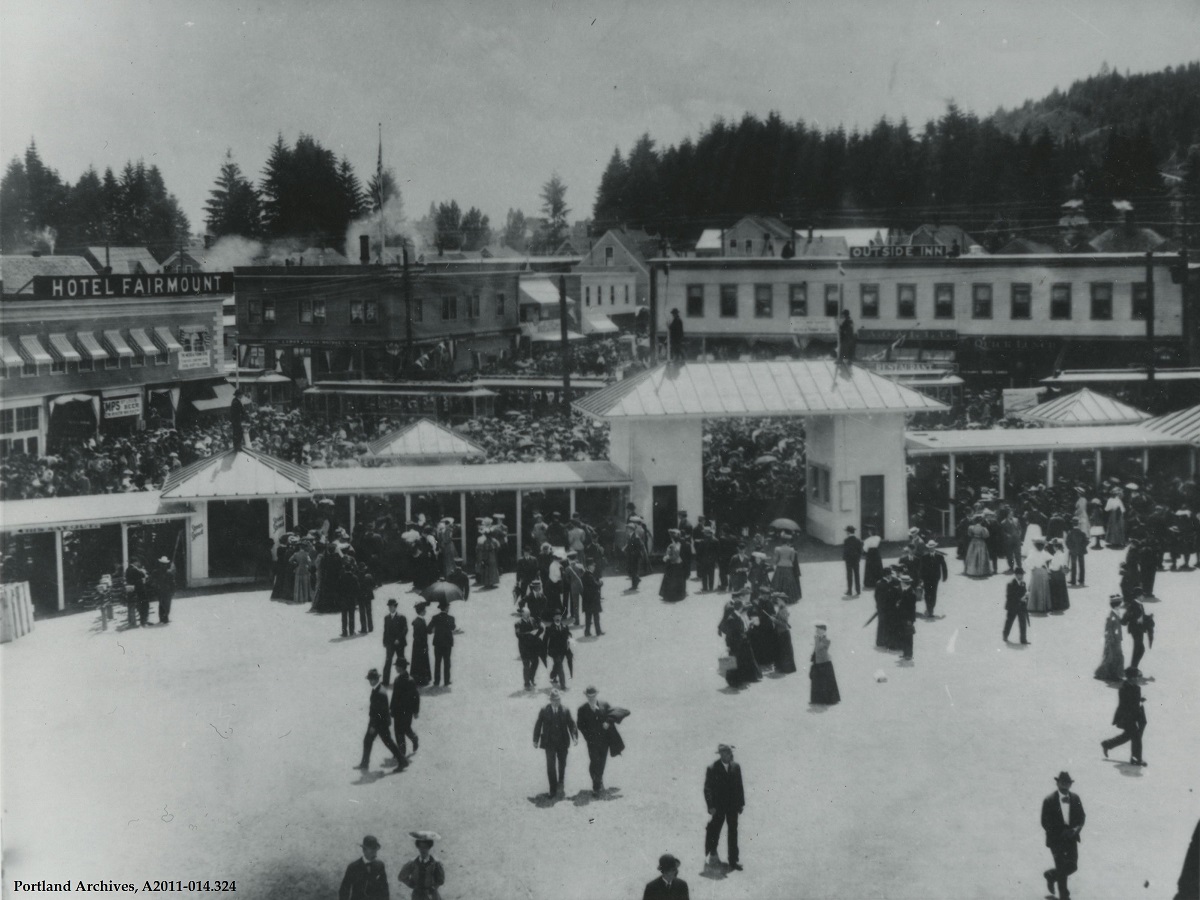 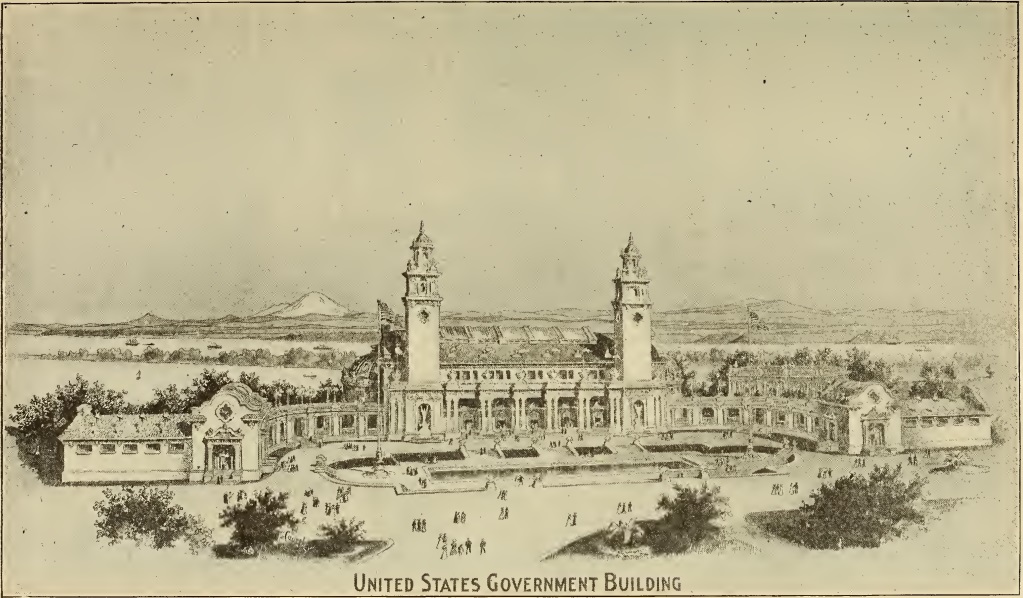 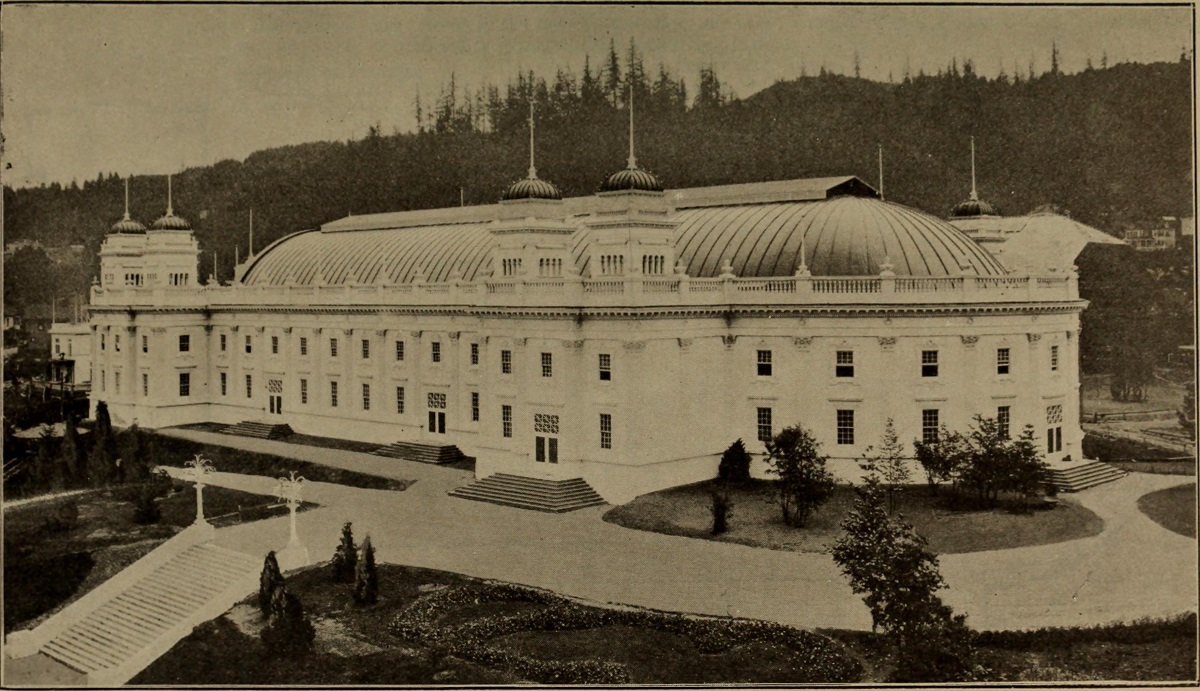 Agriculture Building
- are these people real or painted in? - 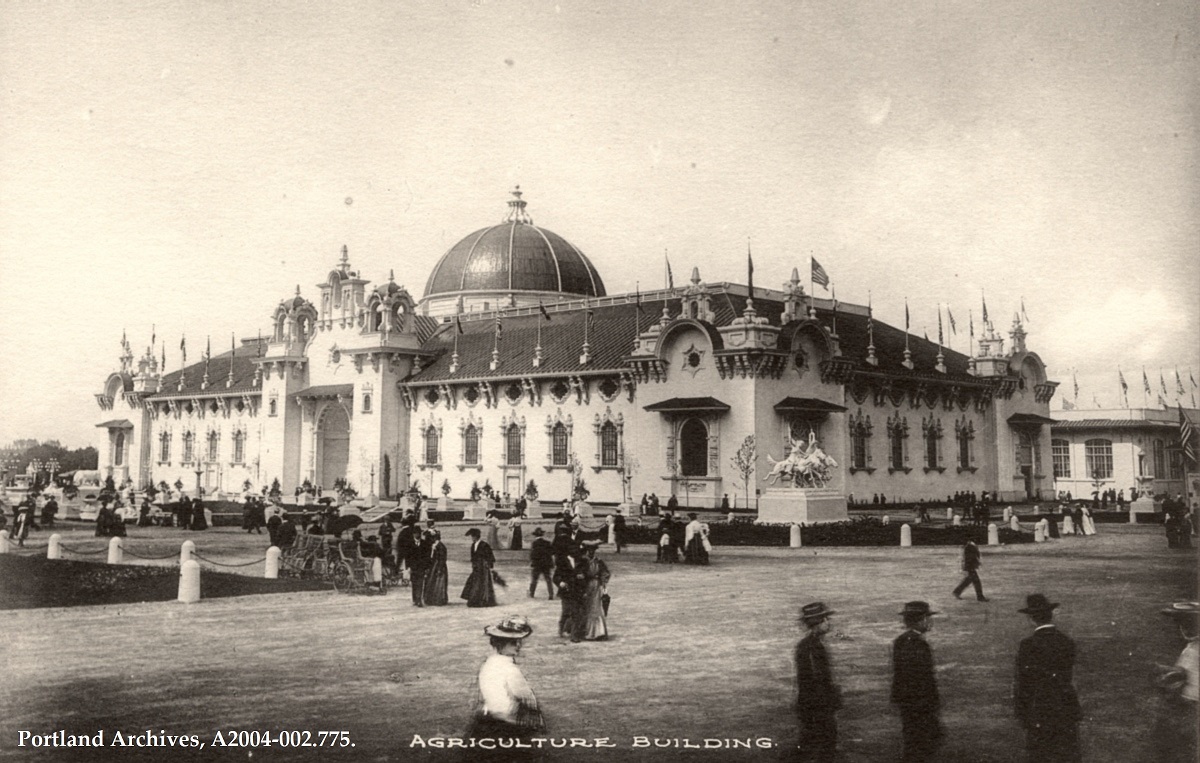 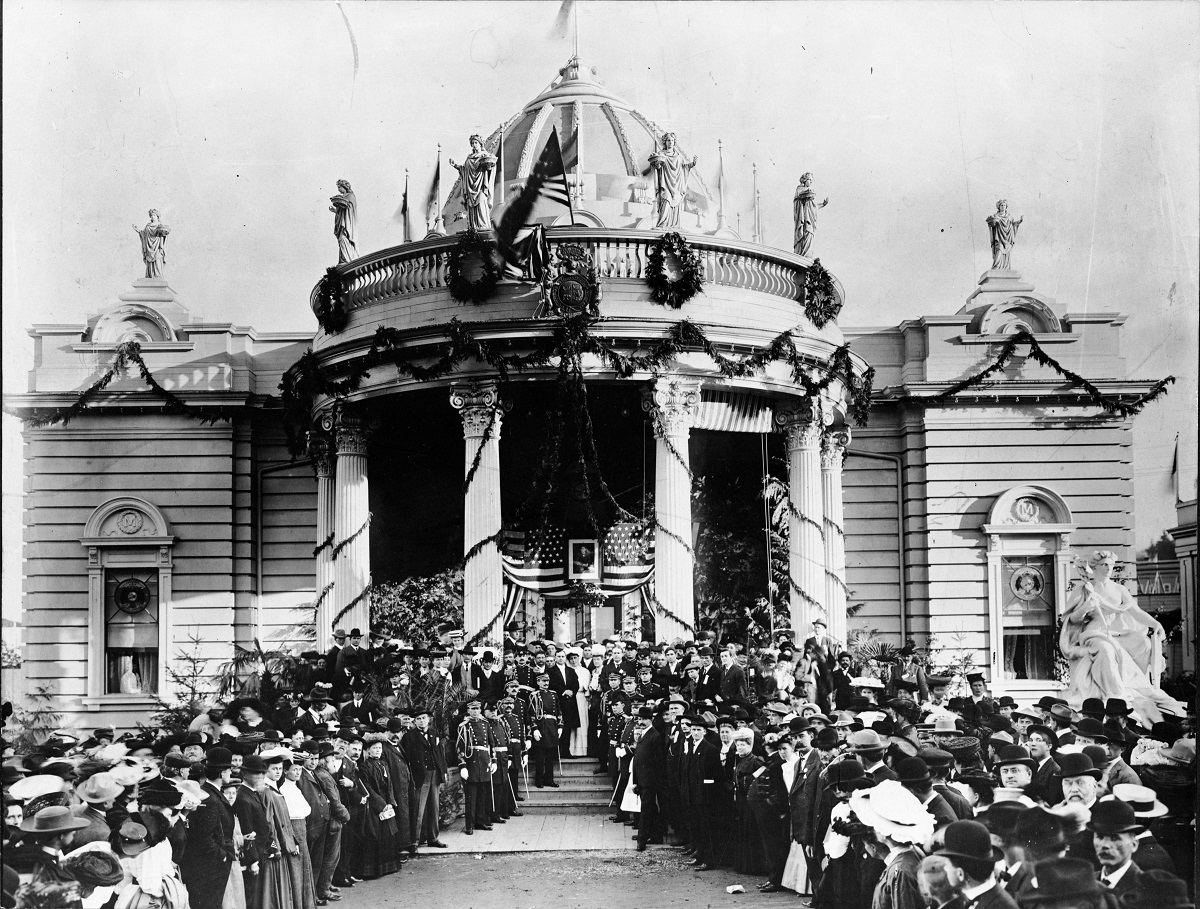 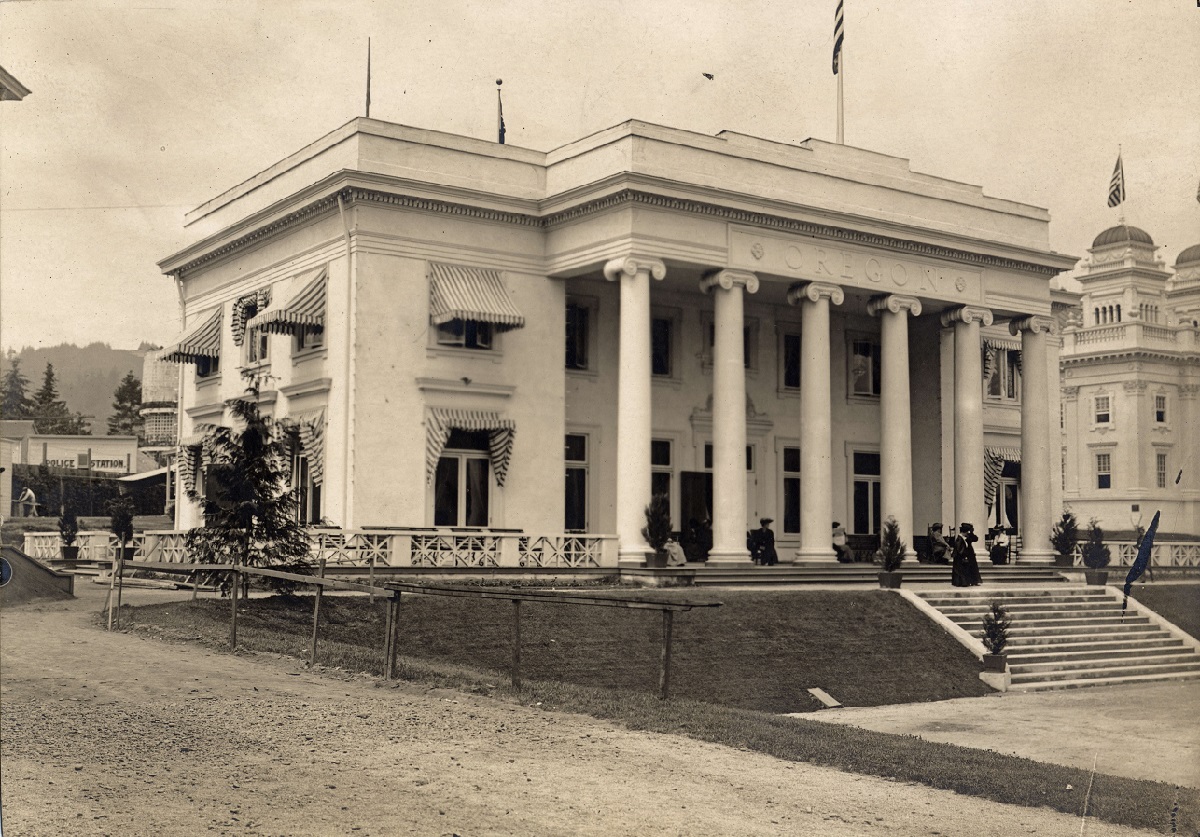 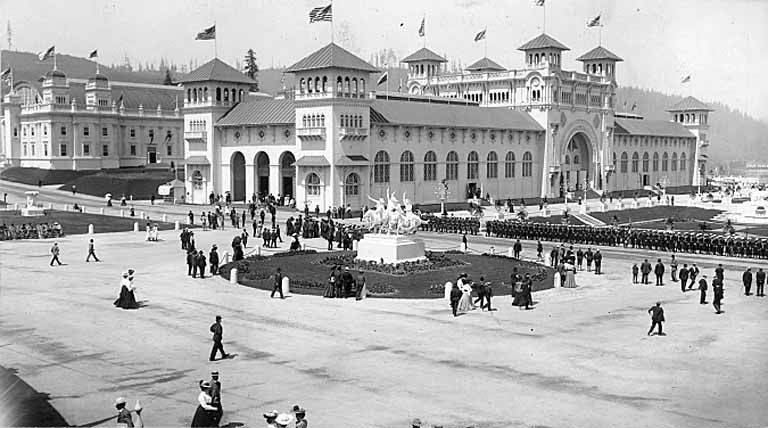 Source​
You can find more similar "plaster" buildings via links below.

People on stairway facing towards Guilds Lake
- did they know that all this stuff was temporary? - 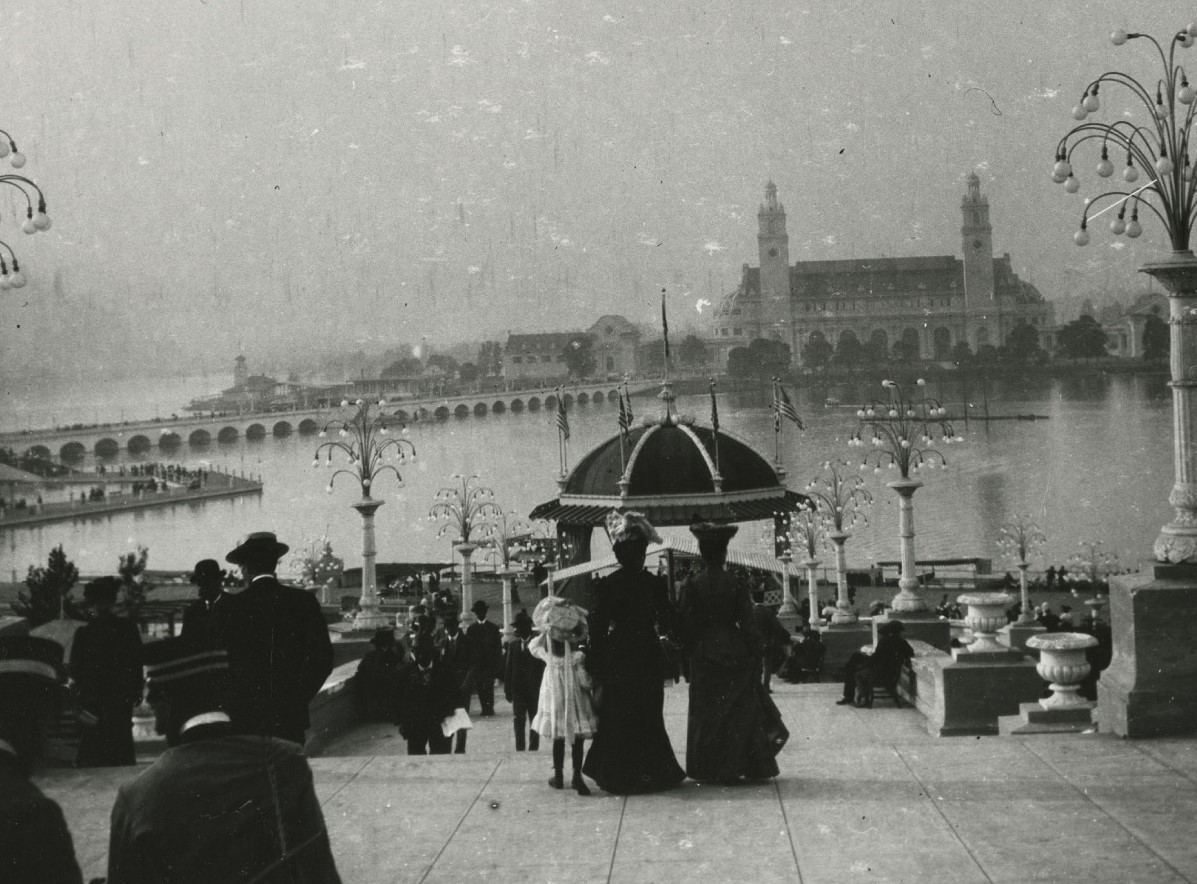 KD: You are welcome to come to you own conclusions why, time and time again, we find ourselves in the exact same situation, which is:
What we have is borderline impossible to explain. Things appear to check out, but when you dig in deep, you end up with this feeling that something is missing. It's like when you have all the pieces of the puzzle, but some of the pieces belong to a different set.

Everyone was just so talented back then. I'd like to see the crappy Expo... you know, the one that didn't quite come together. The buildings aren't quite square, or some of them are just a wall because they ran outta time. But nah, they're all perfect in always about a year all across the world!

Also, I know that it's there because it's literally what it was (or so it's said), but it's still funny to see "Infant Incubator" listed under "Amusements." I mean they even had a "Miscellaneous" section! Seems more appropriate than the category that also includes "Roast Beef" ...

Unusual for such expositions, the Lewis and Clark Centennial Exposition was profitable, turning a gross profit of nearly $85,000. Capital investors received a 21% return on their investments.
Click to expand...

This is a bit off the exact topic, but I have been trying to notice which Expos supposedly turned a profit. I know the Chicago Columbian one did, and I recently was reading about 1888 Glasgow, which did as well, which is a good thing because they were sort of counting on it... to build a permanent art building! (It's logical, the steps to building any real structure are to construct a ton of temporary buildings, get people to visit them for money, then six months later tear down the similar-looking, temporary building in the same location to build a permanent one.)
You must log in or register to reply here.
Similar articles