This is one of those under-the-radar "INSIGNIFICANT" expositions you can only find if you accidentally run into, or are looking for it on purpose. All the buildings here were supposed to be brand new, and the entire "theme-park" was supposed to be brand new. Just like many other expos, the event lost a lot of money. You will, most likely, struggle in locating any construction, or demolition photographs. There is nothing tremendously different from the other expos here. The part which attracted my attention is summarized in the below questions:

The Paganism​
It looks like we can officially say good-bye to the Christianity in the 19th century United States. At least, as far as Expos go, it's nothing but the Paganism. We most definitely could try to justify the obvious, but what do we really see there? Well... unless this is some alternate reality of course.

In 1900, the Charleston Exposition Company was formed and began soliciting funds. There was support from the business community and the South Carolina General Assembly allocated US$50,000, but the Charleston aristocracy felt that the fair was unseemly self-promotion. The Federal government, which had normally contributed funds, did not offer early support. There were no official exhibits from abroad.

Wagener, who was president of the exposition company, suggested that 250 acres (100 ha) of his property on the Ashley River be used for the fair. The company hired a New York architect, Bradford L. Gilbert, who had been supervising architect for the Cotton States Exposition. 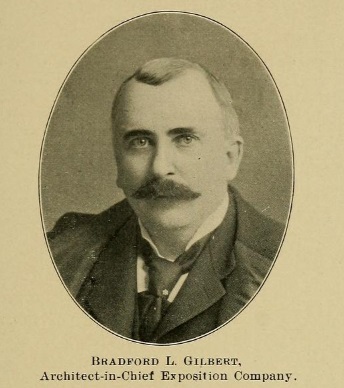 Gilbert chose Spanish Renaissance style with the buildings painted creamy off-white. This led to is being called the "Ivory City." The grounds were divided into an area for Nature and another for Art. The principal buildings were: Administration, Agriculture, Art, Auditorium, Commerce, Cotton Palace, Fisheries, Machinery, Mines and Forestry, Negro, Transportation, and Women's.

The Exhibits​
The Cotton Palace was a 320-foot (98 m) long building with a 75-foot (23 m) tall dome was the focus of the exposition. The other major buildings were the Palace of Commerce and the Palace of Agriculture. There was a Negro Department in its own building. The Woman's Building was in Wagener's Lowndes Grove house.

Twenty different states participated in the exposition.
The grounds were adorned with statuary, among them six original historical groups, situated in the Court of Palaces. Statuary included "The Aztec" by Louis A. Gudebrod, "The Negro" by Charles A. Lopez, and "The Huguenot" by Elsie Ward.

Below is a short two minute video, where I have no idea what people are doing. I guess they could be roaming around enjoying the environment.

The midway had a carnival with thrill rides, a 400-foot (122 m) long painting of the Battle of Manassas, and Eskimo village. There was a Turkish Parlor with imported cigars and a house of horrors. As with similar expositions there were souvenirs for sale, which included commemorative medals, pins, and other trinkets. A miniature railroad of the Miniature Railway Company proved to be one of the most popular attractions and best-paying amusement features on the grounds. The routes touched all points of interest from the Sunken Gardens and the Court of Palaces to the headquarters for hoky-poky.


Controversy​
Note: There was an interesting exchange pertaining to the Cotton Palace on the CivilWarTalk.com forum:

So far, from what I can find The Cotton Palace also served as a Civil War prison for Union prisoners. The thing is, can NOT find much material on the place, it's crazy! For as extensive, amazing and comprehensively fabulous a piece of architecture and engineering it was for the time- not-much. Will have to get into various government library extensions and university presses. For now- there was the Grand Expo, if anyone is interested, and HOPE someone will be! HOPY cow, it was really something! What I want to know is what happened to all these buildings apparently erected expressly for the event?
Click to expand...

It could be that that the lady confused with the building attributed to the Martyrs of the Race Course. The Martyrs story pertains to 260 Union Officers who were held prisoners at the race course, and died there. This here is the club house next to the Race Course. 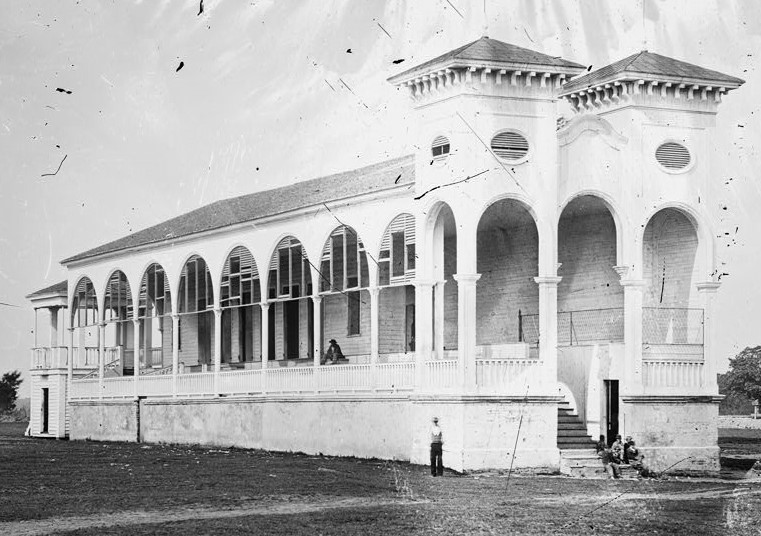 The Race Course​
On the plan of the 1901-02 expo, you can see that a very similar Race Course was incorporated into the premises. Why they would want to celebrate on the graves of the Civil War soldiers is unknown. What do you think? 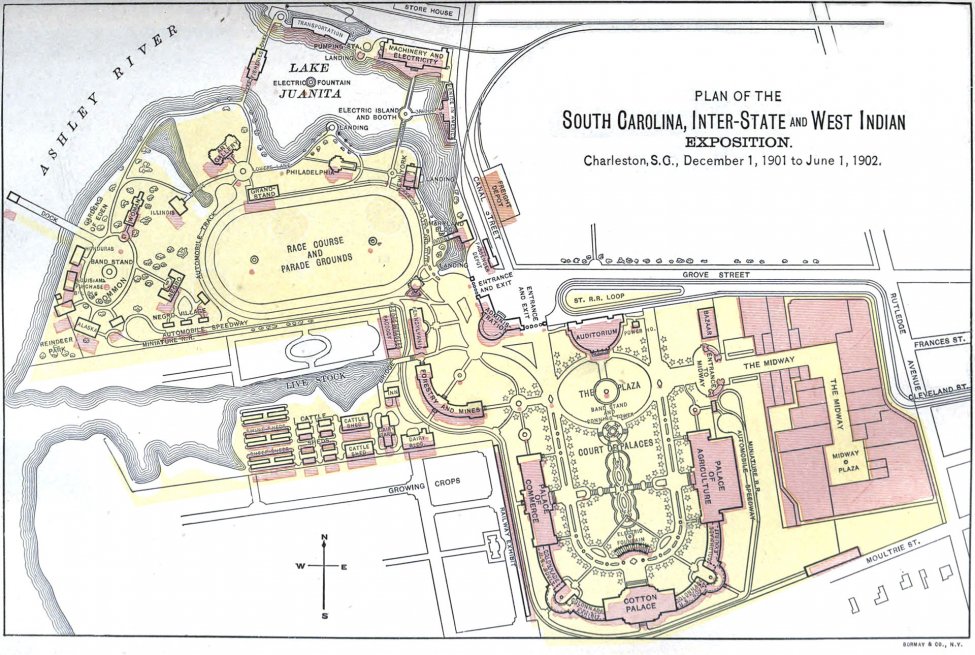 ​
A quick research produced the below map. I am not sure if the above Race Course is in the exact same location with the below Washington Race Course, but both seem to be well within the exposition grounds. 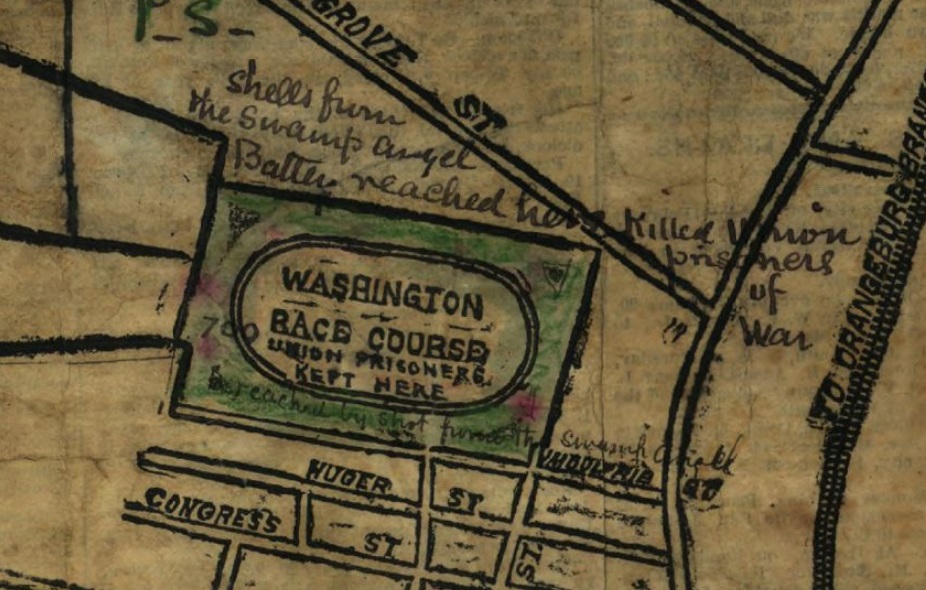 Old Cemetery and Marsh​
Next thing we end up with this 1849 Map of Charleston created by a London based Cartographer in the 18th century. And what do we see in the area where a future 1901-02 Exposition is going to be held? We see this Public Cemetery and Marsh. 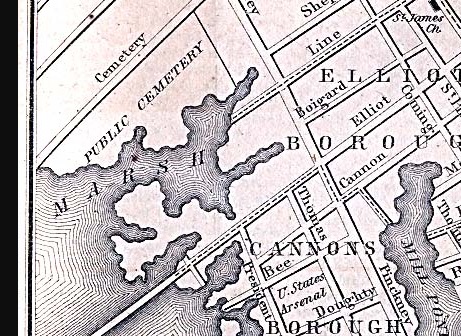 18th Century Map +1
​
Why they needed to possibly pseudo-bury some Civil War soldiers in the area called Public Cemetery could be a good puzzle to solve.


Martyrs of the Race Course 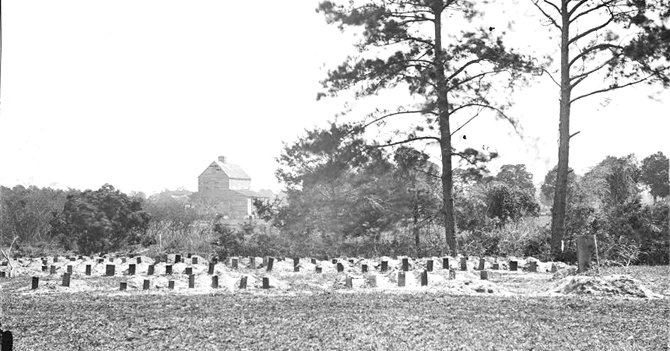 ​
So, did they build the below buildings, and the entire Expo in the Swamp? Or, did they simply renovate the buildings? 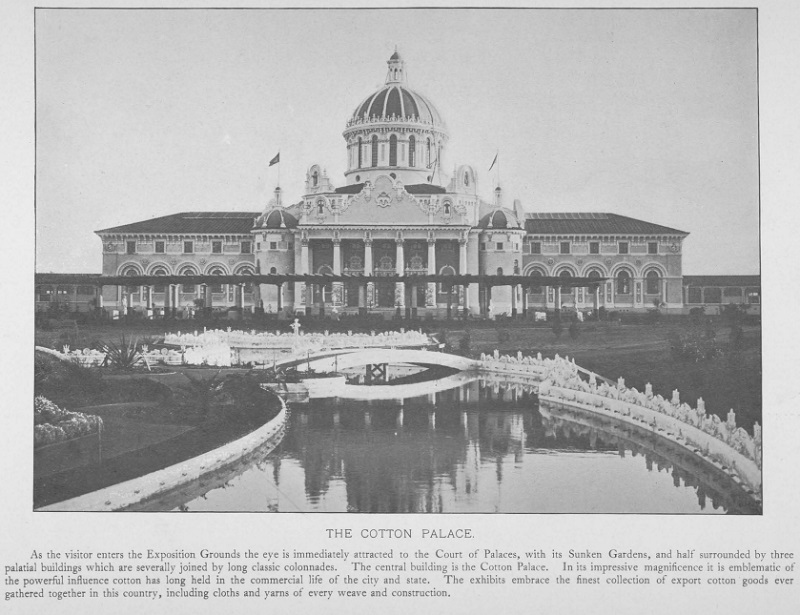 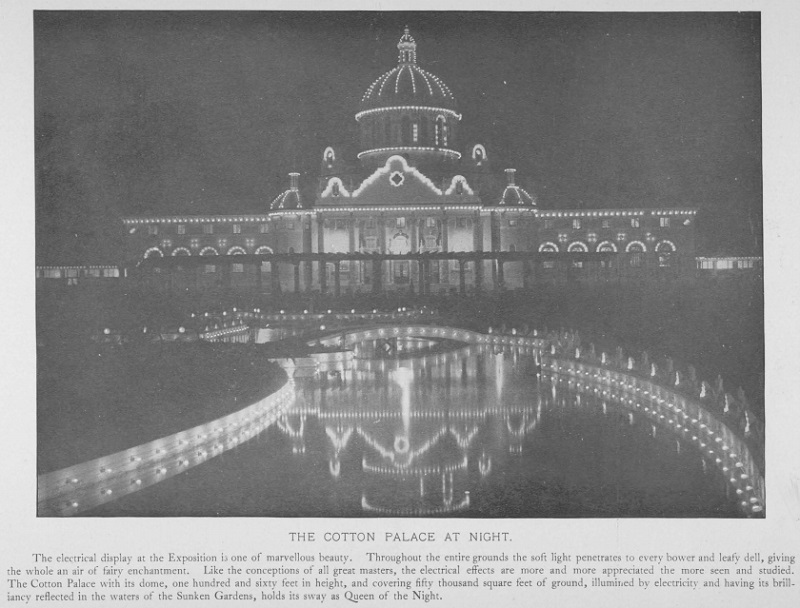 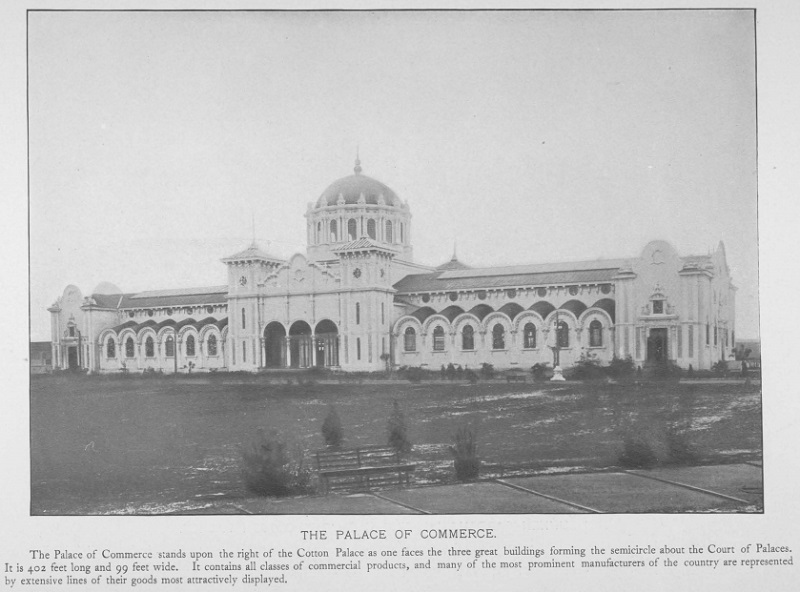 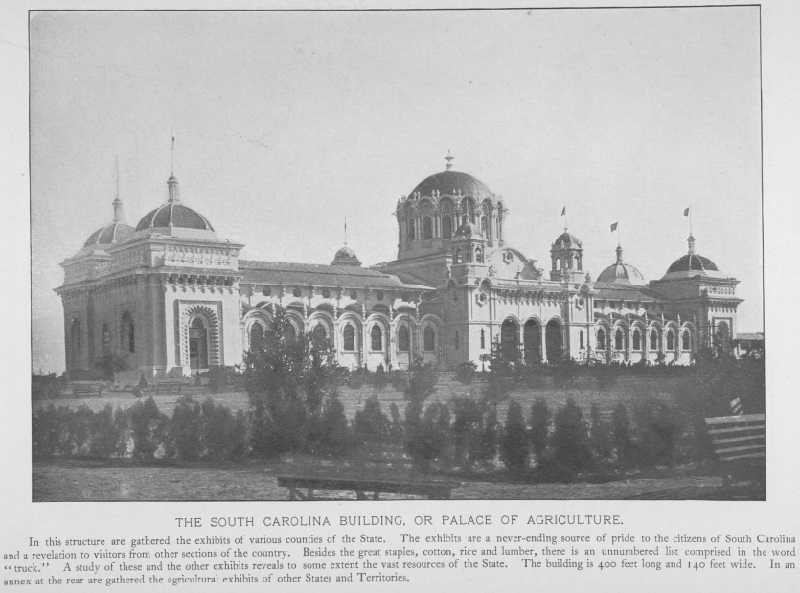 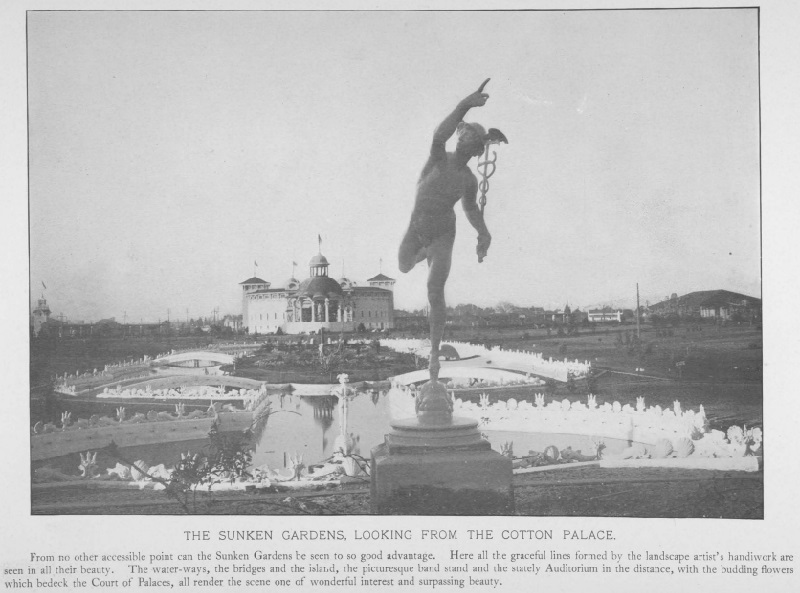 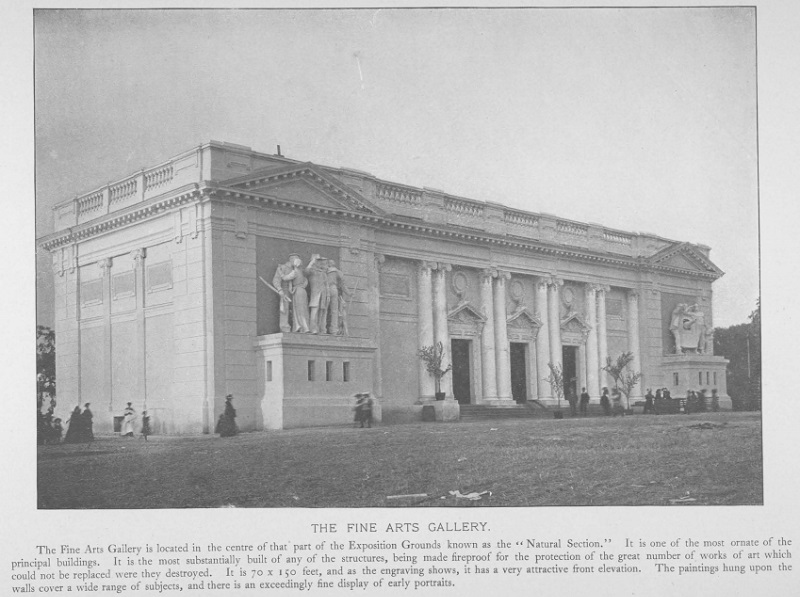 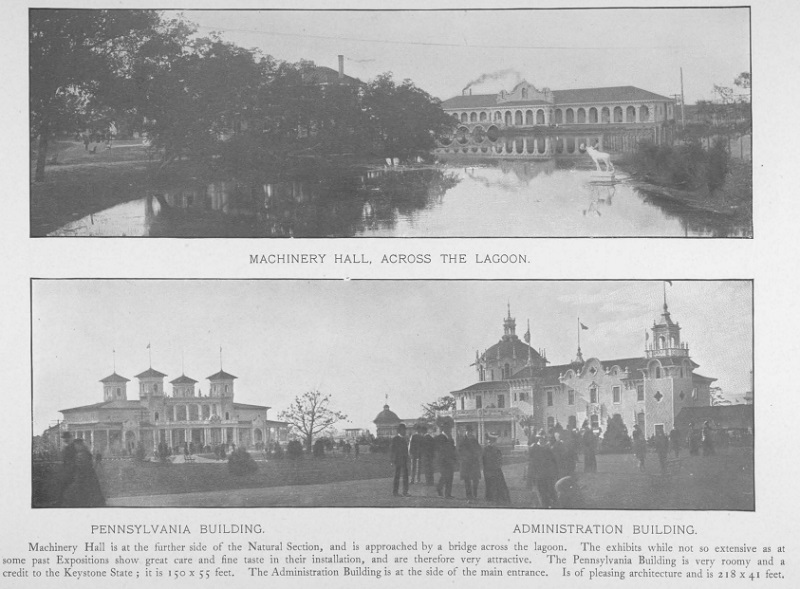 400 Foot Long Painting​
I can only assume that this enormous painting of the 1861 Battle of Manassas (The Second Battle of Bull Run) was housed inside this weird structure, which has a castle entrance painted over. Well, at least it appears that way. You can get a better look here. It's a PDF file, so you should be able to zoom in. Is this a reused water cistern, or what?

The painting was (allegedly) inside of this "beautiful" enclosure. We do not know whether the painting was brought here on canvas, or was painted on the walls. As a matter of fact, it appears, that we do not know much at all. So, I will simply restate the above questions:
And if the painting was destroyed with the expo, what was the justification for such an act of cultural atrocity? 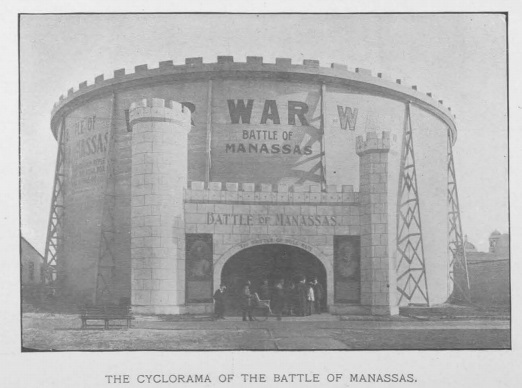 Teddy Roosevelt​
As we know, President Roosevelt visited this Expo. Of course, he was accompanied by some spire-helmeted military dudes, but I was told it was "normal" for the times. 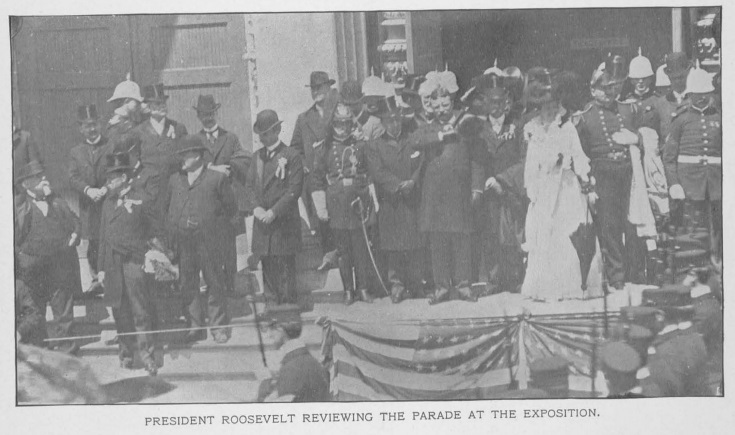 ​
He even gave a speech at this Expo, with that "look at my greatness" dictator-like image of himself in the background. Allegedly of course... 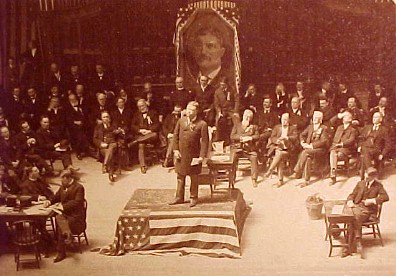 1901-02, or what?​
One other thing I noticed in this wonderful brochure is the lack of anything related to the 1901-02 technology. As a matter of fact, it appears that we could date it back to 1850s, and the images would still fit in. Apart from a couple of trams there is nothing. At least that's my opinion at the moment.

KD: Anyways, you make your own conclusions on this one. Personally, I think the stuff is mighty weird.

Sources:
P.S. Almost forgot... in the below 1864 map we can see a bridge (or two) going from Charleston to the Wappo area. Are we supposed to have this stuff up there in 1864? 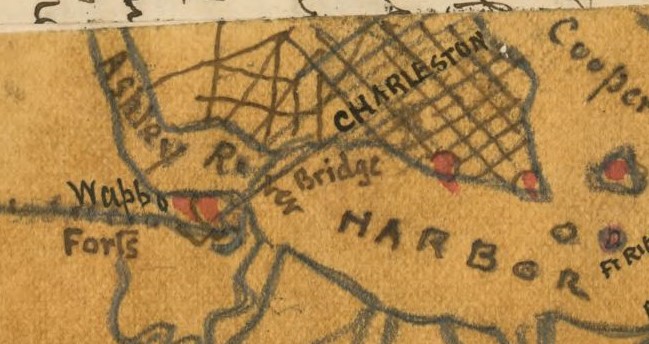