The Coliseum was commissioned in 1921 as a memorial to L.A. veterans of World War I (rededicated to all United States veterans of World War I in 1968). The groundbreaking ceremony took place on December 21, 1921, with construction being completed in just over 16 months, on May 1, 1923. Designed by John and Donald Parkinson, the original bowl's initial construction costs were $954,873. When the Coliseum opened in 1923, it was the largest stadium in Los Angeles with a capacity of 75,144. In 1930, however, with the Olympics due in two years, the stadium was extended upward to seventy-nine rows seats with two tiers of tunnels, expanding the seating capacity to 101,574. The now-signature Olympic torch was added. For a time it was known as Olympic Stadium.

Was wondering whether we had any construction photographs of this stadium without the arches you can see in the image below. As in, when arches were not yet built.

​
We most likely do have earlier stages somewhere, for I did not look long enough at all. It's just no earlier stage popped up right away. 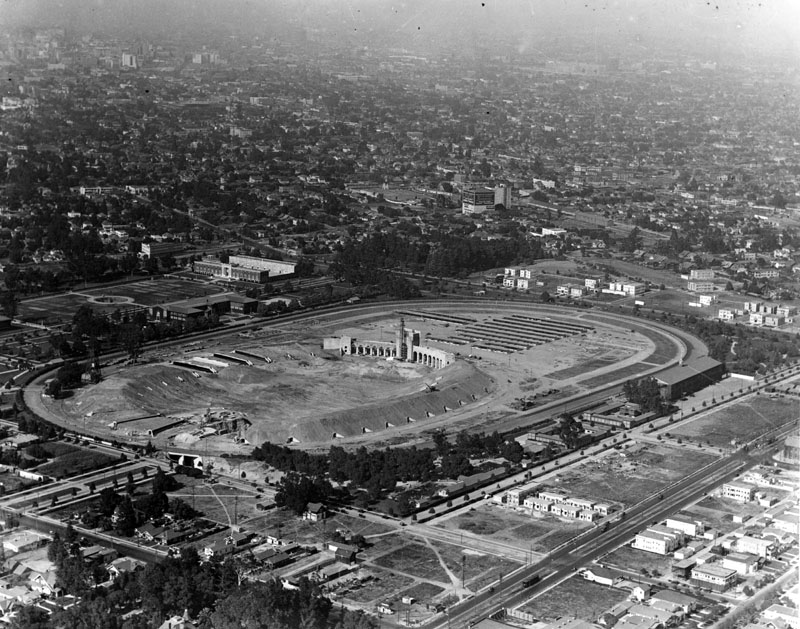 And who were these architect guys? Any pictures of the son Donald?