An electric train which travels on steel balls instead of wheels has been tested in Russia with remarkable success. The speedy train, which was designed by a young Soviet engineer named Yarmolshuk, resembles a giant reptile weaving about the countryside.
Huge balls under each car roll on a single concave concrete track, greatly reducing rolling friction. Gyroscopes in each car keep the train balanced even on the sharpest curves, and curved guards along the track prevent the train from tipping. 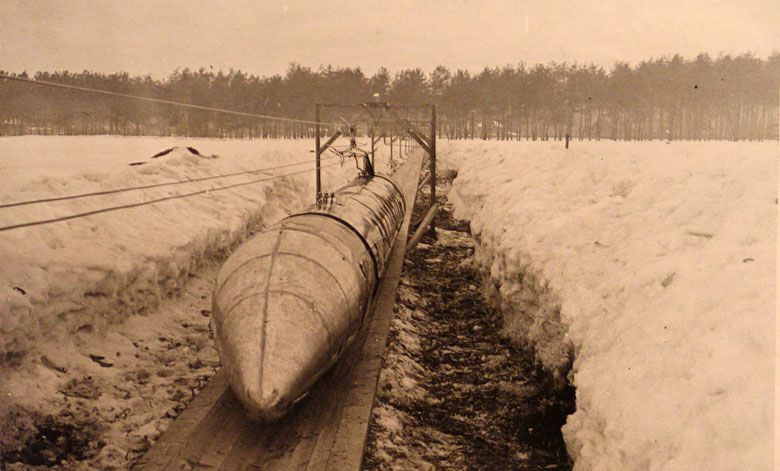 ​
Google translation, "In the first version of the project, the author proposed the use of wagons of a completely new design. The car body must have a spherical shape and accommodate all the necessary units, including the power unit and the passenger cabin. The outer surface of the housing had to perform the functions of the supporting surface and contact the tray. With this design, the car could move around the tray at a high speed, while maintaining optimal roll due to a timely tilt at the entrance to the turns. To save space and achieve the maximum possible characteristics, it was proposed to equip the new transport with electric motors." 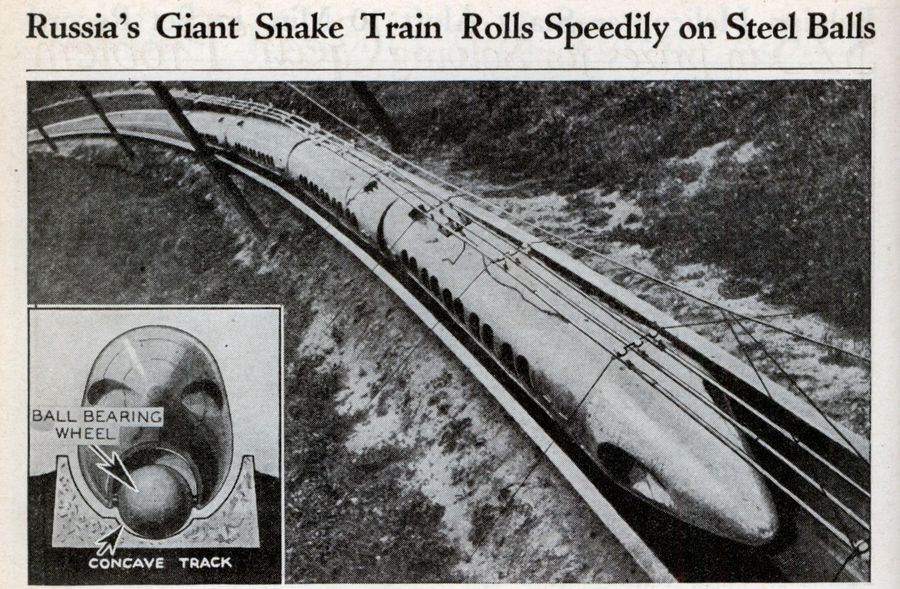 ​
The modified version of the balloon train, according to the calculations of the author, could develop a speed of about 300 km/h and transport up to 110 passengers. Thus, it was possible to get from Moscow to Leningrad in just a couple of hours, and the way from the capital to Irkutsk would take just over a day, not a week, as on existing trains. The updated version of the project had a significant advantage over the "classical" trains in speed and surpassed passenger aviation in terms of carrying capacity. 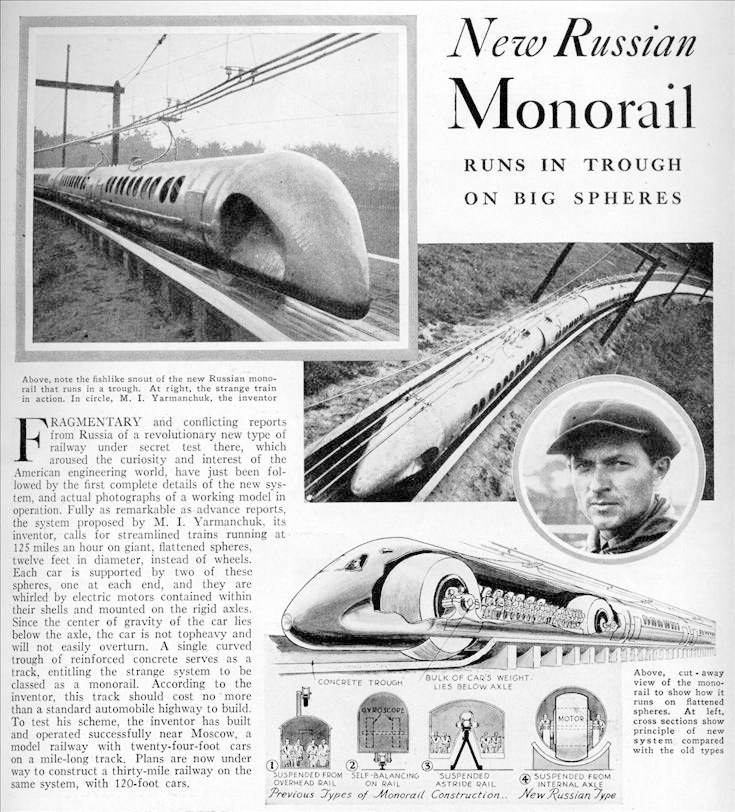 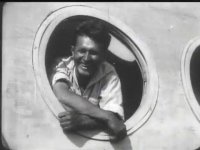 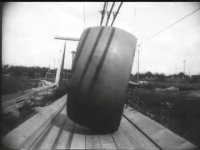 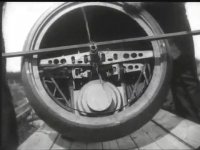 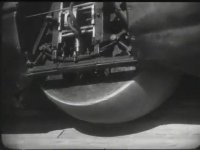 ​
However, the expectations of the press and citizens were not justified. At the end of 1934, the new station did not open its doors to passengers, and the new ball-and-electric trains did not take them to work. Moreover, the track and the station did not even begin to be built. Before the construction of the route and associated infrastructure, the specialists again checked the prospective project and came to the conclusions that led to its abandonment. The calculated speeds and capacity of the cars, as well as other advantages of the new transport, looked attractive, but in the proposed form it had a lot of shortcomings. First of all, it was the complexity of the construction of both the SHAL train itself and the tracks for it. For example, the use of a ferro-concrete trail-route made it possible to reduce metal costs, but complicated construction and required the deployment of additional production facilities. Serial construction of new trains also required appropriate efforts and costs.

The train moved on ball-shaped wheels with built-in electric motors, which were located in semicircular timber troughs. A 1/5th scale model of the train was built to test the concept, and traveled at speeds of up to 70 km/h. It was assumed that the full-scale design would reach speeds of up to 300 km/h, running on concrete tracks.


What?​
The combination of technical, technological, operational and economic difficulties and problems led to the closure of the project, which several months earlier was considered not only promising, but also capable of radically changing the face of transport. Construction of the first Moscow-Noginsk route was curtailed soon after the start, no later than the first weeks of 1934.

KD: Was this another failed attempt to recreate somebody else's technology?
Click to expand...