Richard Sharpe Shaver was an American writer and artist. He achieved notoriety in the years following World War II as the author of controversial stories that were printed in science fiction magazines (primarily Amazing Stories), in which he claimed that he had had personal experience of a sinister, ancient civilization that harbored fantastic technology in caverns under the earth. The controversy stemmed from the claim by Shaver, and his editor and publisher Ray Palmer, that Shaver's writings, while presented in the guise of fiction, were fundamentally true. Shaver's stories were promoted by Ray Palmer as "The Shaver Mystery".

During the last decades of his life, Shaver devoted himself to "rock books" - stones that he believed had been created by the advanced ancient races and embedded with legible pictures and texts. He produced paintings based on the rock images and photographed the rock books extensively, as well as writing about them. Posthumously, Shaver has gained a reputation as an artist and his paintings and photos have been exhibited in Los Angeles, New York and elsewhere. 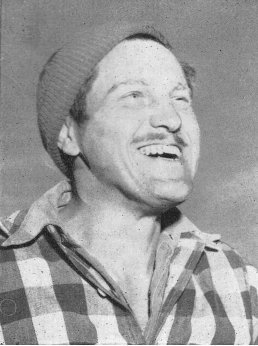 The Shaver Mystery​
During 1943, Shaver wrote a letter to Amazing Stories magazine. He claimed to have discovered an ancient language he called "Mantong", a sort of Proto-Human language that was the source of all Earthly languages. In Mantong, each sound had a hidden meaning, and by applying this formula to any word in any language, one could decode a secret meaning to any word, name or phrase. Editor Ray Palmer applied the Mantong formula to several words, and said he realized Shaver was onto something.

According to Palmer (in his autobiography The Secret World), Palmer wrote back to Shaver, asking how he had learned of Mantong. Shaver responded with an approximately 10,000-word document entitled "A Warning to Future Man". Shaver wrote of extremely advanced prehistoric races who had built cavern cities inside the Earth before abandoning Earth for another planet due to damaging radiation from the Sun. Those ancients also abandoned some of their own offspring here, a minority of whom remained noble and human "Teros", while most degenerated over time into a population of mentally impaired sadists known as "Deros" - short for "detrimental robots". Shaver's "robots" were not mechanical constructs, but were robot-like due to their savage behavior. 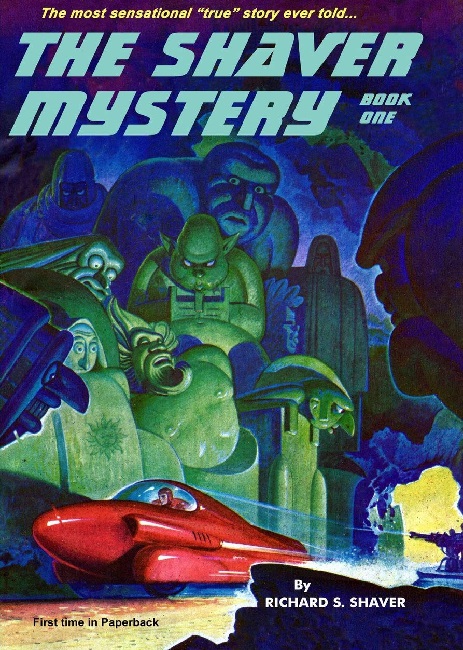 These Deros still lived in the cave cities, according to Shaver, kidnapping surface-dwelling people by the thousands for meat or torture. With the sophisticated "ray" machinery that the great ancient races had left behind, they spied on people and projected tormenting thoughts and voices into our minds (reminiscent of schizophrenia's "influencing machines" such as the Air loom). Deros could be blamed for nearly all misfortunes, from minor "accidental" injuries or illnesses to airplane crashes and catastrophic natural disasters. Women especially were singled out for brutal treatment, including rape, and Mike Dash notes that "ado-masochism was one of the prominent themes of Shaver's writings". Though generally confined to their caves, Shaver claimed that the Deros sometimes traveled with spaceships or rockets, and had dealings with equally evil extraterrestrial beings. Shaver claimed to possess first-hand knowledge of the Deros and their caves, insisting he had been their prisoner for several years.

Palmer edited and rewrote the manuscript, increasing the total word count to a novella length of 31,000. Palmer insisted that he did not alter the main elements of Shaver's story, but that he only added an exciting plot so the story would not read "like a dull recitation". Retitled "I Remember Lemuria!"; it was published in the March 1945 issue of Amazing. The issue sold out, and generated quite a response: between 1945 and 1949, many letters arrived attesting to the truth of Shaver's claims (tens of thousands of letters, according to Palmer). The correspondents claimed that they, too, had heard strange voices or encountered denizens of the Hollow Earth. One of the letters to Amazing Stories was from a woman who claimed to have gone into a deep subbasement of a Paris, France building via a secret elevator. After months of rape and other torture, the woman was freed by a benevolent Tero. Another letter claiming involvement with Deros came from Fred Crisman, later to gain notoriety for his role in the Maury Island Incident and the John F. Kennedy Assassination. "Shaver Mystery Club" societies were created in several cities. The controversy gained some notice in the mainstream press at the time, including a mention in a 1951 issue of Life magazine. 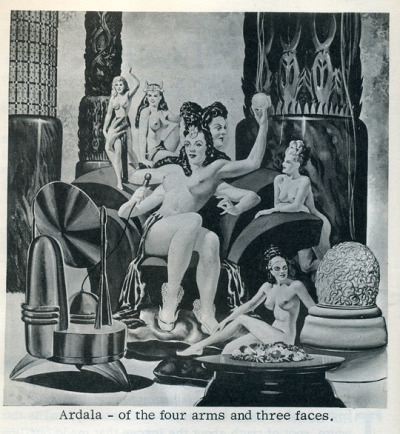 From 1945 to 1948, Barkun notes that about 75% of the issues of Amazing Stories featured Shaver Mystery content: sometimes to the near-exclusion of any other topic. Historian Mike Dash declares that "Shaver's tales were amongst the wildest ever spun, even in the pages of the pulp science fiction magazines of the period". He also published in Other Worlds magazine; the first issue featured his story "The Fall of Lemuria".

Many science fiction fans felt compelled to condemn the Shaver Mystery as "the Shaver Hoax". These fans, already distressed by Palmer's shift away from the literary or hard science fiction of earlier years to often slapdash space opera, organized letter-writing campaigns to try to persuade the publishers of Amazing Stories to cease all Shaver Mystery articles. In fact, Palmer printed a number of critical or skeptical letters sent to Amazing Stories, and he and other contributors occasionally rebutted or replied to such letters in print. As Bruce Lanier Wright notes, "[t]he young Harlan Ellison, later a famously abrasive writer, allegedly badgered [Palmer] into admitting that the Shaver Mystery was a 'publicity grabber'; when the story came out, Palmer angrily responded that this was hardly the same thing as calling it a hoax". Dash writes that the "critics of the 'Shaver Mystery' were quick to point out that its author was suffering from several of the classic symptoms of paranoid schizophrenia, and that many of the letters pouring into Amazing recounting personal experiences that backed up the author's stories patently came from the sorts of people who would otherwise spend their time claiming that they were being persecuted by invisible voices or their neighbor's dog".

During 1948, Amazing Stories ceased all publication of Shaver's stories. Palmer would later claim the magazine was pressured by sinister outside forces to make the change: science fiction fans would credit their boycott and letter-writing campaigns for the change. The magazine's owners said later that the Shaver Mystery had simply run its course and sales were decreasing.

The Shaver Mystery Clubs had surprising longevity: representatives of a club discussed the Shaver Mystery on John Nebel's popular radio show several times through the late 1950s. Nebel said he thought the discussion was entertaining, but in extant recordings he was also skeptical about the entire subject.

Even after the pulp magazines lost popularity, Palmer continued promoting the Shaver Mystery to a diminishing audience via the periodical The Hidden World. Lanier describes the magazine as "Shaver in the raw" with little of Palmer's editing. Shaver and his wife produced the Shaver Mystery Magazine irregularly for some years.

KD: Above is nothing but a short summary from the related Wiki page. Was just wondering what opinions about this Shaver's Mystery our blog readers might have.

This book is extremely important. Already it explains/links together quite a few main ideas in just this one portion alone.
Please read the attached before my conclusion.
Explanation: The word ‘Ro-man’. That people were slaves, but happy? Able to do amazing structures? The temples? All of it comes together linguistically and historically through this simple explanation.
Like we say if we don’t understand it it’s essentially magic, we speak about the matrix, trying to understand how people are like zombies and not understanding how?
I will read rest of text and add more commentary, but I would say that I will miss a lot because I’m still learning from y’all.
Thank you. 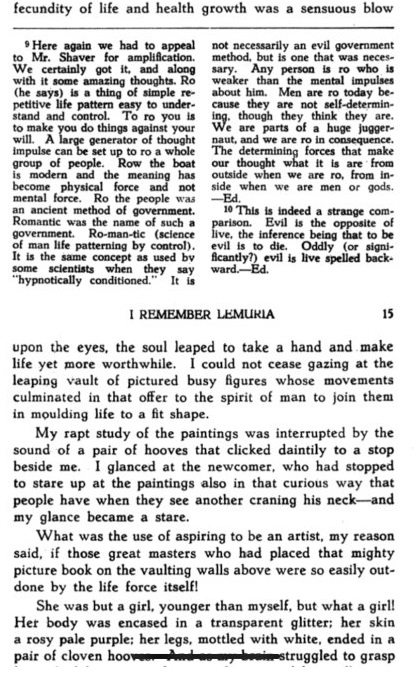 KD/All you have to read this book if you haven’t yet! It’s like all your theories combined. My mind is blown!
Primarily because you came to these same conclusions without reading it!
You must log in or register to reply here.
Similar articles