Some things are funnier than the other ones. The description, and interpretation of this Madaba Map is beyond any common sense. Check it out yourself, examine the below image. I was laughing so hard, my wife came down from upstairs to ask what was up.

The mosaicist conceived and carried out his masterwork with great topographical skill and biblical knowledge. The Madaba Mosaic map is deemed by some scholars to be the best topographic representation ever done before modern cartography. As a source of biblical topography the map is fully comparable with the well-known treatise on the biblical places written in Greek about 395 A.D. by the historian Eusebius of Caesarea and translated into Latin by Jerome about 490 A.D. 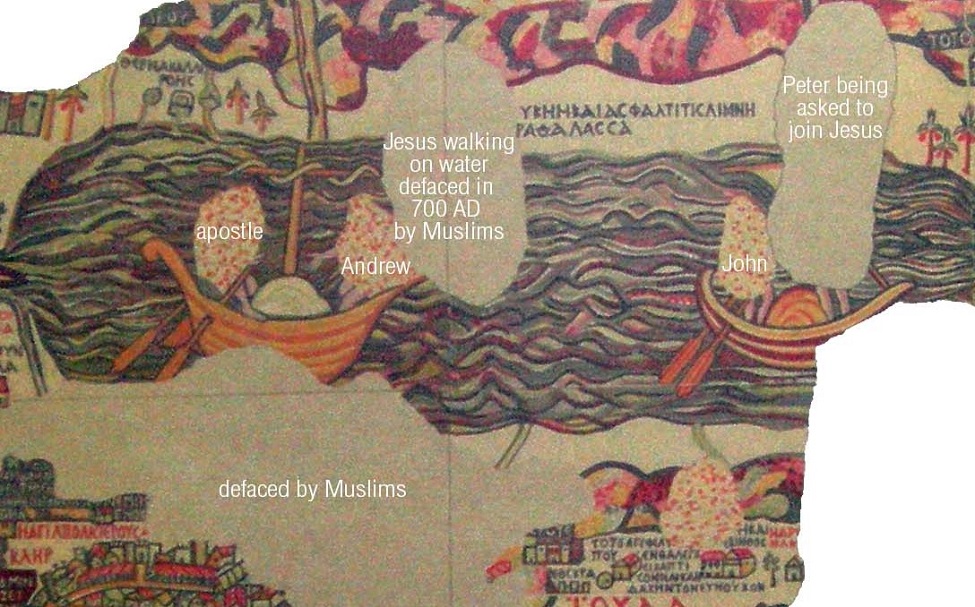 ​
Judging by the map, Peter, John and Andrew were butt naked in them boats.I have to tell you, that those Muslims were wild... real barbarians... covered the nudity...

The Madaba Map​
The Madaba Map, is part of a floor mosaic in the early Byzantine church of Saint George in Madaba, Jordan. The Madaba Map is of the Middle East, and part of it contains the oldest surviving original cartographic depiction of the Holy Land and especially Jerusalem. It dates to the 6th century AD. 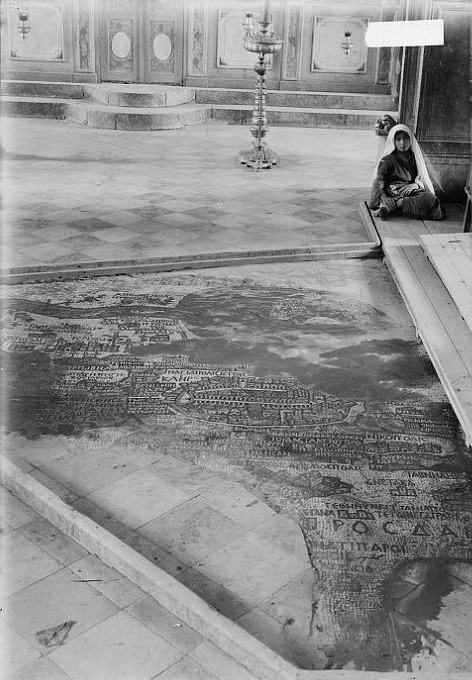 When was it discovered?
pre-1896?​
It seems so, and most likely was,for we have texts like the below 1906 book, clearly informing us that it was found pre-1897. 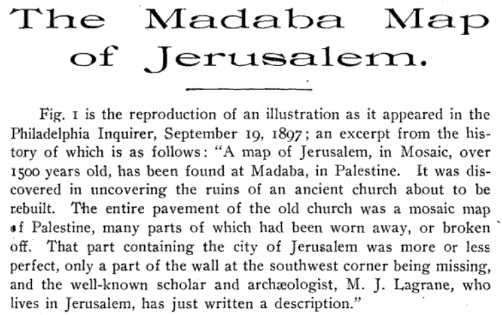 Source​
But then we have some super responsible historian claiming that it was discovered in 1918. What is it, inattention, indifference, a different mosaic map, or outright lies? 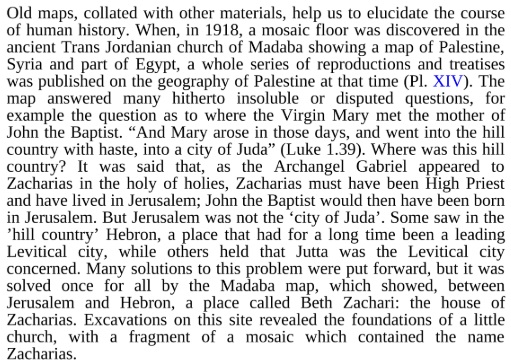 Copies of the Madaba Map​
This is probably my favorite part. A copy of the map is in the collection of the Archaeological Institute at Göttingen University. It was produced during the conservation work at Madaba in 1965 by archaeologists of the Rheinisches Landesmuseum, Trier. A copy produced by students of the Madaba Mosaic School is in the foyer of the Akademisches Kunstmuseum at Bonn. The lobby of the YMCA in Jerusalem has a replica of the map incorporated in the floor.

KD: If Muslims had such a big issue with Jesus walking on water, wouldn't they mess up the entire map? If anything, it demonstrates that it does not matter what the actual depiction was. It's the accompanying narrative that counts.
Click to expand...