Babylon, Baghdad, Lake Tharthar: what and where was the real Babylon?

This article is on how our main stream historians assist in hiding the truth. I have hard time believing that professionals, fully emerged in what I am about to present, failed to notice the discrepancies in the PTB narrative. At some point professionals with integrity had to notice that what they were taught was a lie. I understand that job security means a lot for most, but certain truths would have gotten leaked under the guise of conspiracy theories. Where are conspiracy theories on this?

Today I wanted to talk about the Middle East region:

Babylon - Meaning​
Once you emerge yourself in something specific, you start noticing things. You pick up on weirdness and inconsistencies, you start recognizing patterns. At some point I was surprised to see ancient Babylon being placed in Cairo. At that time I thought that Babylon was a city name.

The above hypothesis of ancient Babylon being located in today's Cairo sounds rather crazy. At the same time the maps presented in the below article do make us question the narrative:
As you can see, all of the above-mentioned Cairo-Babylon maps are dated with 1500s. For me this indicates that back in the 16th century the mapmakers knew that Cairo used to be Babylon. Well, may be the proper way would be THE Babylon.


Babylon - Etymology​
I think the word Babylon is not a city name. Could it be that "Babylon" means something we run into in our every day lives. Let's look at the etymology of the word:
Essentially, the meaning could be similar to that of an Airport or a Capital City. Here is why I picked these two words:
Personally I'm inclined to think that we are talking about a Capital City here. Let's look at some Russian Capitals for example:

Babylon: Airport vs Capital​
I do not think that "the gate of the Gods" could mean an airport type facility only. I think Gods could fly or travel to wherever they wanted, and were not limited by airports. If they indeed had airports, they would have to have a "Babylon" in about every city on Earth. In other words "olim Babylon" would have to be next to just about every ancient city. That we definitely do not see on the maps. Yet, Cairo used to be Babylon, or a Babylon.

Control Center of the Gods: I'm inclined to think along the lines of a Capital City, or a "Control Center" of sorts. In this case Cairo was the Babylon while Gods ruled from Cairo. When Gods moved their control center to a different place, that place would automatically become the Babylon.


The Gods​
Marduk was the patron god of Babylon, the Babylonian king of the gods, who presided over justice, compassion, healing, regeneration, magic, and fairness, although he is also sometimes referenced as a storm god and agricultural deity. He had as many as 50 different titles. He was sometimes pictured with his pet dragon. 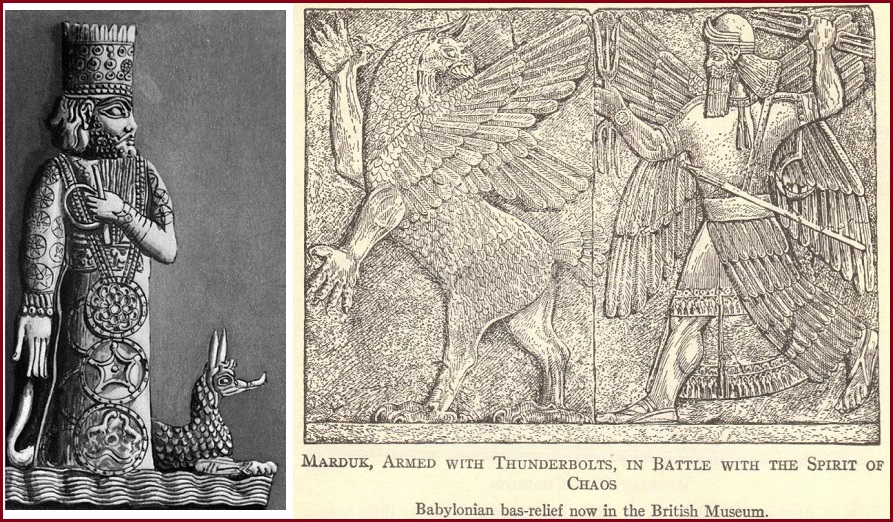 And regardless of whether we have Marduk or Shamash in the image below, these Gods appear to be a bit bigger than the Kings, and images of the Kings and such suggest that they were much bigger than regular humans. 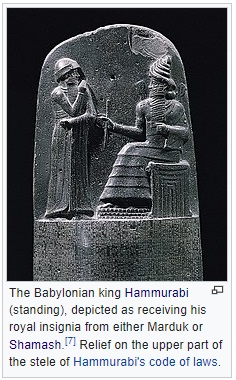 Off the wall thought: I have not looked into it, but even a remote possibility of the below could power some investigations.


The Tower of Babel? 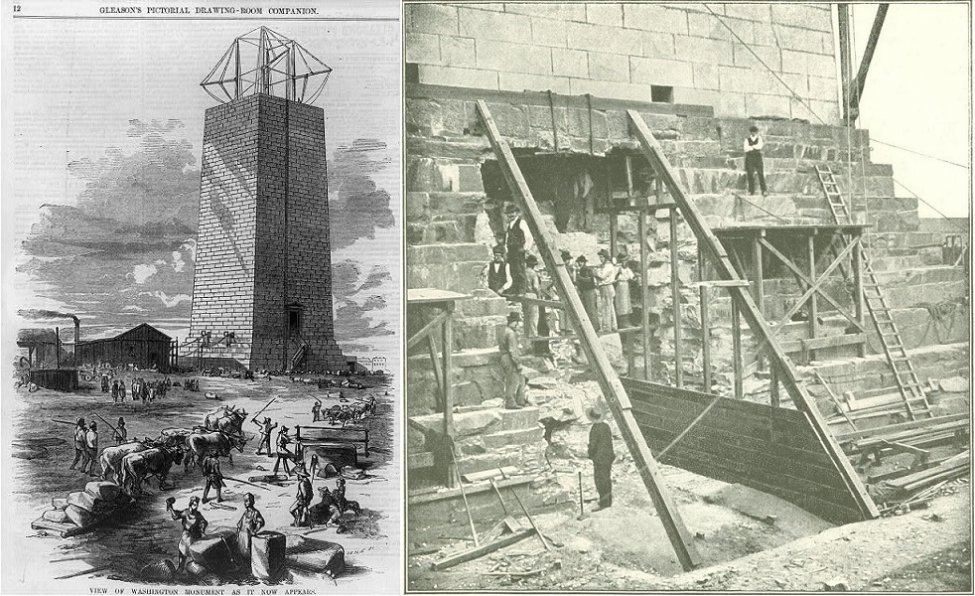 Babylon: per the PTB​
Babylon was the capital city of Babylonia, a kingdom in ancient Mesopotamia, between the 18th and 6th centuries BC. It was built along the left and right banks of the Euphrates river with steep embankments to contain the river's seasonal floods. Babylon was originally a small Akkadian town dating from the period of the Akkadian Empire c. 2300 BC. 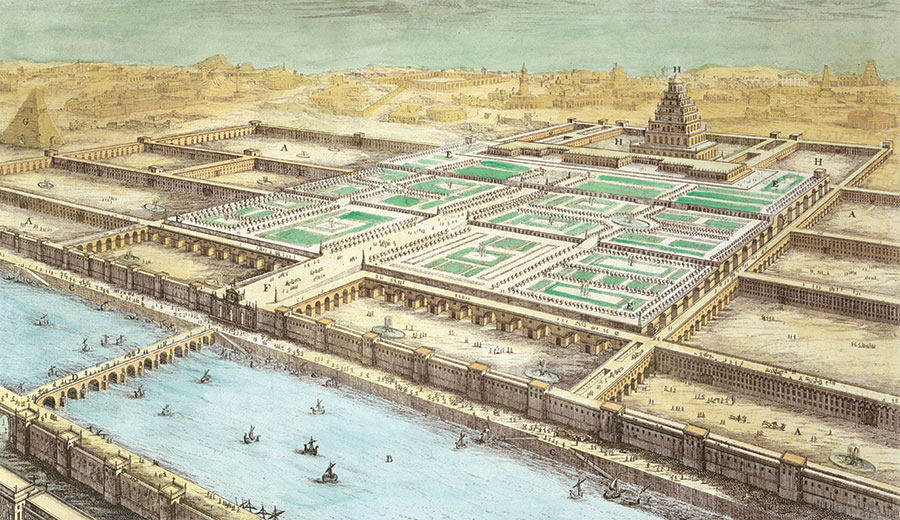 The history of the city of Babylon consists of a lot of pseudo-historical (imho) mambo jambo. I am open for a debate on the sources of what we know. Anyways, here is a few important things the Narrative wants us to know:

Was Babylon Lost?​
Reading wikipedia it is hard to say whether the site of the ancient city of Babylon was ever lost. The Guardian Newspaper claims that it was. Here is what Justin Marozzi (journalist, historian and travel writer) has to say.
The remains of the city of Babylon are in present-day Hillah, Iraq, about 85 kilometres (53 mi) south of Baghdad, comprising a large tell of broken mud-brick buildings and debris. 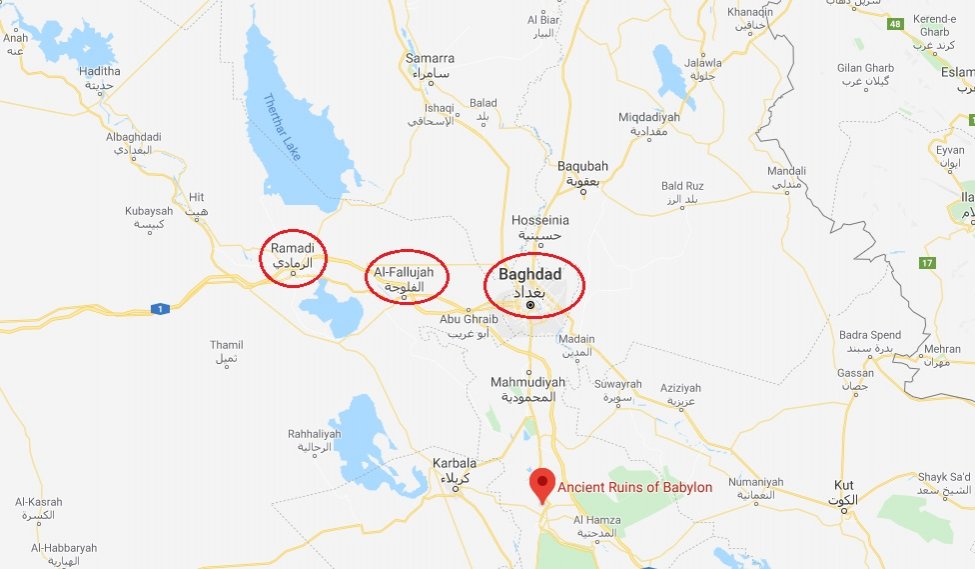 Babylon: Older Maps​
Of course, the claim is that we know where the ancient Babylon was. The location is obviously on the map above. Sure thing excavations had to wait until the notorious 19th century. As was mentioned the excavation was initially done by the East India Company business agent, traveler and antiquarian scholar in 1811-1812.

Was the city of Babylon lost, was it not lost? What can the older maps tell us? Also pay attention to where the cities of Baghdad, Fallujah and Ramadi were located back then. 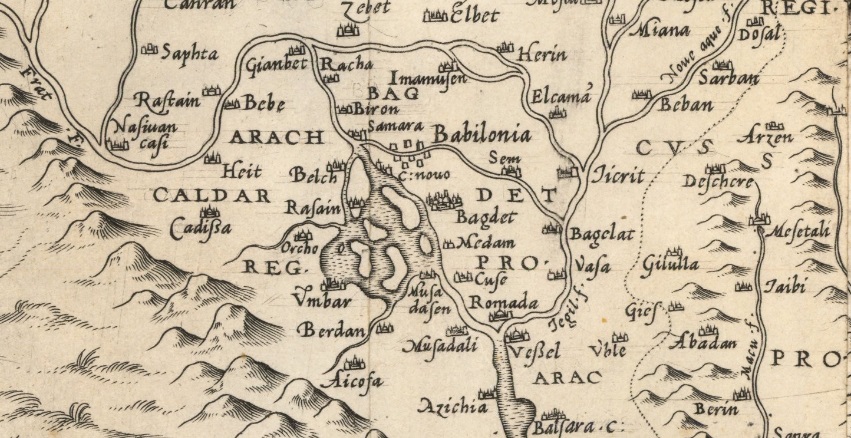 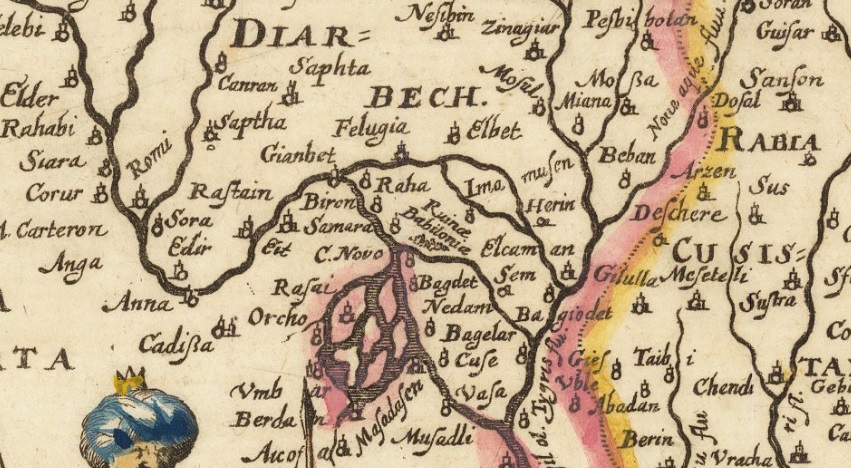 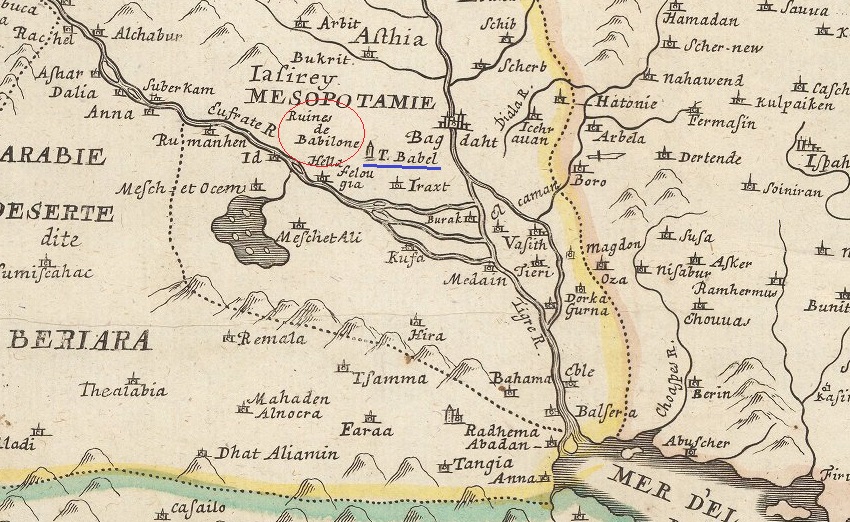 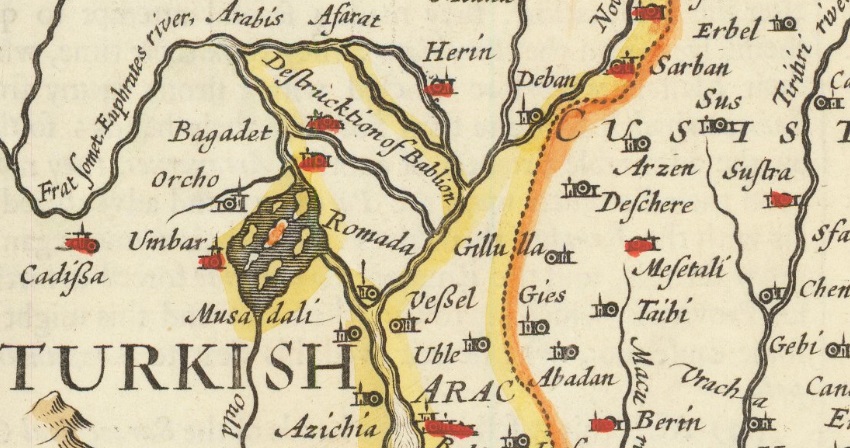 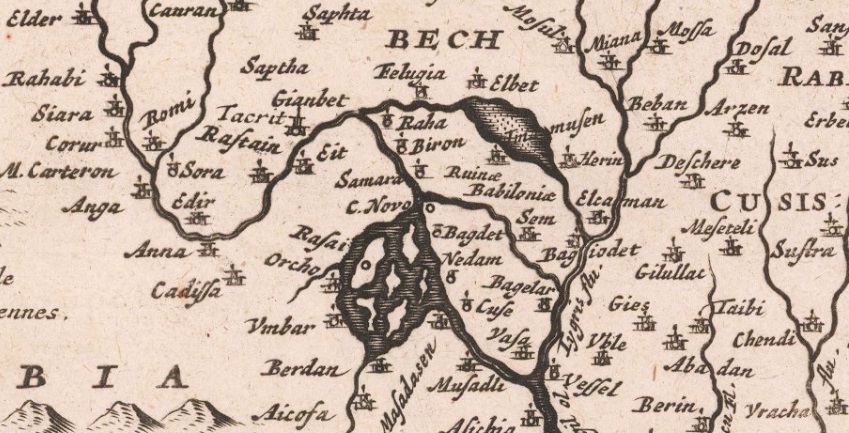 1705 MAP​
I believe this 1705 map has a few explanation to offer. Those reading French could probably help us out with the translation of the Baghdad region. This map has tons of ruins on it. It is also one of the first maps placing the Ruins of Babylon south of Baghdad. 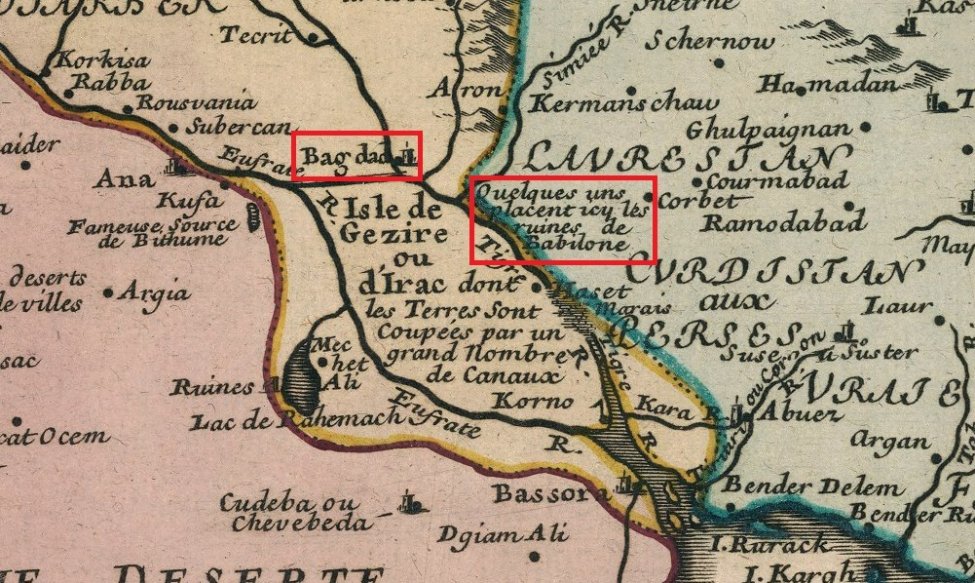 Source
​
KD: Do we know where the real Baghdad was, for I have this feeling that they played some musical chairs there. Also, what what are they trying to misrepresent as the Ruins on Babylon, for I have this suspicion that we are being foolled. 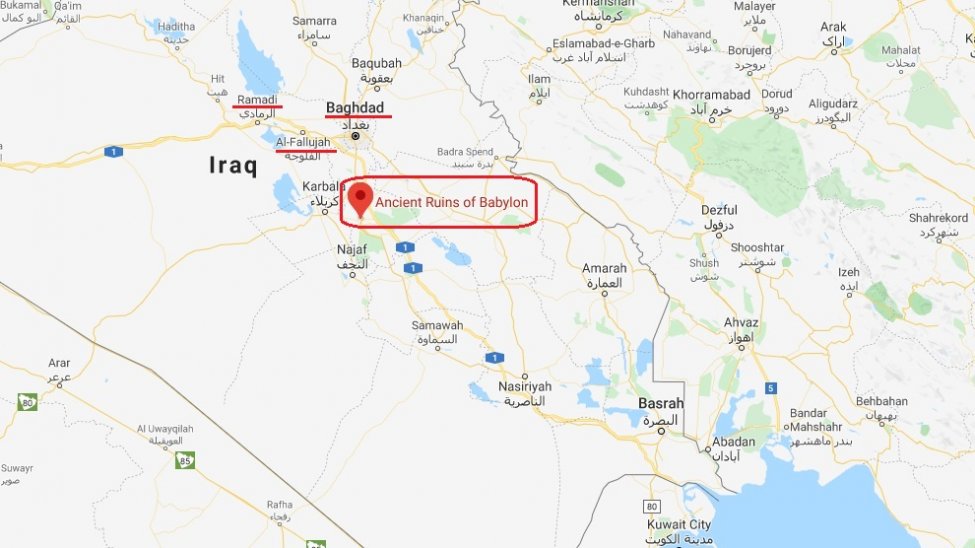 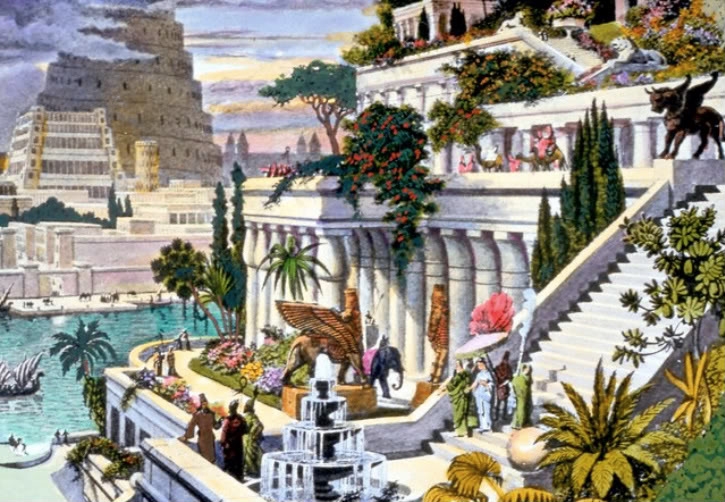 Lake Tharthar​
Lake Tharthar and known in Iraq as Buhayrat ath-Tharthar, is an artificial lake opened in 1956, situated 100 kilometers northwest of Baghdad between the Tigris and the Euphrates rivers. 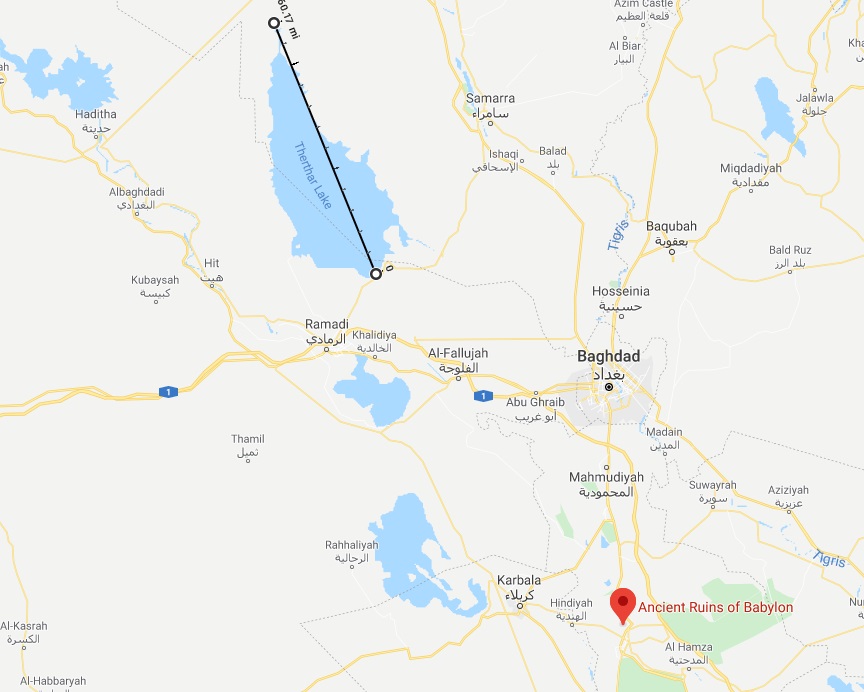 In 1956, the southern part of the Tharthar depression was turned into an artificial reservoir to collect floodwaters of the Tigris River. The water flows via an artificial inlet canal, named Tharthar Canal. The canal diverts the excess water, by means of a regulator Samarra Barrage. It merges with the lake in its southeastern bank.
KD: Considering that based on the older maps, there will be ruins no matter where you stick your shovel in, I would like to know what they are hiding under this humongous lake. How big is this Tharthar Lake?
In other words the land portion of the NYC is 3 times smaller than Lake Tharthar. I am not saying that the ancient city of Babylon is in this lake. Locations do not seem to match, but there has to be a lot of stuff in there.

KD Summary: I am yet to play with locations of these Ruins of Babylon, so I am not done with my contributions to this article yet. Meanwhile, I wanted to mention the following: 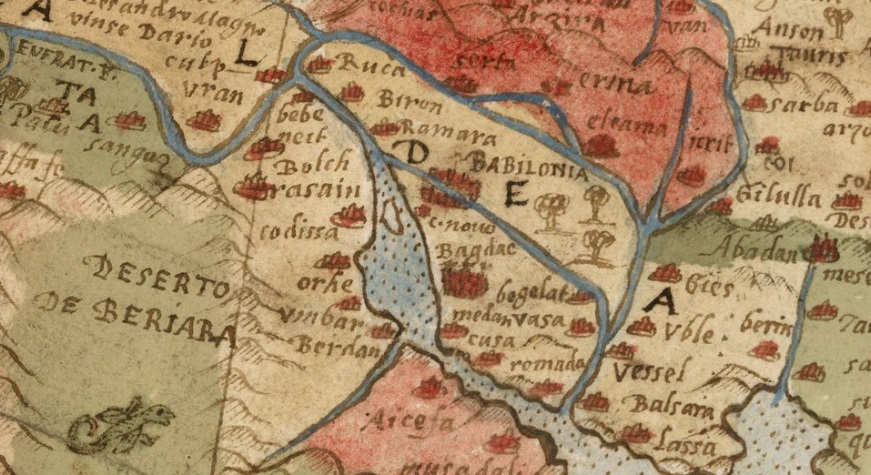 This guy theorizes it's in Peru.
Check it out.

Upon a detailed inspection of the Lake Tharthar immediately found something that looked like part of the fortress of the star.

I do not believe that the road was built in this form just like that, most likely once there was a moat.

Several cube shaped structures under a couple islands in the lake. Almost looks like a city block! 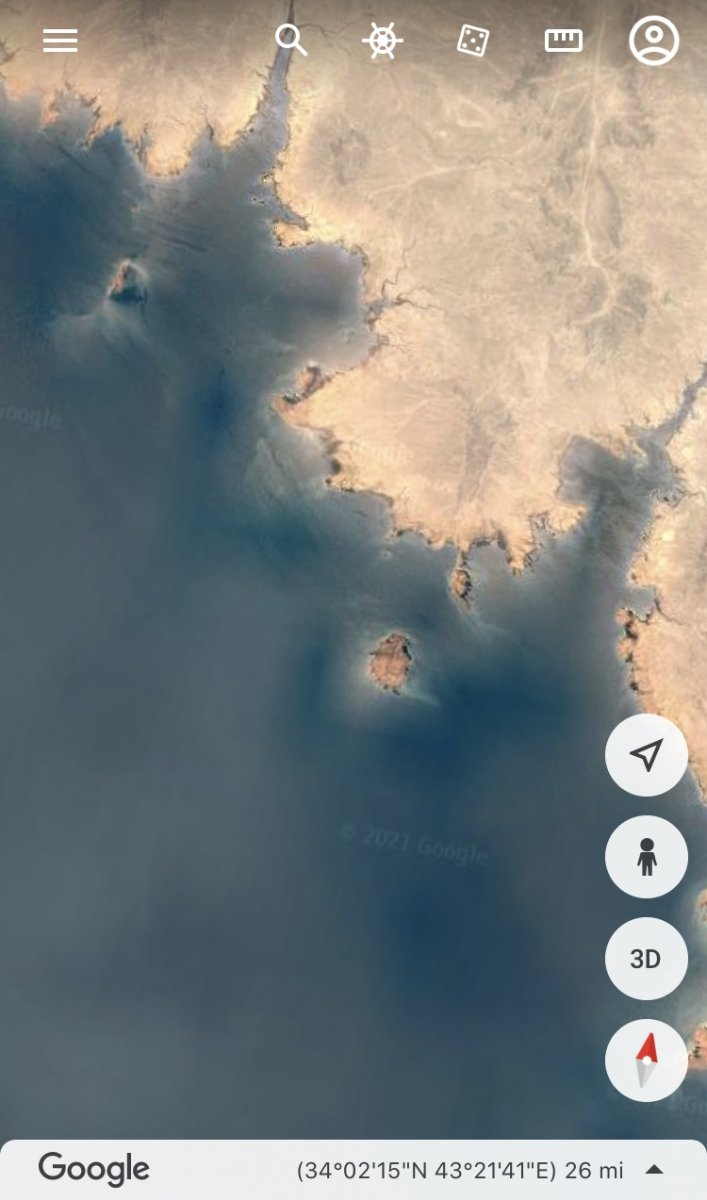 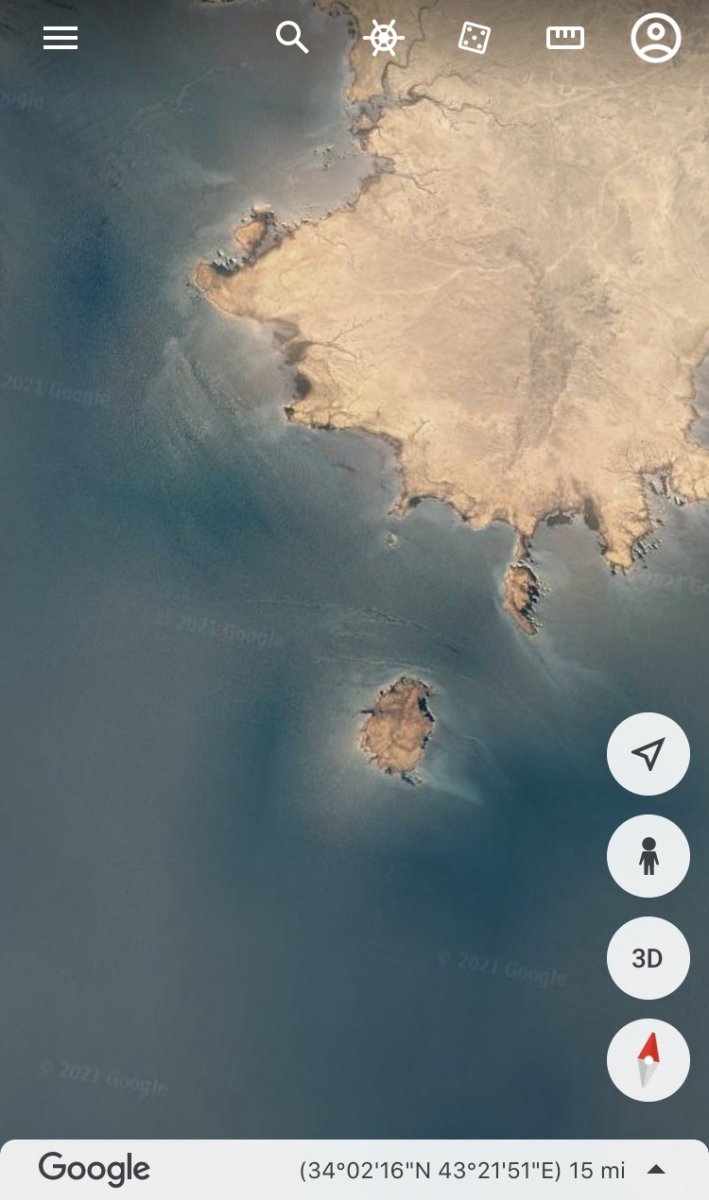 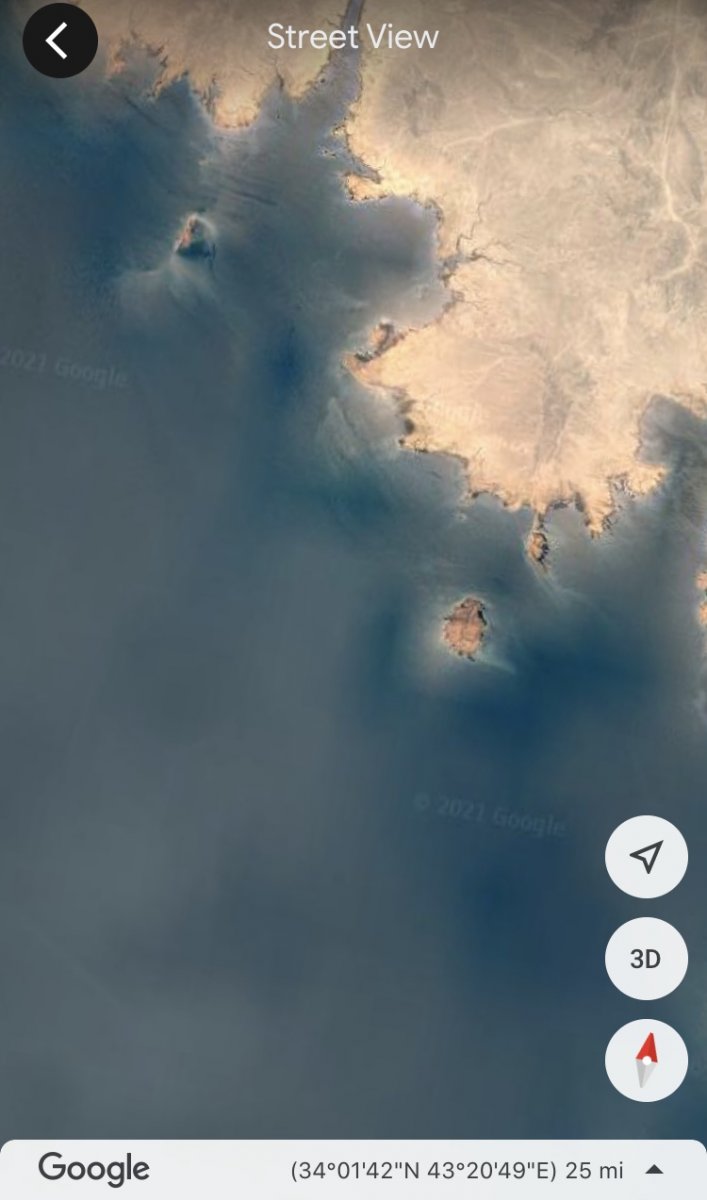 Reminds me of our Panarea images!

I have loads of weird stuff around the city of Samarra just to the north of Baghdad. 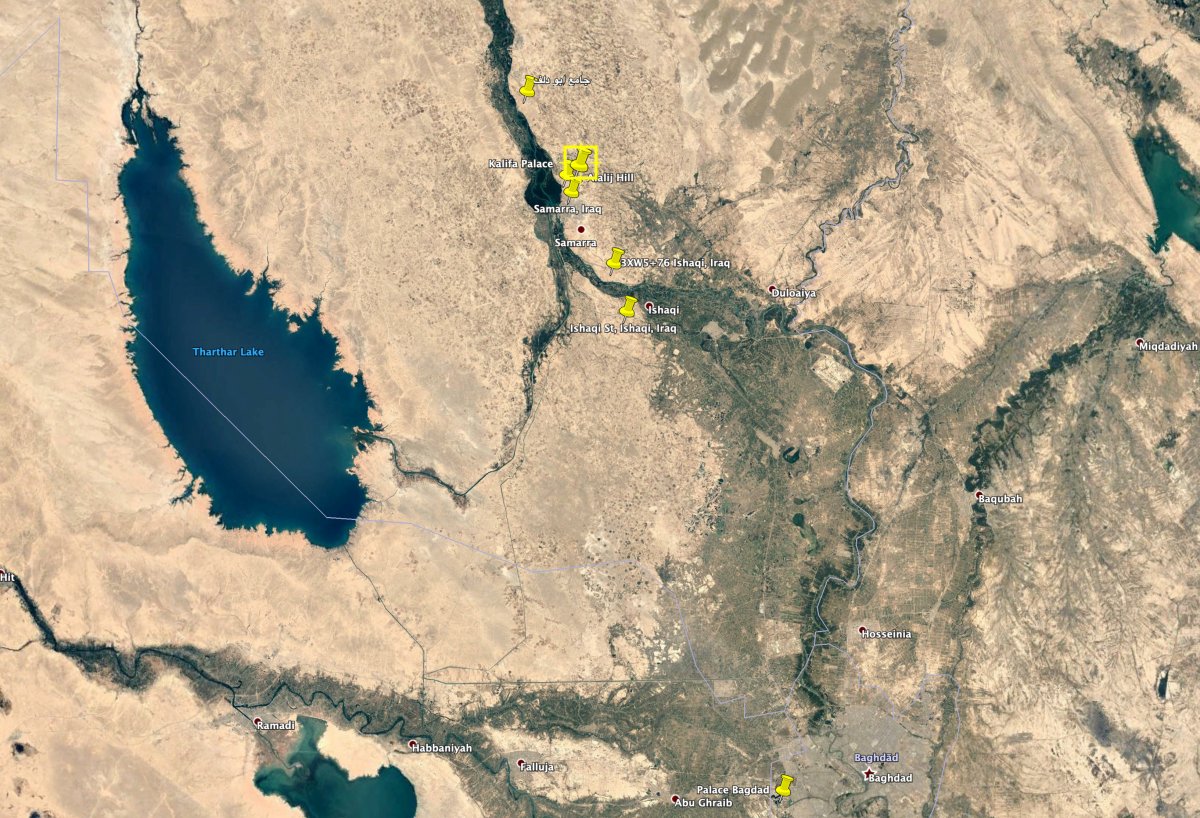 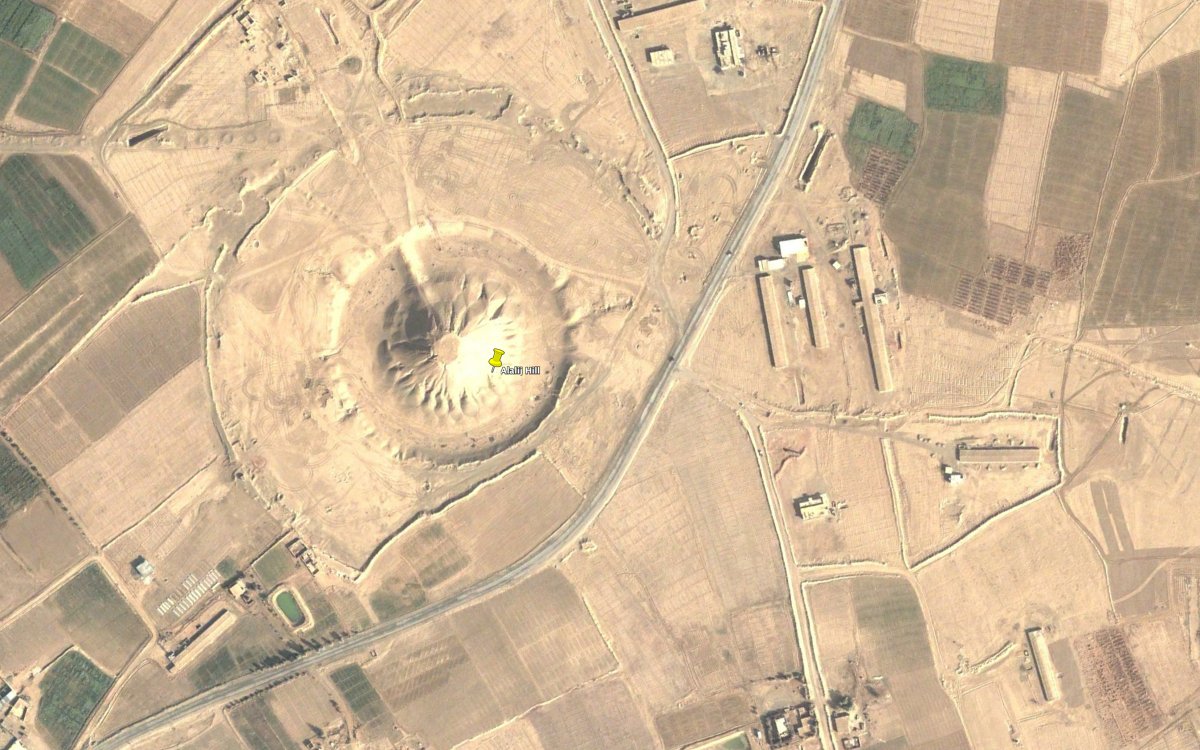 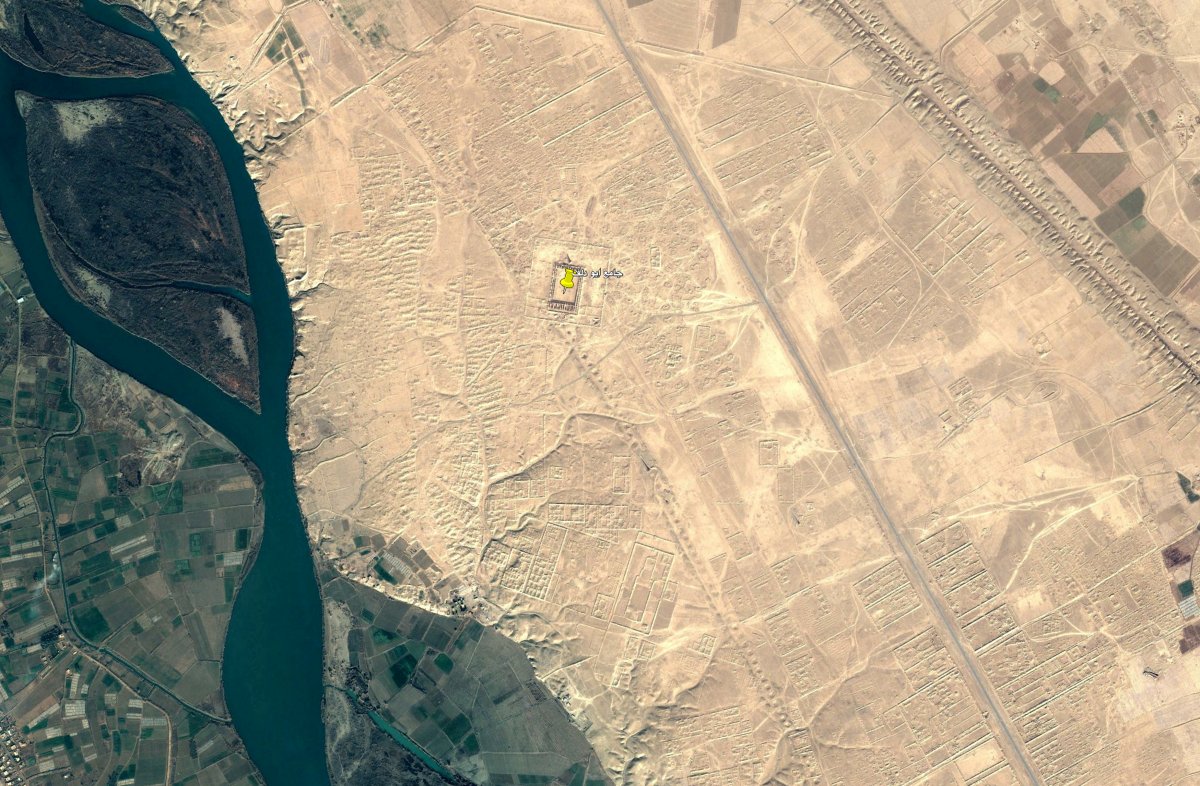 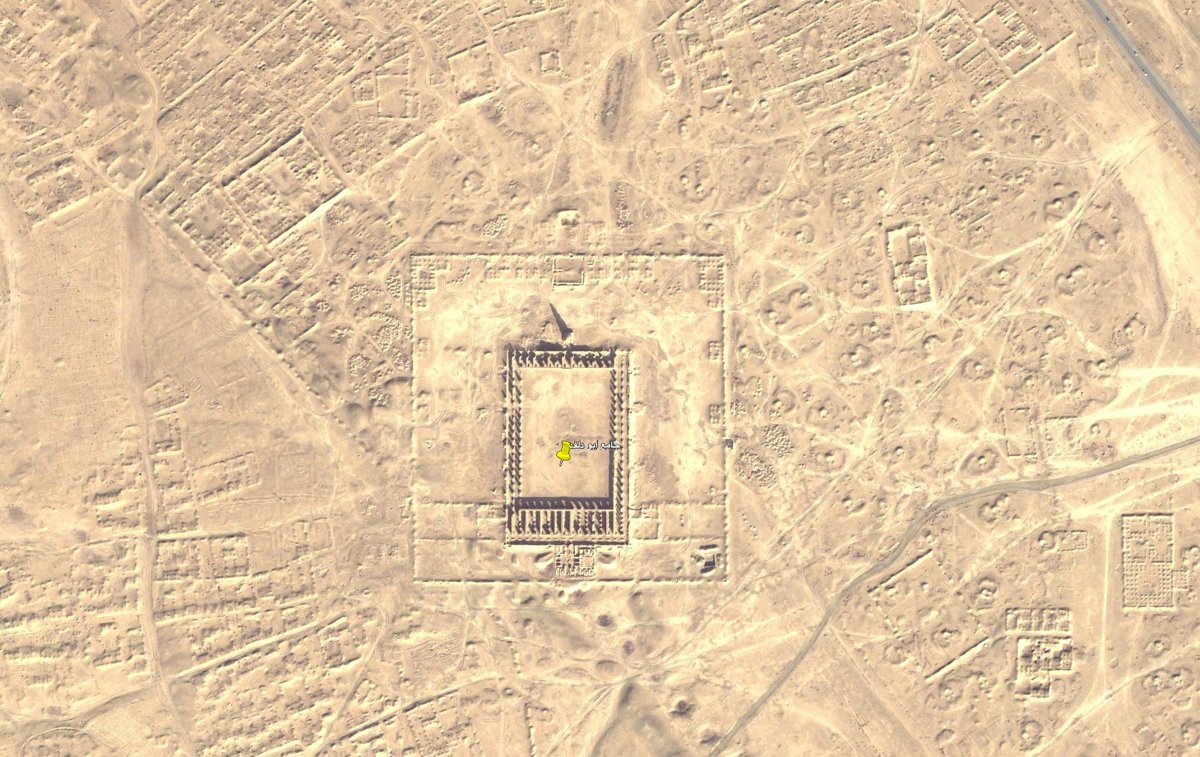 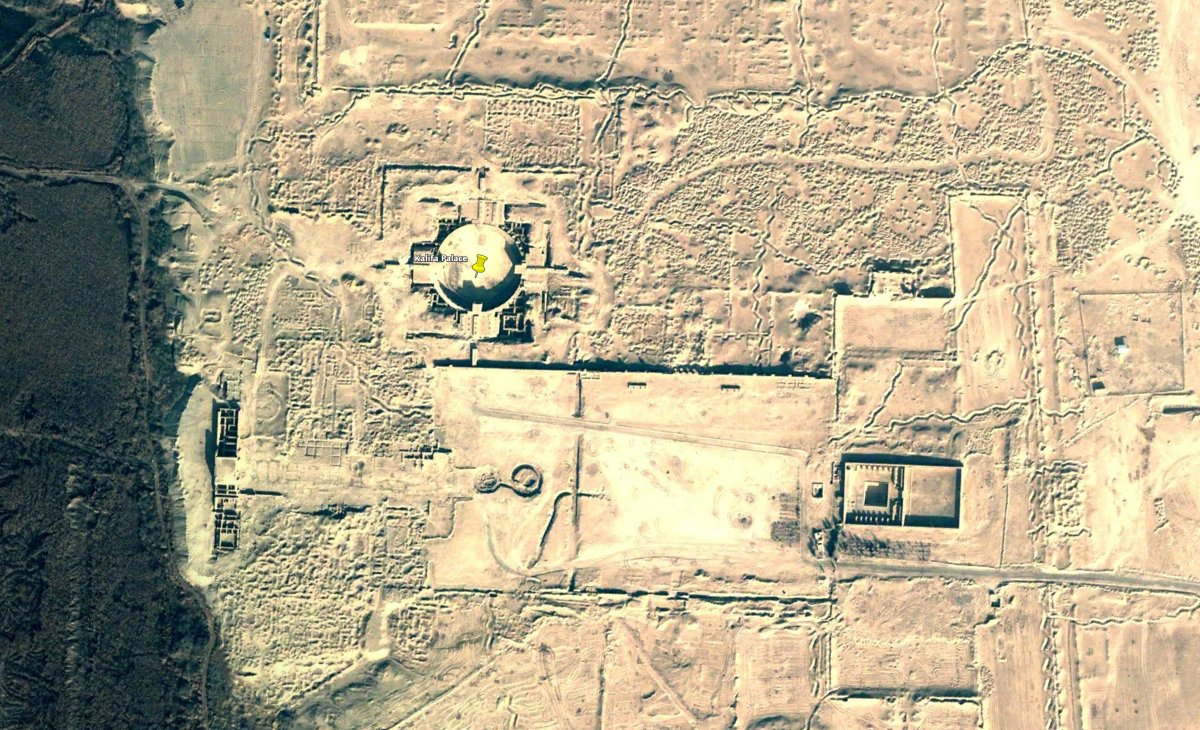 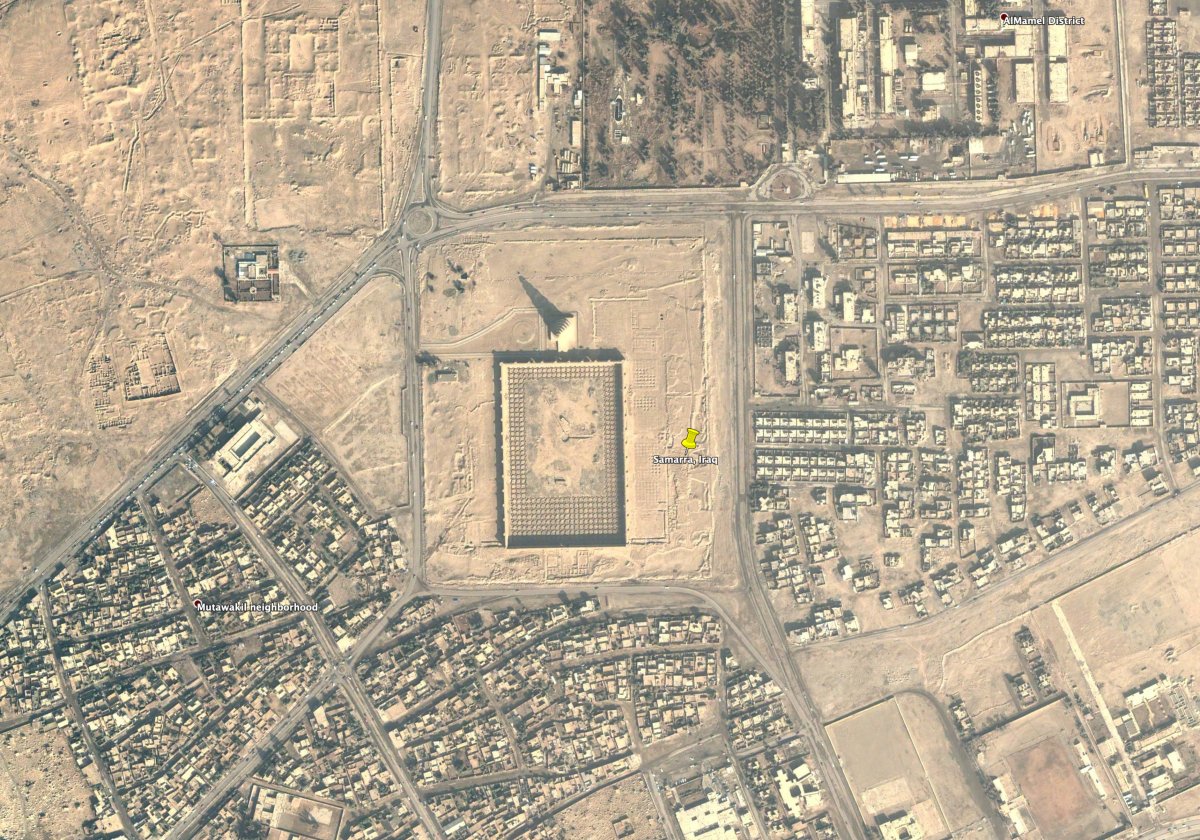 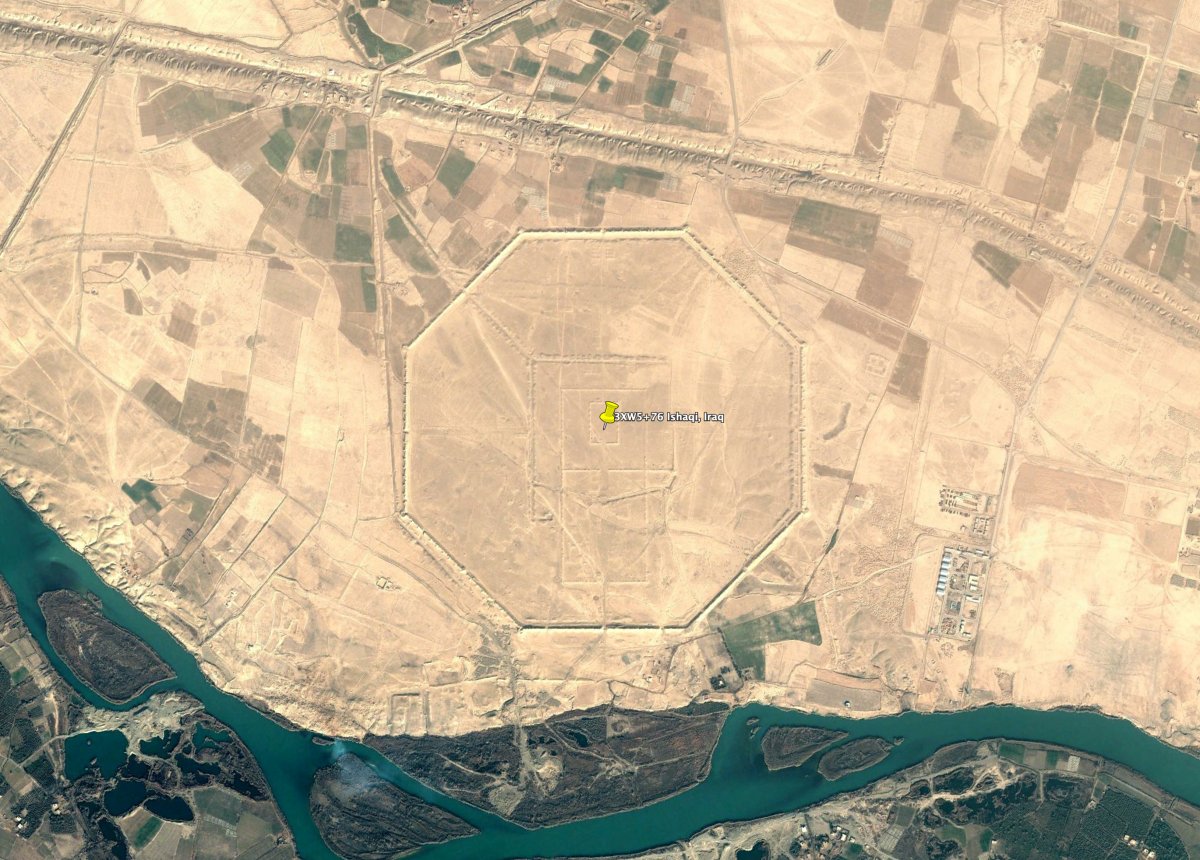 This one maybe a newer structure, maybe a power/processing plant but is close to the rest so I though I would include. 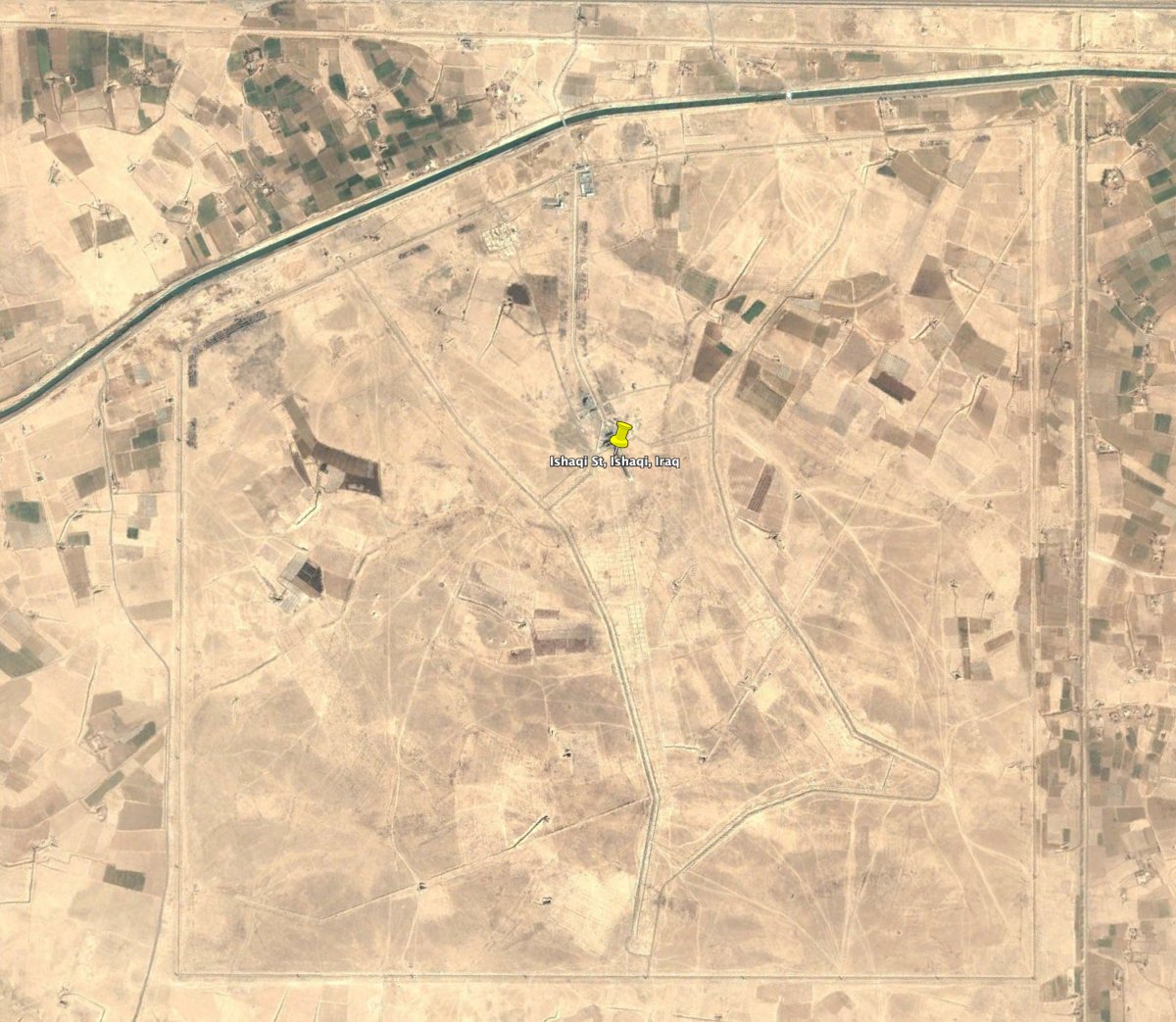 These are along the canal: 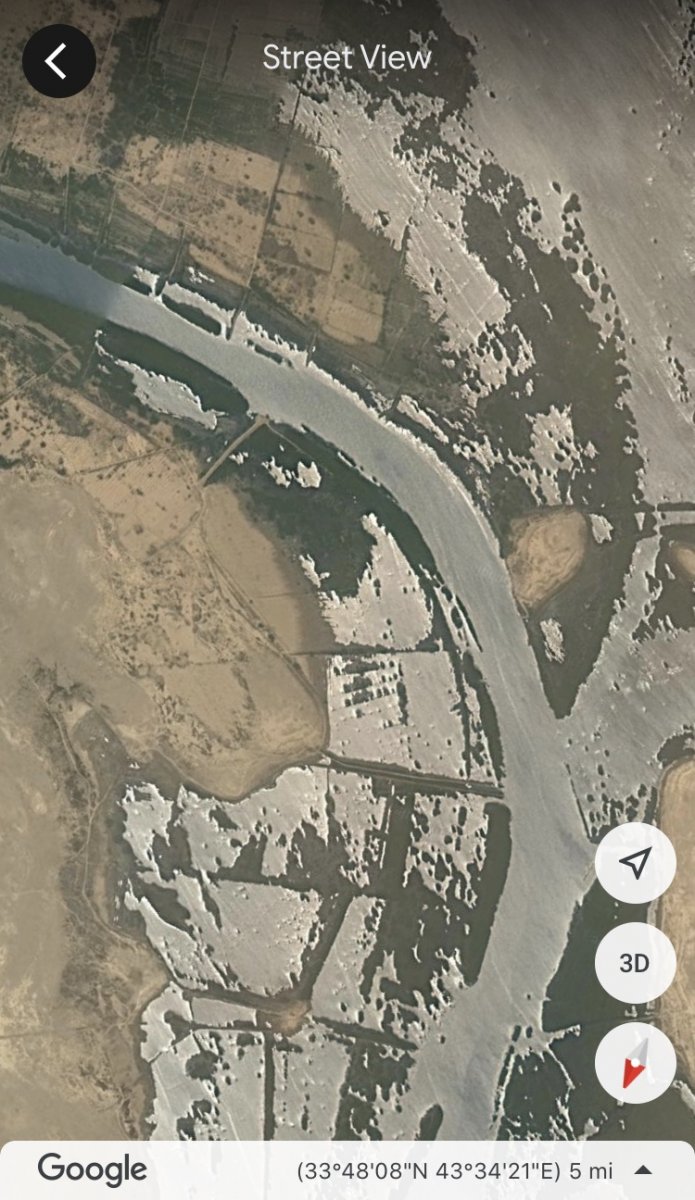 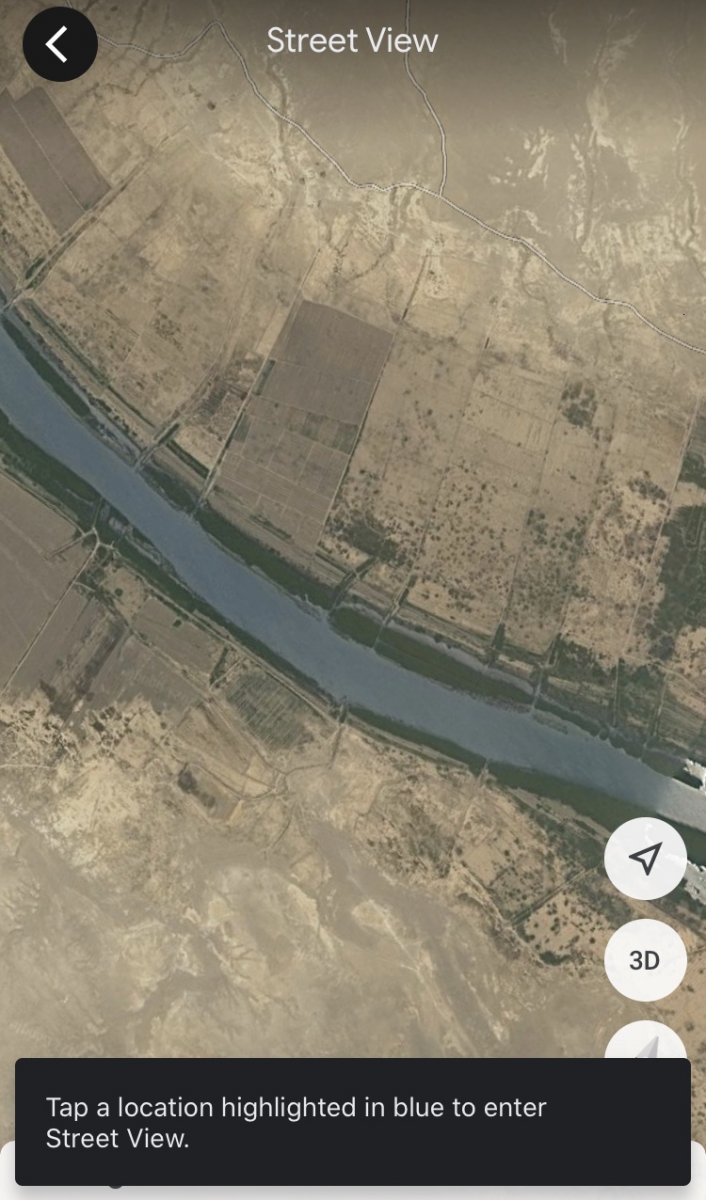 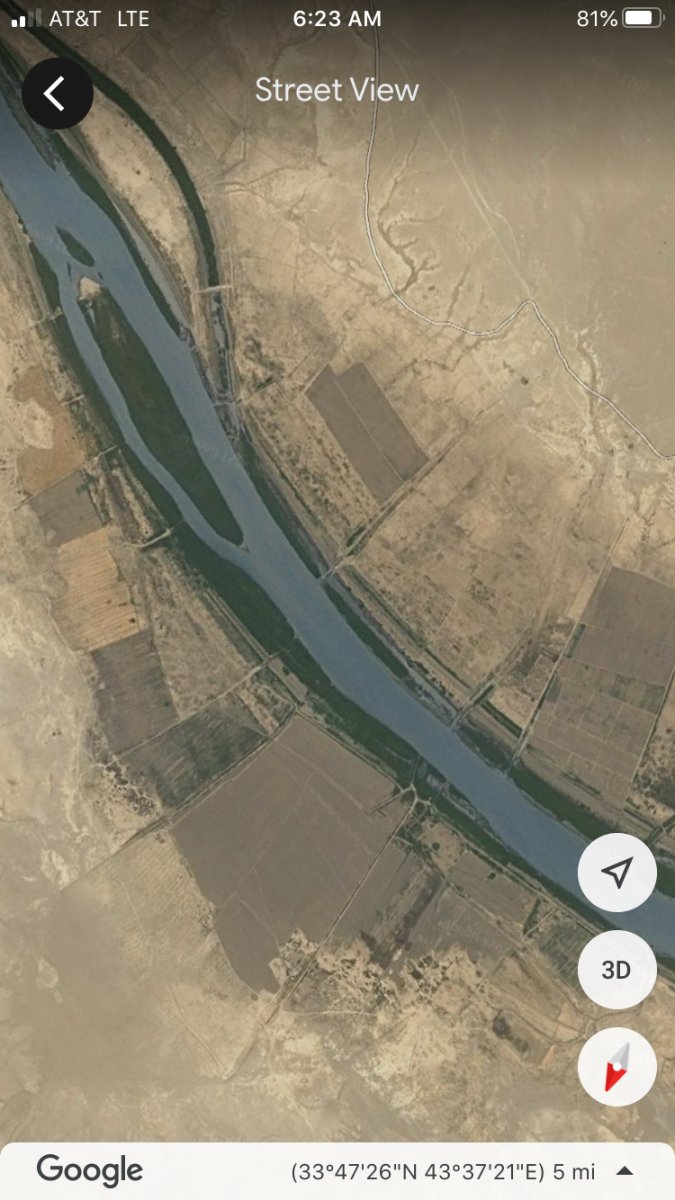 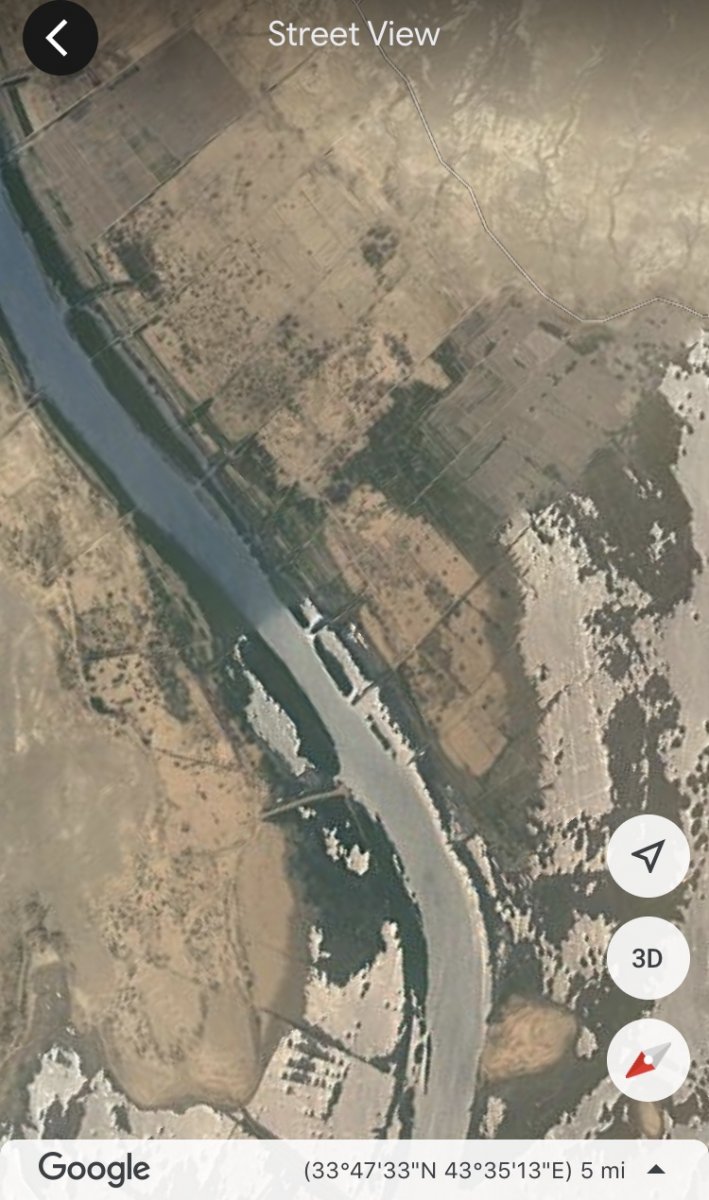