It's kind of hard to figure out what the official population numbers for the Colony of Virginia were in the year 1636. For the most part, the numbers are estimates. Here is some of the available info. 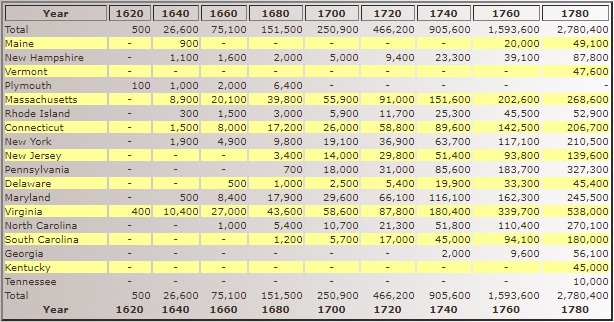 ​
According to what I was able to find, there were approximately 5,000 colonists living in Virginia in 1634. With Jamestown being the main settlement, it would probably be fair to assume that a good chunk of those 5,000 colonists could be attributed to Jamestown. 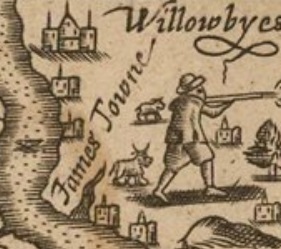 I understand the "embellished" part, for this is a standard "go to" explanation used by the PTB these days. I believe in this case, the embellishment consists of all the town/city symbols included on the map. Were those supposed to "embellish" Indian wigwam villages? This is what Powhatan people allegedly lived in.

This Symbol​
As far as I understand, those Powhatan people were all over the place, and they were not exactly the friendliest individuals in the lives of our colonists. What do you think the circled symbols were supposed to signify, when Ralph Hall was "embellishing" this map? 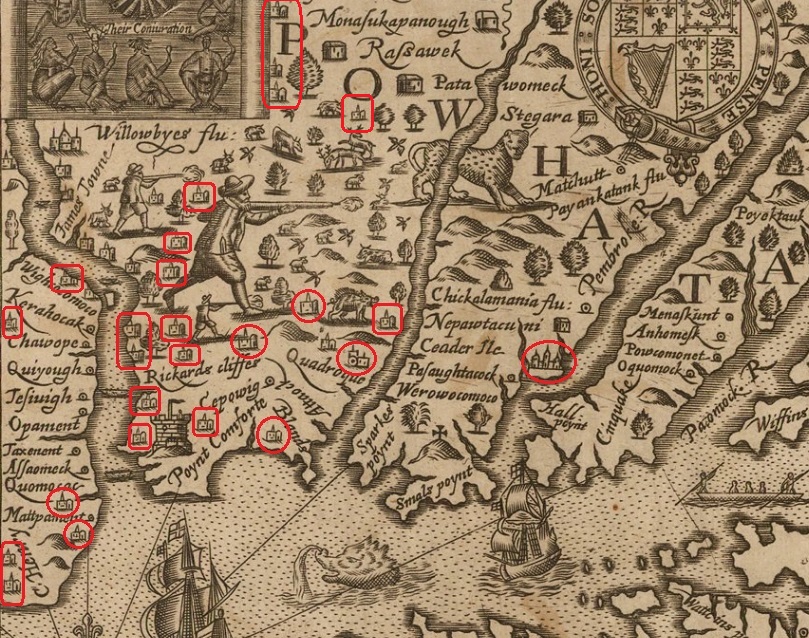 ​
One of those symbols is located way up the Potomac river, which is ways out from Jamestown. If there were European settlers there, who was protecting them from the Native population?

The Legend​
Oh wait, we do have a legend though. The legend is present on the 1606 map, but was replaced by some naked upside down people on the 1636 one. 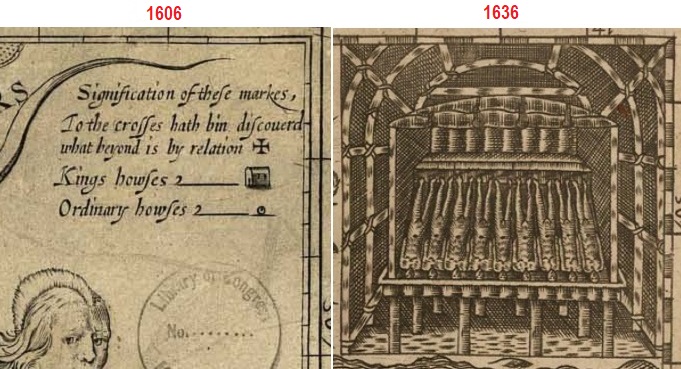 
Horned People?​
And what's up with these individuals below? I understand that we could be seeing a hairstyle, but somehow I doubt that. 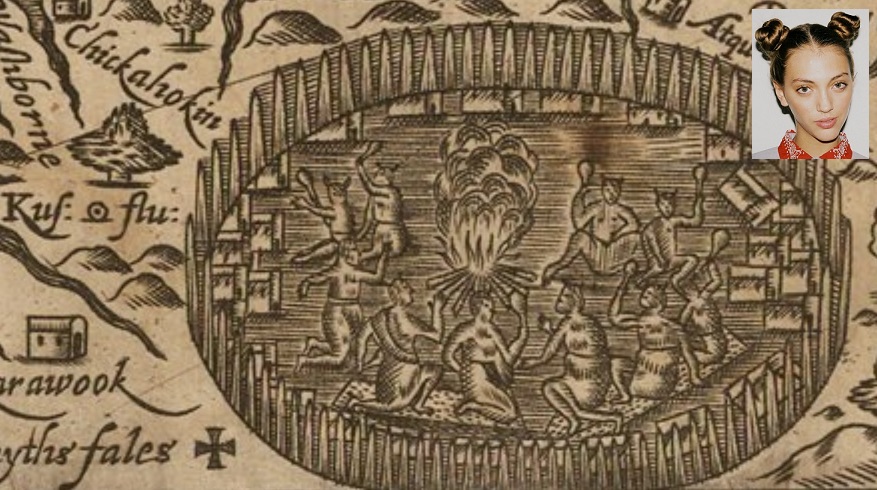 Fort Algernon or Fort Charles?​
And with all of that, the map author forgot to name the so-called Fort Algernon. It was (allegedly) established in the fall of 1609 at the mouth of Hampton Roads at Point Comfort in the Virginia Colony. A strategic point for guarding the shipping channel leading from the Chesapeake Bay, Fort Monroe was built there beginning in the 1830s.

​
Fort Algernon, Fort Charles, Fort George, Fort Monroe... how many forts were there, and which one is it?

KorbenDallas said:
Anyways, I was just rambling about nothing
Click to expand...

What I think this does is further show our understanding of the civilization of the "Native Americans" has been purposely suppressed by the invaders who pillaged and killed them. Which isn't surprising or even really controversial... until we start getting into discussions of scope.

I frequently come back to thinking how the eventual US government borrowed language and ideas from the Iroquois Confederacy, which screams PR move. I suspect that we had lots of immigrants pre-Revolutionary War that found that they had more options that living in the British corporate towns and over time, who did those people end up having more in common with? The Europeans or the "Natives"? That's probably what the eventual Revolutionary Patriots wondered too and tried to positively influence, in their effort to become their own mob boss.

Basically, when it comes to the "natives", almost everything we have is so laughably racist/jingoist that the fact that we even have to debate whether these fellow human beings could have made towns that compare to ones made in literally every corner of the world ("Old" and "New") throughout time sort of shows how subtly effective their campaign ultimately was. 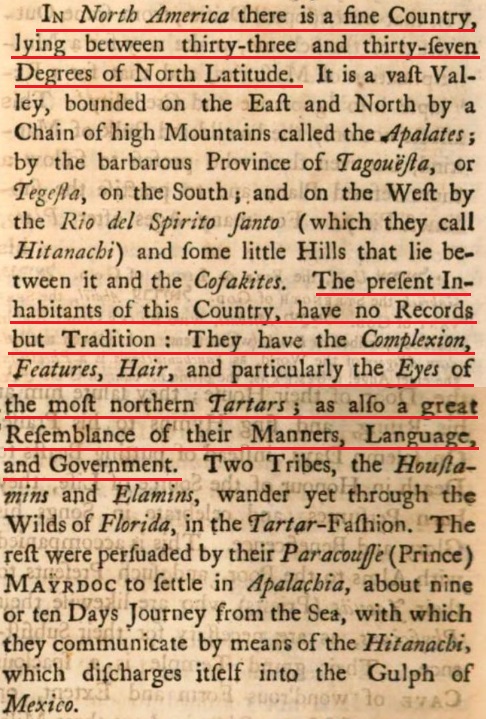 What gets me the most is the sheer amount of native towns on old maps in the VA/TN area. It makes one really begin to believe a genocide of much greater magnitude than just the trail of tears took place here

Also, I do not believe there was any shortage of food because every map from the mid 1600s to late 1700s notate abundance of perfect, fertile land, locations of buffalo and fishing spots.

Interesting what is this an excerpt from? Thomas Walker's travels in southwestern Virginia talk about natives extensively mining Cinnabar in this area. He says they claimed to have used the red color of the clay to make pigment for their face paint.

There's only one problem with using Cinnabar as pigment. Its 86.22 percent mercury and 13.78 percent sulfur. I find it very hard to believe they were rubbing poisonous metal that smelled like rotten eggs in their faces for decades.

Another thing to notate is, Most mined cinnabar is is used to separate gold ore into elemental gold.

Despite that fact, other travelers noted the Cherokee who inhabited the are had meager jewelery and primarily lived off the land.

Here are some interesting things I found on some a french map of present day Virginia: 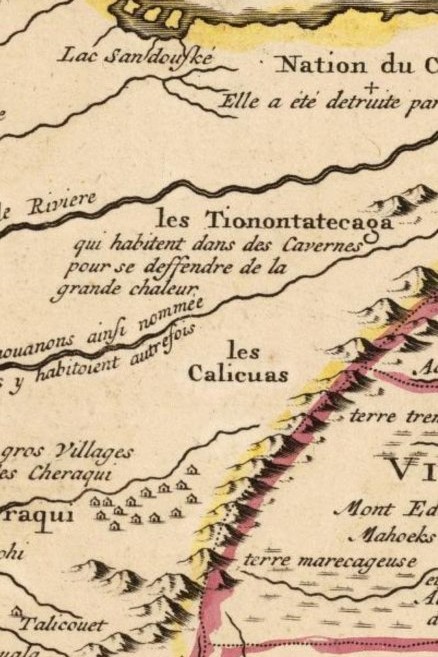 the Tionontatecaga who live in caves to defend themselves from the great heat.

BTW I'm finding all of these maps on an app called "Old Maps" bunch of hi-res maps from the old world.
Last edited: Jun 17, 2022
You must log in or register to reply here.
Similar articles