Iced Over Canals in Greenland

Ok, I start to think that the alleged island of Greenland is one of the most secret places on our Earth. Just take a look at it via any "satellite" mapping service out there:
Unless Greenland is as flat as a pancake (only Kansas is allowed to be that flat), TPTB is doing another one of their "in your face" things. The place is free of any relief whatsoever. Bar the coastal areas, our Greenland is just a blob of white. We don't even have ice dunes out there. 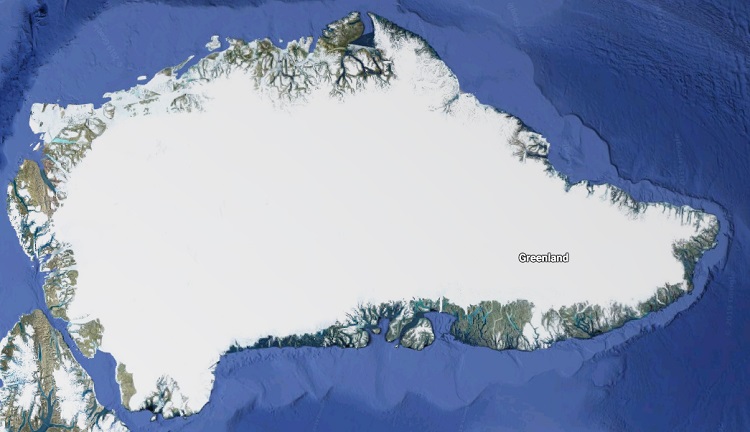 ​
It does not matter how much you zoom in, or zoom out. The only way Greenland could be this way, if it was a humongous ice skating rink after a mild snow fall.


How old is Greenlandic Ice?​
With anything related to ice or sand, we have to be prepared for a load of pseudo-scientific gibberish. It never fails, and there it comes:
Official from LiveScience.COM: The ice on the island of Greenland is 1.1 mln years old.

Wikipedia has more entertaining disinformation:
And my favorite one:
KD: What a crack up of an official storyline. Are they even serious?
Somehow in 1638 or J638, people thought that Greenland, just like Friesland, Muscovy and Scandia, was only covered in snow for 6 months.

1638 source​
Well, and of course those "made up" maps of the past. This here is a 1570 Mercator Map. I guess he drew our Greenland as it was millions of years ago. Good thing he remembered to include all those "later depressed" mountains and such. 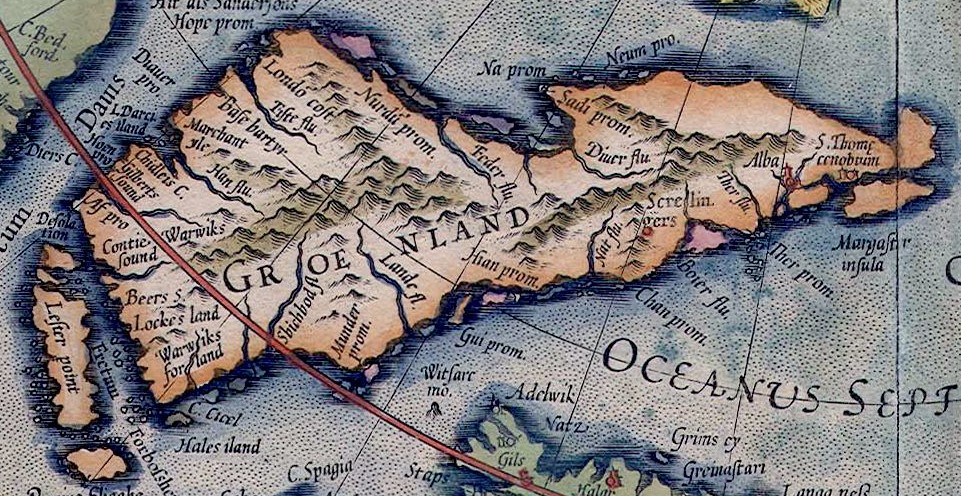 ​
There are multiple other maps where Greenland is free of ice, but this is not the point of this article.


Some History​
Per Wiki: Three-quarters of Greenland is covered by the only permanent ice sheet outside Antarctica. With a population of about 56,480 (2013), it is the least densely populated territory in the world. About a third of the population live in Nuuk, the capital and largest city. The Arctic Umiaq Line ferry acts as a lifeline for western Greenland, connecting the various cities and settlements. The image below should give you a general idea of how populated the place is, and where everyone is at. 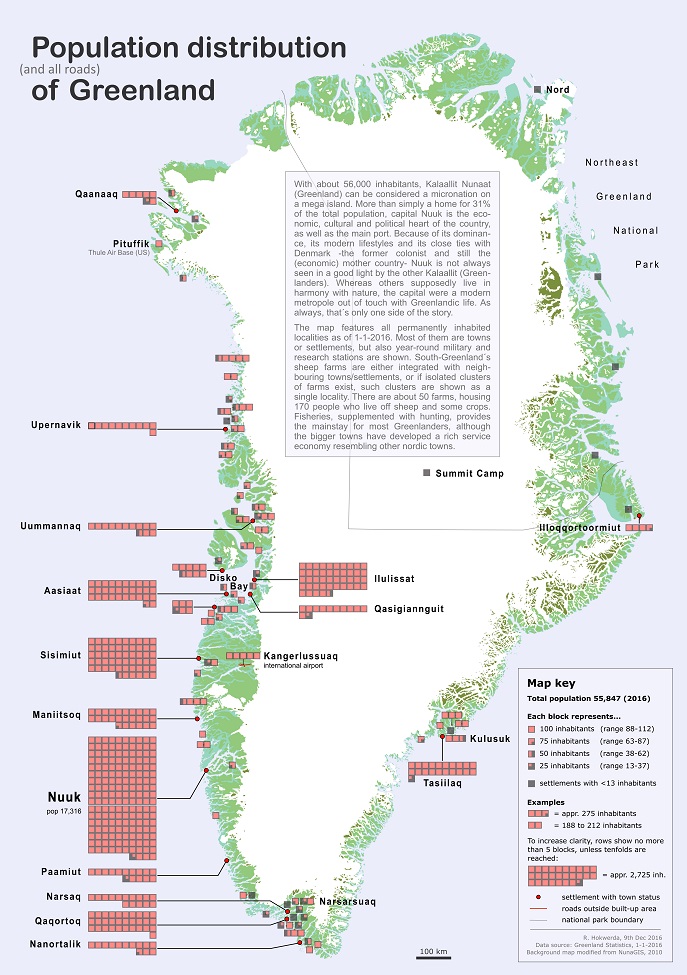 Source​
Now we go into the territory of "how do we know all that"?
I guess it's official now. Leif Erikson "discovered" America. It would be appropriate to change all the Columbus related names to reflect the proper discoverer.

More Realistic History?​
In the early 18th century, Danish explorers reached Greenland again. To strengthen trading and power, Denmark–Norway affirmed sovereignty over the island. Because of Norway's weak status, it lost sovereignty over Greenland in 1814 when the union was dissolved. Greenland became Danish in 1814, and was fully integrated in the Danish state in 1953 under the Constitution of Denmark.

What are they hiding?​
I have not searched in depth, as far as possible cities and other objects go. Based on prior experiences, it is possible that Goggle Ngram could produce some relevant results. In this case I wanted to point out a possible historical slip up. In this case it has the appearance of a man made canal. I have hard time imagining something like this being natural. The canal, if it's still there would have to be approximately 630-650 miles long. That is approximately 700 in kilometers.

​
Well, zooming in actually does help out a bit. I think the beginning of our canal can be seen when you closely inspect the South-Eastern part of Greenland. These are the approximate coordinates (67°47'55.92" N 33°43'07.29" W), and you can pretty much see it in Google Earth only. 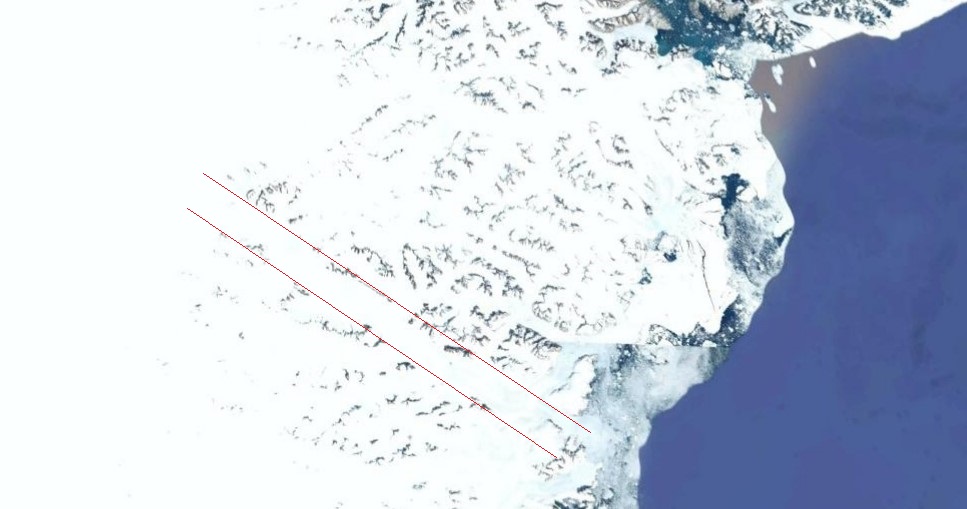 The man made canal is just a hypothesis of mine, for we do have multiple other maps. Some of those are capable of raising some eyebrows too.

This here is a 1592 map by Vincenzo Coronelli, displaying the southern tip of Greenland with no ice. It has two straights, or channels, whatever you wanna call those. Additionally it presents us with an ever confusing topic of whether Friesland ever existed. 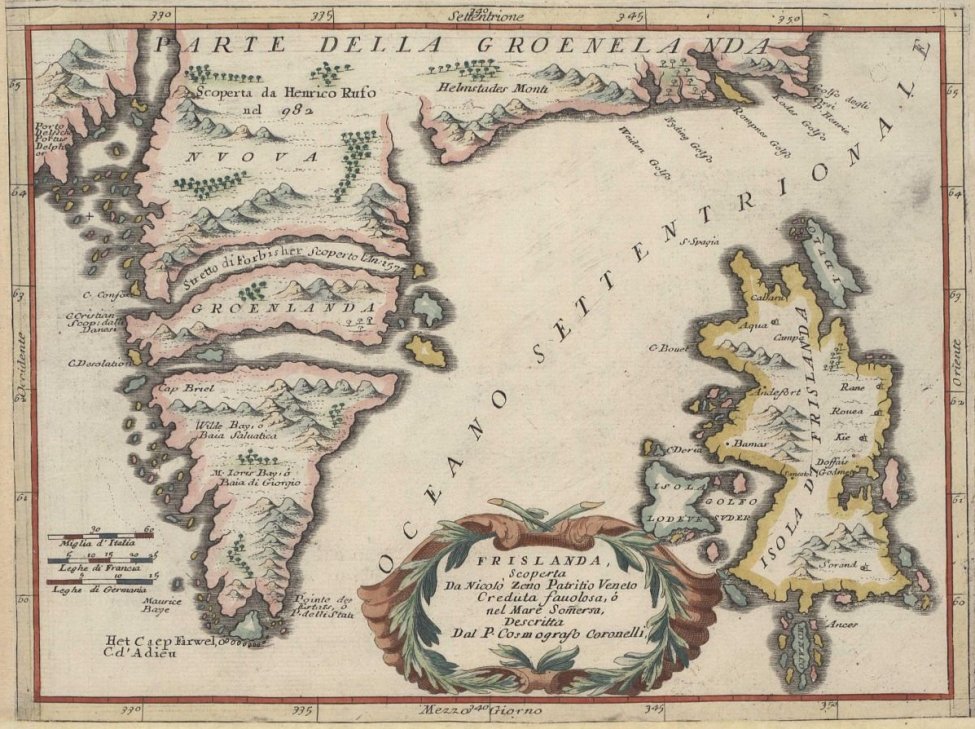 Illustration taken from the book "Description et histoire naturelle du Groenland" by Egede, Hans and published by Philibert in 1763. 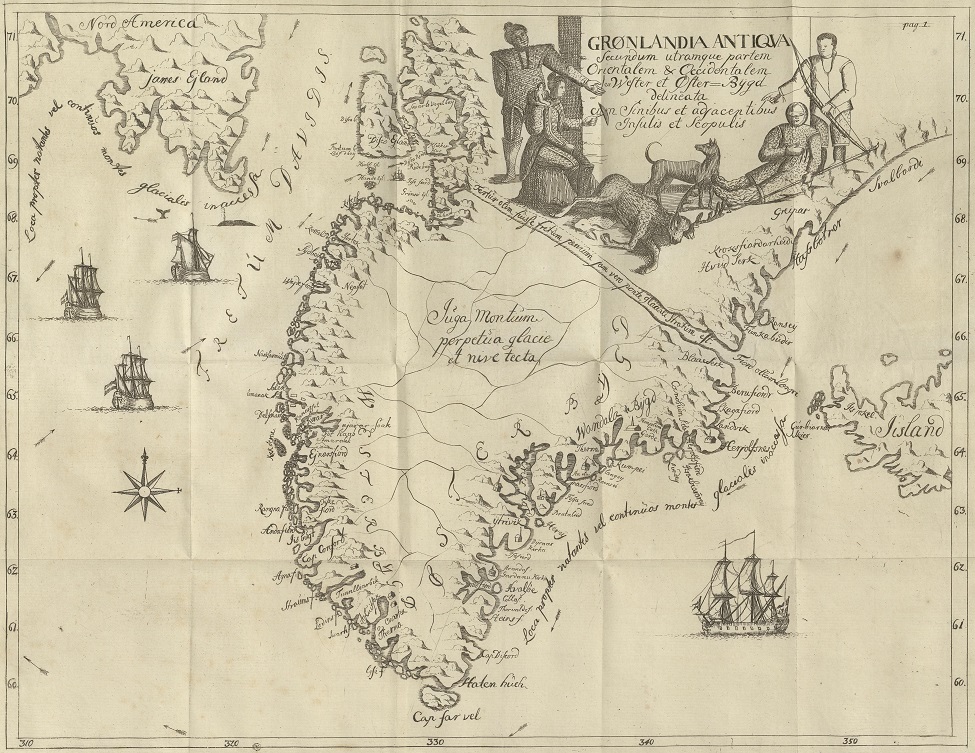 ​
It appears that once everything froze over in Greenland, certain memories remained, and based on those memories people could recreate the location of the prior canals going east to west. The maps above, including the below 1770 map could be examples of just that. If I was to play with dates of the catastrophe, than based on what I've seen so far, we are talking about 1650s. 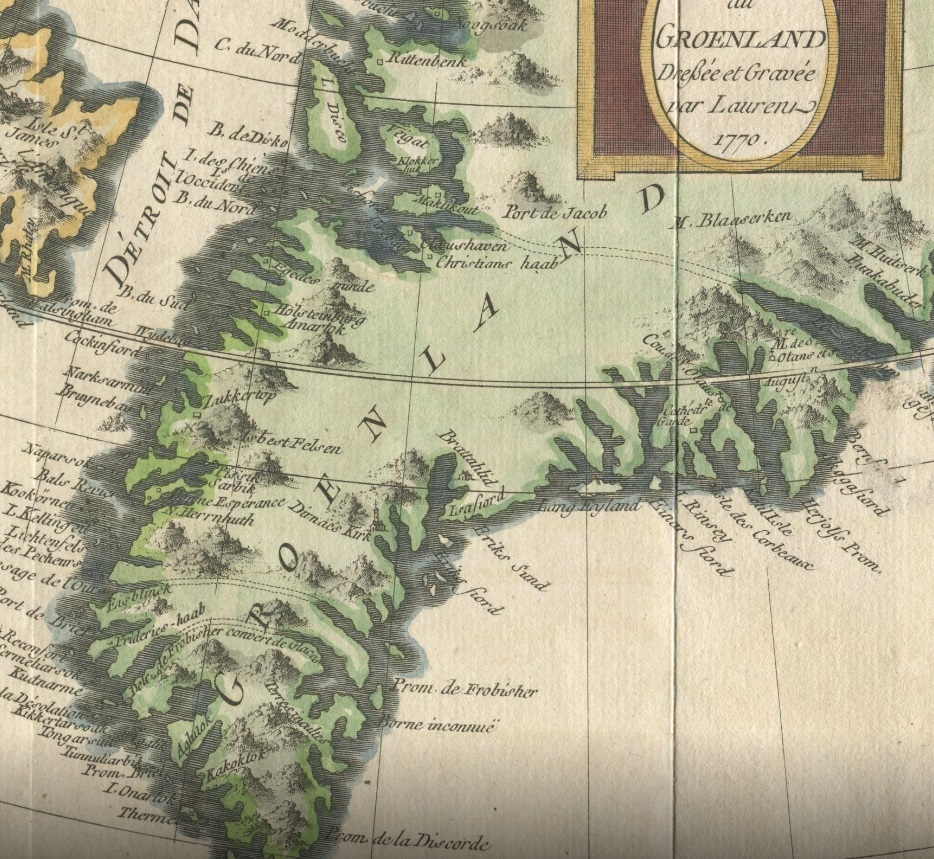 Of course we have other older maps where we do not see any channels. The one below is claimed to be a 1569 map by Gerardus Mercator. There could be multiple explanations for that, with the most simple ones involving the timing of their possible appearance in reality. That I will get to in a separate, time related article. 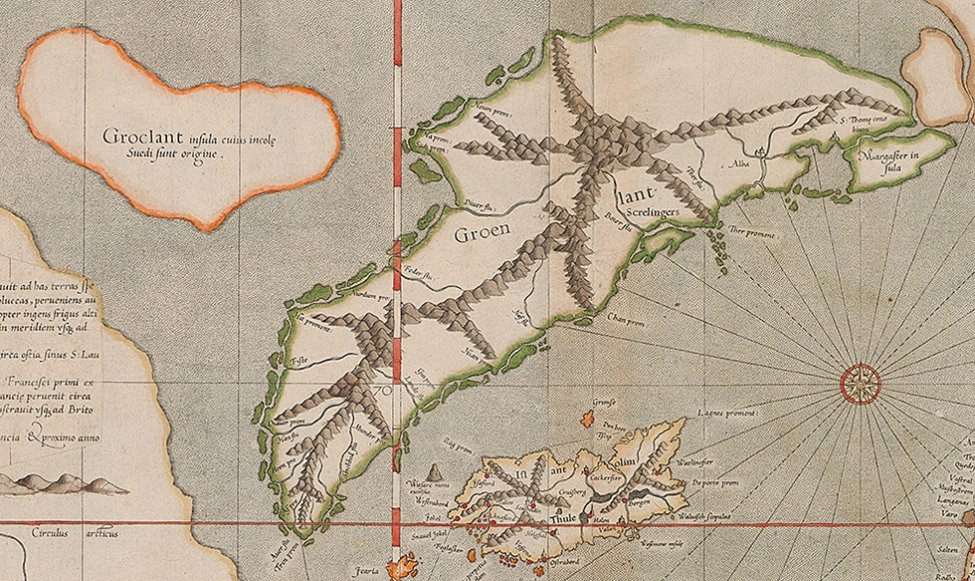 ​
The PTB are covered as usually. They simply call it "the incorrect assumption". Below you can see just that: 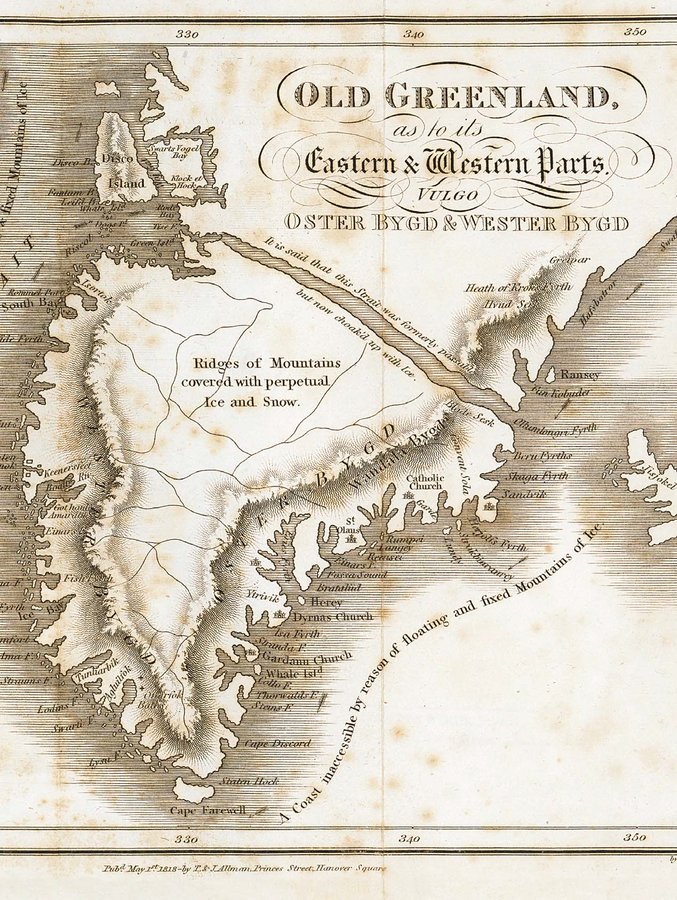 Crossing Greenland​
I think one of the first people to allegedly cross Greenland East to West was Fridtjof Nansen. If Greenland was indeed inhabited and ice-free some 500 years ago, I doubt he was the first one, but as it stands, he crossed in in 1888. 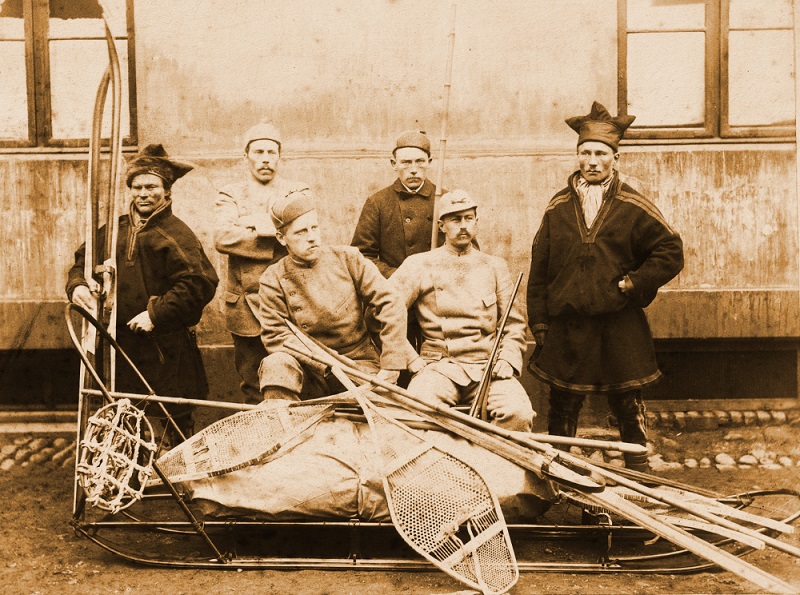 Source​
It is rather remarkable, that Nansen's initial proposed route was exactly where the above-mentioned canal would/could be. Mr. Nansen and Co. were unable to execute the planned route (red) and had to settle for the one they actually took (green). 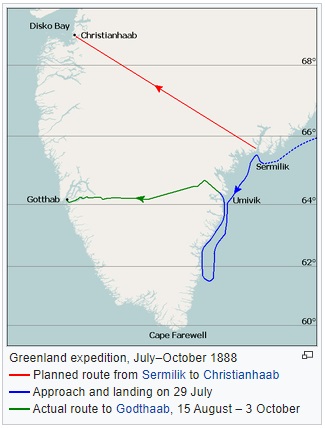 Landscape and Icemelt​
Apparently scientists are highly concerned with how fast Greenland is loosing its "million year old" ice sheet. As a matter of fact they appear to be freaking out. Global Warming, aka Climate Change is in full swing.

​
Well, chances are, our scientists will have a few things they will have to explain way before year 2100. That is when all the ice is supposed to melt. Are we gonna see some artifacts in there? 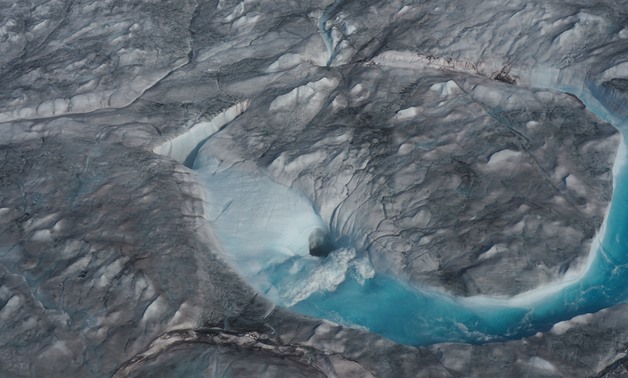 KD: Anyways, I wanted to throw something interesting for a discussion. Greenland could be a place with a lot of preserved ancient stuff. Not like we are gonna see any of it, but the recent ice melting development allows for some exciting thoughts. Even on our end, with a diligent older texts search, we could produce certain results. That is for those who wants to explore further.

1849 Source​
TPTB is trying to get everyone concerned with the Global Warming a.k.a. Climate Change. Sounds like our Earth system is re-balancing itself and getting back to its original state. May be the narrative should answer up to what froze everything up some 500 years. To avoid that our pseudo-scientists prefer to blow "million year old" smoke up our everything. Sadly, the tactic appears to work.
Click to expand...

Maybe the ice is a veil? Perhaps literally? Perhaps figuratively? Or both...

What is being hidden/protected? Maybe someone in this agency knows: 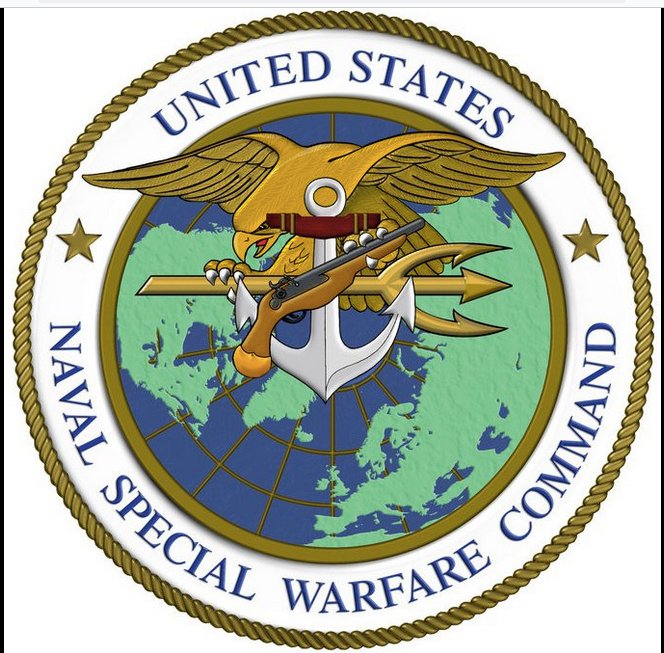 Exactly, where is that anchor anchored?​

This line about 12 billion tons of ice disappearing in 24 hours caught my eye.

I was just trying to look it up, and from what I can see, the amount of energy required to melt one single ton of ice would be 345796730 joules, which is supposedly equivalent to 96 kilowatt hours.

So it would seem that that article must be alleging that Greenland received an -additional- amount of energy in some 24 hour period that was equivalent to 96 killowatt hours times 12 billion. The normal amount of solar energy that Greenland receives, I suppose, was enough to keep everything in its normal freezing condition. So for the ice to melt, it must have been getting something above that, whether from the sun or volcanoes or whatever.

One of these pages I found says that on the average each square meter of the earths surface receives the equivalent of one kilowatt of solar energy per hour.

I didn't bother figuring out the square meter surface of Greenland.

It just seems unlikely to me that in some 24 hour period Greenland got 96 times 12 billion additional kilowatt hours of energy from whatever source. Even if these numbers are quite far off, I think in general it would require a lot of energy to melt so much ice so quickly.

Of course, this is not directly related to the canal issue, but I think it goes to the general unreliability to 'official' sources for information on any topic.

Volume to Weight conversions for common substances and materials
How much power does the sun give us? | Solar Powered in Toronto
You must log in or register to reply here.
Similar articles