Once Upon a Time in Russia...​
While looking for something totally unrelated, I ran into this sentence below. Considering the geographical area this sentence pertains to, the account is bizarre. 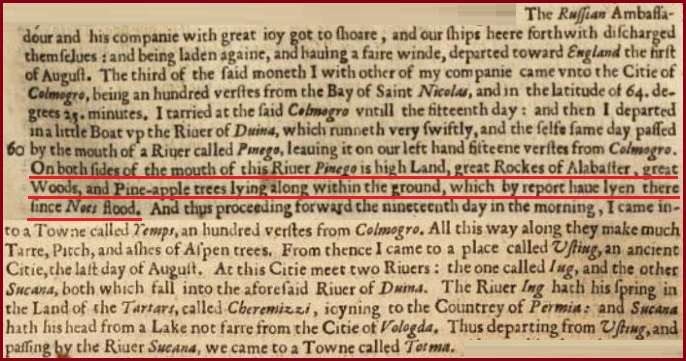 This here is the title page info from the linked 1625 publication: Purchas His Pilgrimes: In Five Bookes, Volume 3. 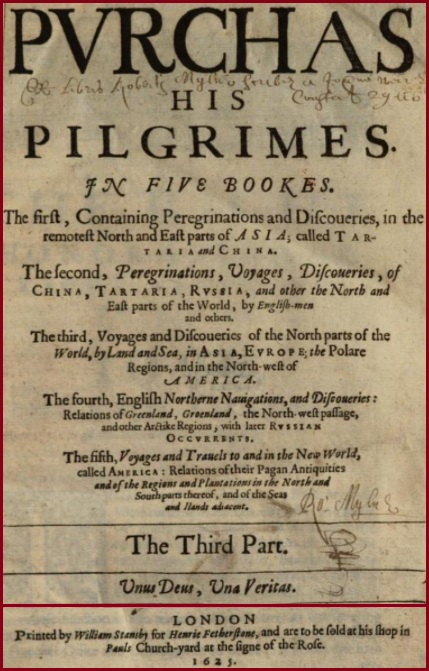 ​
The book published in 1625 tells us about the travels of Anthony Jenkinson. Among other places, he visited Russia some time after 05/12/1557.

Anthony Jenkinson​
Anthony Jenkinson (1529 – 1610/1611) was born at Market Harborough, Leicestershire. He was one of the first Englishmen to explore Muscovy and present-day Russia. Jenkinson was a traveler and explorer on behalf of the Muscovy Company and the English crown. He also met Ivan the Terrible several times during his trips to Moscow and Russia. He detailed the accounts of his travel through several written works over his life.

Pineapple Trees​
As far as I know, pineapples do not grow on trees. Even though pineapples are considered a fruit, pineapples actually grow on a plant close to the ground. Each pineapple plant bears exactly one pineapple. 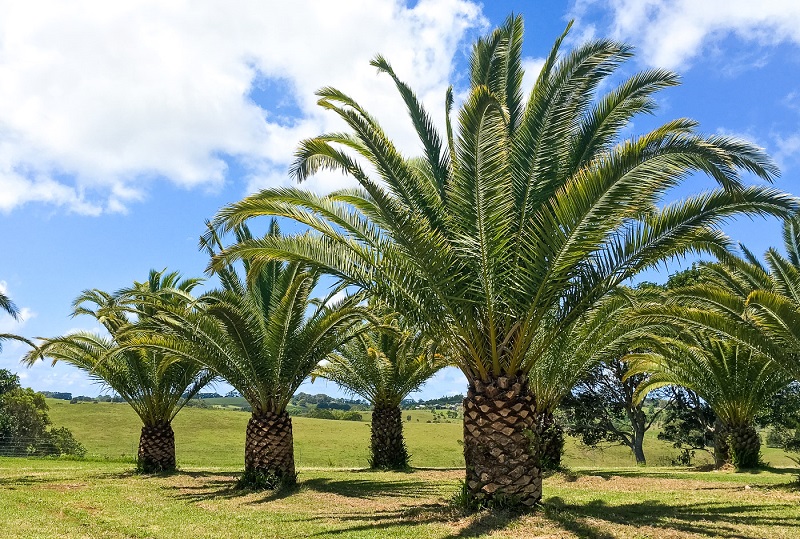 And then again, according to the botanical definition, palms are not trees but large, woody herbs.
Additionally, growing pineapple plants on the European side would completely contradict the known narrative:
Though we do suspect, that the PTB narrative (about pineapples too) is not exactly trustworthy:

The Climate​
Could pineapples or palm trees grow in Russia north of 63° N parallel? And if they could, what would that mean as far as former climate conditions go?

Here is one of the older maps showing the same area: 1562 Link.

​
To be honest, I am not sure whether Arkhangelsk used to be called Corelia? Corelia icould be submerged somewhere in the Dvinskiy Zaliv, and the above Colmogoro became Arkhangelsk. More map research would be required to form an opinion on that. 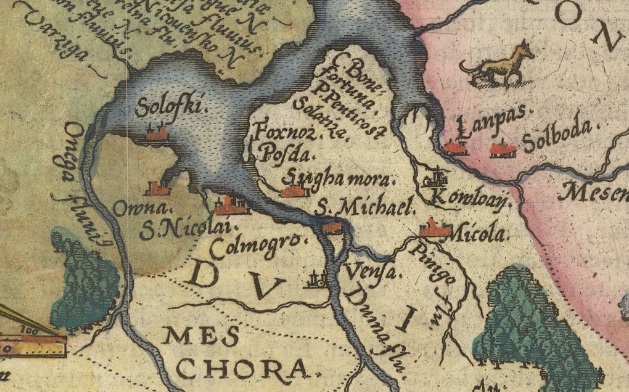 Noah's Flood​
Methinks, the reference to the Noah's flood should not be overlooked. Was Anthony Jenkinson (in 1557 AD, or ~5317 AM) not aware that Noah's flood was being placed at approximately 1656 AM? Sure he could not be stupid enough to think that fallen pineapple trees, or palm trees wouldn’t make it through the eternity of approximately 3600+ years.

KD: An idea of pineapple plants or palm trees naturally growing in the vicinity of the Arctic Circle, sounds ridiculously crazy.

I got a photo report from the Pinezhsky nature reserve (Arkhangelsk region). He has nothing to do with this topic, but I'll just give you a quote.

On the road, laid through a frozen swamp, we pass geomorphologists from Moscow State University. Scientists take soil samples that are available only in winter, study the ancient climate of the Arkhangelsk lands, they say that palm trees once grew here ...
Click to expand...

Did these palms grow a few million years ago (according to the official version) or a few hundred years ago? Here's the question ...

Those 16th century people knew about pineapple trees without conducting any soil analysis, which suggests that they had a chance to observe whatever was left of the trees. There had to be enough left to identify the remains for what they were.

In the text, we have a specific reference to the Noah’s flood. That’s what they thought some ~475 years ago. For me, it means that back then they had a specific opinion on certain things and events.

We are so used to millions of years being used left and right, we tend to ignore that durations like that are based on nothing but speculations and bad science. Noone knows what type of atmospheric conditions were present 700 - 1,000 years ago. The speed of carbon decay depends on the mentioned conditions. Things start to come out, but our historical reality is not gonna get changed by the PTB.
We are hopelessly lost trying to figure out the 19th century. That’s where we are, imho.

Maps indicate some drastic changes this terrarum went through 500-700 years ago, depending on what part of the world we talk about.

I wish those pineapple trees were at least as old as the traditionally dated Noah’s flood. Unfortunately, there are reasons to pay close attention to the events that took place just prior to the beginning of the age of discovery.

I'm begining to think the worldwide mudflood, deserted cities and catacombs full of bones are all the result of Noah's flood, just under 500 yrs ago.

I live in Dallas Texas and often find small seashells while digging and doing yard work on my property.

Who knows where Northern Tartary was? 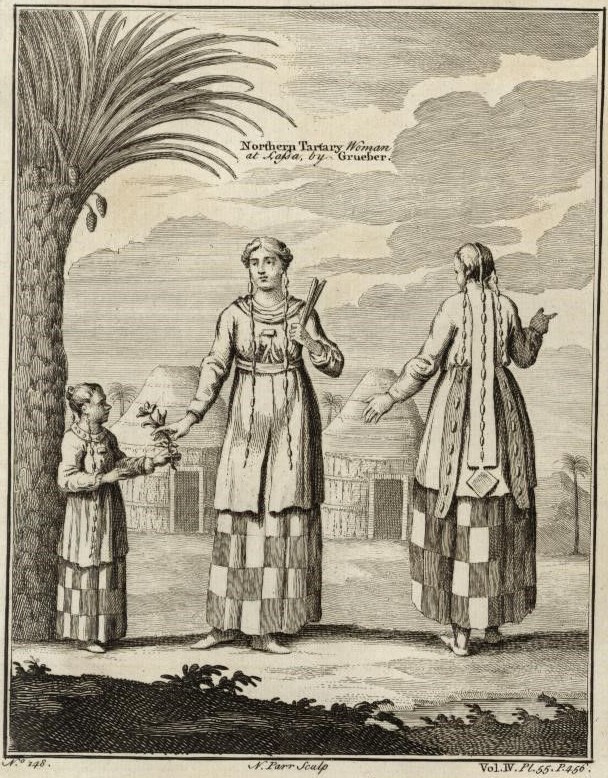 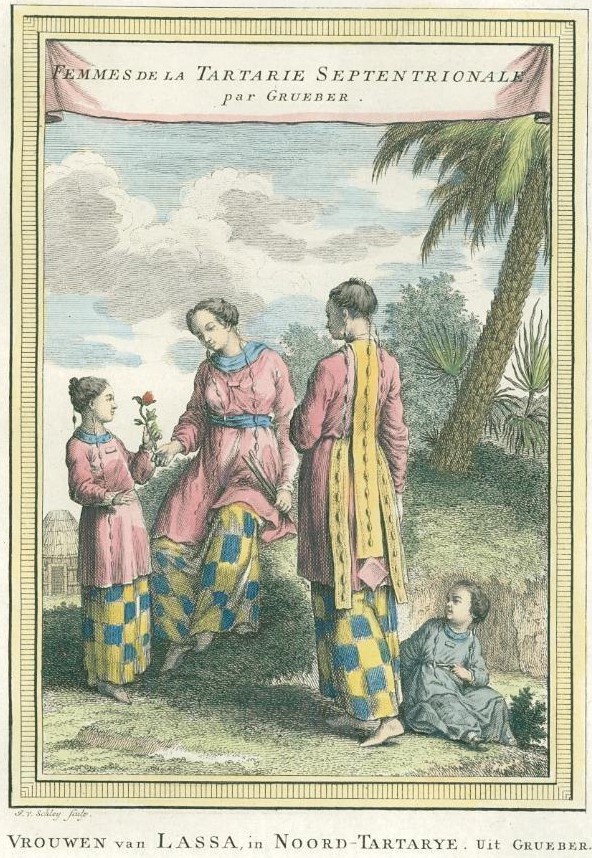