These images were e-mailed to me via links to this interesting website, and this one. It has some mud flood related photographs pertaining to Kansas City, accompanied by a BS narrative. They sure did remove a lot of dirt around 1870s. Correct me if I'm wrong, but it appears to be more than 20 feet from the top to the ledge these two are standing on. If we factor in the drop, we are talking about approximately 25 feet of dirt which buried the building(s) they are standing next to. 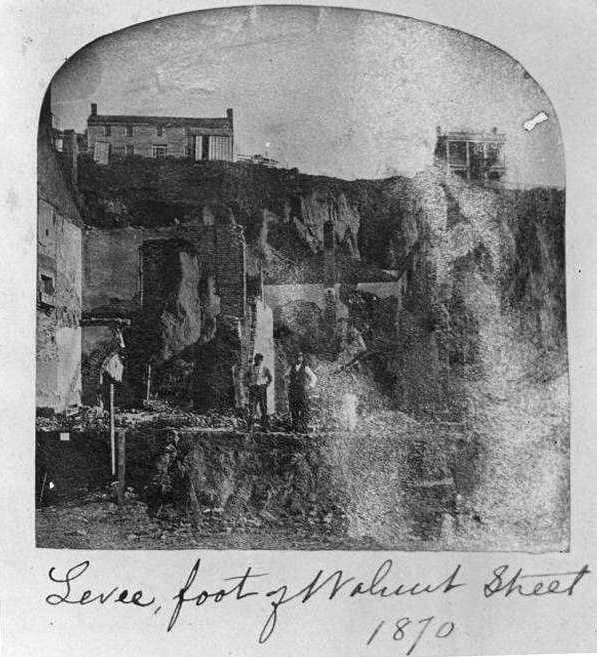 Early view of riverfront area with levee at the foot of Walnut Street.
​
And if the below image is really representative of 1886, than there is something seriously wrong when you factor in this article here: 19th Century: Tunnel Boring Machines 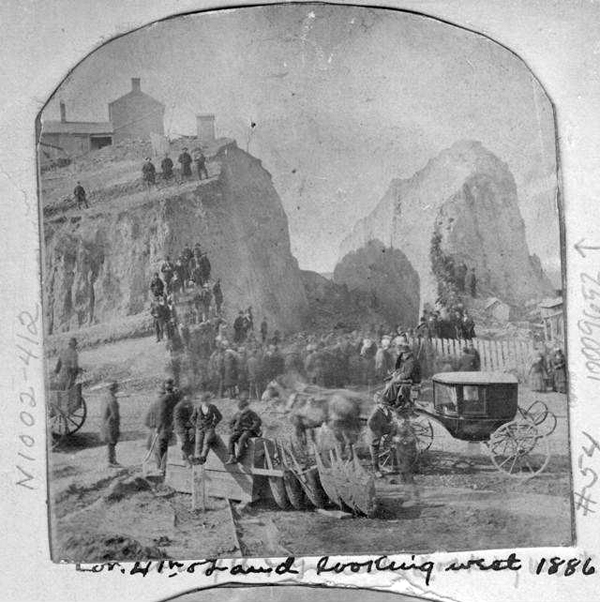 ​
In the mid-19th century, Kansas City was often referred to as ‘Gully Town’ because of the deep trenches dug into the high bluffs that used to surround the Missouri River. The underlying limestone bedrock provided a much more stable foundation on which to build. 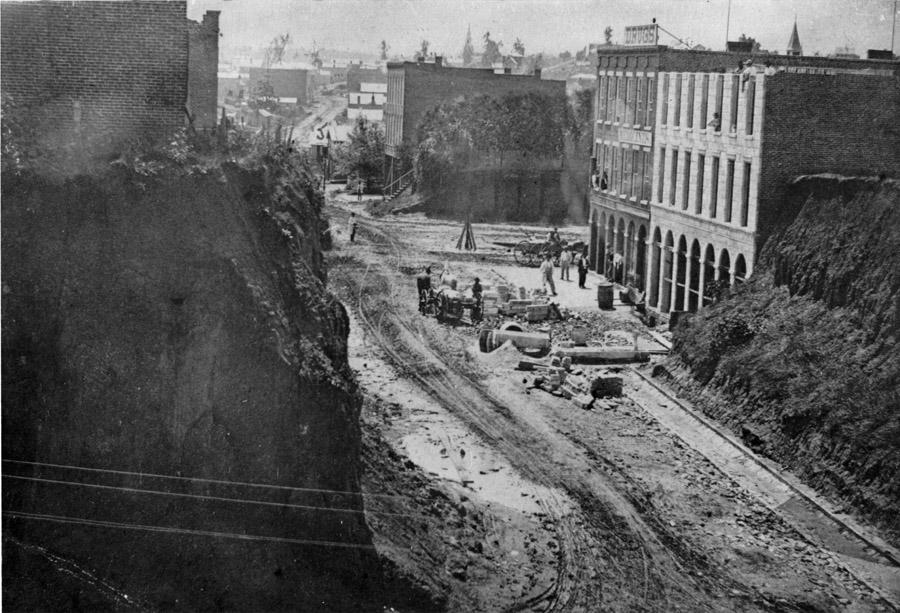 KD, Check out these "dug-out" homes in and around Kansas City in the mid to late 1800's.
They tell us these were purposefully built this way.

.
Also look at the landscape surrounding many these dug-out homes -completely barren, nothing but dirt as far as the eye can see.
KD, I've been reading through the archives of the Magazine of Natural History and found some evidence to suggest something strange was occuring with Earth geophysically starting in at least the mid 1700's up until this article was written in 1834. How well we can trust a publication such as this is up for debate. Like with most everything else that comes from the mainstream, there'll be some truth nuggets sprinkled in.

In this edition from 1834, an article mentions the seasons being out of whack, migratory animals losing their way, frequent severe and unusual weather events, the Aurora Boriellis being visible at low latitudes, and a change in the winds and ocean currents. So rough and dangerous were the seas one year, ships were stranded in foreign ports for a period of no less than 3 months before it was deemed safe to set sail once again.

There's also mention of increased volcanism and massive meteor showers occuring during this time period. One such shower witnessed all up and down the east coast of America was said to have rained down hundreds of thousands of fireballs from dusk till dawn.

To me it sounds like a possible geomagnetic excursion might have been taking place. I dont think a full-fledged reversal occured but it came close. Whatever it was, it wreaked havoc for a period of at least 100 years (mid 1700's to the mid 1800's.

Check it out for yourself. There's at least 2 articles discussing the issues I mentioned above.

Last edited: Apr 23, 2021
You must log in or register to reply here.
Similar articles