Saint Petersburg Kazan Cathedral was not built when they say it was...

I believe this is one of those cases where the global censorship and historical assignment committee failed to do its job properly. They still did an awesome job, but with the amounts they had to deal with, they were prone to have certain objects slip through the cracks.

It appears that a certain Russian historical marvel located in Saint Petersburg, and called the Kazan Cathedral is one of those missed buildings. And we have a certain Swedish artist to thank for this. His name was Benjamin Paterssen.

Construction of the cathedral started in 1801 and continued for ten years under the supervision of Alexander Sergeyevich Stroganov. Upon its completion in 1811, the new temple replaced the Church of Nativity of the Theotokos, which was disassembled when the Kazan Cathedral was consecrated.

The information we need is this: 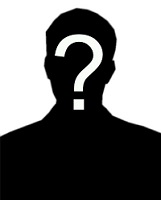 1748 - 1815
​
Fortunately for us, there was this Swedish-born Russian painter and engraver; known primarily for his cityscapes. Unfortunately, the history did not preserve his own image, but it did save quite a few paintings of his.

Around 1800, on a commission by Tsar Paul I, he created a series of works depicting the banks of the Neva, which earned him an appointment as court painter. Most of his works are currently held by the Hermitage and the Pushkin Museum.
What's interesting, out of the above English language sources only one contains the painting we need. But there are quite a few I was able to locate via Google Image search:


View of Kazansky Cathedral as Seen from Nevsky Prospect
1800​
Basically, what we have is the Kazan Cathedral fully built, with no signs of recent construction allegedly painted by Benjamin Paterssen in 1800. Meanwhile, the official version states that the Cathedral construction started in 1801, and was not finished prior to 1811. 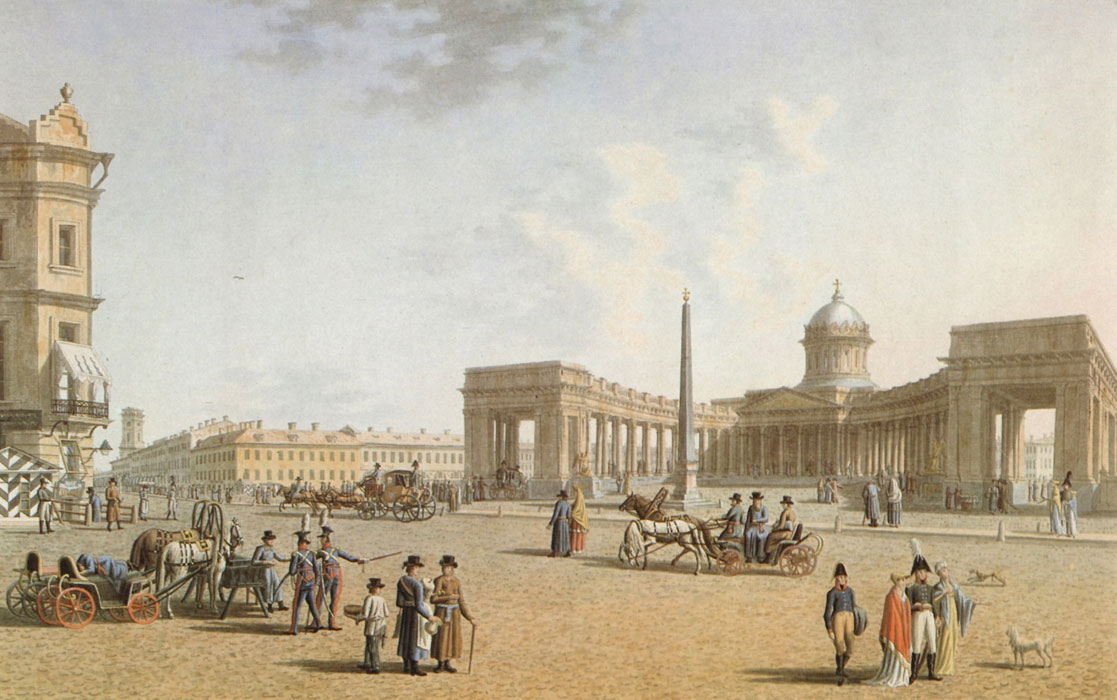 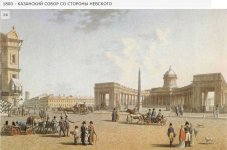 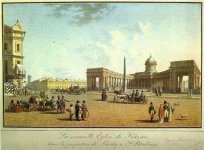 ​
Remarkable, but for whatever reason the above painting had to be redone. It is titled "View of Kazansky Cathedral in 1821". I was not able to figure out who did the 1821 painting, so if you figure it out, please let us know. 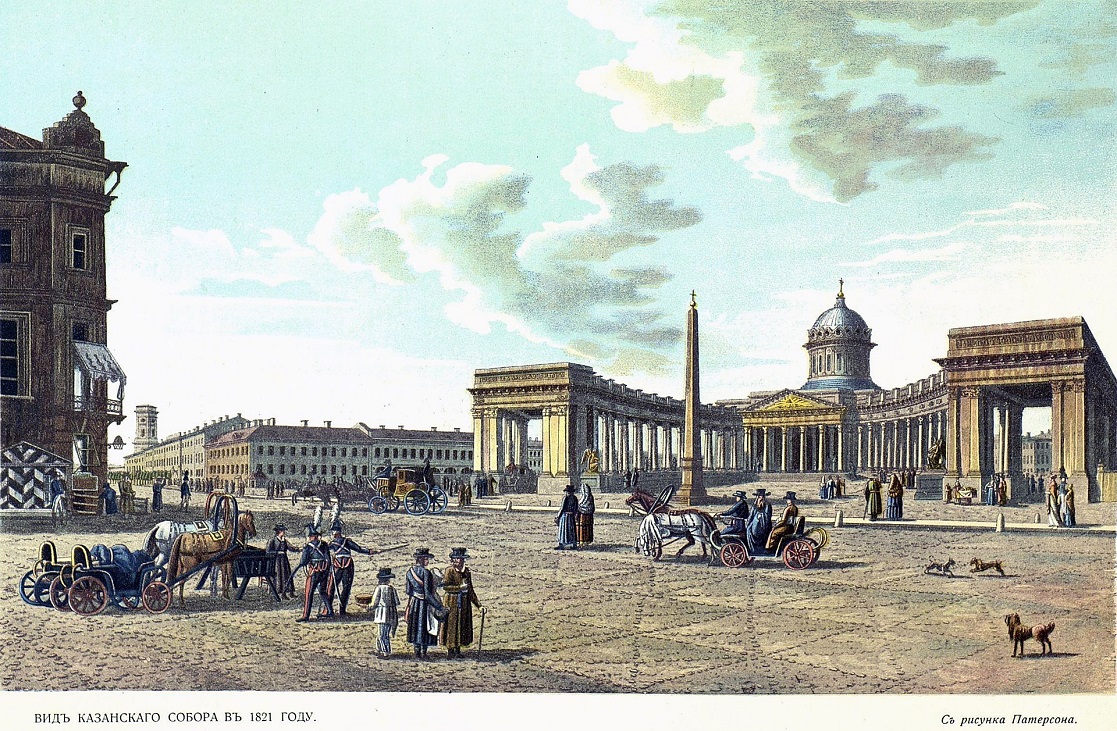 ​
Do you see anything different in the above images. I only see one major difference not related to a few missing people and an extra dog. Those are two different types of crosses on the obelisk.

​
I do not know how significant the cross difference is, but here are some different types of crosses out there. 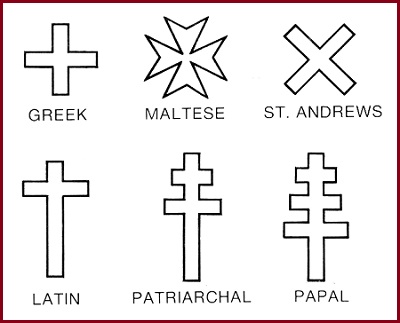 The Kazan Cathedral Floors​
I am not going to elaborate much on the 3D original marble floors, and solar symbols inside the Christian Cathedral. I doubt every single marble floor professional of today would be able to make a floor like this. Here are some pictures of the floor. 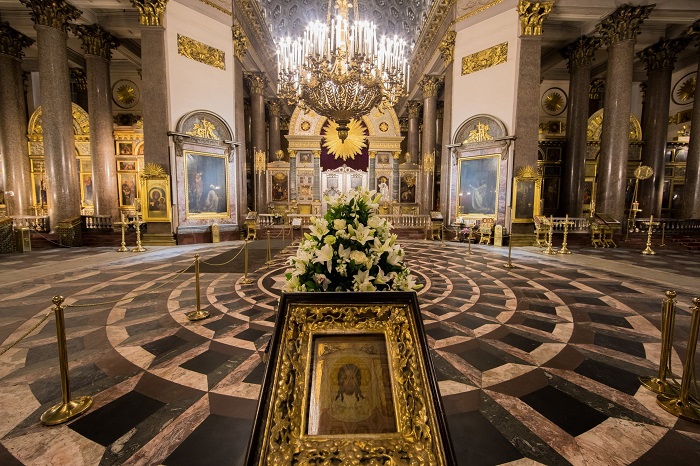 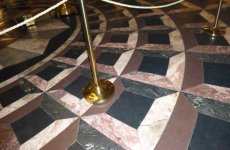 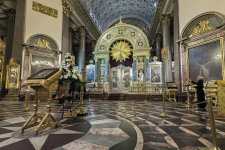 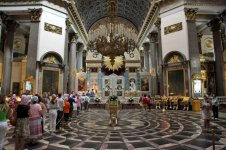 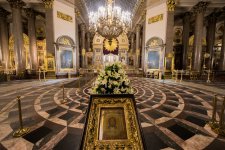 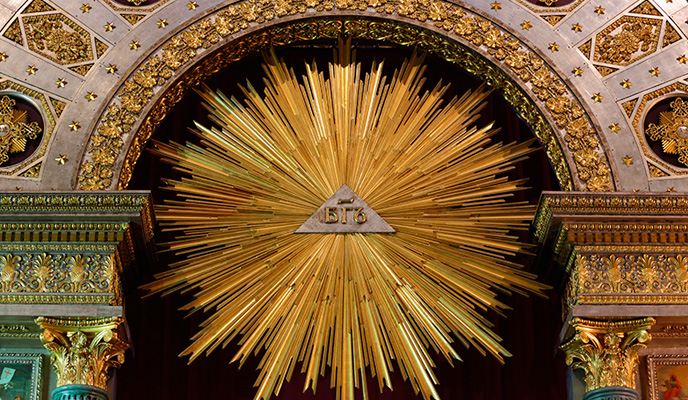 Obelisk vs. Fountain ​
For whatever reason the original Obelisk had to be replaced with a water fountain. I do not know why it had to be done, but it appears there was a reason for everything. 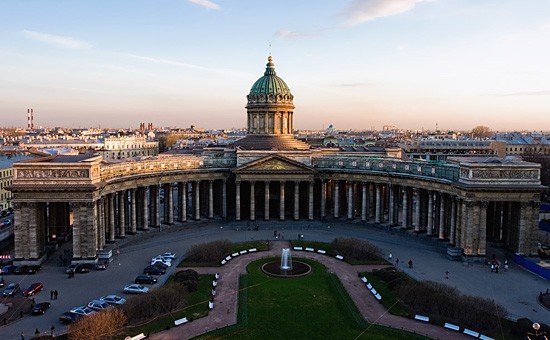 KD: I think we have this "leftover" building, which came with the city later named Saint Petersburg, Whatever the original purpose of this building was I do not know, but it sure was not a Christian Cathedral. Of course, this is only my opinion. Yup, I do not think it was built by the officially reported individuals. Tartarians?
Click to expand...

And in a city that was possibly dug out, on the left, by the guardhouse, we have a gentleman apparently descending some steps to access the door to the building that is... below street level.

Yup, descending he is. 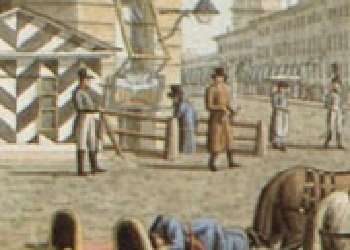 The gold colored Freemason symbol above the main entrance behind the obelisk is not there in the older painting.

Mike Nolan said:
The gold colored Freemason symbol above the main entrance behind the obelisk is not there in the older painting.
Click to expand...

And if it is there, it sure is invisible. I wish we had a better quality image.

Found this interesting piece published in 1809. I keep on thinking that there is more to this column than we are allowed to know. Wondering if it had anything to do with the Alexander Column. 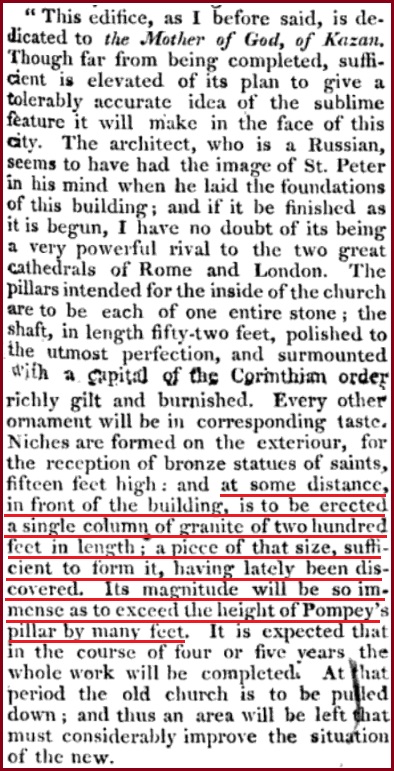 The second "painting" looks to be an engraving after the actual painting. Great finds.

It is interesting that the controllers like to hide obelisks. Understanding how the tartarian technology works is key to defeating the new world order. The words of DIELECTRIC are hard for me to grasp but I think he is very close to understanding how free energy works; here are some of his quotes:

People way smarter that me should read through all of DIELECTRIC's posts and figure out this free energy enigma? The shill einstein has led us astray for too long. If the tartarians deciphered free vibrational energy then so can us. The obelisk looks very simmilar to... 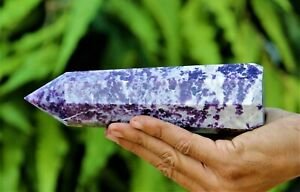 Are you saying the obelisk in the drawing powered the building behind it?
If so where is your evidence?

Some of us on here, me included, have read an awful lot of stuff dielectric has posted since SH v1 it's a tough slog and he gets very upset if you question him, or he did he may have mellowed now, but I recommend you seek out all of his posts on all of his threads on all SH versions and when you come across the link in one or two of them please click through and do have a good read his forum thread he has been running for donkey's years on another forum whose name escapes me, sorry.

I believe the obelisk was part of the functioning of the building as a whole. I dont understand the tech involved, but striving to understand how free energy works. I believe the structure was built by people whom harnessed free energy. The key to free energy lies somewhere in understanding what magnetism really is and how that relates to a vibrating crystal superfluid that surrounds the air bubble we live in.
J

Wil-I-am said:
I believe the obelisk was part of the functioning of the building as a whole. I dont understand the tech involved, but striving to understand how free energy works. I believe the structure was built by people whom harnessed free energy. The key to free energy lies somewhere in understanding what magnetism really is and how that relates to a vibrating crystal superfluid that surrounds the air bubble we live in.
Click to expand...

Thank you for your explanation.

I like to look into the masterminds behind these publications. This one is alleged to have come from the Edinburgh Review:

The third Edinburgh Review became one of the most influential British magazines of the 19th century. It promoted Romanticism and Whig politics. (It was also, however, notoriously critical of some major Romantic poetry.)

Started on 10 October 1802 by Francis Jeffrey, Sydney Smith, Henry Brougham, and Francis Horner, it was published by Archibald Constable in quarterly issues until 1929. It began as a literary and political review. Under its first permanent editor, Francis Jeffrey (the first issue was edited by Sydney Smith), it was a strong supporter of the Whig party and liberal politics, and regularly called for political reform... 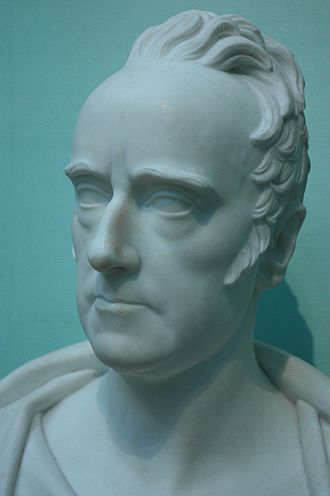 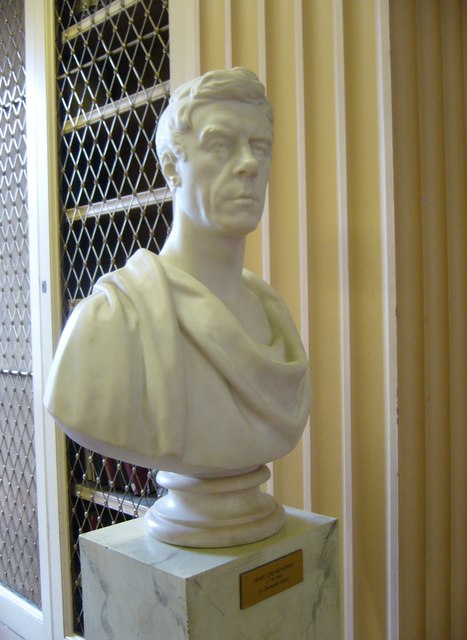 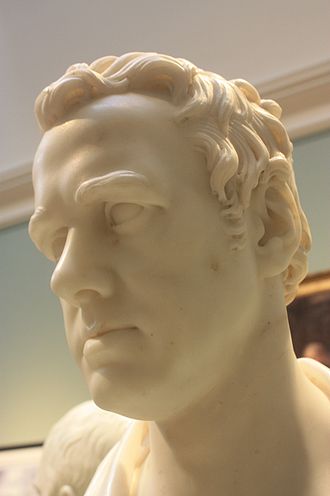 Sydney Smith was unavailable for a bust, for he was just a lowly cleric/writer. Seems like the Edinburgh Review was likely initially his passion project, but out of those four, who do you think the real power of the ownership group was?
You must log in or register to reply here.
Similar articles